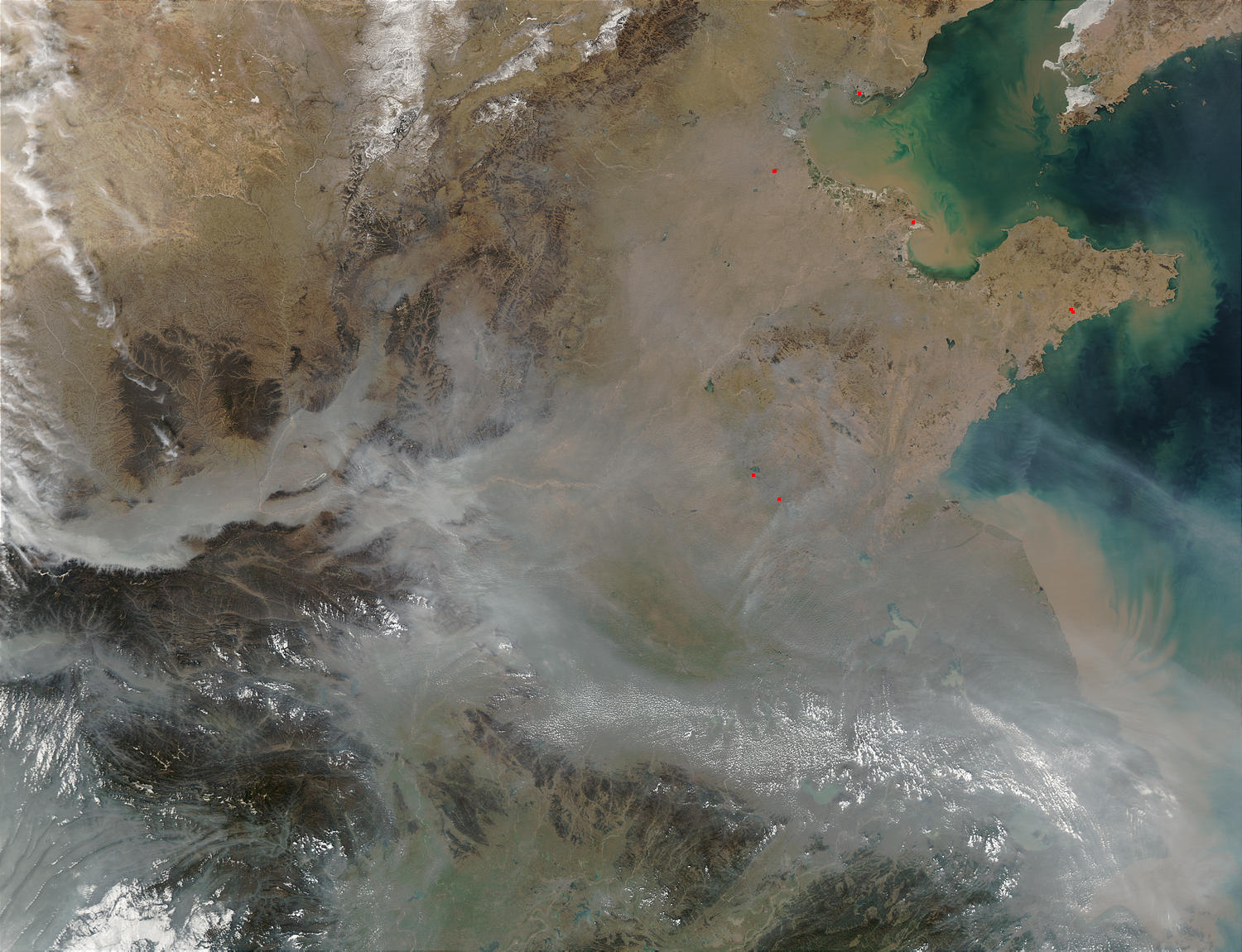 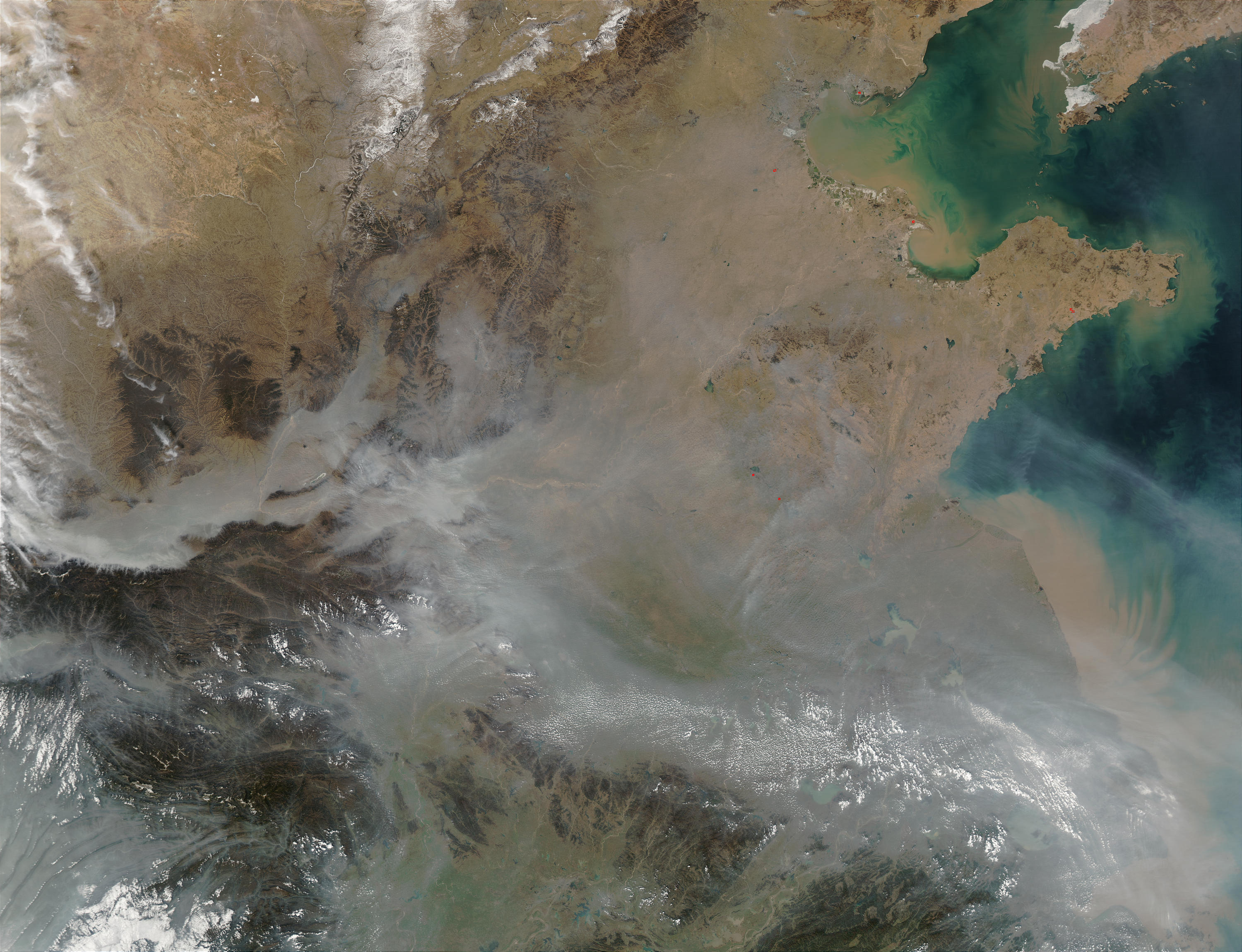 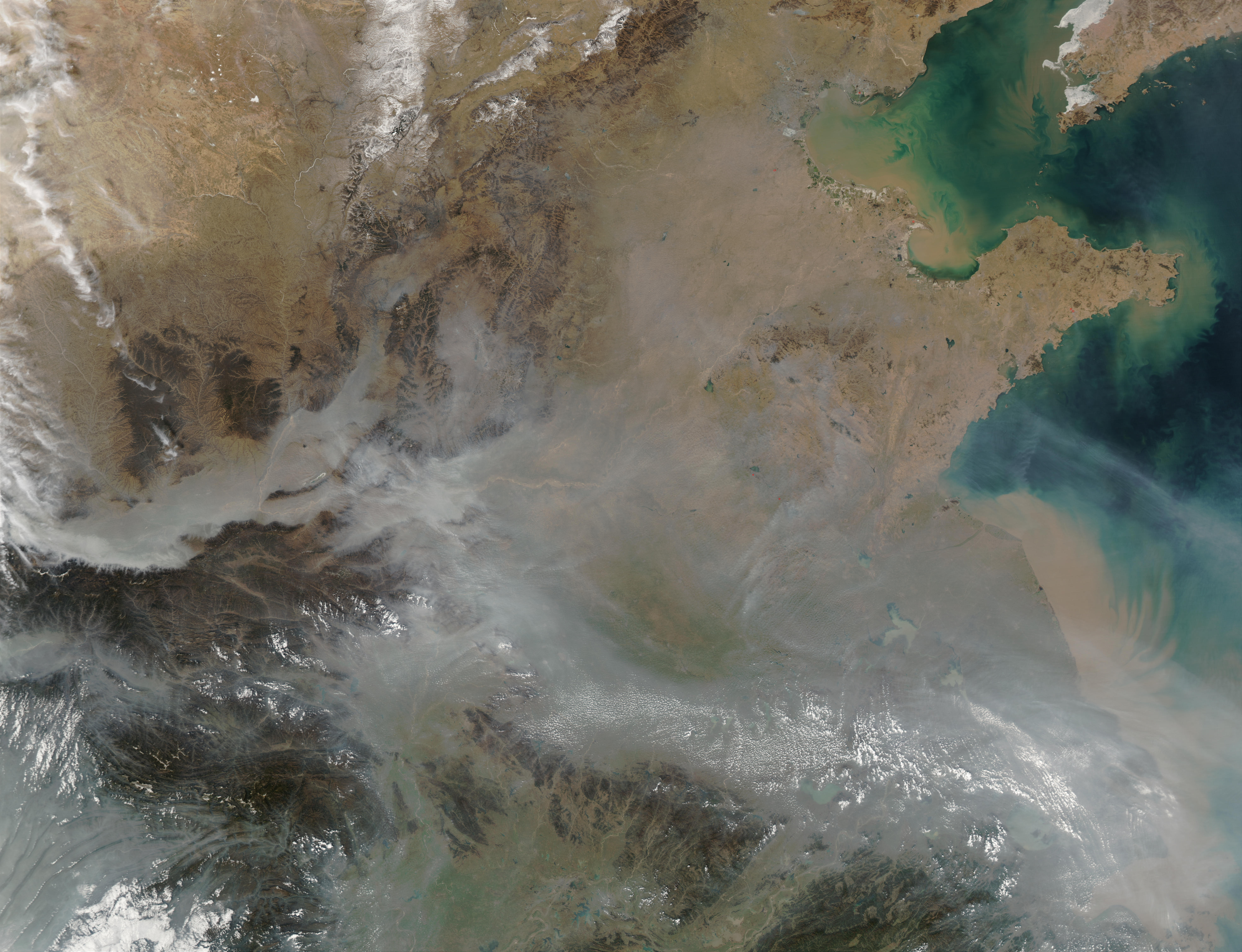 The Moderate Resolution Imaging Spectroradiometer (MODIS) sensor aboard the Aqua satellite observed a heavy pall of pollution (gray pixels) over much of eastern China on February 19, 2003. The haze appears to be particularly thick over the Shaanxi and Henan provinces in the eastern central part of the country. Notice how the pollution tends to “pool” up around mountainous terrain in the higher resolution version of this scene.

The various light brown hues show bare land surface, while the darker browns show vegetated landscapes. A heavy discharge of sediments into the Bo Hai Bay and western Yellow Sea are coloring the surface waters caramel. There are a few red dots in this scene, indicating the locations of active fires.