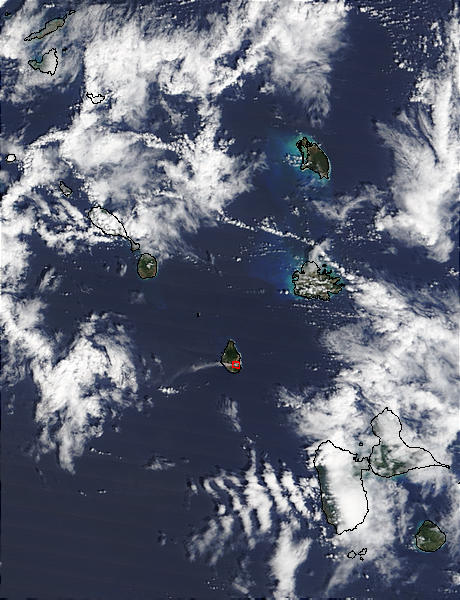 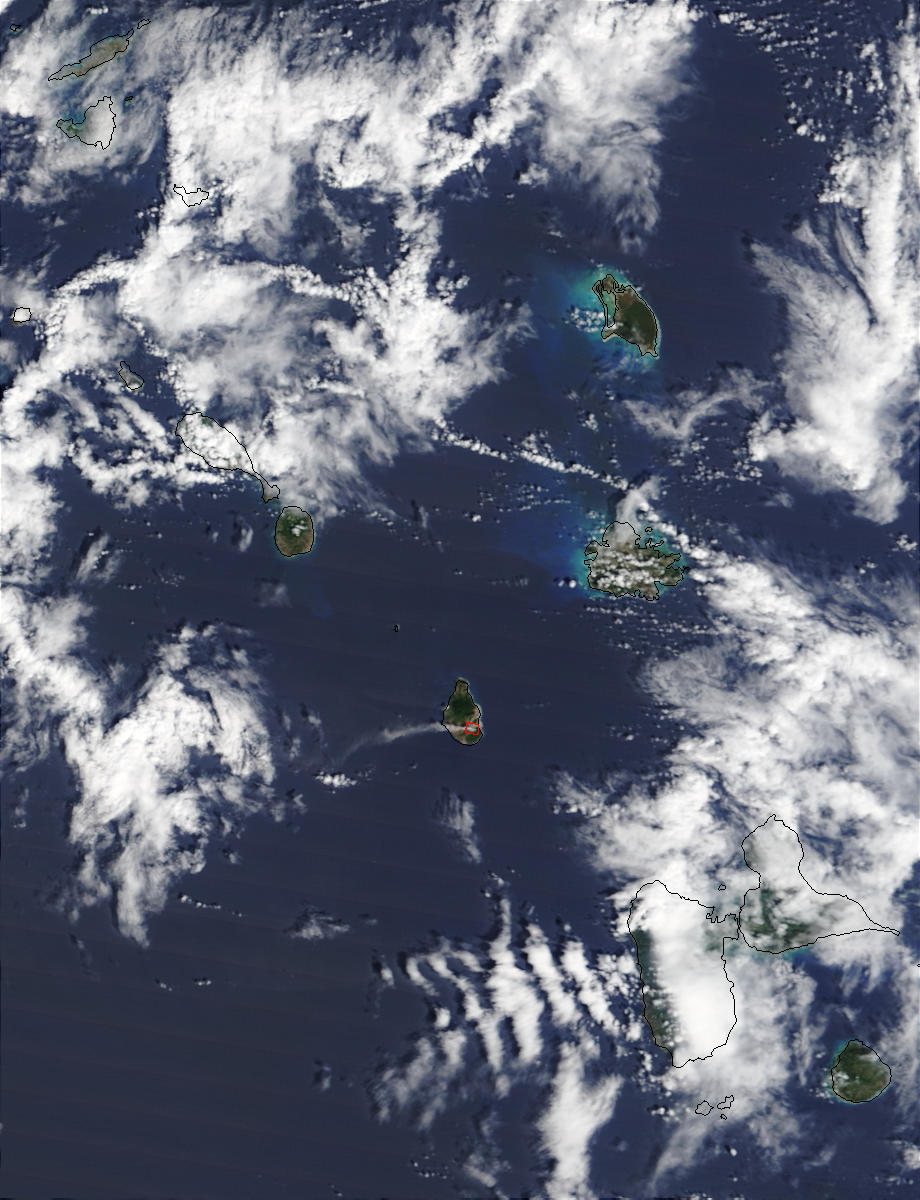 Between February 7 and 14, 2003, the Soufriere Hills Volcano on the island of Montserrat experienced moderately high volcanic activity, with hundreds of rockfalls and minor earthquakes. In this true-color Moderate Resolution Imaging Spectroradiometer (MODIS) image from the Terra satellite on Feb. 16, the thermal signature of the erupting volcano is marked with a red outline. A plume of smoke and ash drifts westward from the summit. Montserrat is part of the Lesser Antilles chain of islands that have formed where the Atlantic tectonic plate and the Caribbean tectonic plate meet.