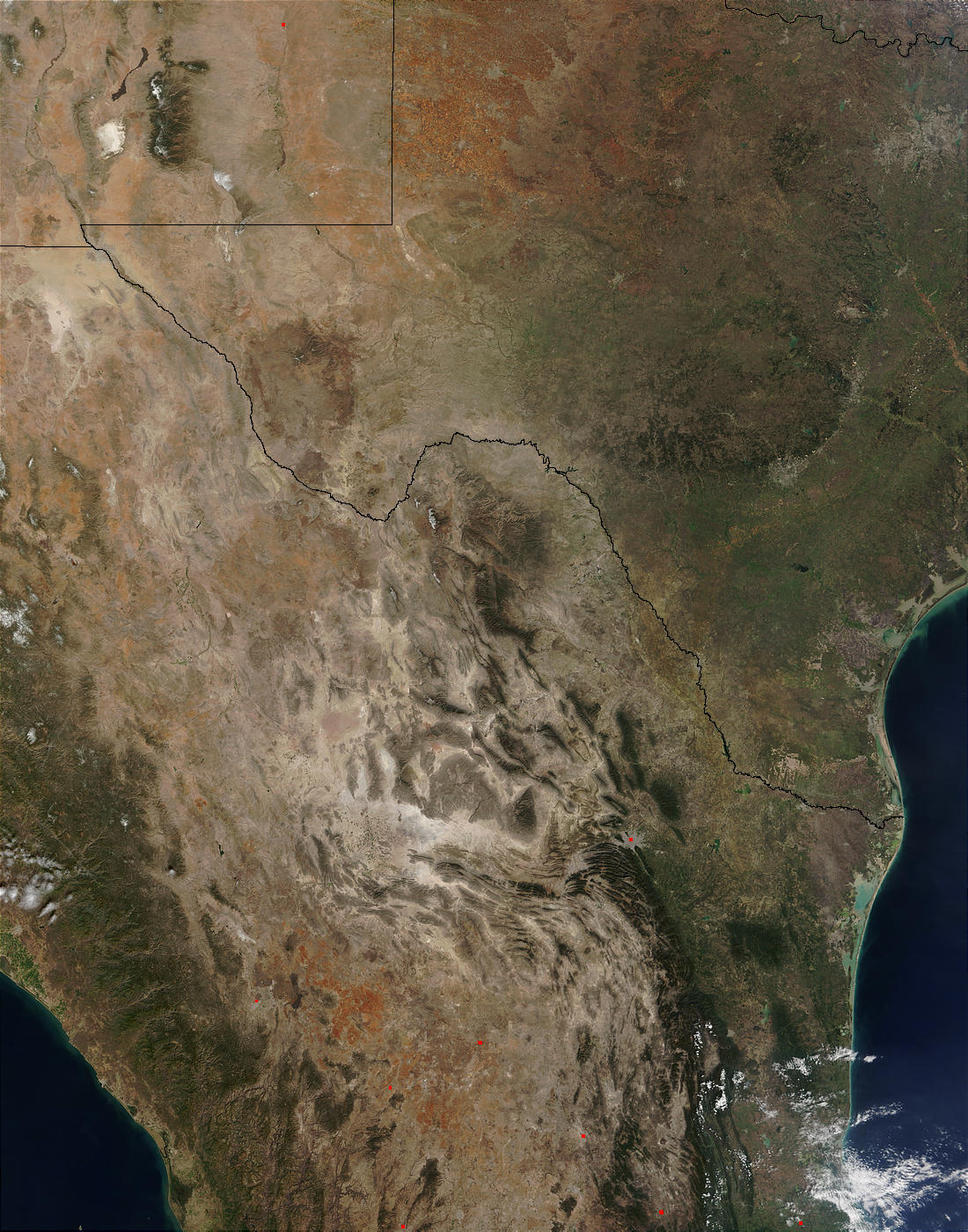 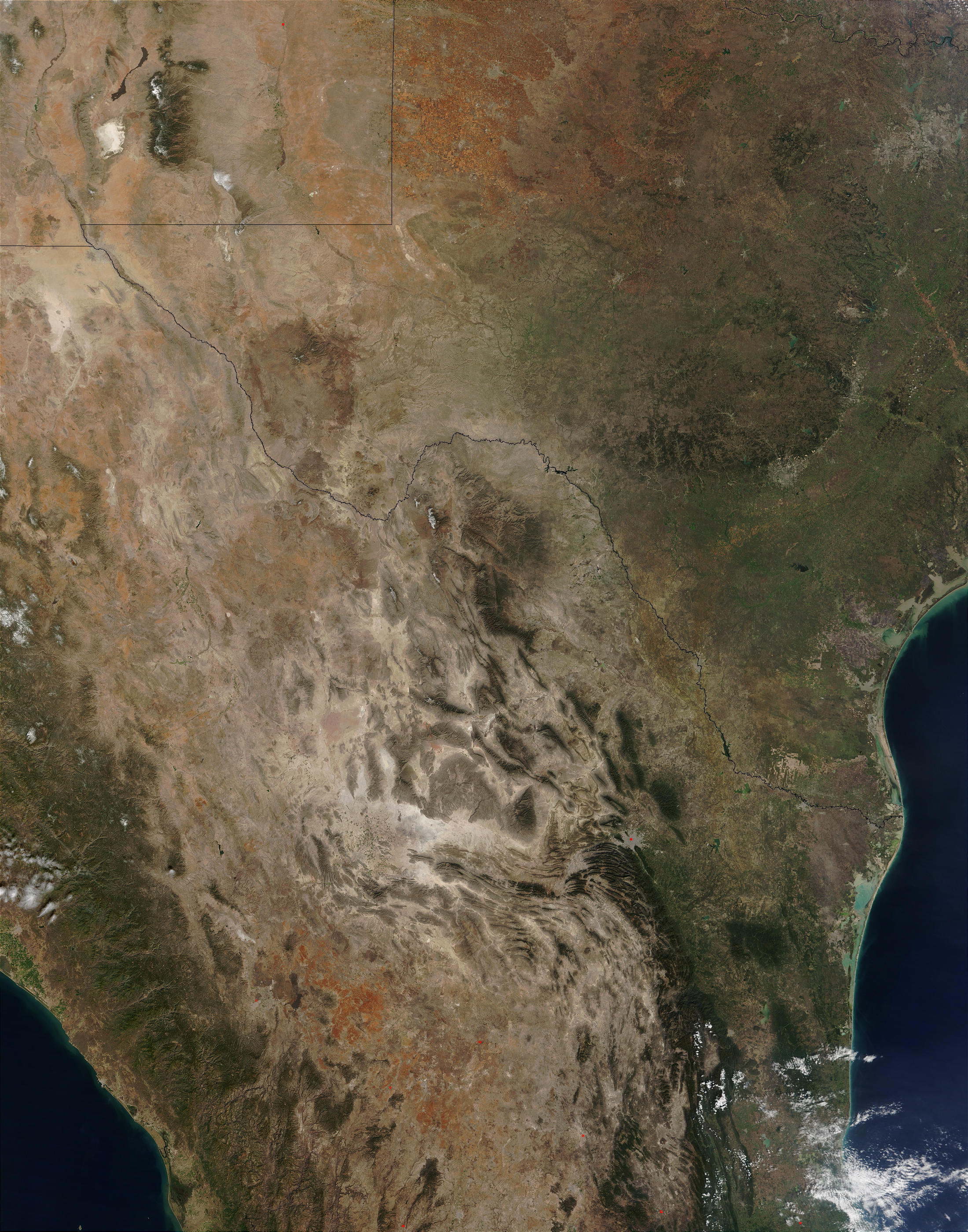 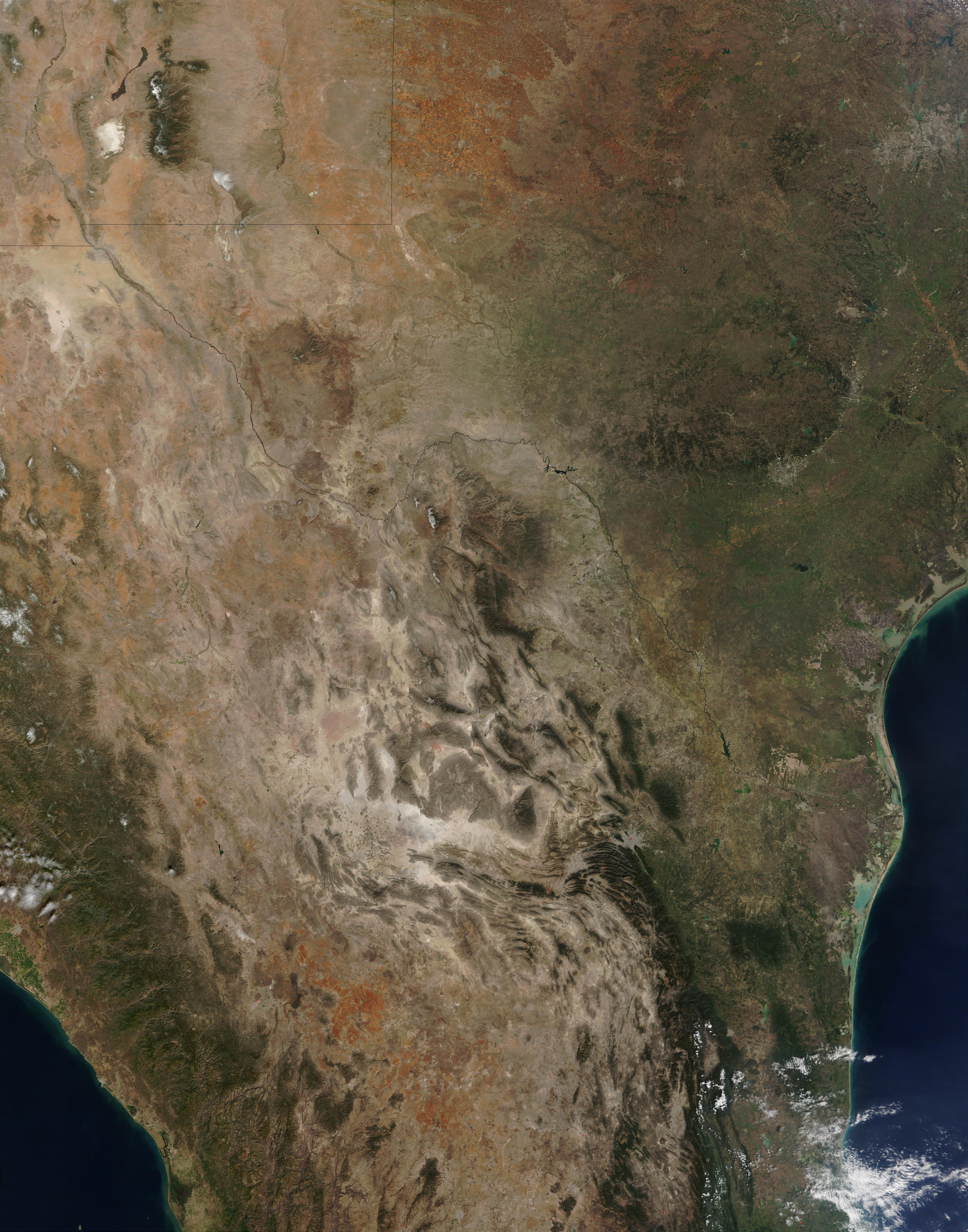 New Mexico, Texas, southern Oklahoma, and northern Mexico are a myriad blend of browns, oranges, and greens in this true-color Terra MODIS image acquired February 22, 2003. Ranging from mountains to high deserts to scrub-covered hill country to coastland, this region of North America is home to diverse landscapes and people. A number of major cities are visible as gray spots on the land: El Paso at the Texas - New Mexico - Mexico border; Dallas-Fort Worth in northern Texas; Austin in central Texas; San Antonio in southern-central Texas; and Monterrey in the central Sierra Madre Oriental Mountains. Also visible are a number of fires, marked in red, one of which is located in Monterrey.