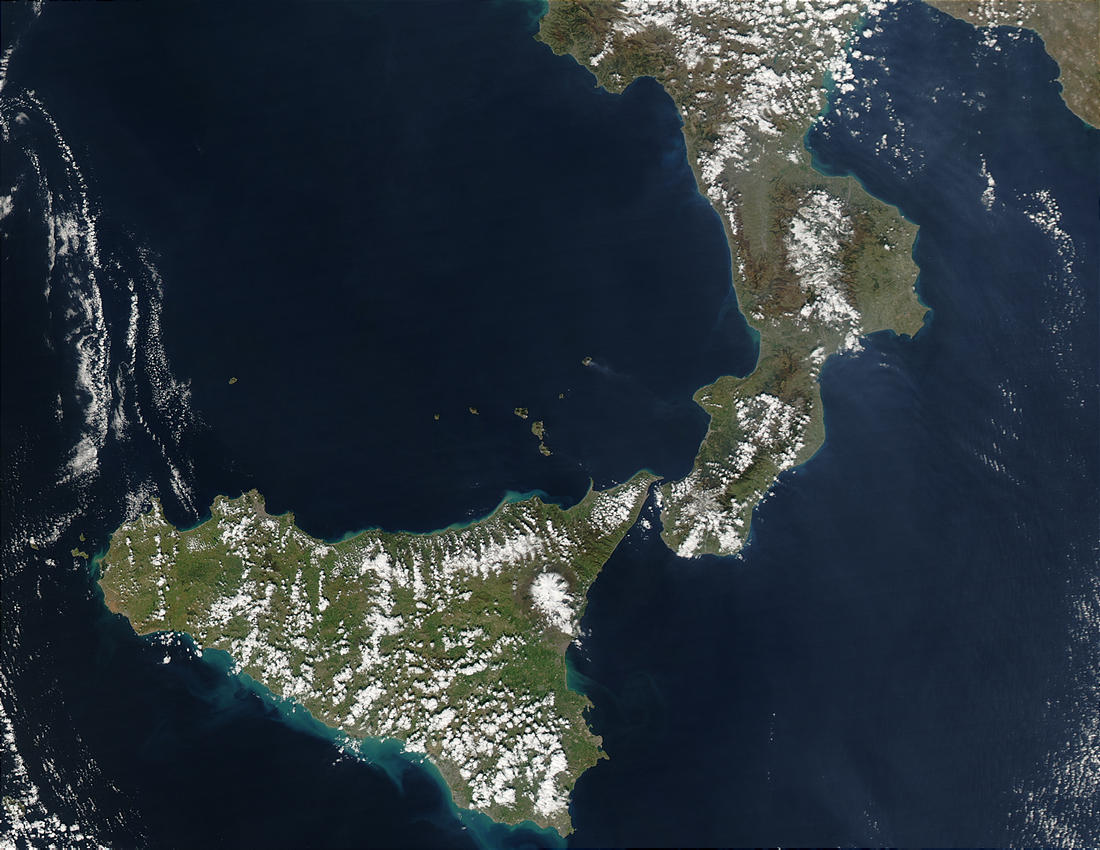 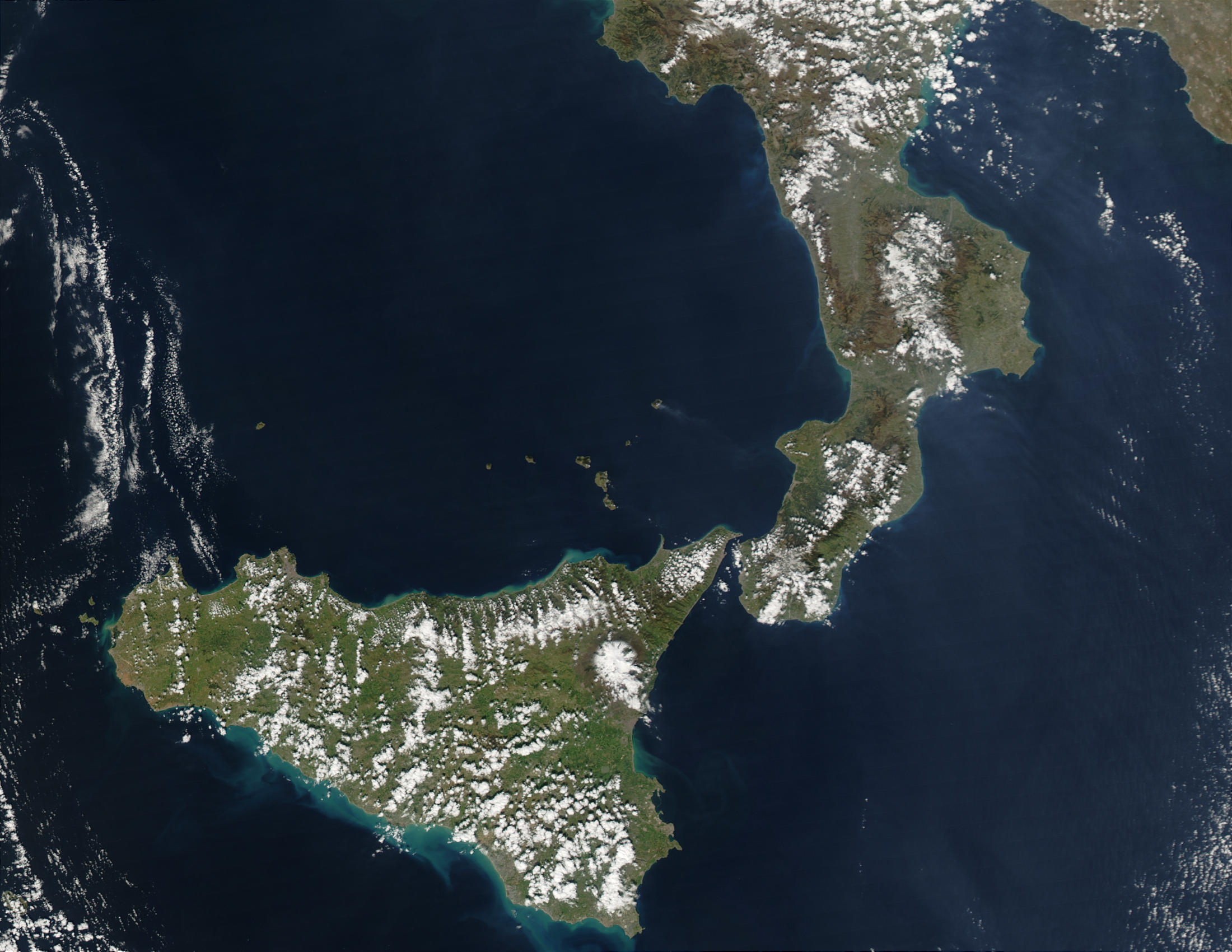 The northernmost of Italy’s Aeolian Islands, Stromboli is simply the summit of a volcanic mountain that rises up out of the sea. The volcano has been in a virtually constant state of eruption since Roman times, and its spectacular nighttime eruptions make it a popular volcano-watching location. In recent times, most eruptions result in lava and pyroclastic flows toward the northwest coast of the island. This image from the Moderate Resolution Imaging Spectroradiometer (MODIS) on the Aqua satellite on March 5, 2003, shows a plume of emissions from Stromboli wafting eastward over the Mediterranean Sea toward Italy. No thermal (heat) signature was detected by MODIS at this time.