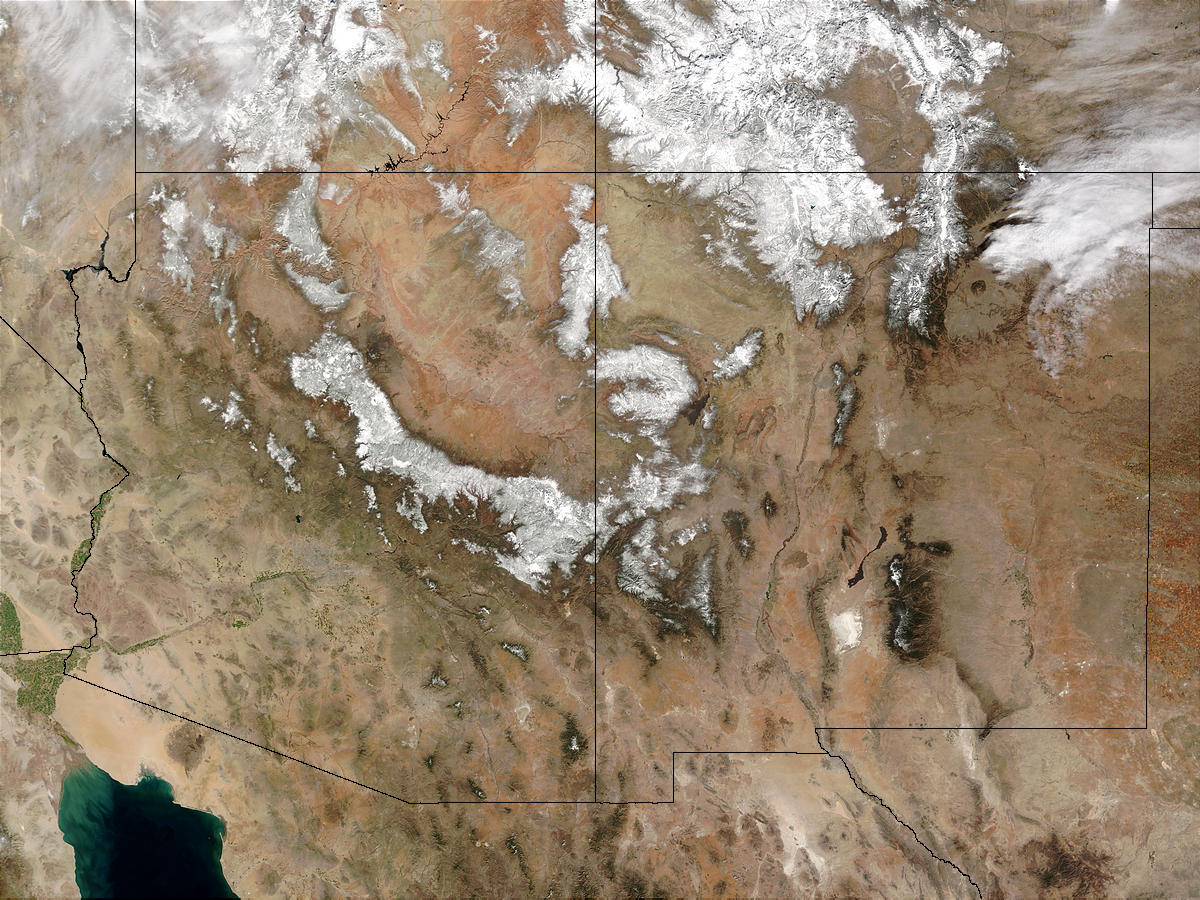 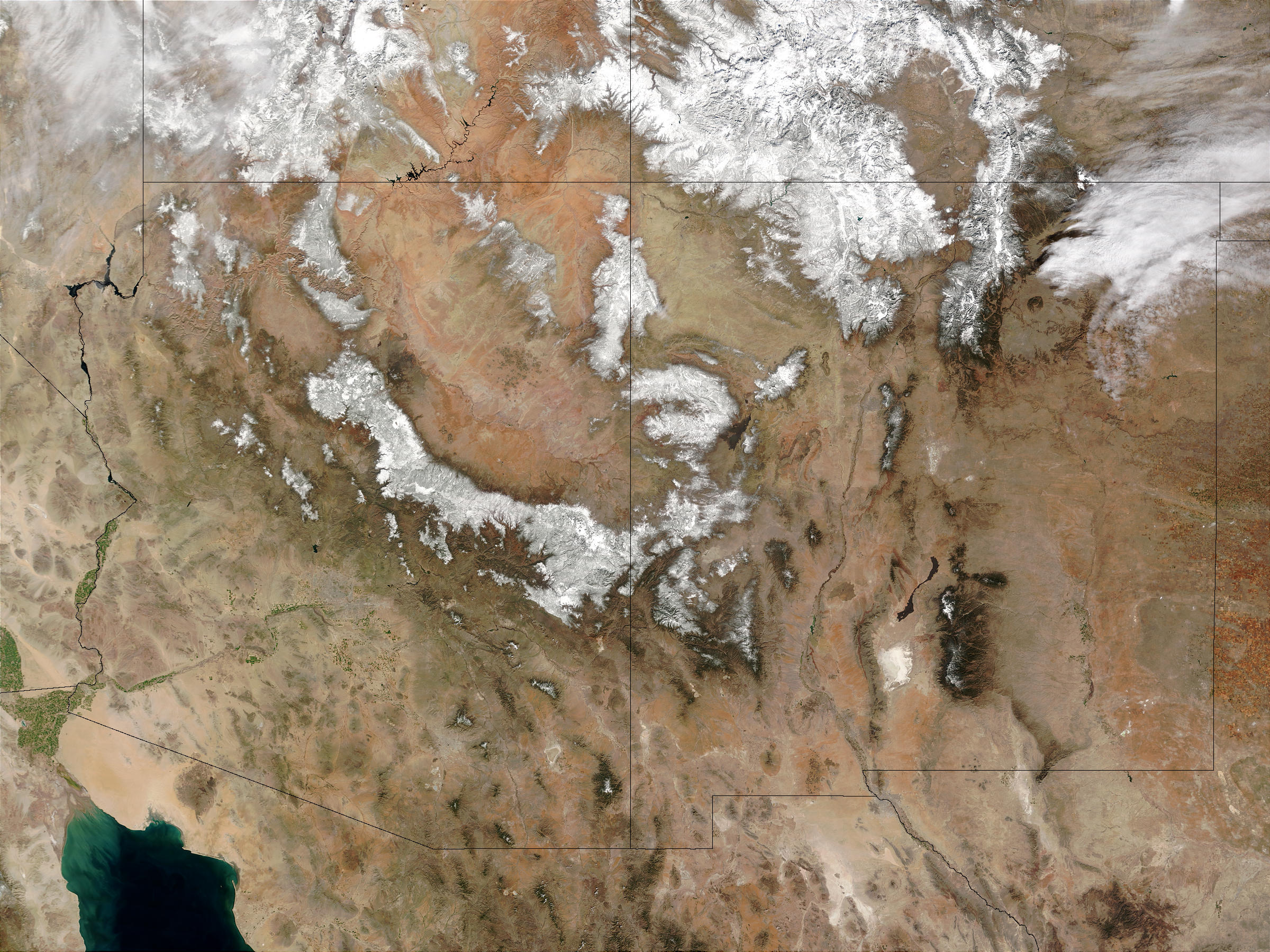 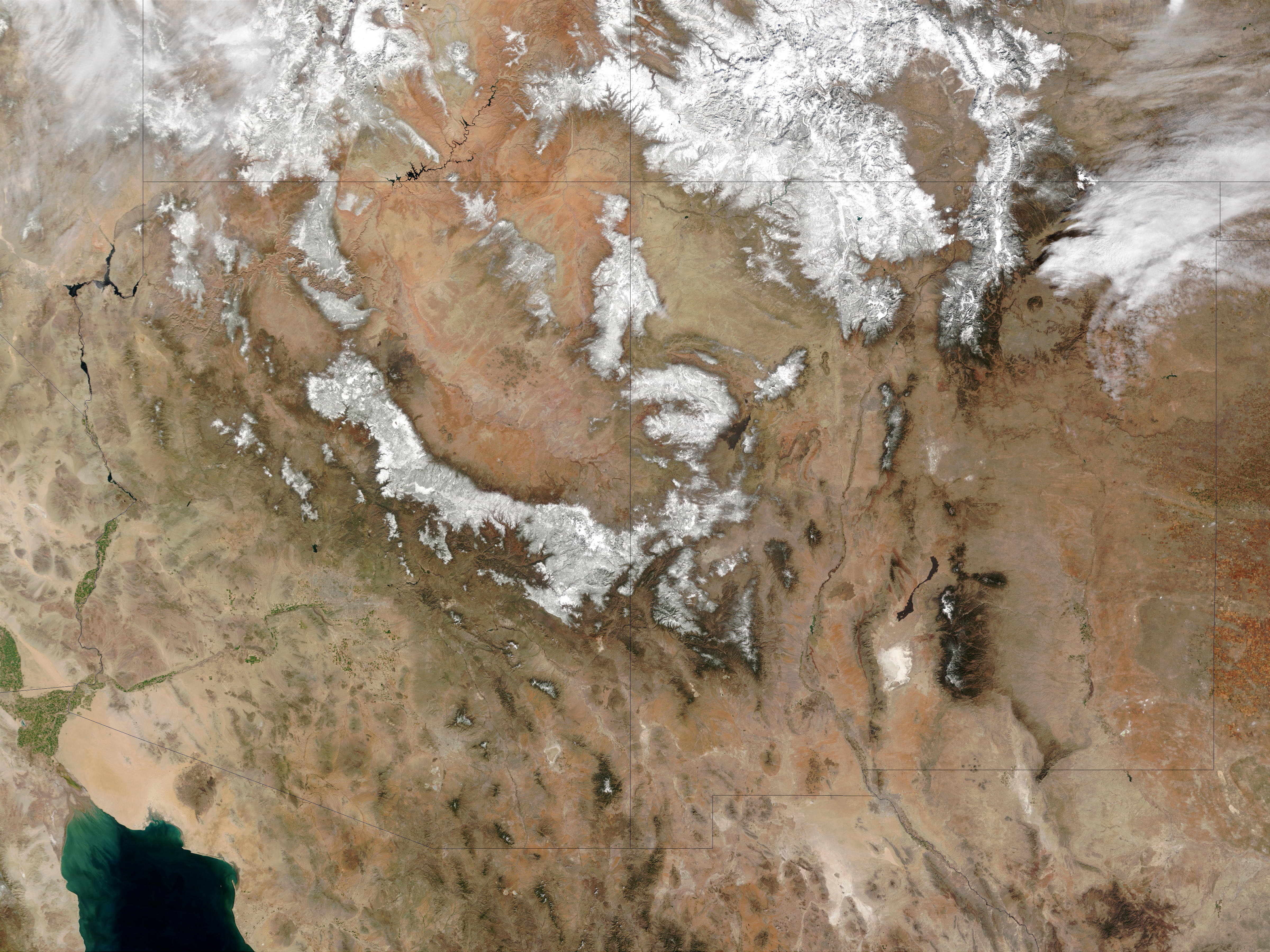 Snowfall across the semi-arid terrain of the Southwest U.S. creates beautiful contrast in this true-color Moderate Resolution Imaging Spectroradiometer (MODIS) from the Terra satellite on March 3, 2003. The higher elevations of the Four Corners states in the center of the image are all dusted with snow; (clockwise from top left) Utah, Colorado, New Mexico, and Arizona all received a blast of wintry weather.

The Colorado Rivers traces a deep blue path across the salmon-colored rocks of the Colorado Plateau, flowing southwest across the border of Utah and into Arizona. Just inside Arizona, the river cuts westward through the Grand Canyon; the snow on the Keibab Plateau makes it easy to see how the river divides the plateau. All along its course, the Colorado is siphoned off for human use, and where the life-giving waters flow, patches of green vegetation spring up in the desert. With all the demand, the river runs dry (see high-resolution images) before reaching its normal outlet at the Gulf of California (bottom left).

In New Mexico, the Rio Grande traces a southward path through the center of the state, becoming the border between Texas and Mexico. In southern New Mexico, a bright patch marks the location of the White Sands National Monument. To the east are the Sacramento Mountains.