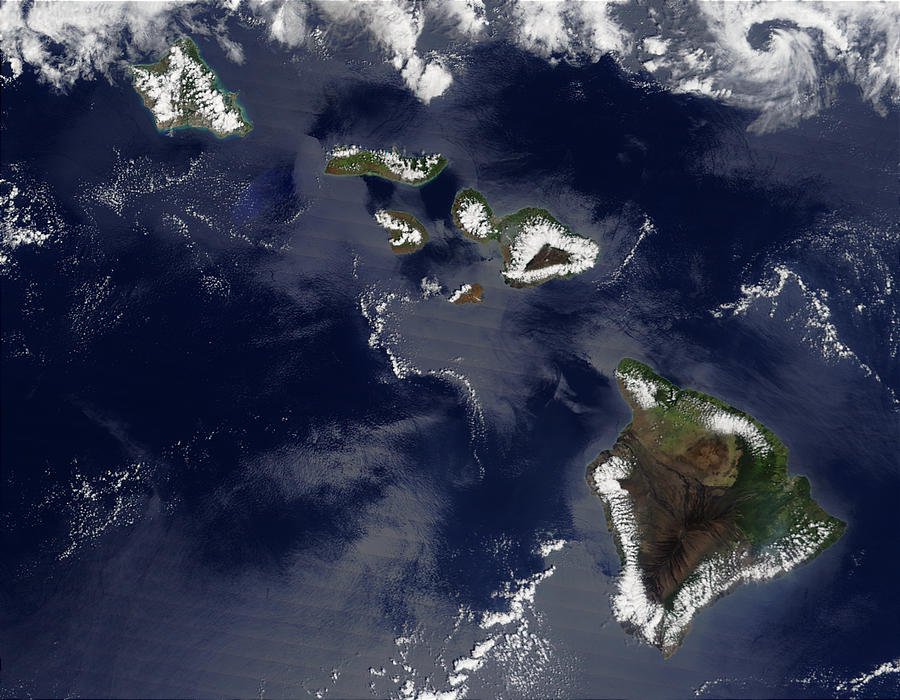 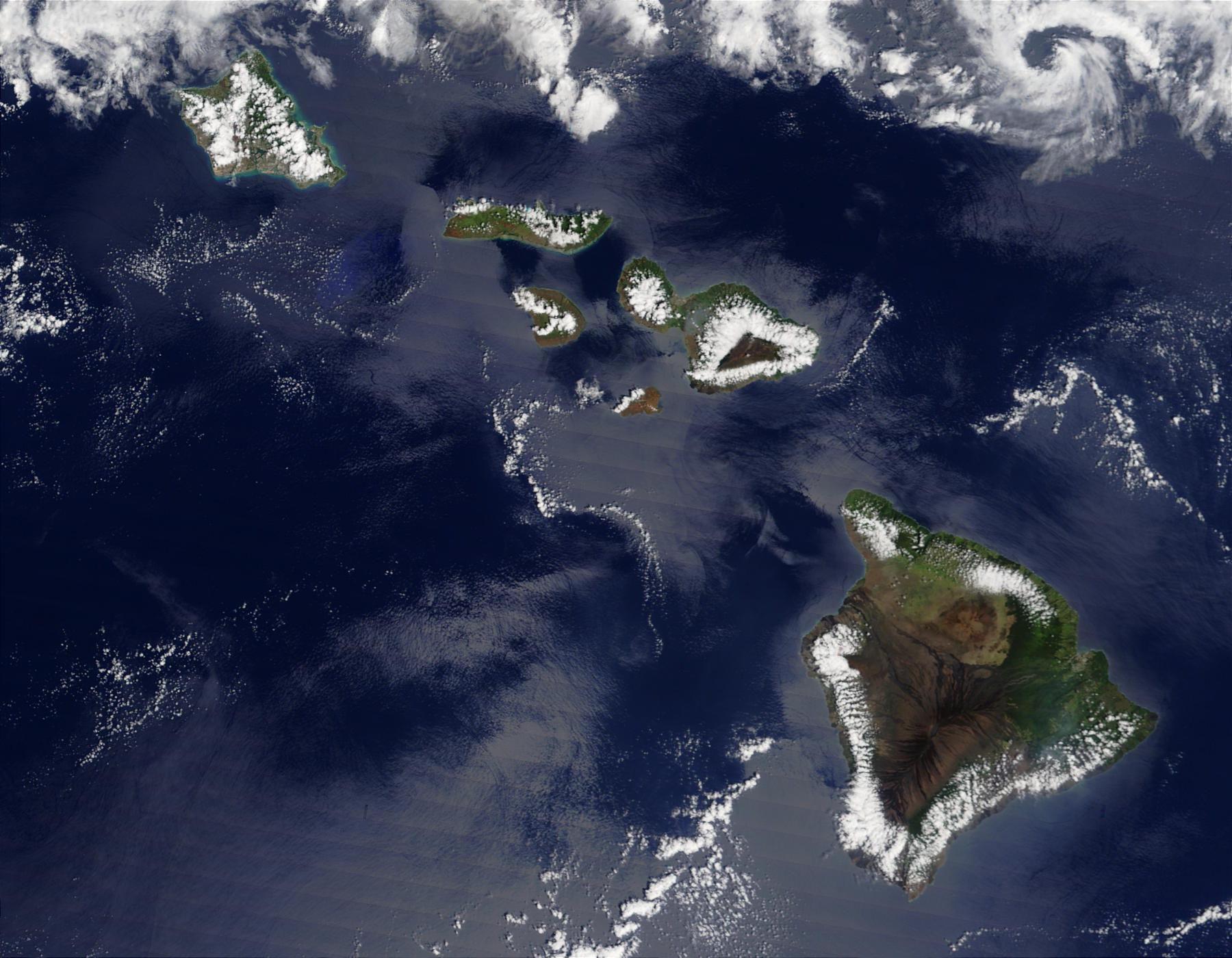 All by itself in the central Pacific Ocean sits the most far flung of the United States of America. This true-color Moderate Resolution Imaging Spectroradiometer (MODIS) image captured by the Terra satellite on March 15, 2003, shows six of Hawaii´s eight main islands. In an arc from top left to bottom right are Oahu, Molokai, Lanai (left) and Maui (right), small Kahoolawe, and farthest south, Hawaii, also known as the "Big Island." This chain of volcanic islands stretches out over 1,500 miles in the Pacific, more than 2,000 miles away from the mainland West Coast.

This image shows interesting rings of clouds, particularly around Hawaii and Maui, where the clouds form a triangle around the southern part of the island. On Hawaii, the dark, lava-streaked flanks of the Mauna Loa Volcano dominate the southwest part of the island, while the smaller Mauna Kea dominates the north. At the southeast of the island, obscured by clouds, is the Kilauea crater, which continually spills lava into the sea. Through the clouds, there appears to be smoke in the area.

Sunglint on places of still water reveals the scanning of the instrument; each line marks a turn of MODIS´ continuously rotating scan mirror as it collected observations over the islands. Places where the pattern disappears show where the water´s surface was too turbulent to act as a mirror.