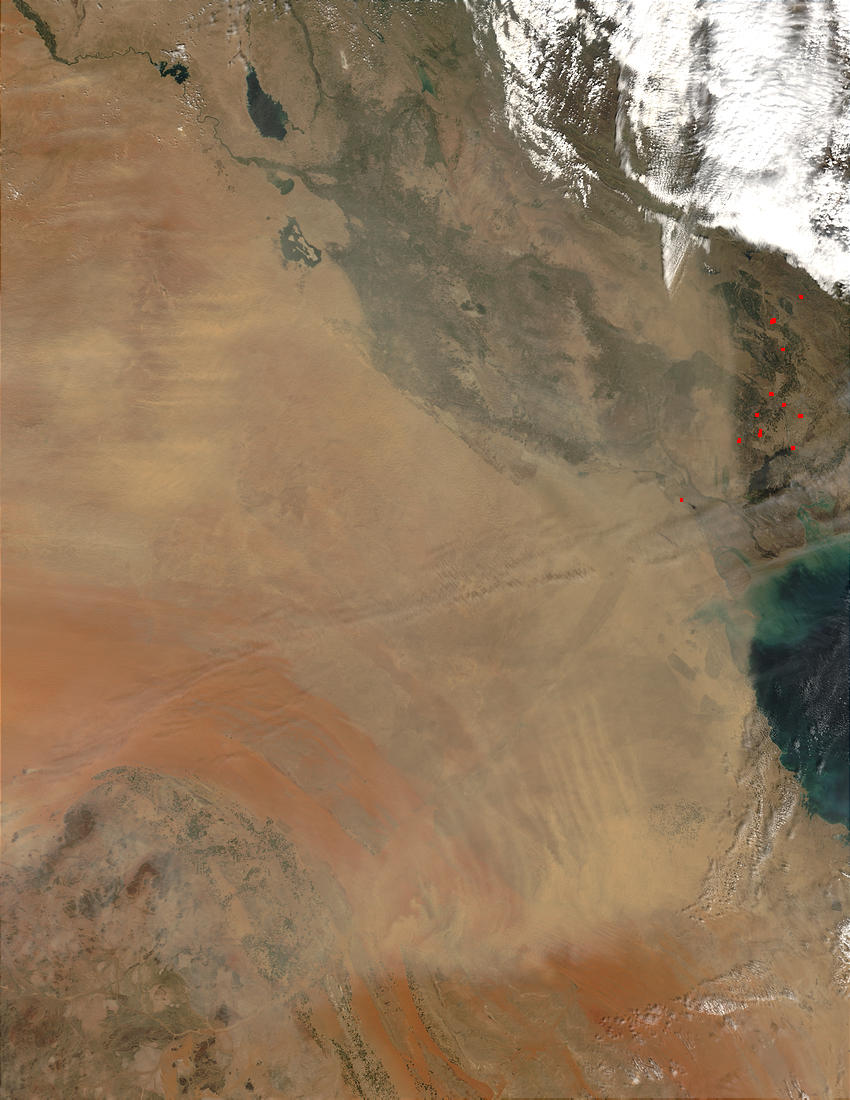 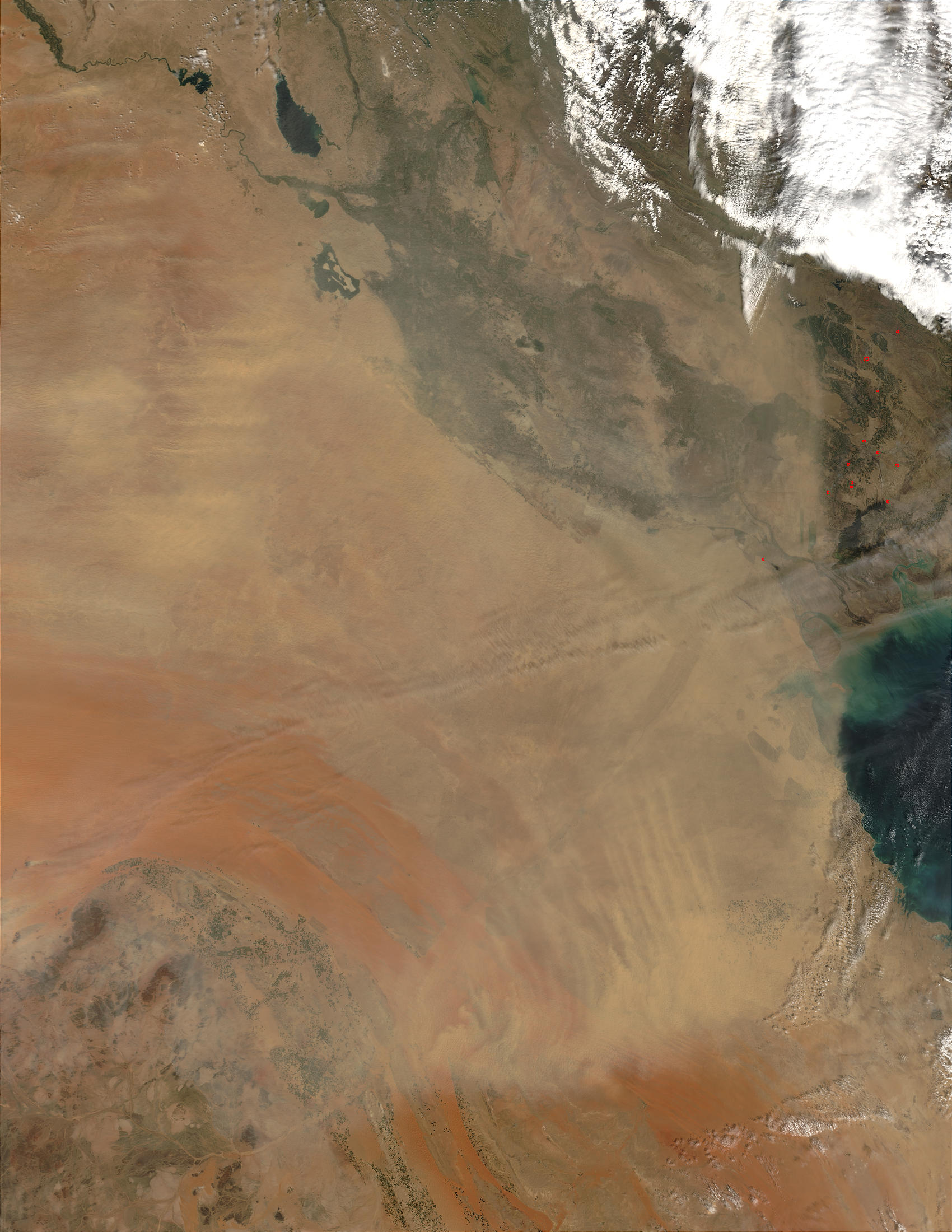 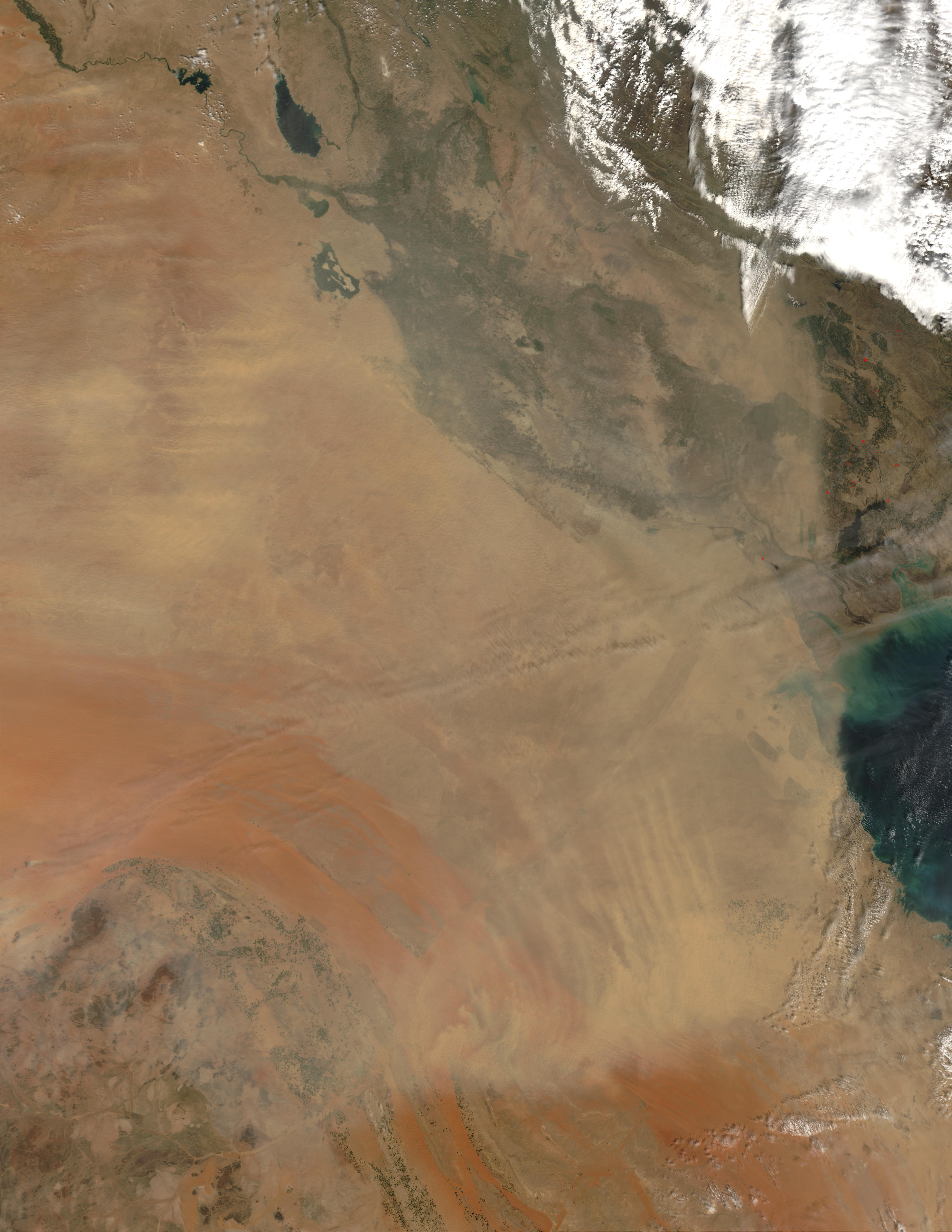 Dust Storm in Iraq and Kuwait

On Wednesday morning, March 19, 2003, the Moderate Resolution Imaging Spectroradiometer (MODIS) on the Terra satellite captured this image of an immense dust storm blowing over the Middle East. A huge wave of tan-colored dust was washing over the region, muting the underlying terrain. In the bottom part of the image, the wave of dust appears to crash like surf across the bright orange sands of the deserts of Saudi Arabia. All of Iraq is under the cloud, which reaches over the border into Iran (notice the crisply defined terrain to the east of the line of dust), as is Kuwait. The dust stretches out over the blue-green waters of the Persian Gulf at image right. Concentrated in Iran are several scattered fires, detected by MODIS and marked with red dots. At least one hot spot in Iraq is associated with a plume of black smoke, and the location is consistent with known locations of oil wells.