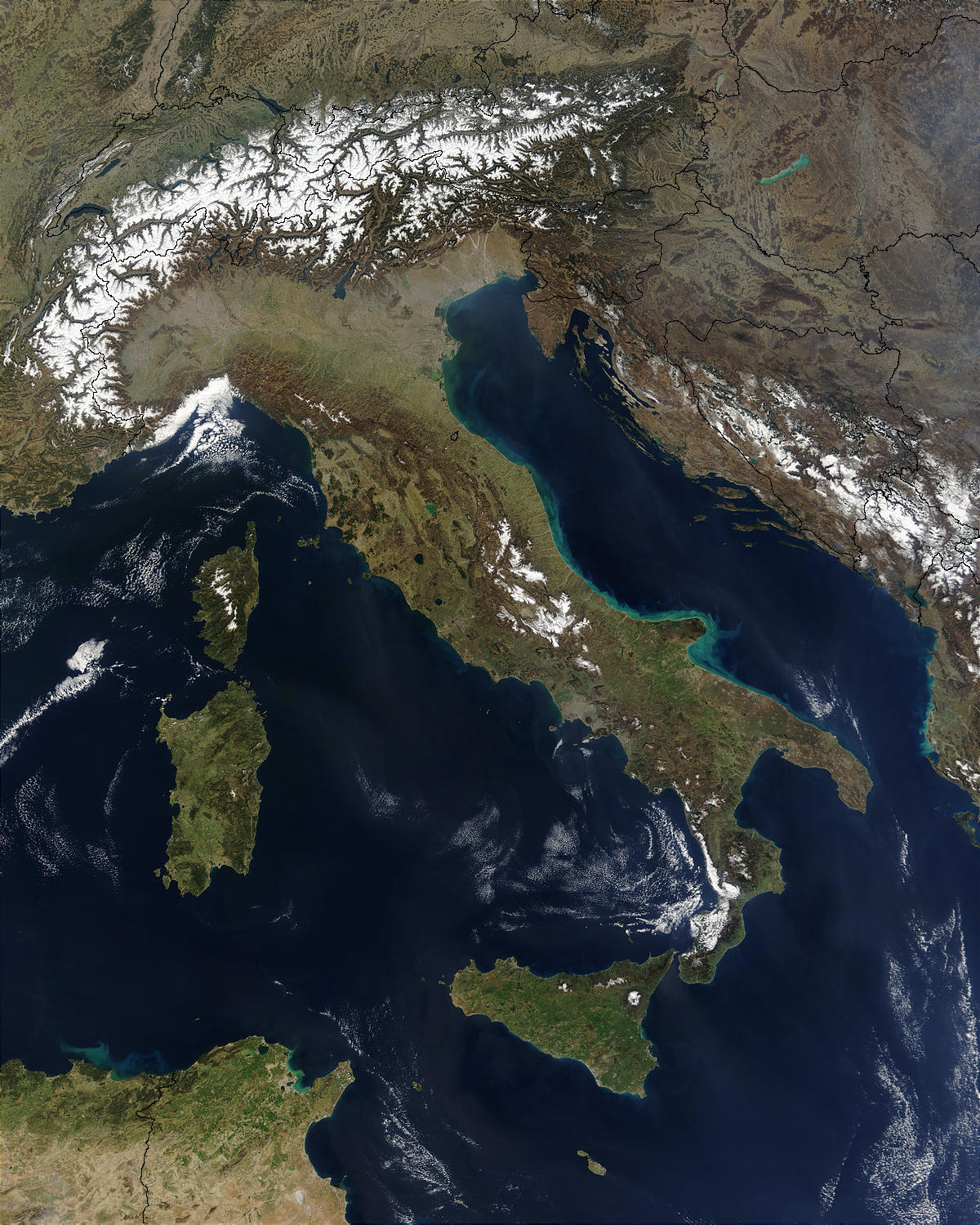 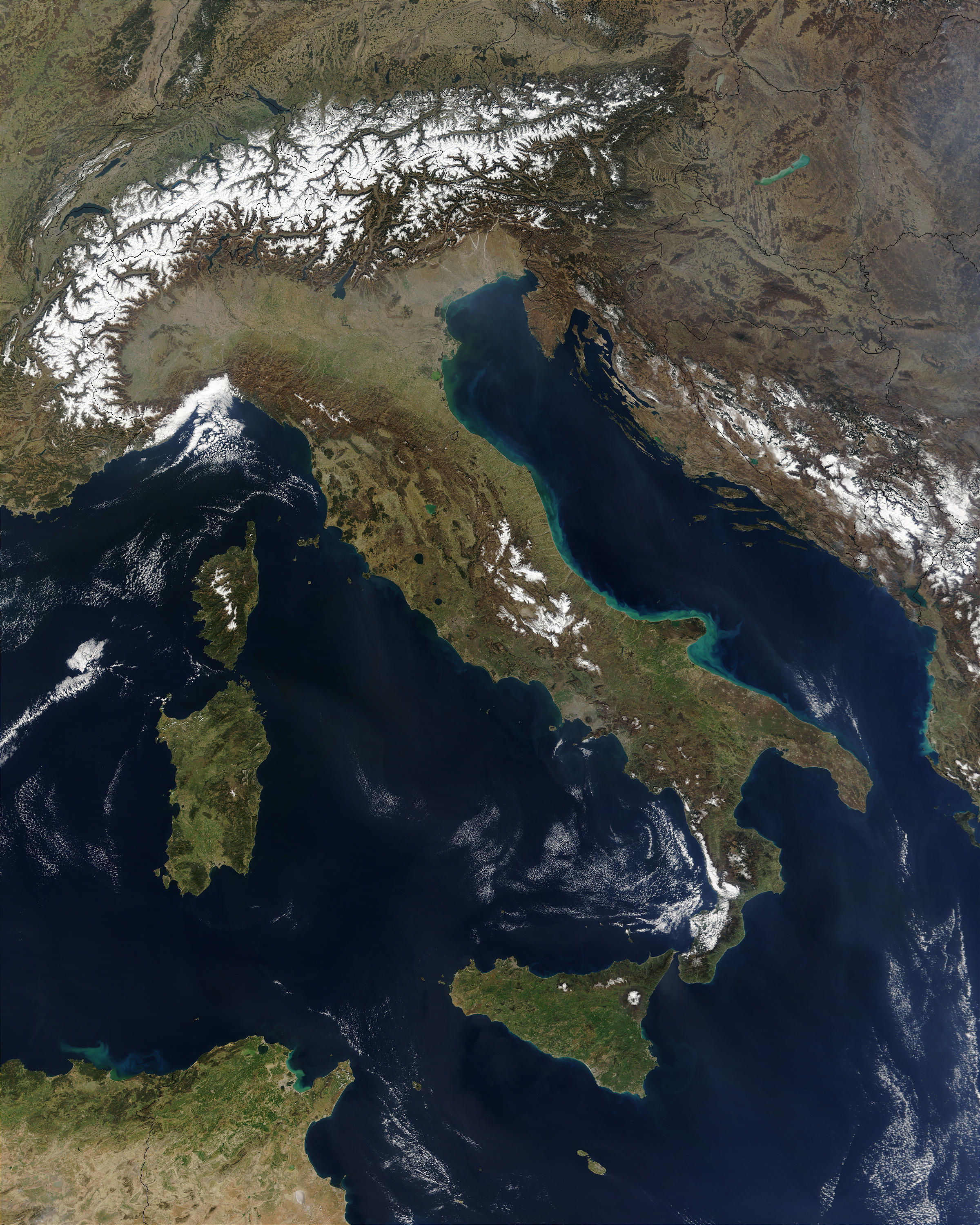 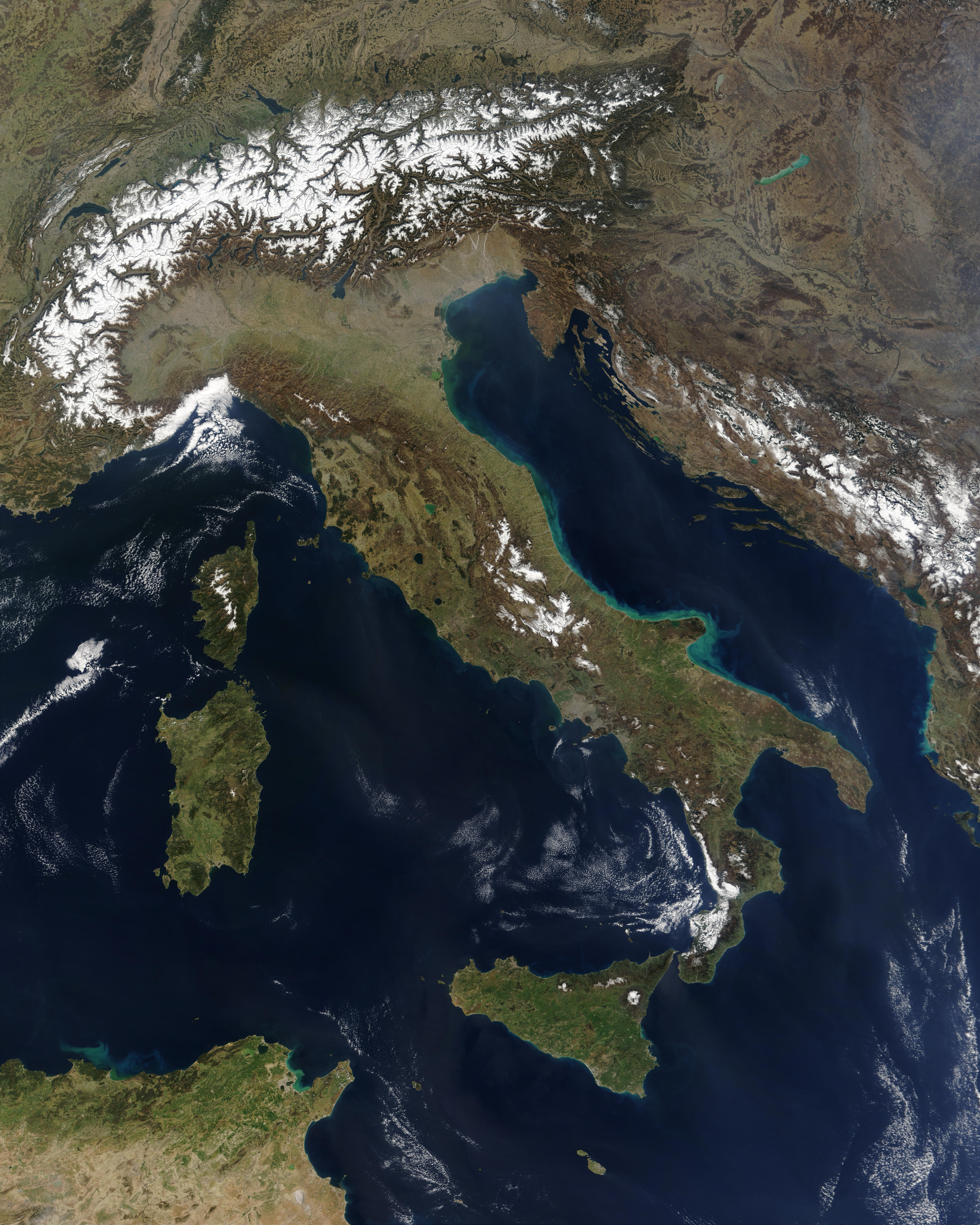 Snow enhances the contrast and emphasizes the relief of the Alps that tower over northern Italy in this true-color Moderate Resolution Imaging Spectroradiometer (MODIS) from the Terra satellite on March 25, 2003. Northern Italy hosts many large cities, and industrial activities, and the gray cast to the terrain is both urban development and air pollution, which is a persistent problem in the region. At left in the image are Corsica and Sardinia, both of which sport a bit of snow at higher elevations. Snow is also visible on the slopes of Mt. Etna on the island of Sicily, at bottom center.

On the western coast of Italy, due east of Sardinia, a gray patch along the coast shows the urban development of Naples, with the brown circle of Mt. Vesuvius in its midst. All along the eastern coast of Italy, the waters of the Adriatic Sea are colored blue and green, likely a mixture of sediment from rivers and tidal action and microscopic marine plant life.