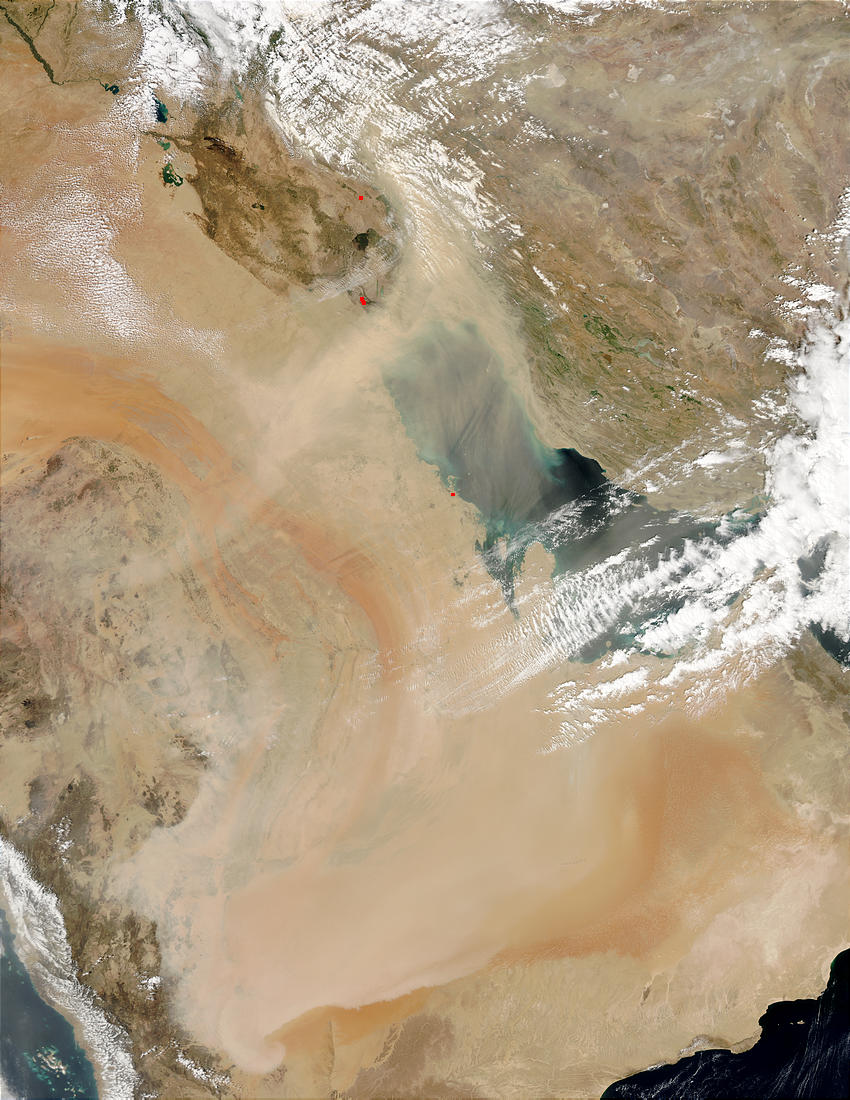 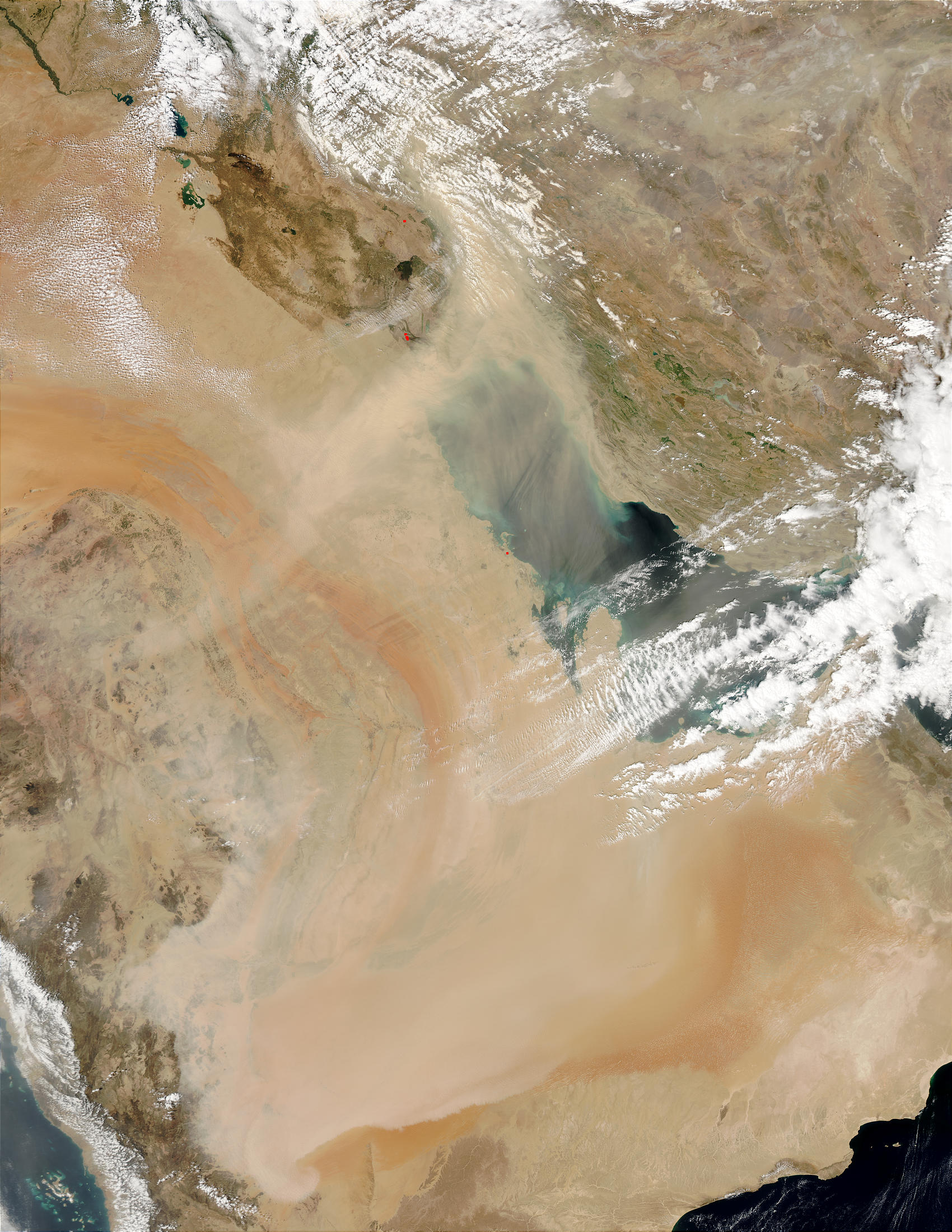 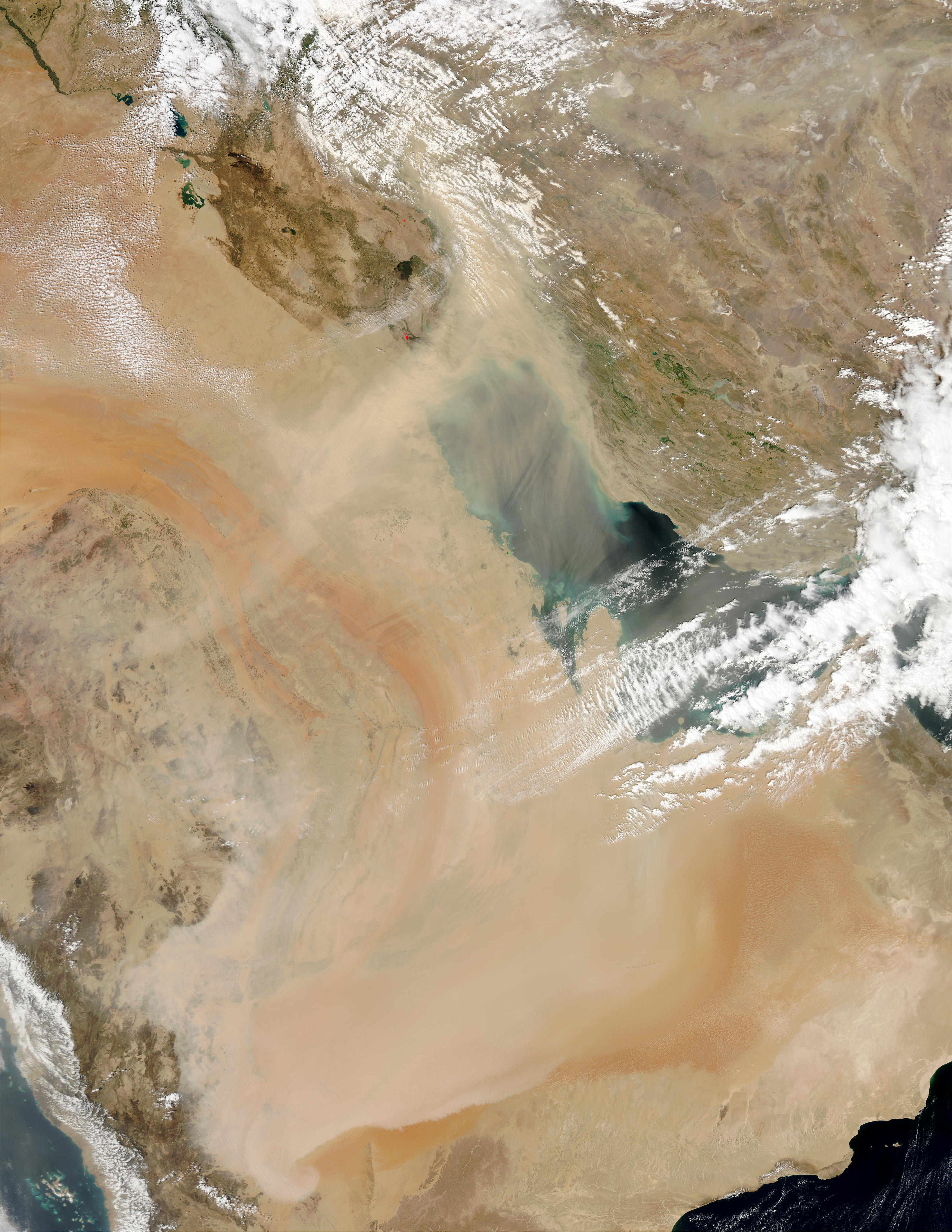 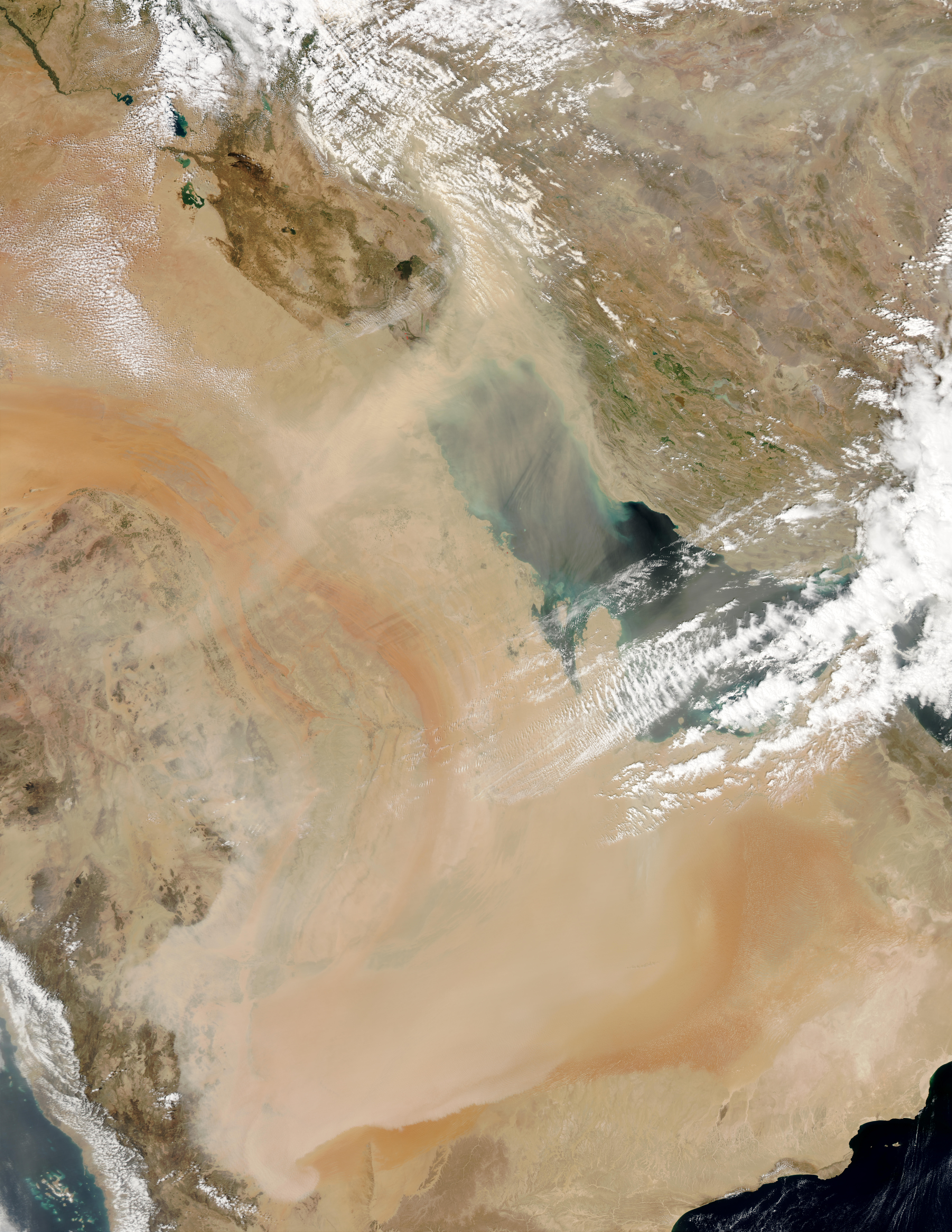 Dust storm across the Persian Gulf and Saudi Arabia

Dust storms that blanketed Iraq in previous days have pushed south and east on Thursday, March 27, 2003. In this Moderate Resolution Imaging Spectroradiometer (MODIS) image from the Aqua satellite, the dust hangs over the Persian Gulf (center), Saudi Arabia (bottom) and washes over the mountainous terrain of western Iran (right of center). At top left the vegetation and wetlands of the Tigris and Euphrates River Valleys—the Fertile Crescent—stands out in dark green against the paler desert terrain.

In southern Iraq, a few thermal anomalies have been detected by MODIS and are marked in red. Associated with these “hot spots” are brownish-black smoke plumes, the dark color indicating they are likely coming from burning oil. Near the northern end of the Fertile Crescent, large amounts of dark smoke are pouring from locations along the eastern perimeter of Baghdad.