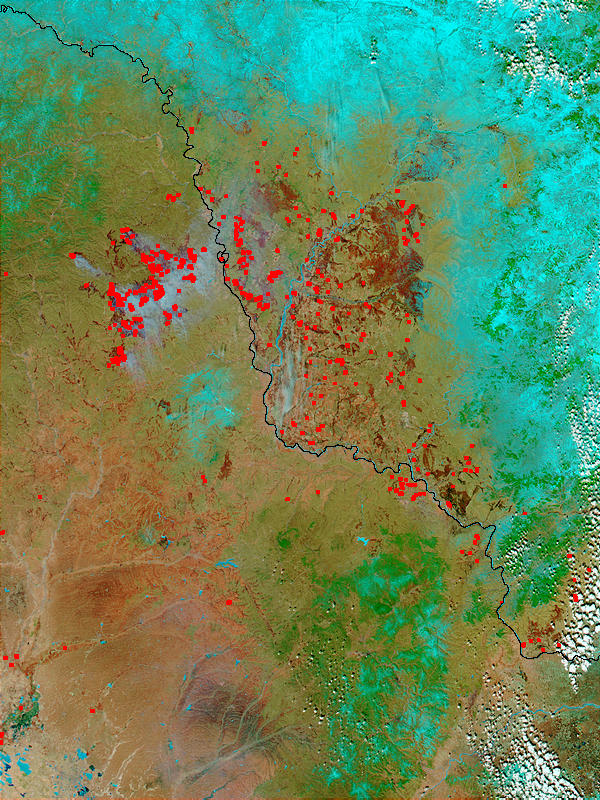 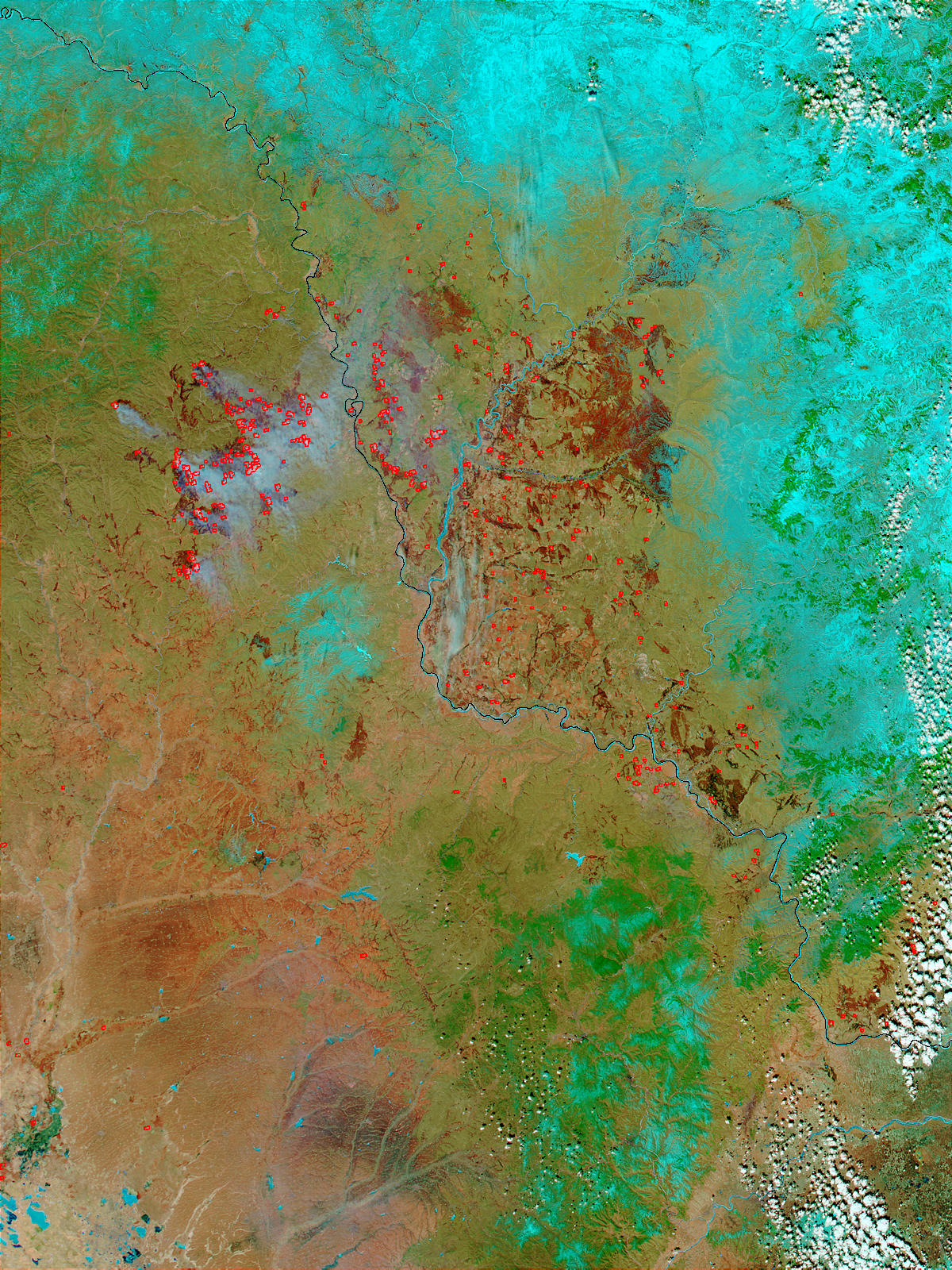 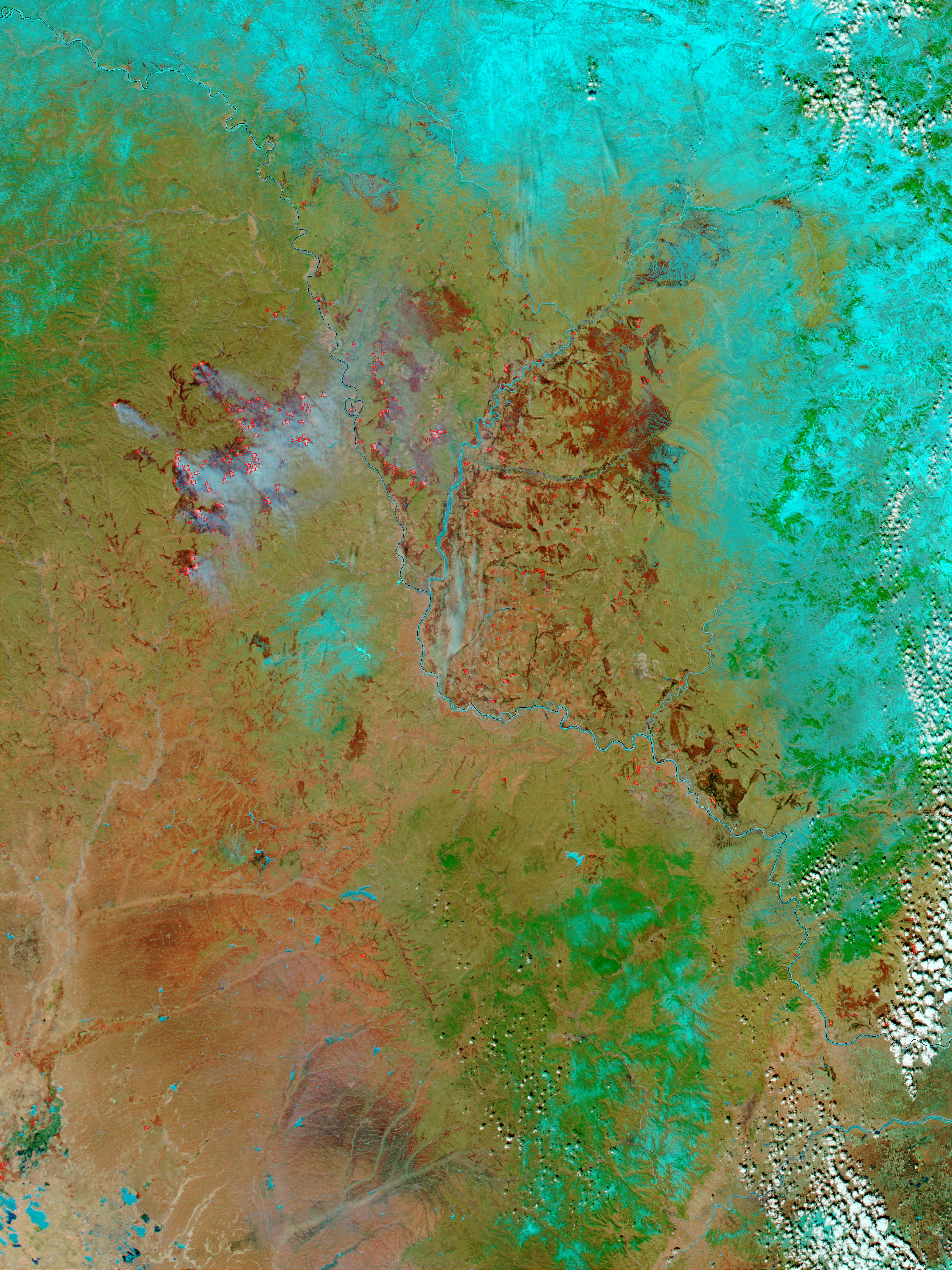 Farmers in northern China and eastern Russia are readying the land for the spring planting season by clearing existing pastures and creating new ones using fire. The fires are marked in bright red, and are concentrated heavily on the Chinese side of the border (upper left), though there are many burning on the Russian side as well.

This false-color MODIS image also shows a number of other features that aren't always easily distinguishable in true-color images: burn scars, vegetation, and snow. The burn scars are dark red, and are evidence of previous fires. Depending on the intensity of the fire that caused the scar, the scar could take a couple of growing seasons to completely fade from view.

Vegetation is marked in bright green, which makes the vegetation’s extent much easier to discern. In true-color images, vegetation often blends into the surrounding land (represented by brown and orange in this image), which makes it difficult to tell where the vegetation ends or how sparse or dense it is.

Finally, the bright turquoise-blue color represents freezing temperatures, which in this case are due to the presence of snow on higher elevations. The advantage of looking at snow in a false-color image is that it can be distinguished from clouds, which appear white in this image. In true-color images, snow and clouds are almost indistinguishable.

This false-color Aqua MODIS image was acquired on March 28, 2003.