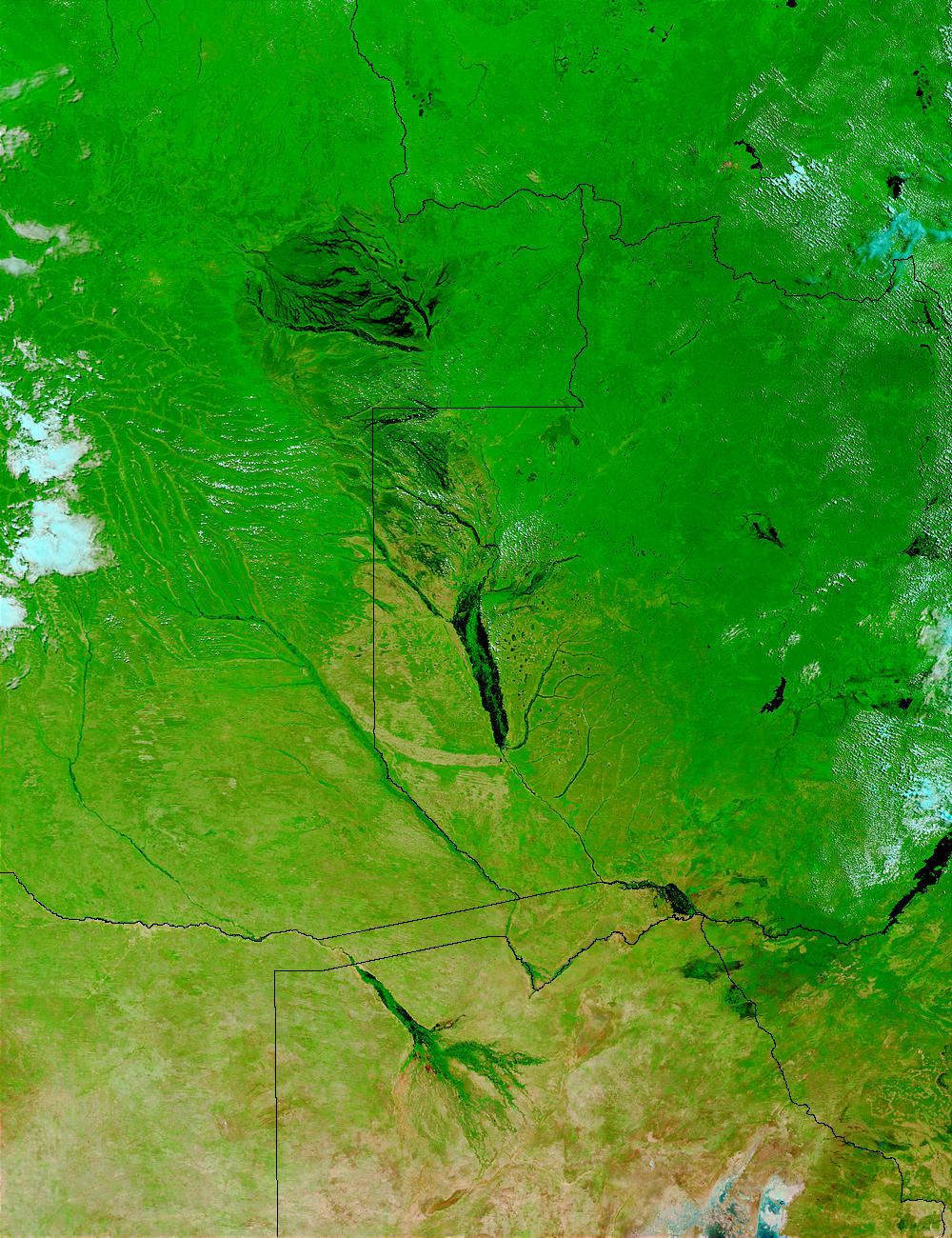 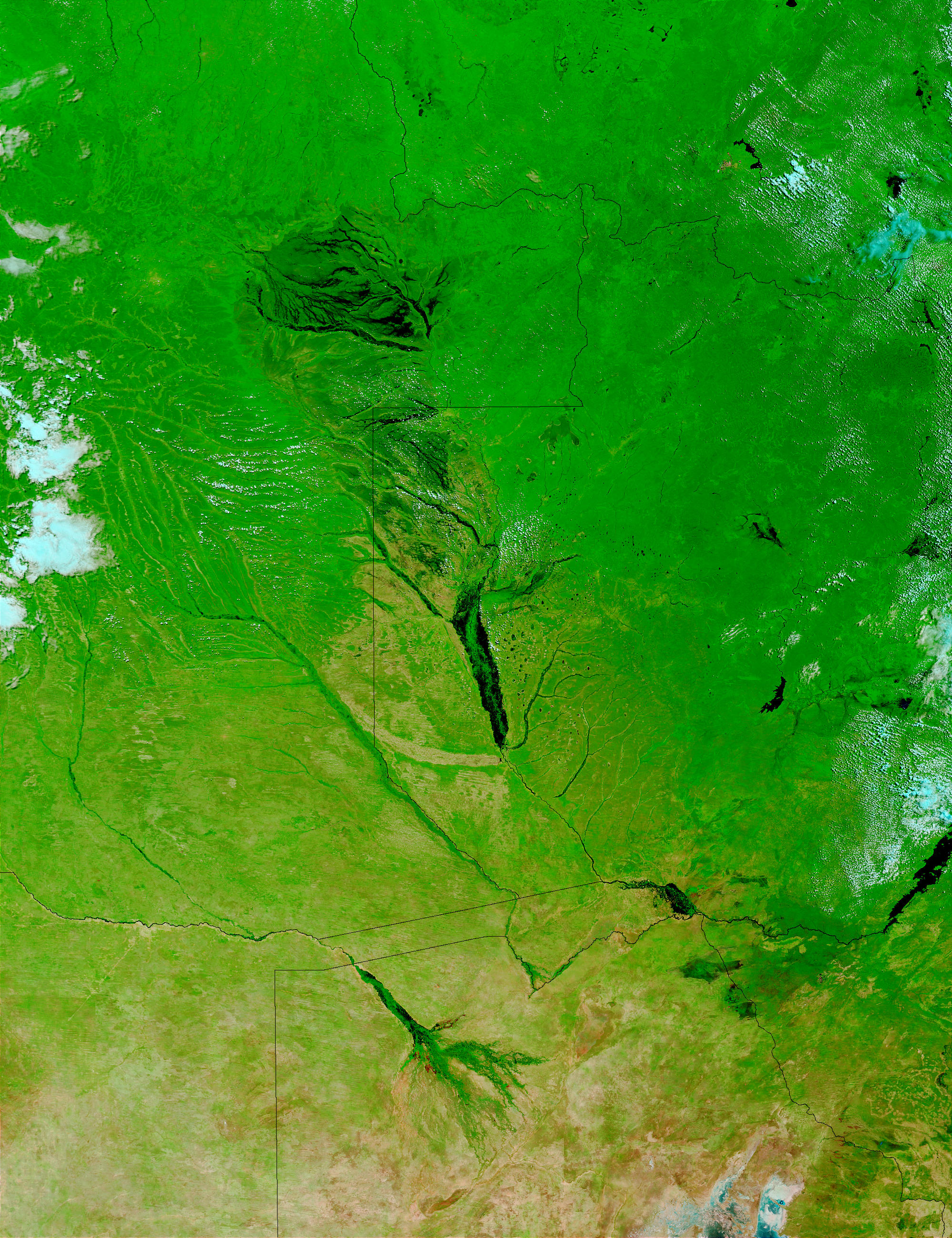 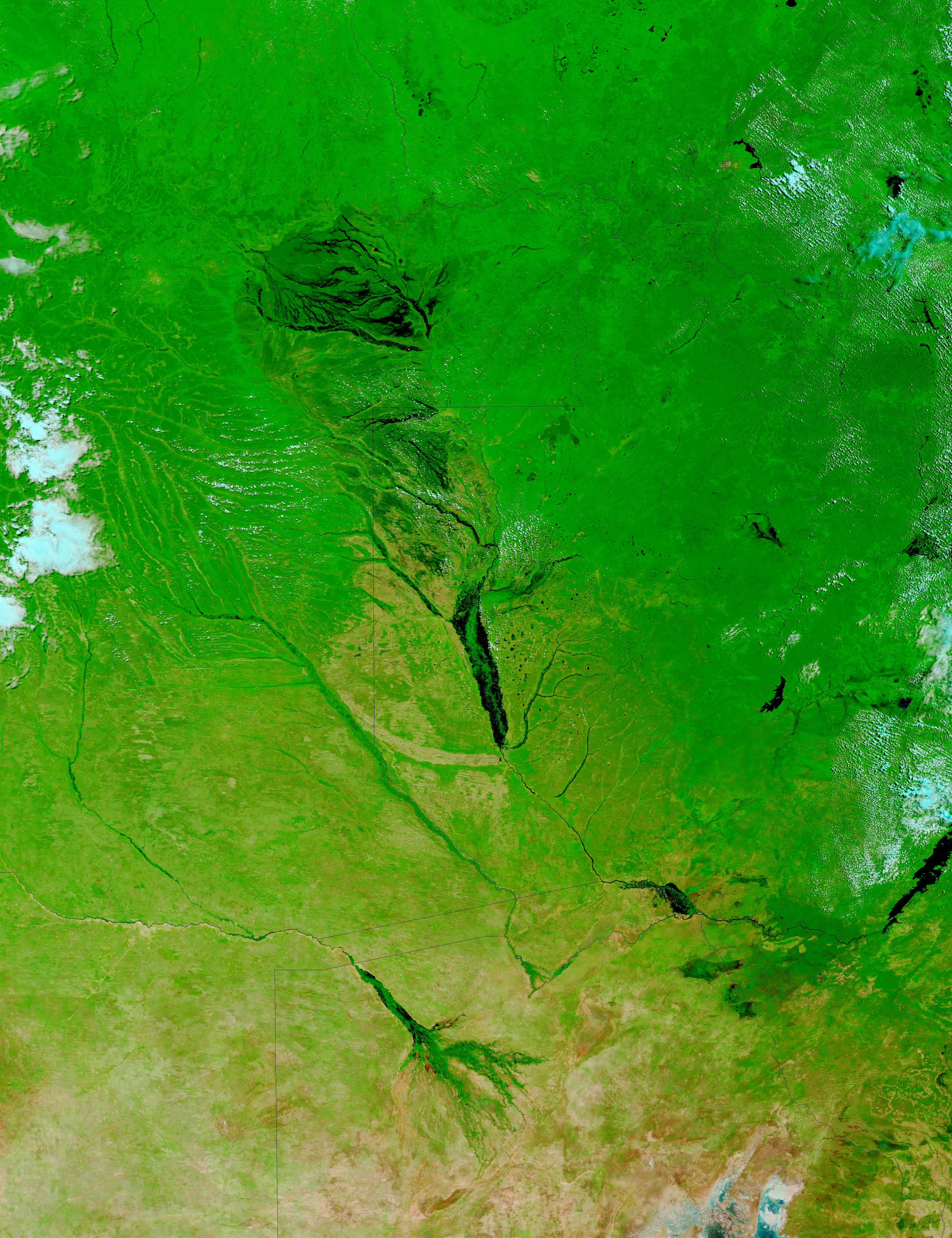 Floods in Zambia and Angola

In late March 2003, heavy rains in Zambia led to floods that displaced over 10,000 people and destroyed thousands of valuable acres of farmland. The floods can be seen in these images acquired by the Moderate Resolution Imaging Spectroradiometer (MODIS) aboard NASA’s Terra spacecraft. The most devastating floods occurred in the southern part of Zambia, and can be seen in the image from March 27, 2003. The loss of cattle and crops in the floods has exacerbated a food shortage due to recent droughts. The food shortage could potentially affect over two million people in the small country. During the dry season there is hardly any standing water in southern and western Zambia. In the false-color image, water is black. Clouds appear as pale blue and white, and land is green and tan.