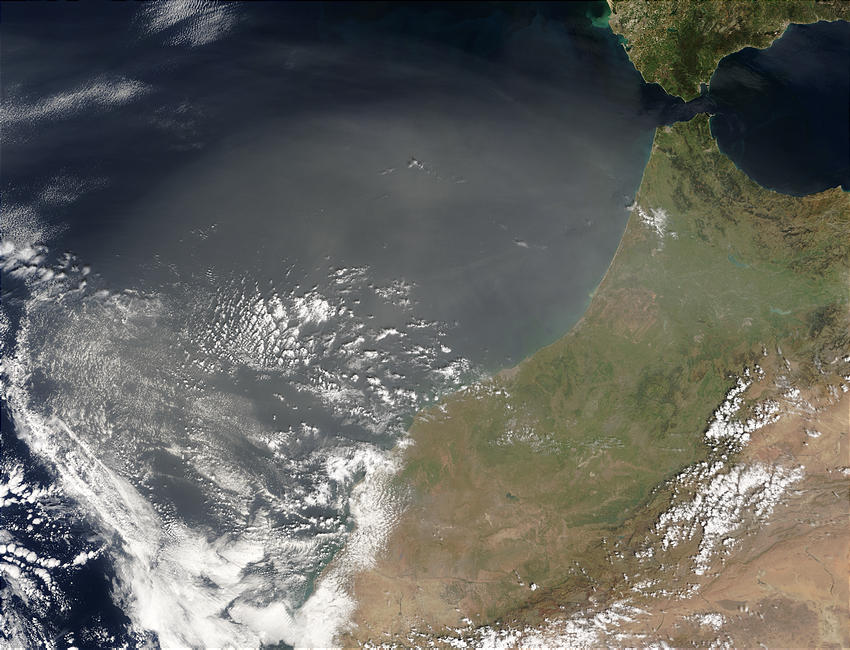 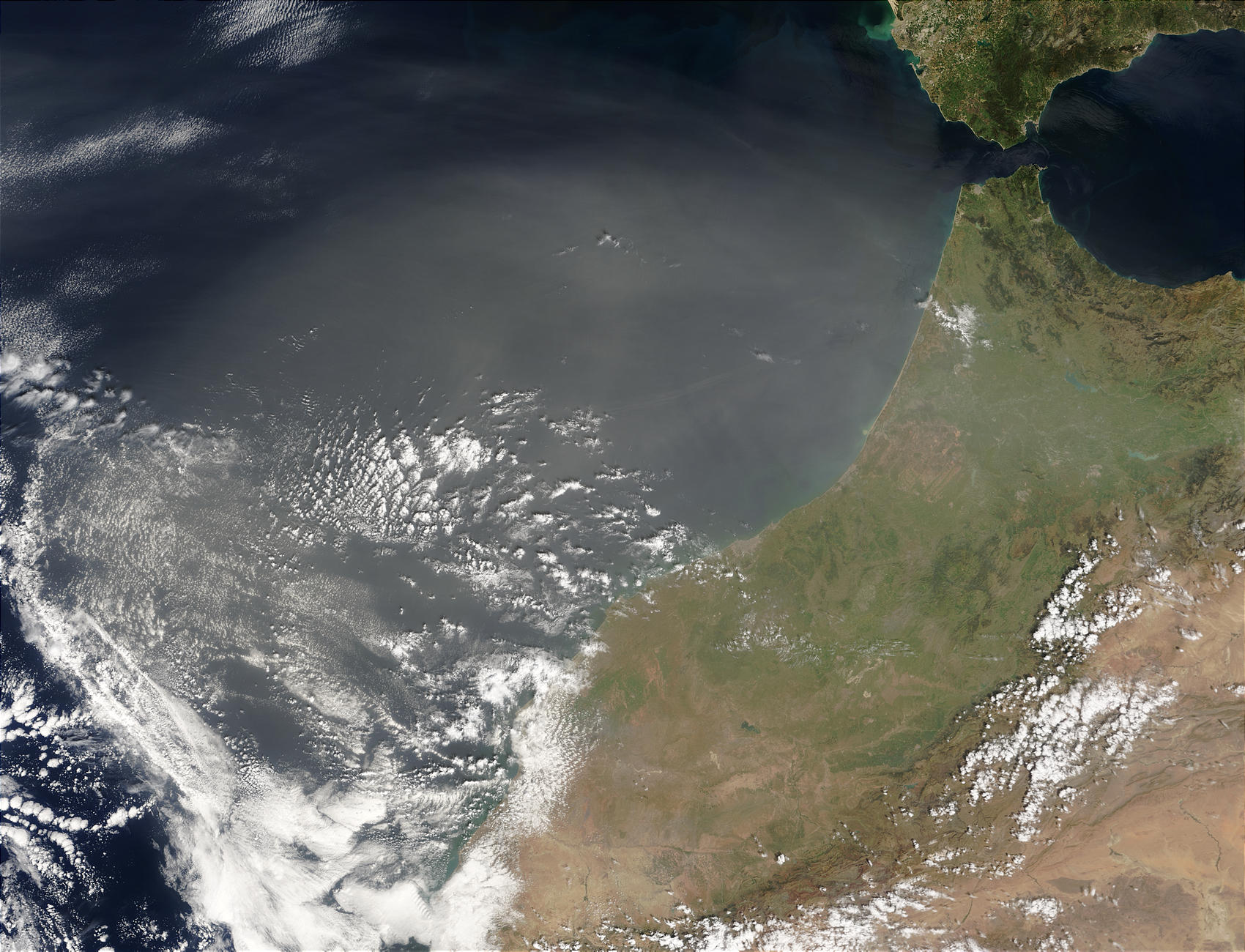 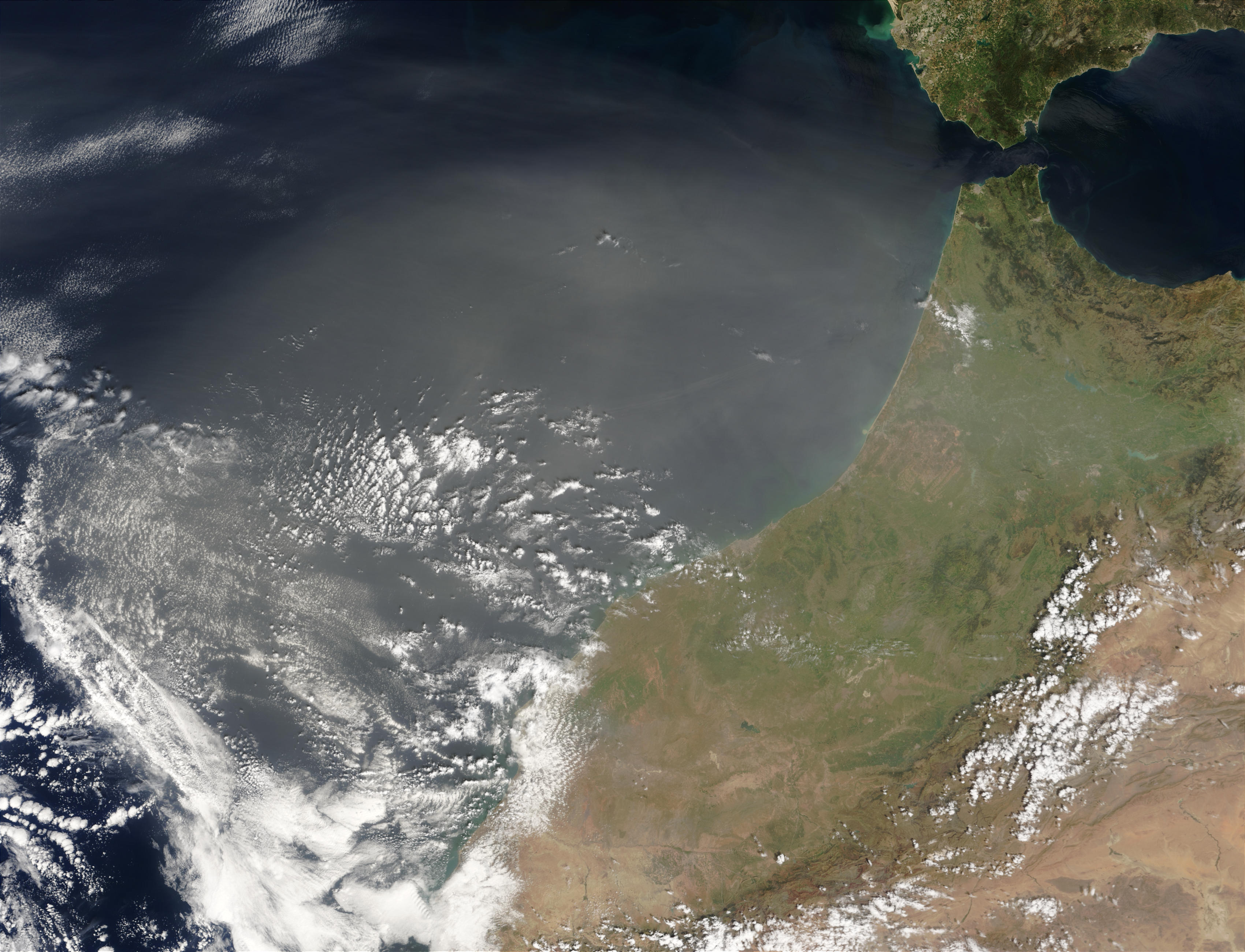 A plume of Saharan Desert dust (light brown pattern) can be seen blowing over Morocco and fanning out in a wide swath over the eastern Atlantic Ocean in this April 7, 2003, image from the Moderate Resolution Imaging Spectroradiometer (MODIS), flying aboard NASA´s Terra satellite. The Strait of Gibralter is situated in the upper righthand corner of this scene. The famous city of Casablanca sits on the Moroccan coast roughly 300 km southwest of the Strait. Part of Morocco´s picturesque Atlas Mountains can be seen in the lower righthand corner, partially hidden by clouds.