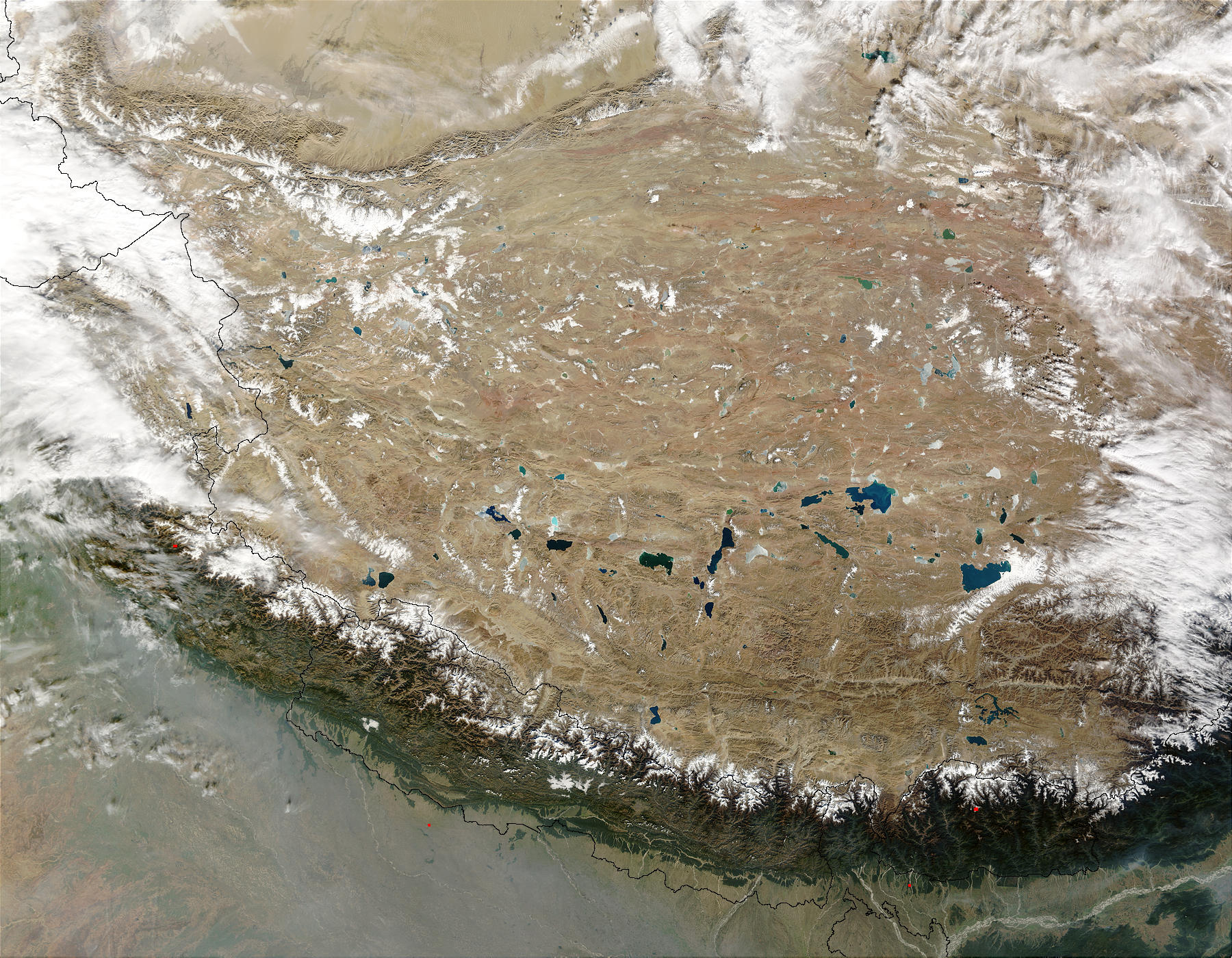 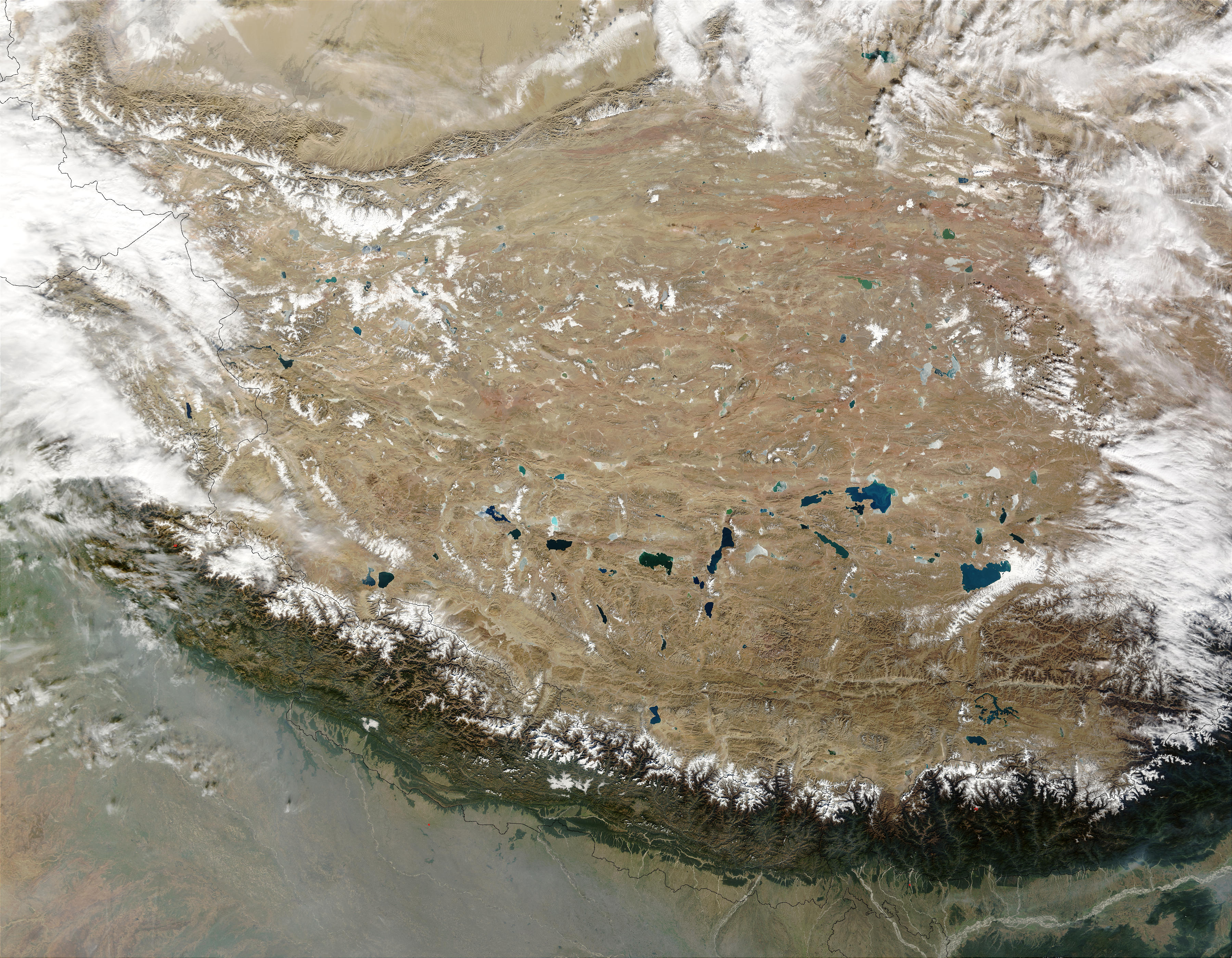 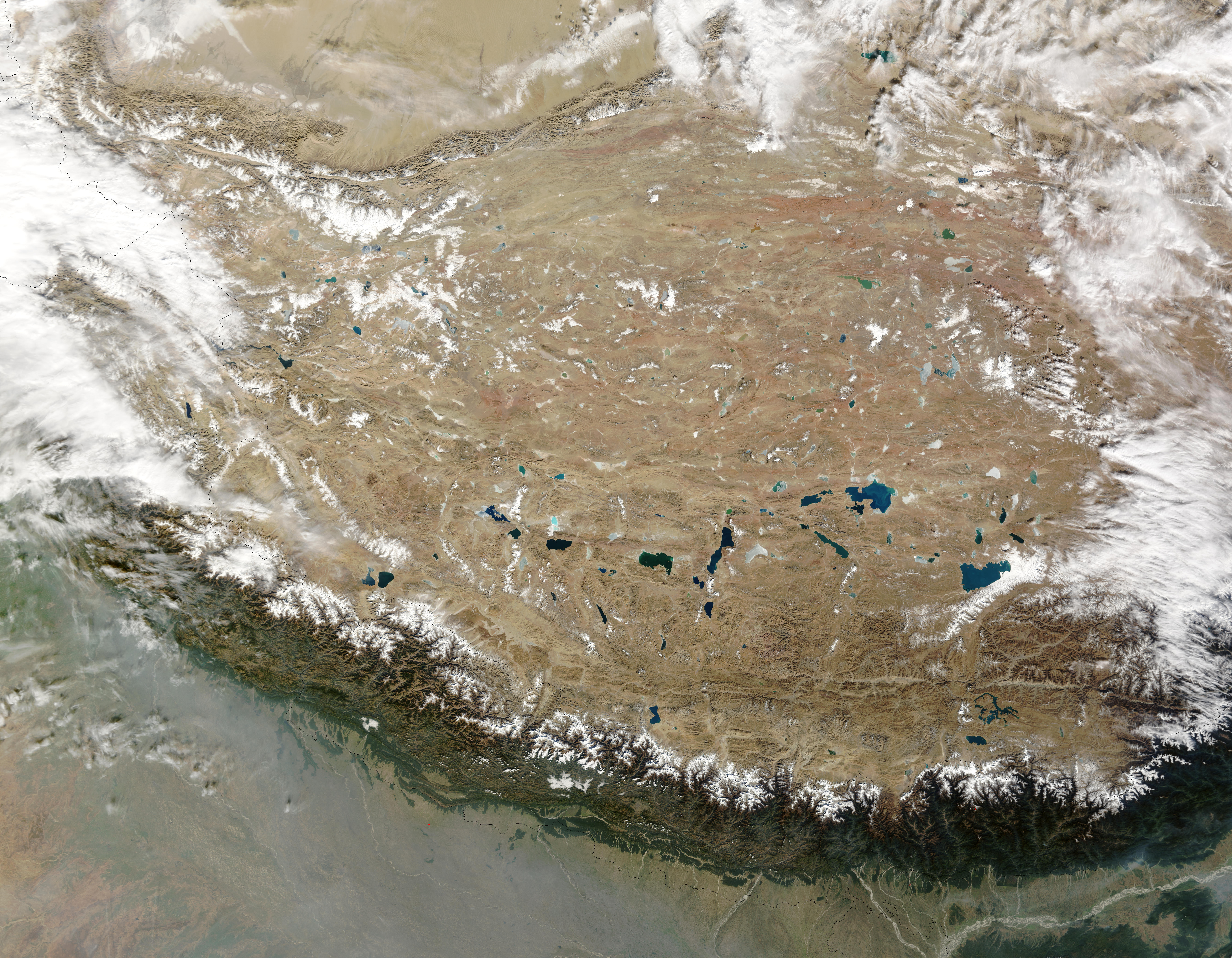 The Tibetan Plateau is a region of stunning beauty, and as this true-color Terra MODIS image from December 14, 2002, shows, is graced with hundreds of lakes that sparkle like emeralds and sapphires against the delicate tan and peach colors of the land. The plateau´s elevation averages 4,880 meters (16,010 feet) above sea level, and is bounded by mountain ranges to the north—the Kunlun—and the south—the Himalayas. Four of the largest Asian rivers originate in Tibet: the Chang (Yangtze), the Mekong, the Thanlwin, and the Brahmaputra.

Tibet is also home to the Chang Tang Wildlife Reserve - an almost 500,000 square kilometer area of Tibetan wilderness that is the second-largest protected area in the world and home to a several endangered species. The reserve occupies the central portion of this image, right above the string of large bright blue lakes, and continuing up to the edge of the Kunlun Mountains. One of those endangered species is the chiru (Tibetan) antelope, which is the source of the finest wool in the world, often used in shawls that sell for thousands of US dollars (sometimes as high as $15,000). These animals are extremely rare, and when caught by poachers are often slaughtered en-masse. National Geographic Magazine ran a story about these antelope and the search for their birthing grounds in the April 2003 issue, and NPR Radio did a related story on the expedition itself, the aim of which was to make the antelope's previously unknown birthing grounds into a protected area. The National Geographic article also includes a detailed map of the reserve.