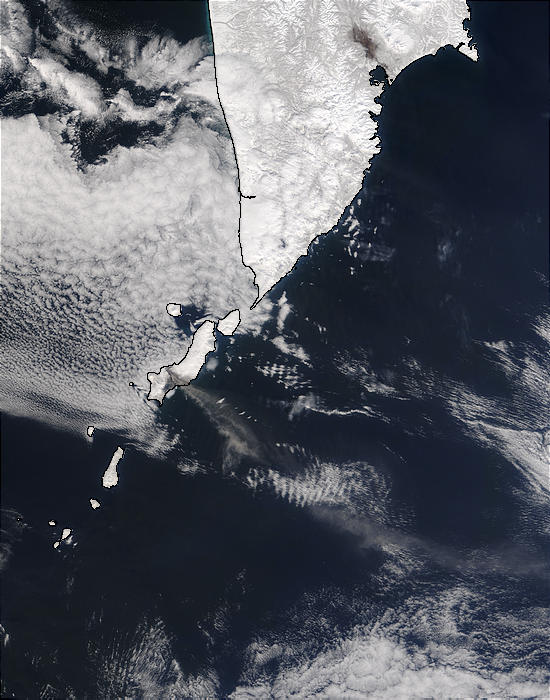 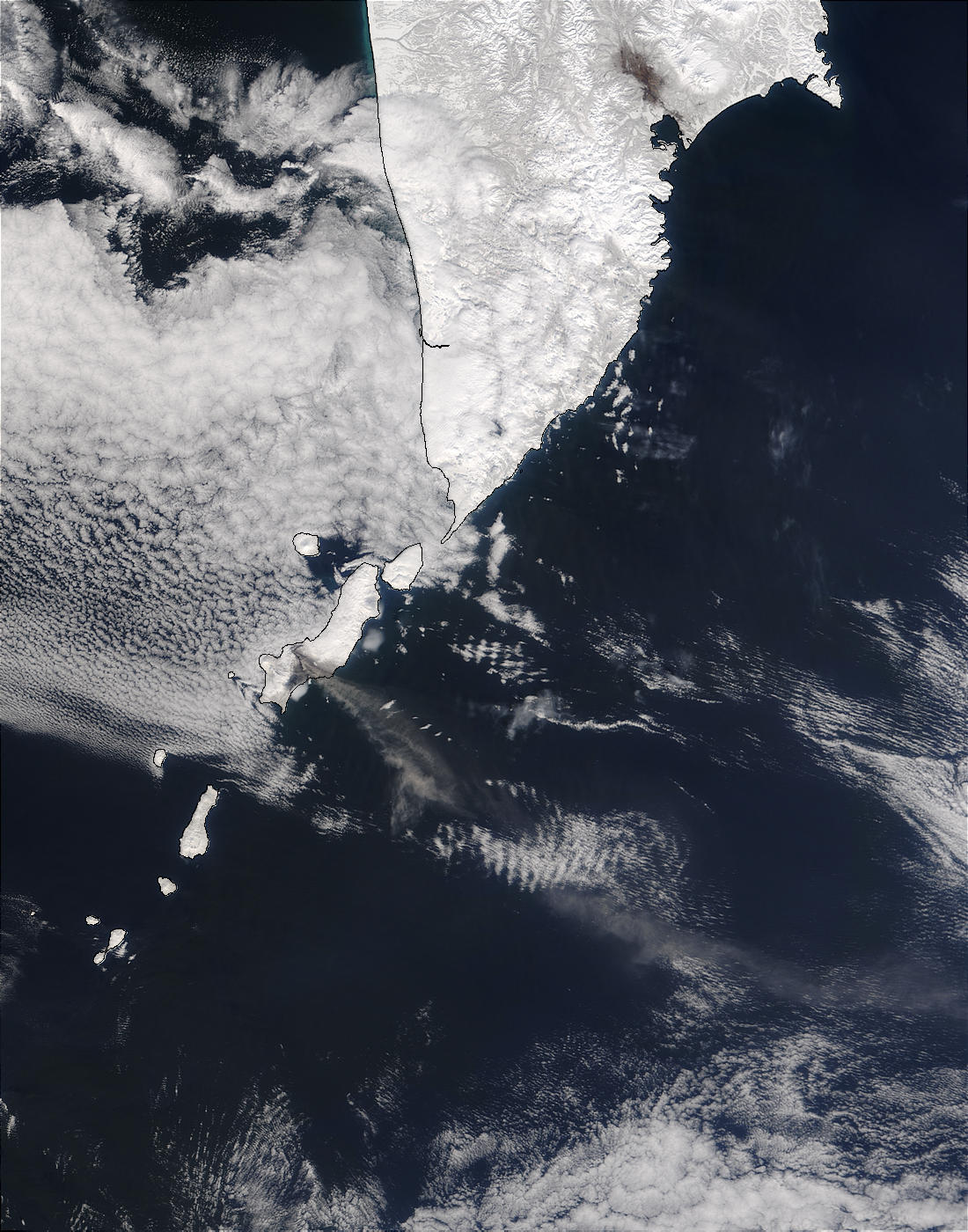 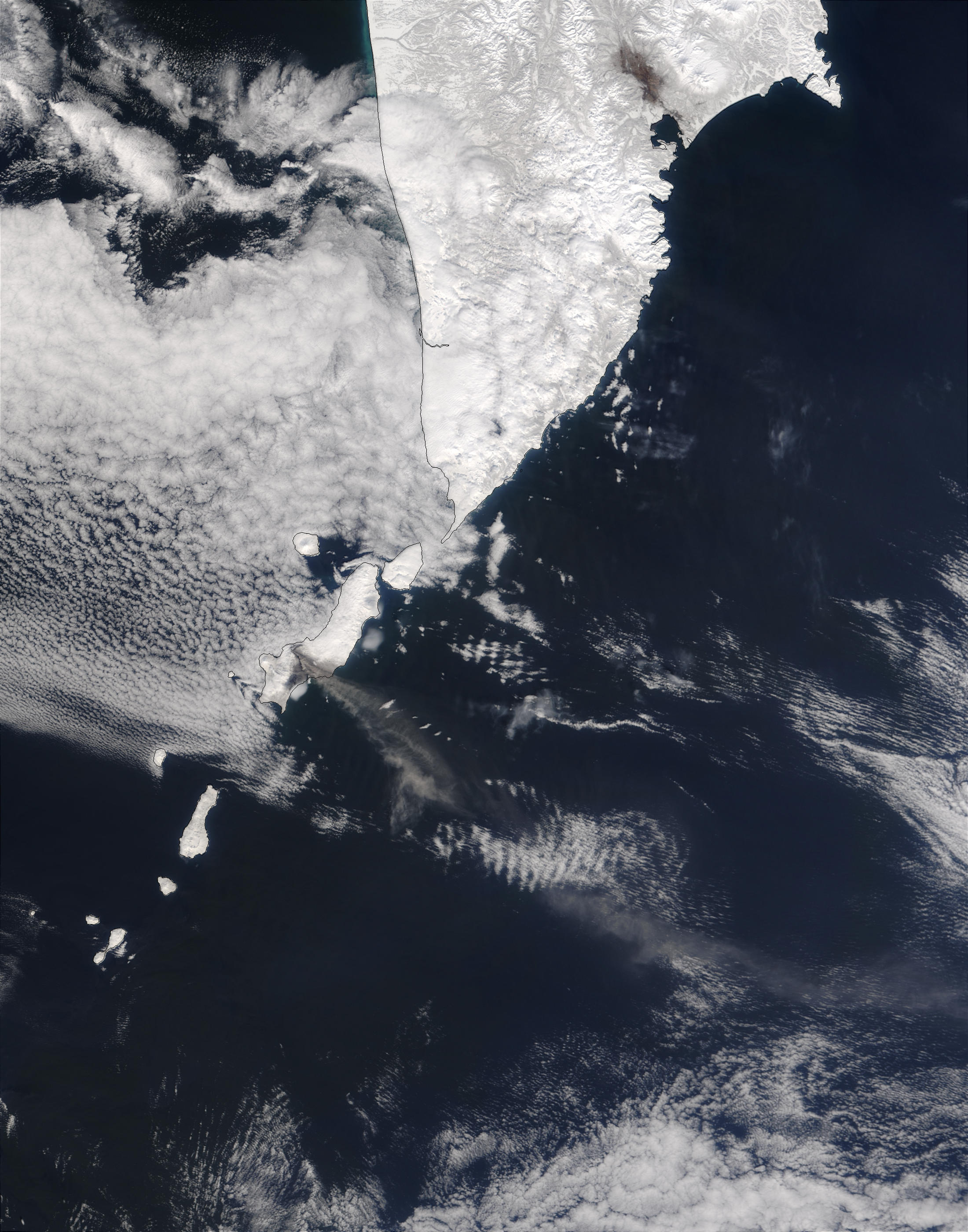 Chikurachki volcano began erupting on April 18, 2003, sending plumes of ash as high as 2,000 meters above the volcano’s crater. By April 20th, the day this image was acquired, the ash plume had drifted 250 kilometers to the southeast. The ash plume shows up as a gray streak originating just left of image center and continuing southeast to the lower right edge of the image.