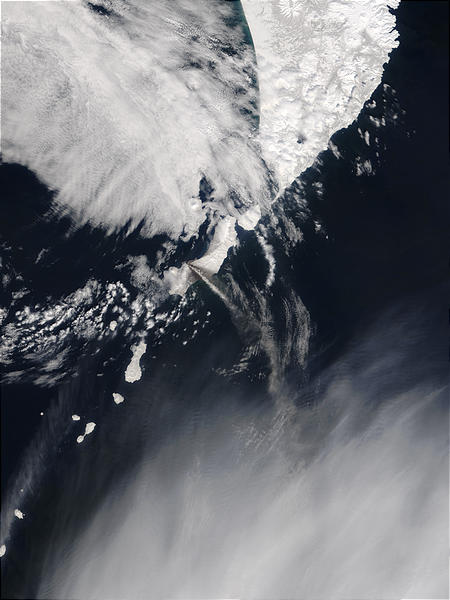 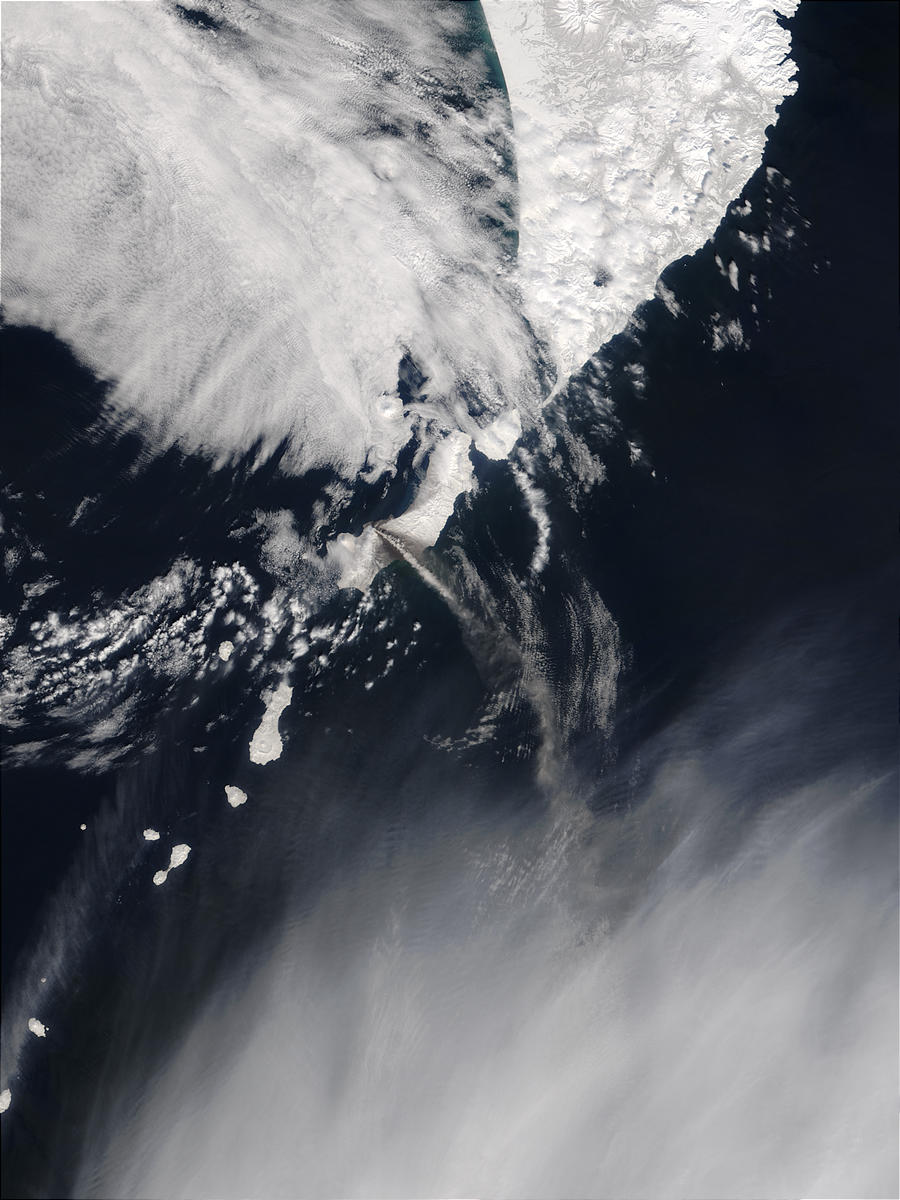 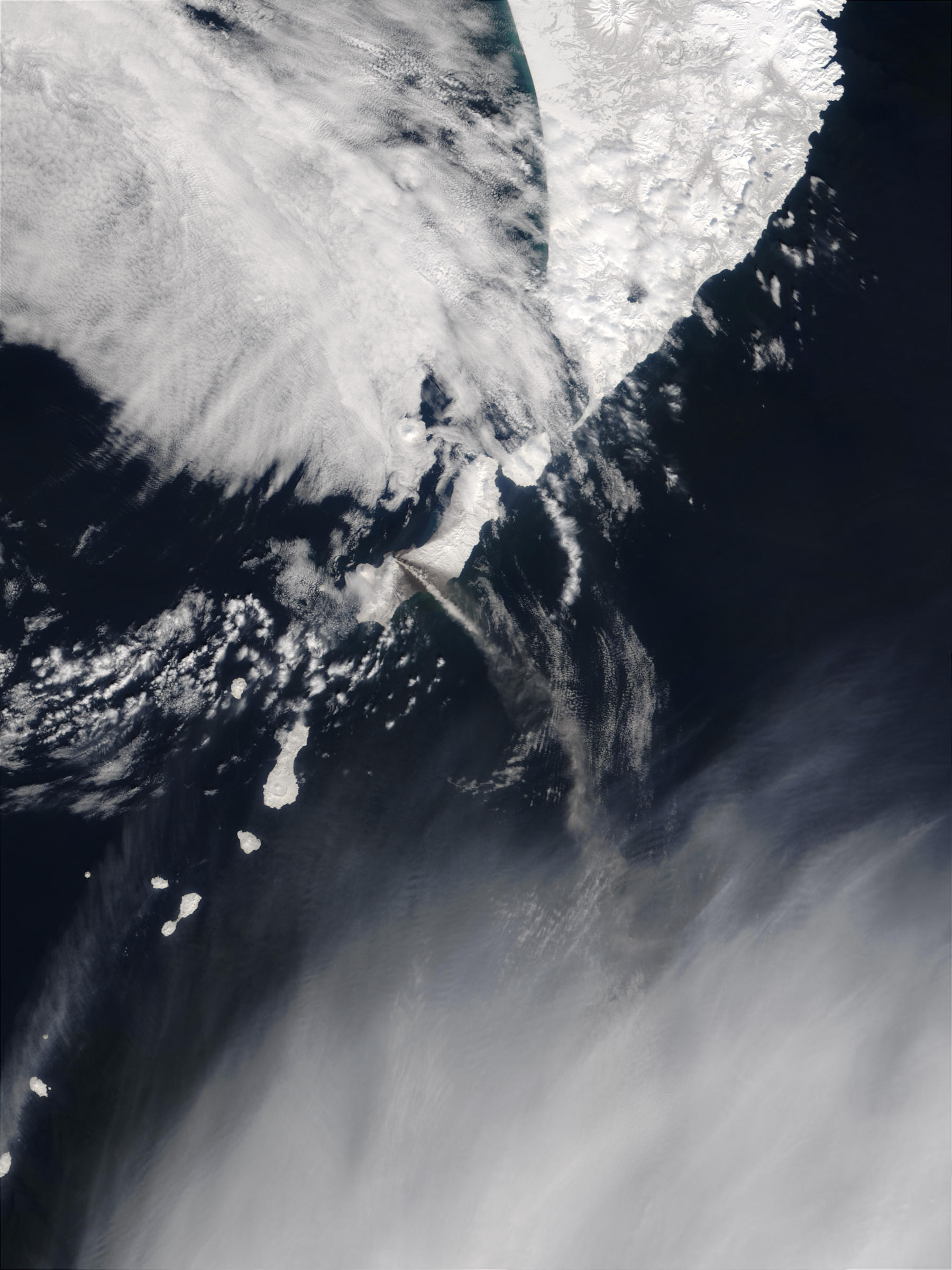 For a second day, an image of the southern Kamchatka Peninsula in northeastern Russia and the Kuril Islands to the south shows a dark gray plume of ash wafting eastward from the Chikurachki Volcano. In this image, the gray plume is tinged with white. The image was acquired by the Moderate Resolution Imaging Spectroradiometer (MODIS) on the Terra satellite on April 22, 2003.