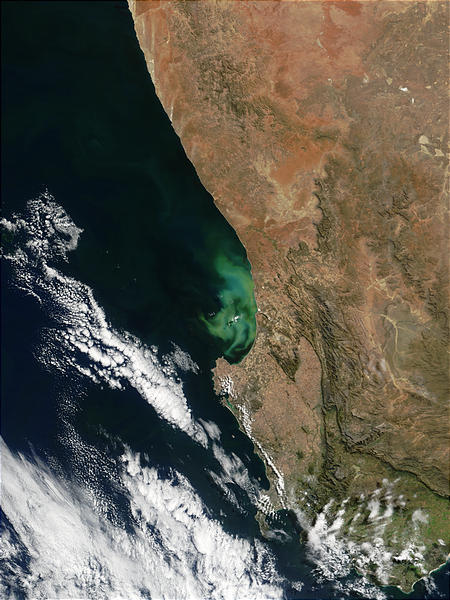 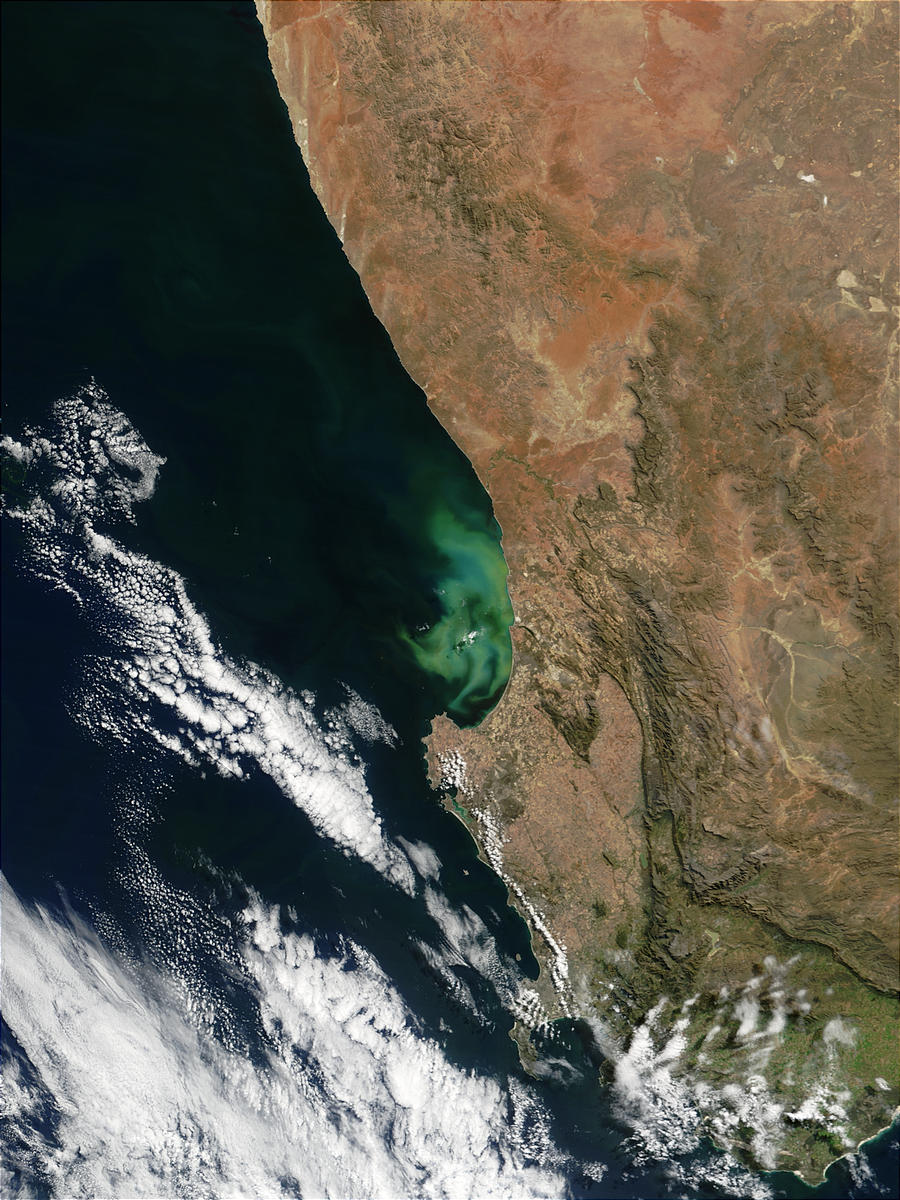 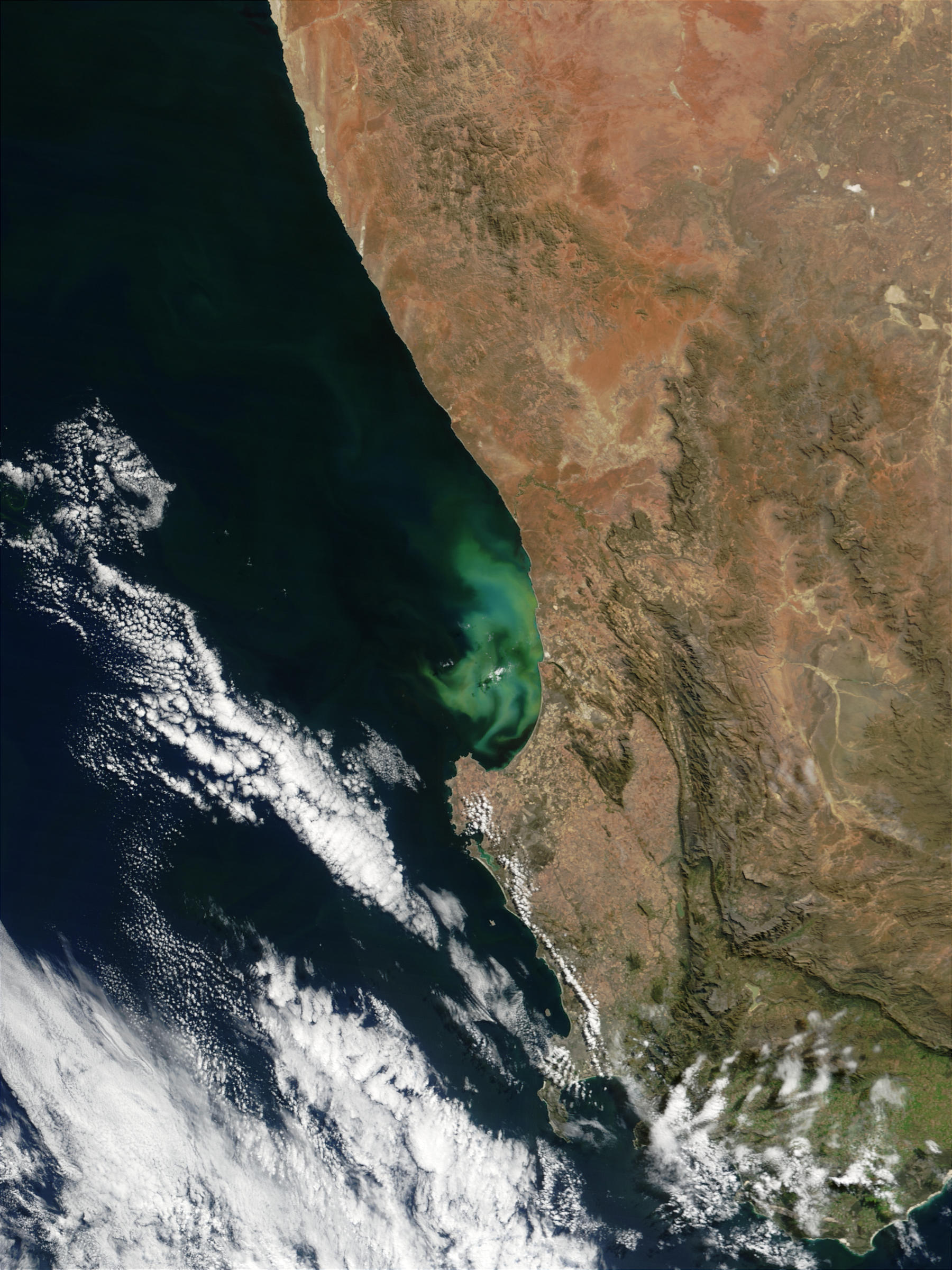 Since late March, a phytoplankton bloom has been occurring off the western coast of South Africa. Reports from water sampling at the site indicate that it is a rather unusual red tide containing a mixture of organisms called dinoflagellates and a species of coccolithophore called Syrachosphaera pulchra. A coccolithophore is an organism that has a chalky, calcium-based outer covering that reflects sunlight very strongly back from the ocean surface. Ocean waters that contain the organism appear very bright blue or green. This Moderate Resolution Imaging Spectroradiometer (MODIS) image was acquired April 24, 2003. The bloom has moved inshore from where it first appeared.