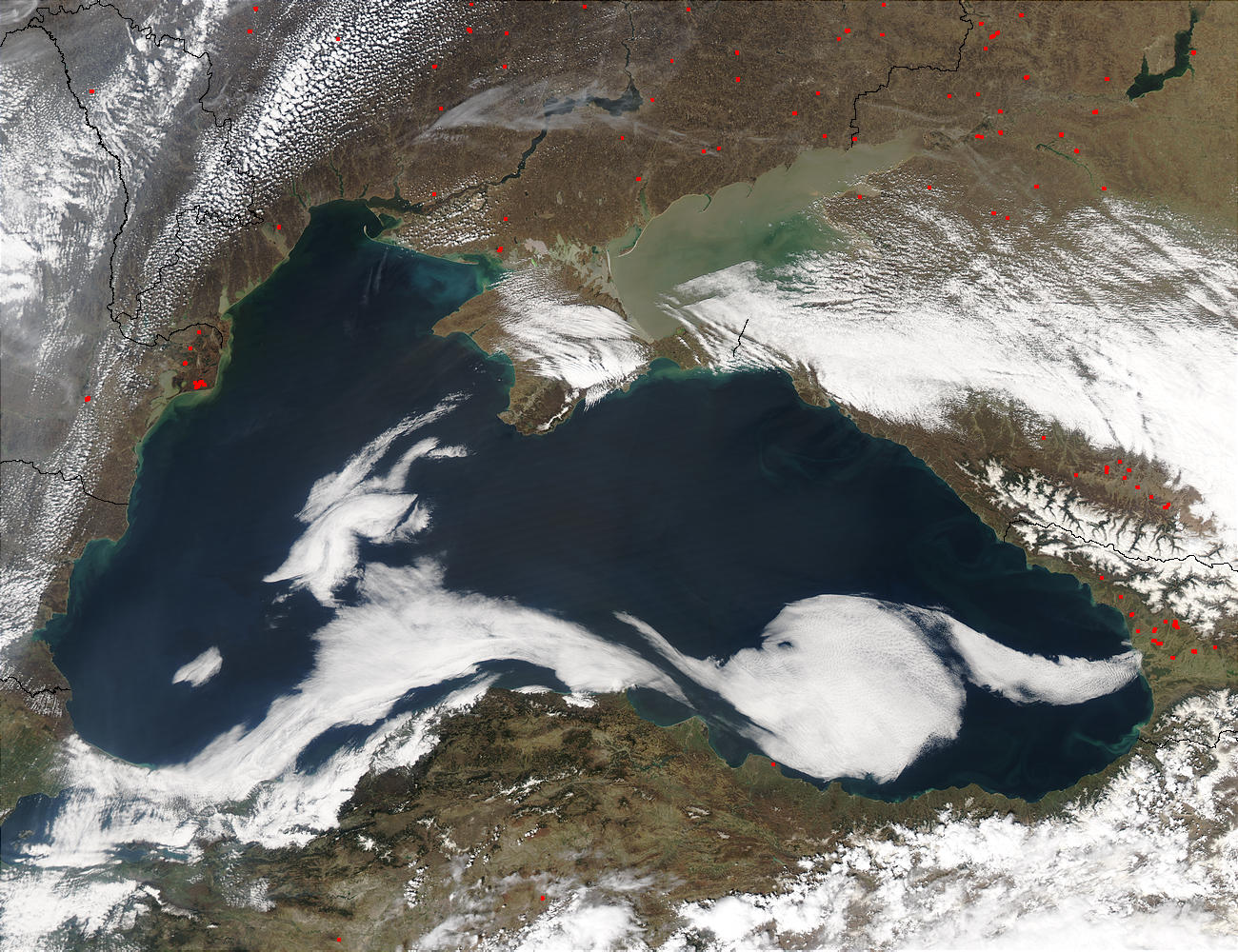 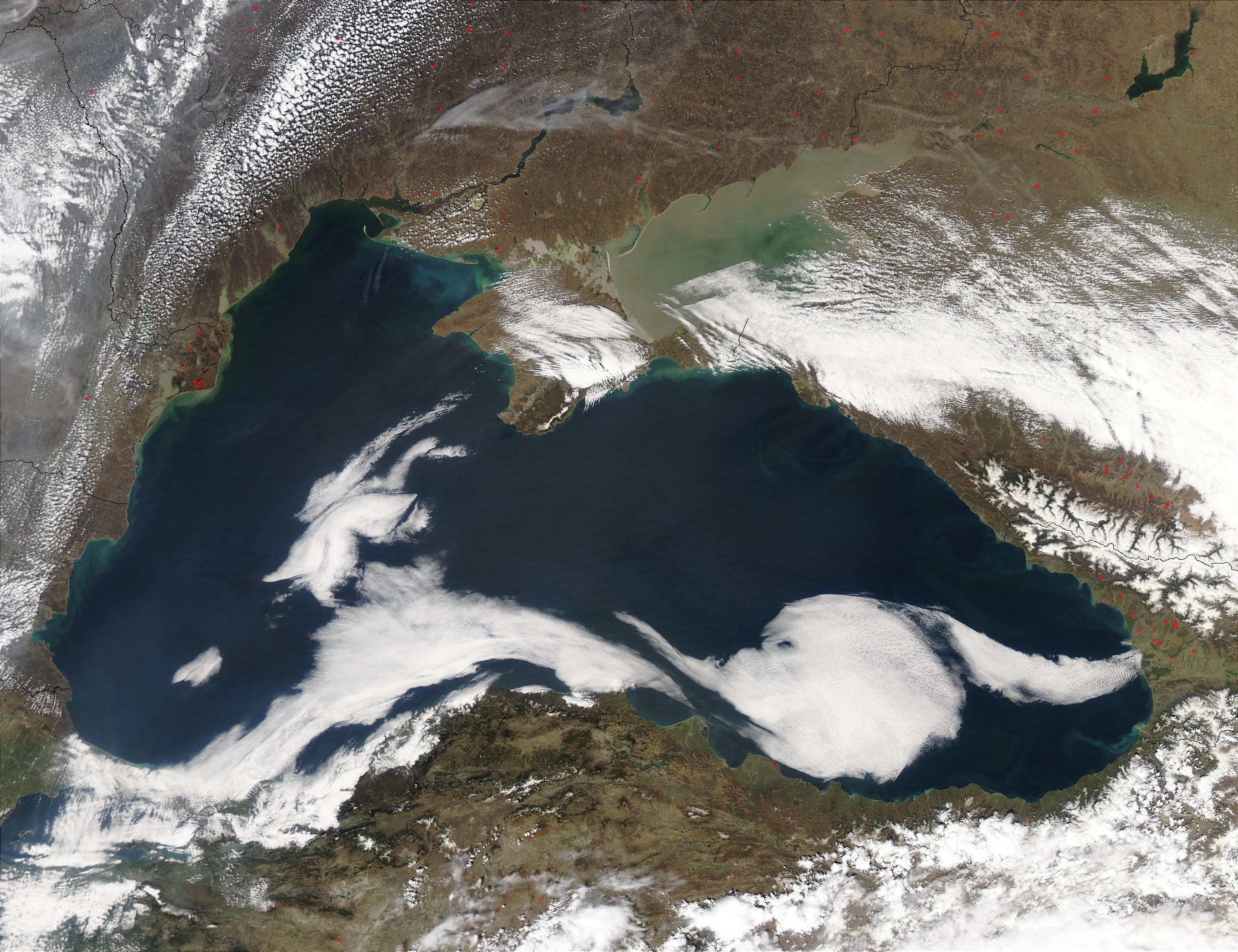 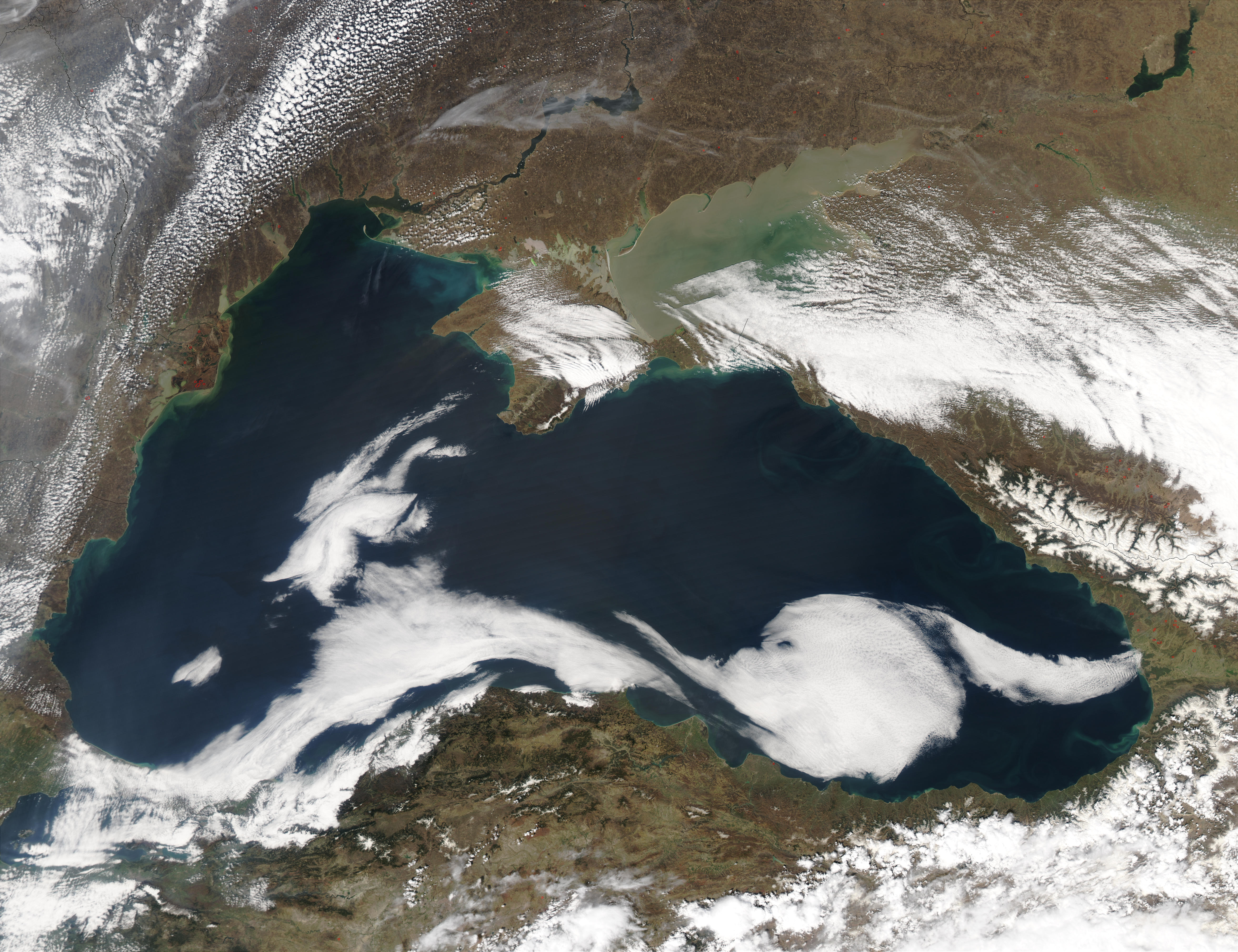 Set in between Eastern Europe and Asia, the Black Sea is a large inland sea connected to the Sea of Azov (the large tan body of water north of the Sea) via the Kerch Strait and to the Mediterranean Sea via the Bosporus, Sea of Marmara (body of water to the Sea´s southwest), and the Dardanelles. A number of rivers feed into it, including the Dnieper and Danube. The Black Sea´s shores touch the Ukraine in the north (top center), Russia in the northeast (top right), Georgia in the east (lower middle right edge), Turkey in the south (bottom), and Bulgaria (lower left edge) and Romania (middle left edge) in the west. Not quite reaching its shores is Moldova, which is sandwiched between Romania and the Ukraine.

The Black Sea reaches a depth of 2,245 meters (7,364 feet) and is composed of two layers. The lower layer is heavily saline in content, moves little, contains hydrogen sulfide (a highly poisonous acid when in water), and has no marine life. The top layer is much less salty and richer in fish. Though pollution in the Sea is a concern to the surrounding nations, it is a popular resort area during fair weather. This true-color Aqua MODIS image was acquired on April 15, 2003.