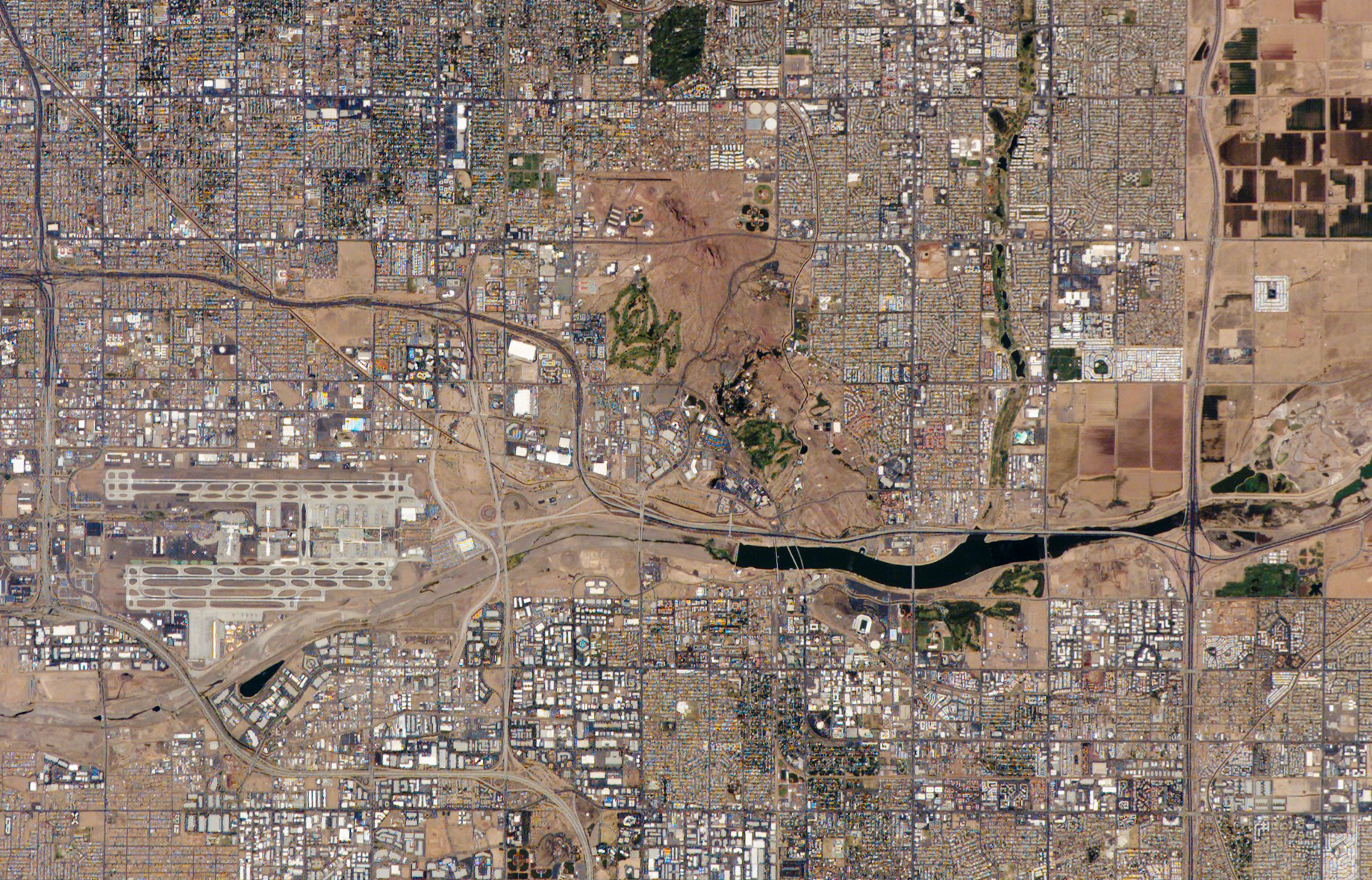 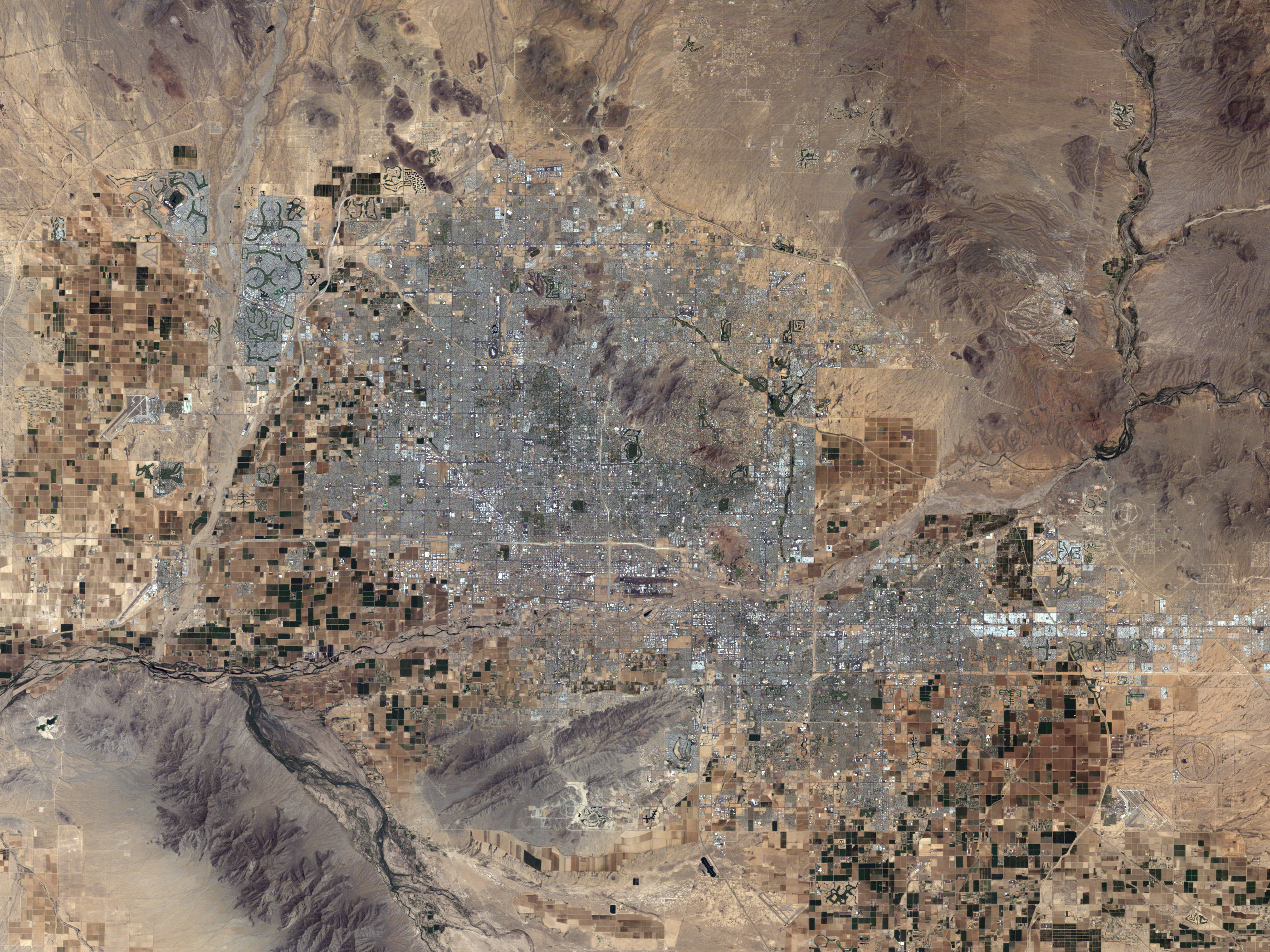 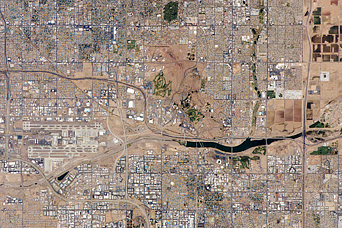 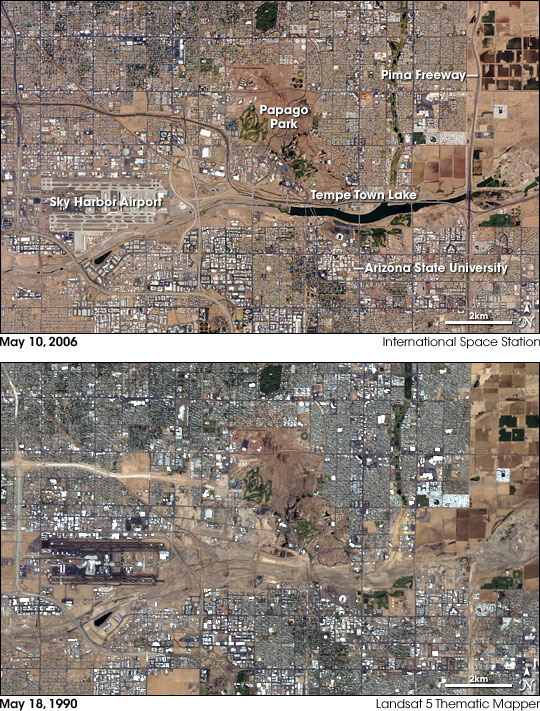 The Phoenix, Arizona, metropolitan area is the largest in the southwestern United States. This astronaut photograph of the central metro region includes the boundary area between three of the municipalities included in the conurbation of Phoenix: the cities of Phoenix (left), Tempe (center and lower right), and Scottsdale (upper right).

Astronaut photograph ISS013-E-17394 was acquired May 10, 2006, with a Kodak 760C digital camera using a 400 mm lens, and is provided by the ISS Crew Earth Observations experiment and the Image Science & Analysis Group, Johnson Space Center. The image in this article has been cropped and enhanced to improve contrast. The International Space Station Program supports the laboratory to help astronauts take pictures of Earth that will be of the greatest value to scientists and the public, and to make those images freely available on the Internet. Additional images taken by astronauts and cosmonauts can be viewed at the NASA/JSC Gateway to Astronaut Photography of Earth.