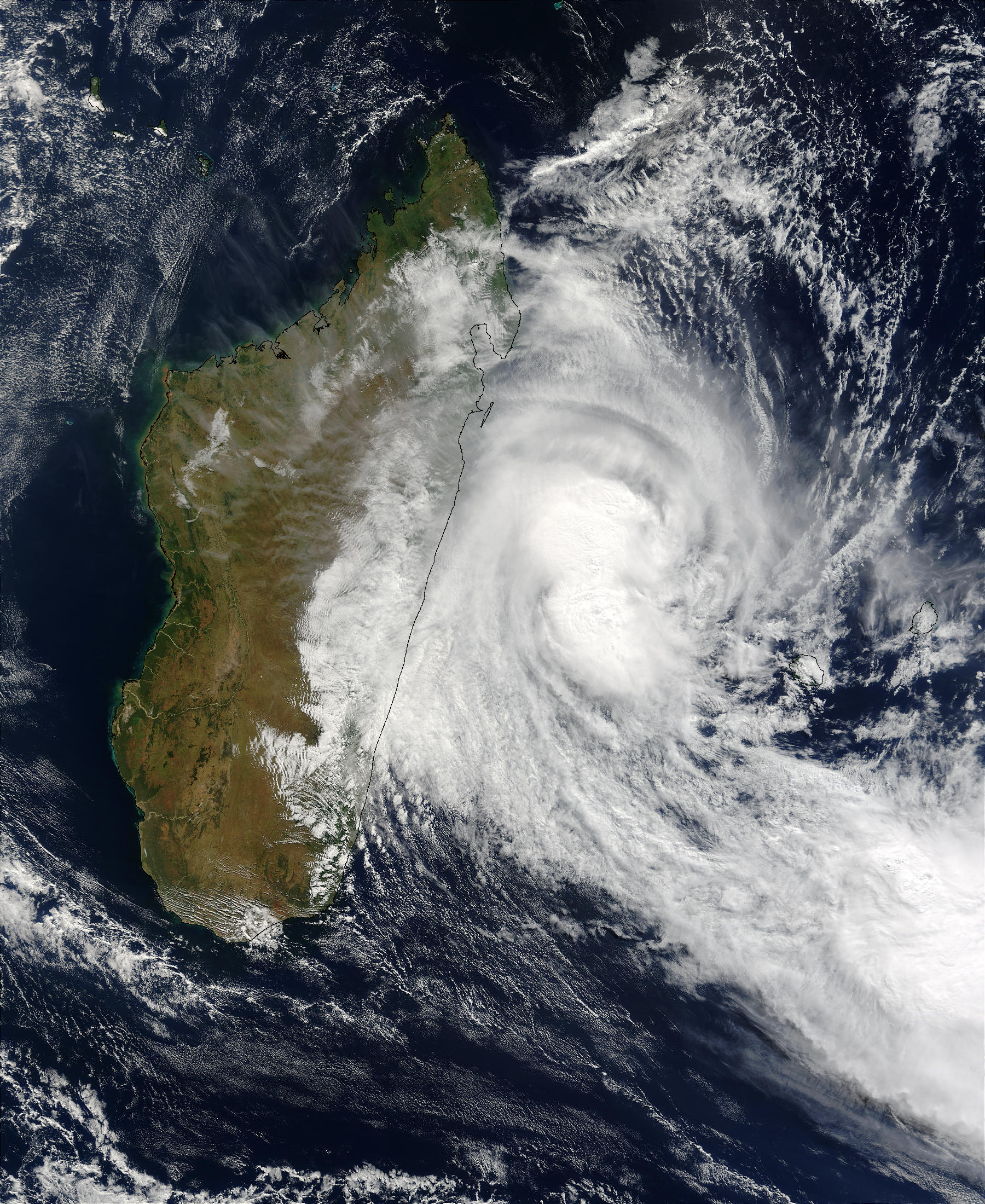 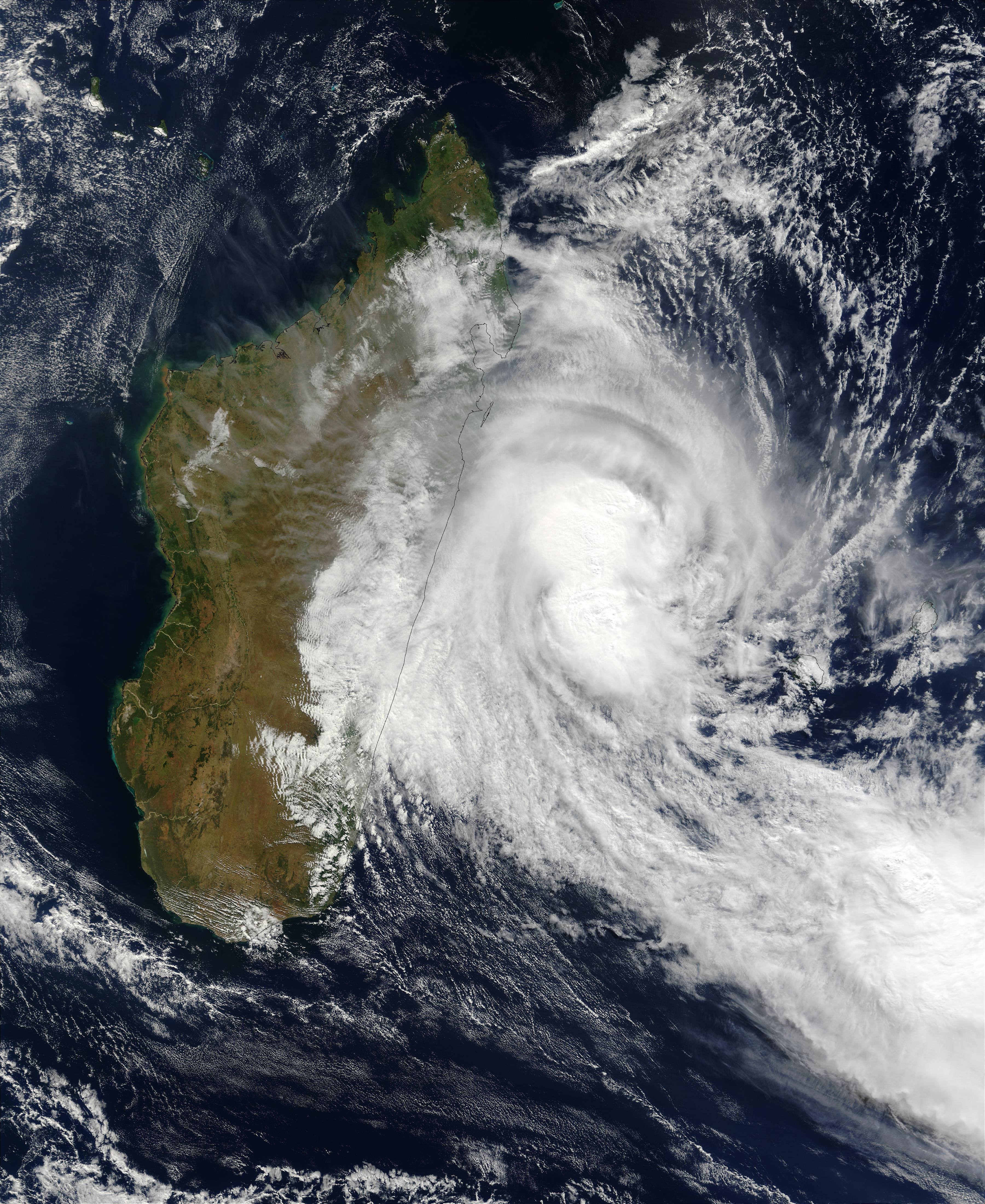 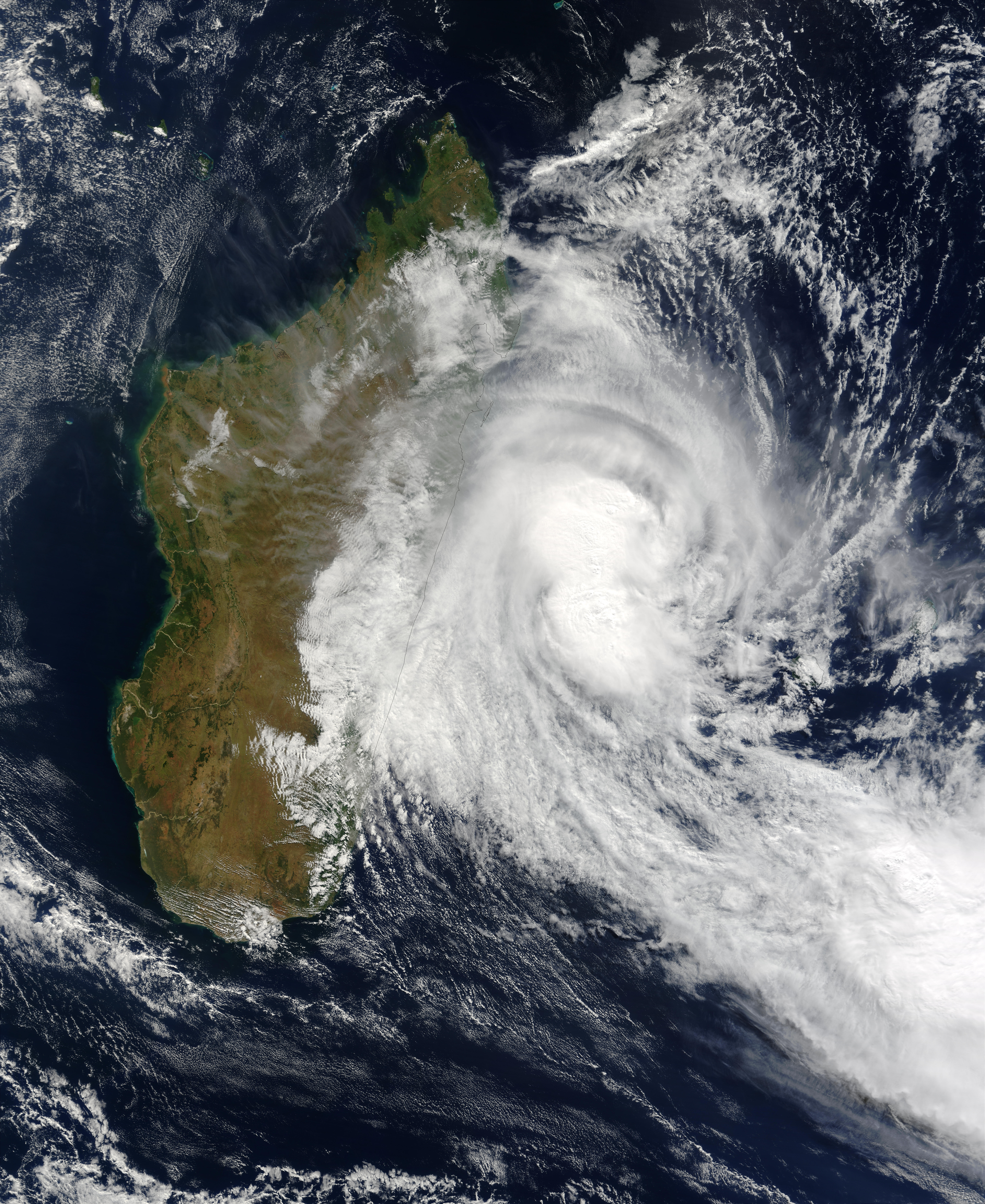 Tropical Storm Manou is bearing down on the east coast of Madagascar in this Moderate Resolution Imaging Spectroradiometer (MODIS) image from the Terra satellite on May 7, 2003. As of the morning of May 8, the eye of the storm was about 40 miles off the coast Madagascar. Manou was expected to intensify briefly before making landfall, weaken a bit as it moved southward along the coast, and then head back out over the southern Indian Ocean, where it will intensify once again. As of the morning of May 8, the storm had sustained winds of 71 miles per hour. The rainy season in Madagascar is typically November-April, during which time the island, which is located off the southeastern tip of Africa, is subject to tropical cyclones, averaging about 4 per year.