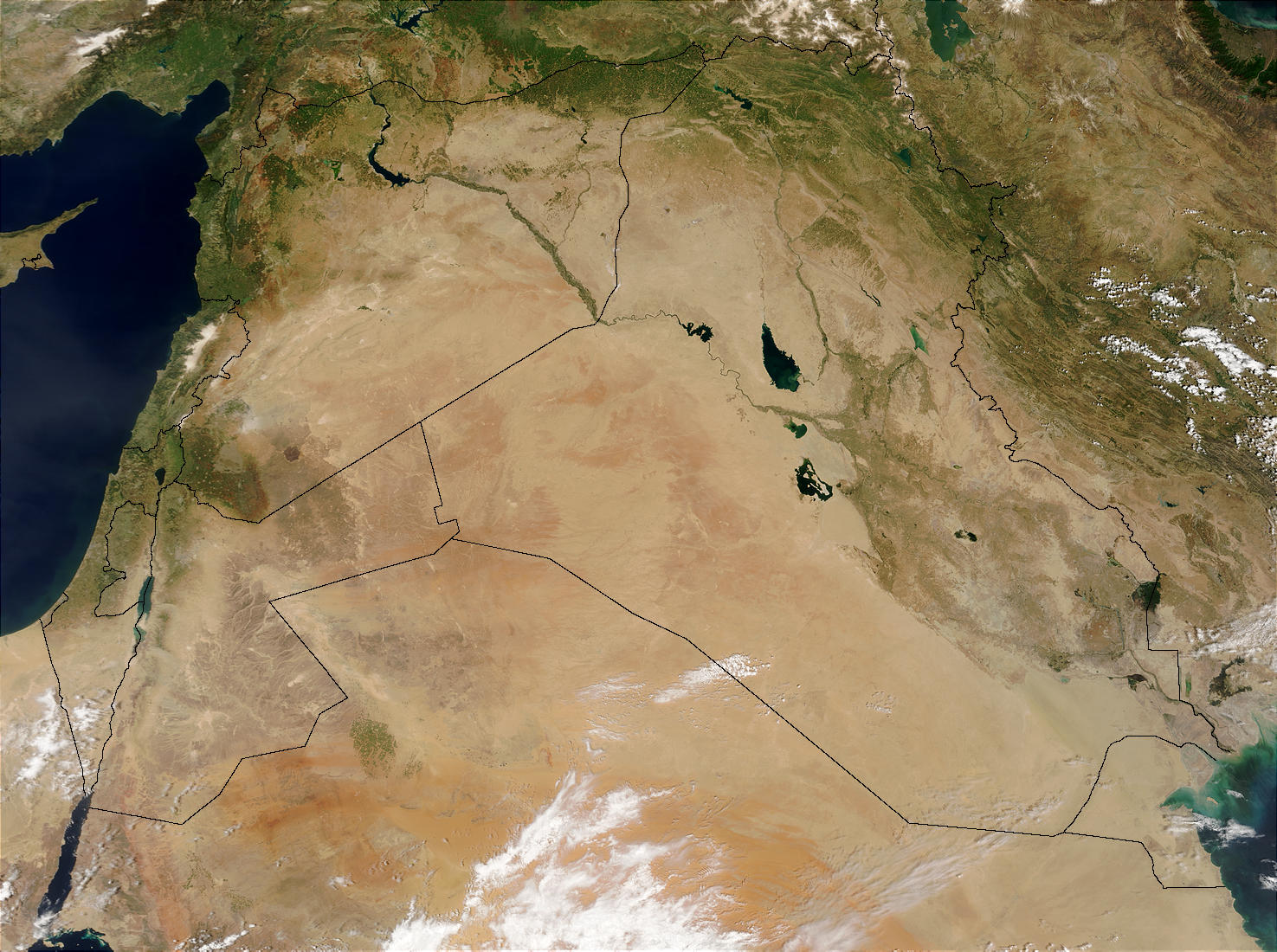 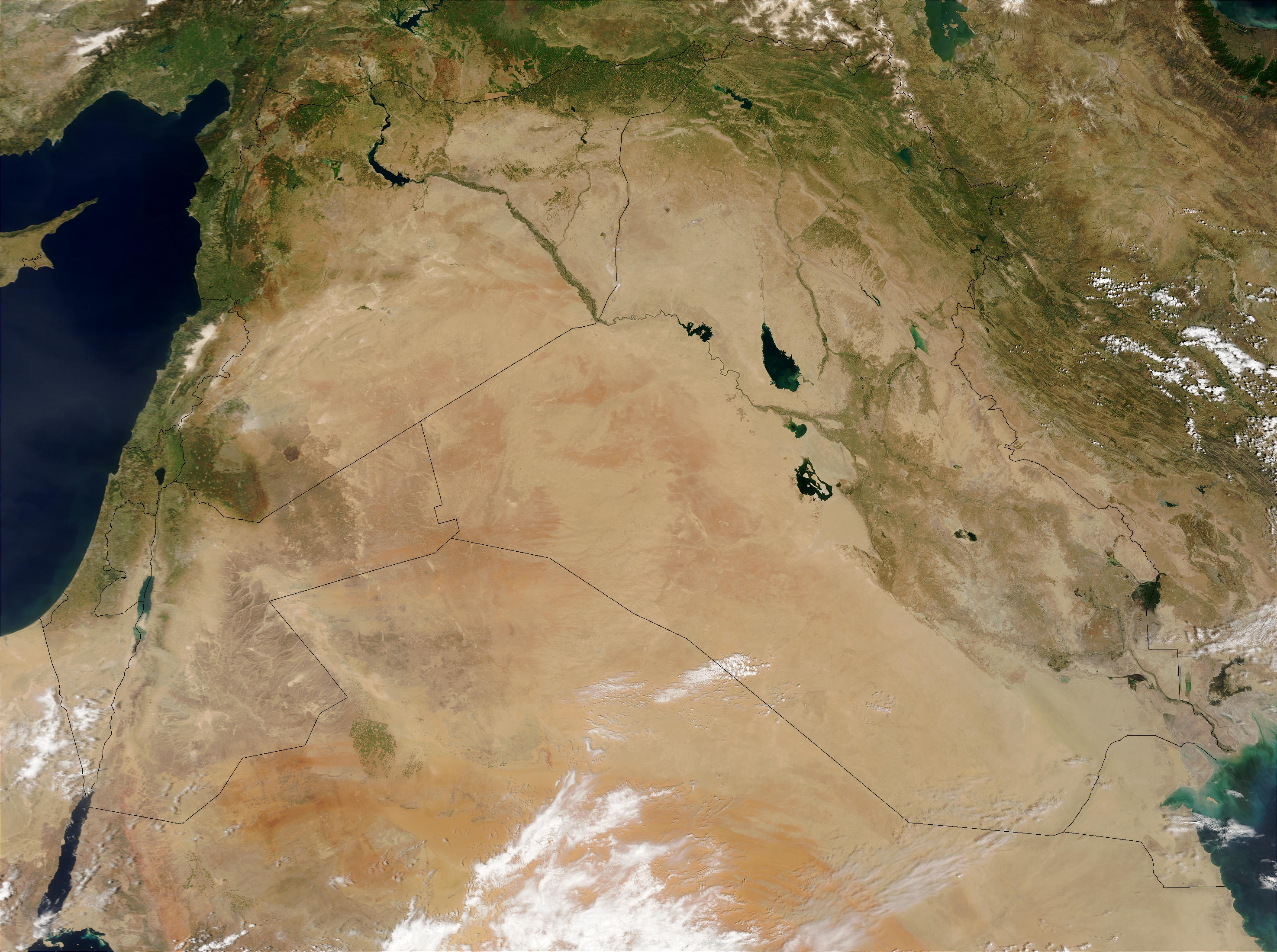 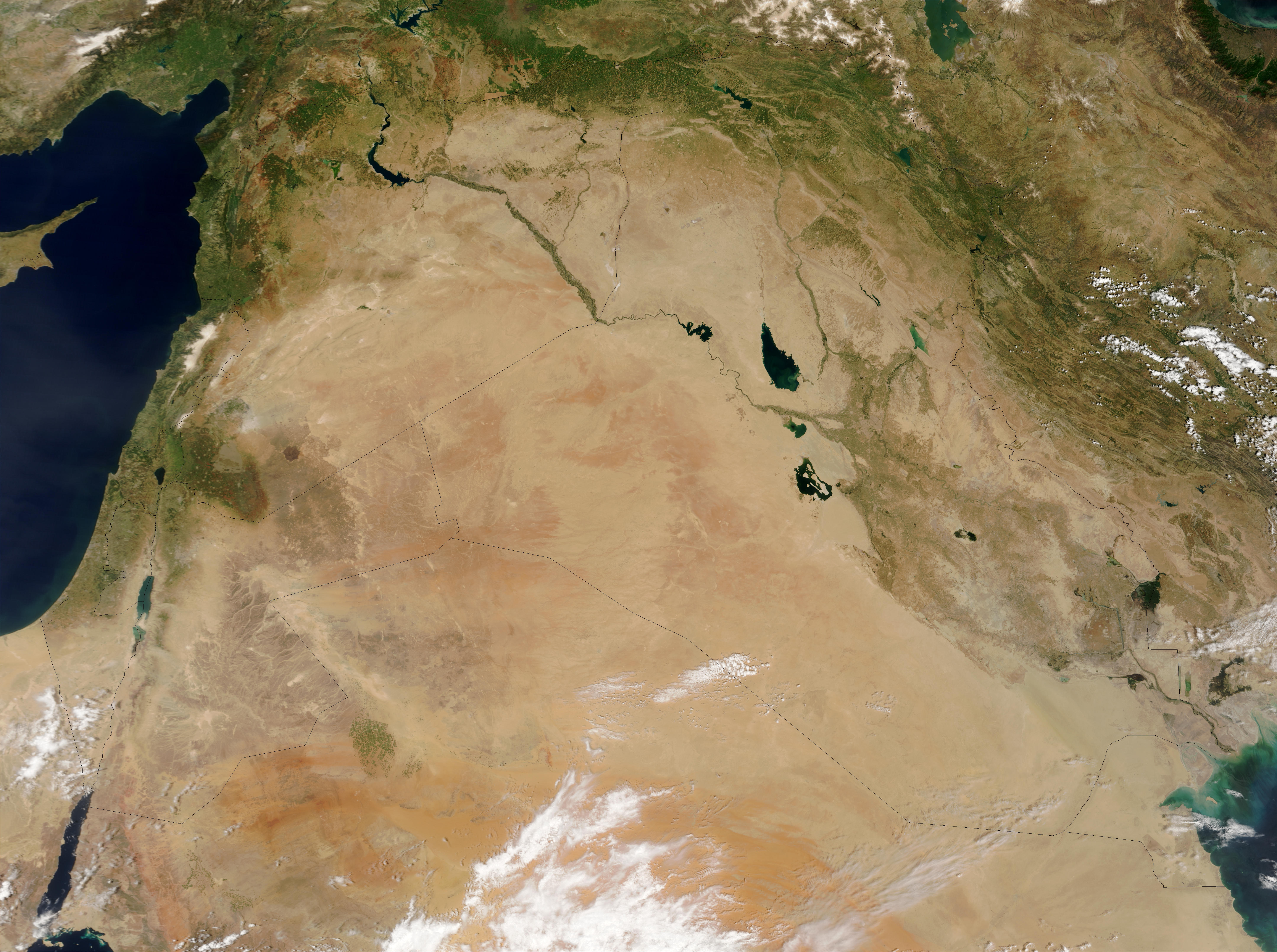 Deserts stretch across the Middle East in shades of tan, pink, and orange, while green foothills, mountains, and plains mark their edges. Turkey blooms across the northern edge of the image, as does Iran to the northeast. The Tigris (upper) and Euphrates (lower) Rivers in Iraq bring a faint wash of green to its otherwise dry desert soil (right of the image center). On the southern edge, a bright swath of orange marks Saudi Arabia´s Al Jawf desert, and a lonely, though large, spot of green near the Jordanian border in the west springs from the Wadi al Ghinah. Separated from Saudi Arabia, Jordan, and Israel by the Gulf of Suez and the Red Sea, Egypt marks the southwestern image edge. North of Egypt, the eastern edge of the Mediterranean laps at the shores of (from south to north) Israel, Lebanon, Syria, Cyprus, and Turkey. This true-color Terra MODIS image was acquired on May 4, 2003.