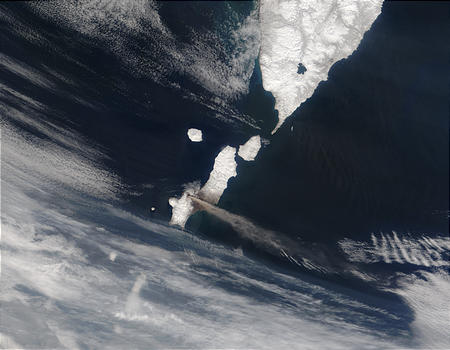 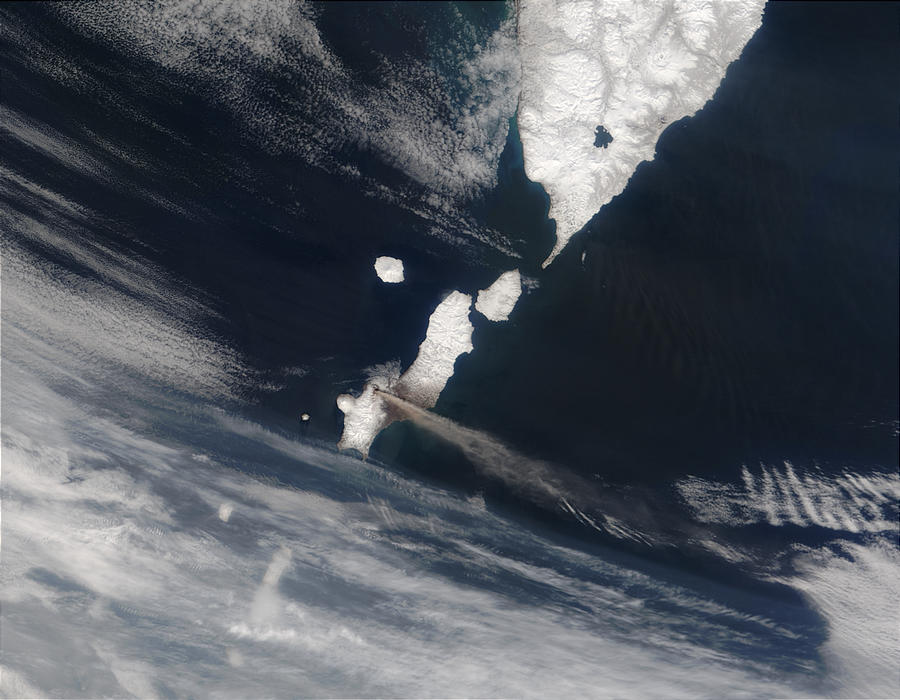 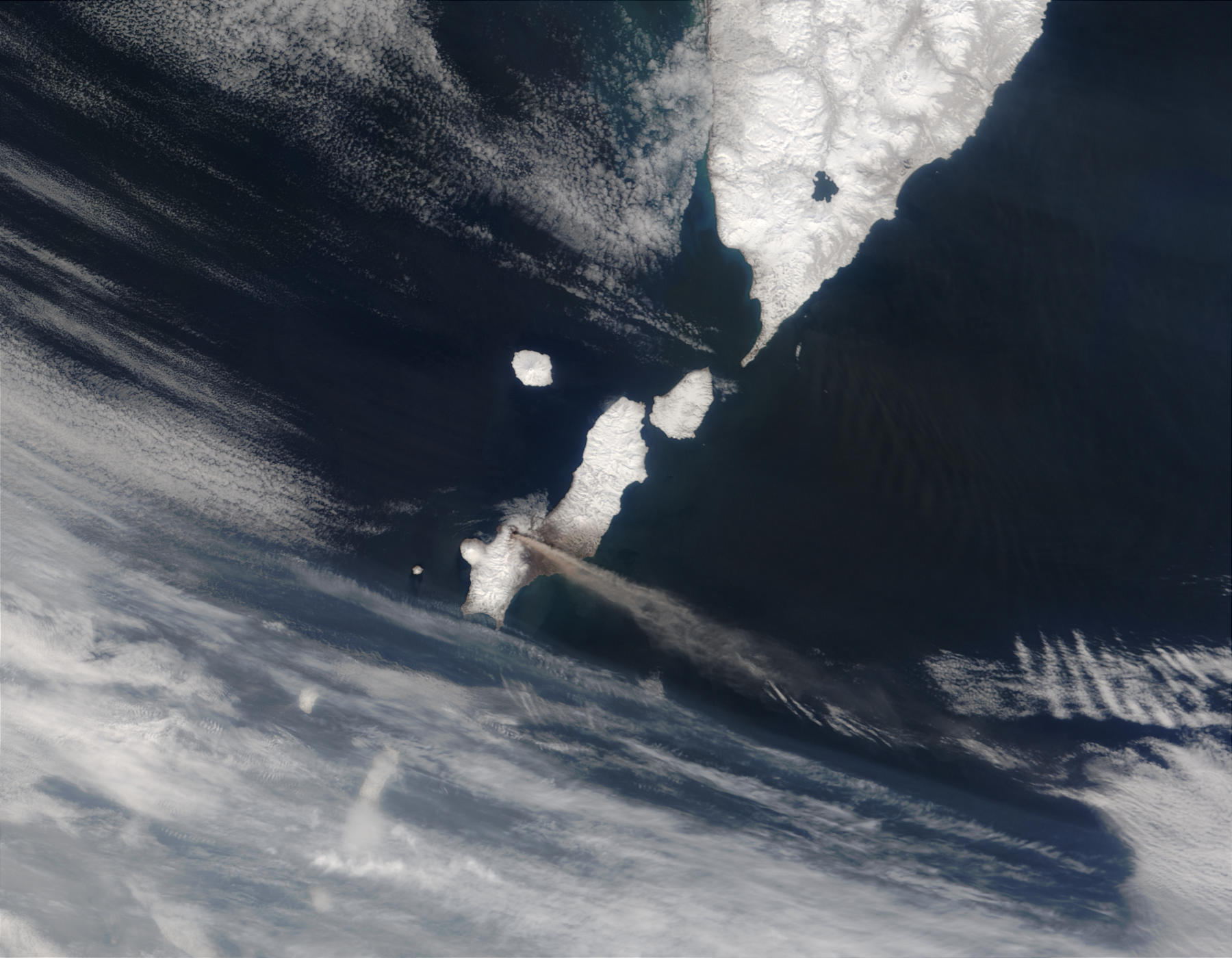 The Chikurachki Volcano on Paramushir Island continues to erupt on May 13, 2003. This Moderate Resolution Imaging Spectroradiometer (MODIS) image from the Terra satellite shows a plume of ash, probably mixed with steam coming from the summit of the volcano. The plume stretches hundreds of miles to the southeast. The ongoing eruptions since April 18, 2003, have left a blanket of ash in the central part of the island. Paramushir is one of the Kuril Islands, a volcanic chain that stretches in an arc between Japan to the south and Russia’s Kamchatka Peninsula to the north.