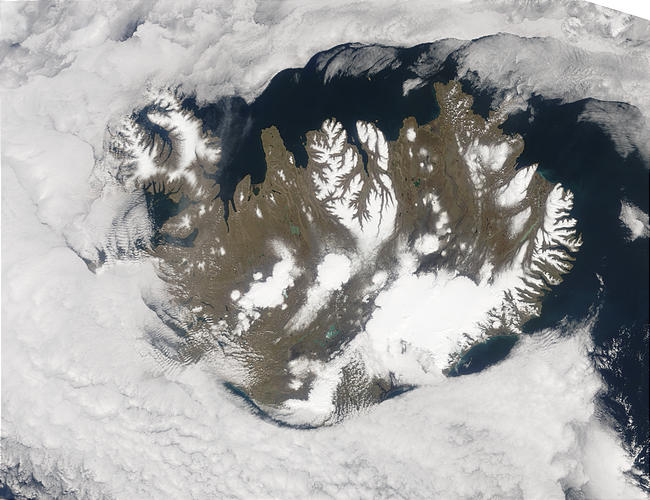 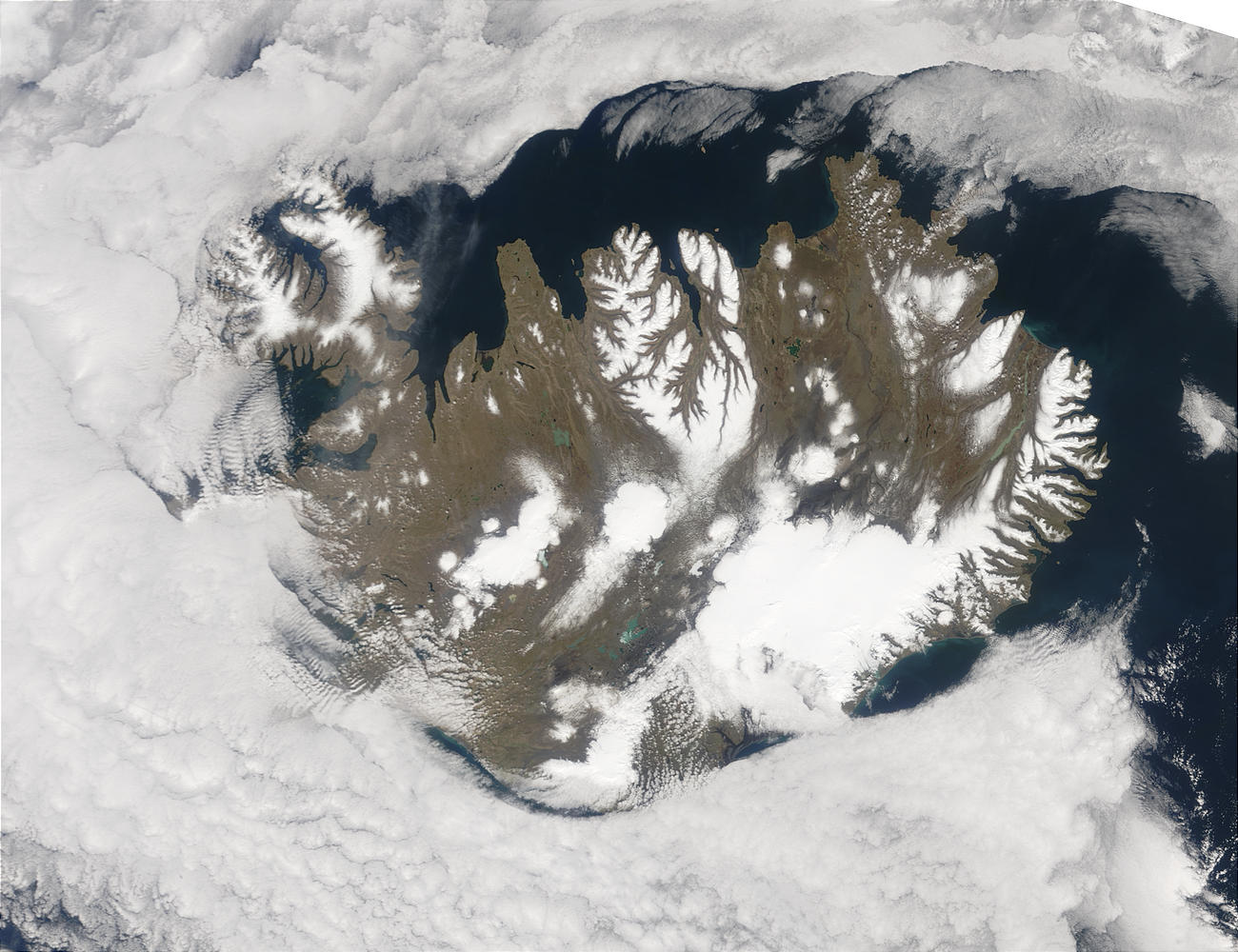 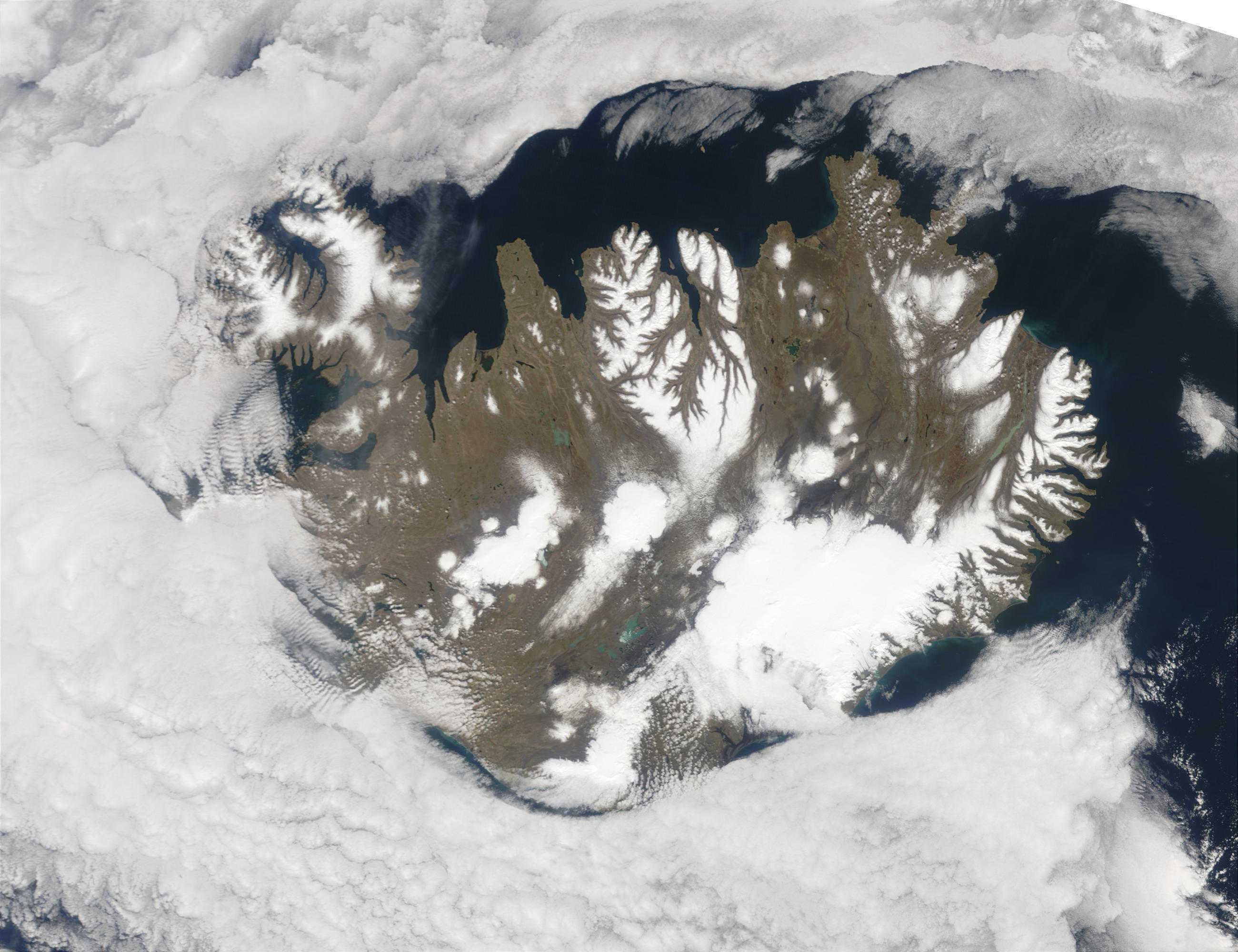 Almost completely surrounded by a thick blanket of clouds, Iceland is shown here in this true-color Terra MODIS image acquired on May 15, 2003. Iceland sits in the northern Atlantic Ocean, about 200 kilometers southeast of Greenland. Because of its proximity to the North Atlantic Drift current, Iceland experiences a relatively humid, mild climate, though in the northern and eastern parts of the island, the climate is more tundra-like. The island is home to vast ice fields, the largest of which by far is the Vatnajokull on the southeastern edge. To its left are the Hofsjokull and the Langjokull, and on the southernmost edge is the Myrdalsjokull. In addition to these ice fields, Iceland is home to over 200 volcanoes, many of which are still active. Hot springs are also abundant, and provide a cheap heat source.