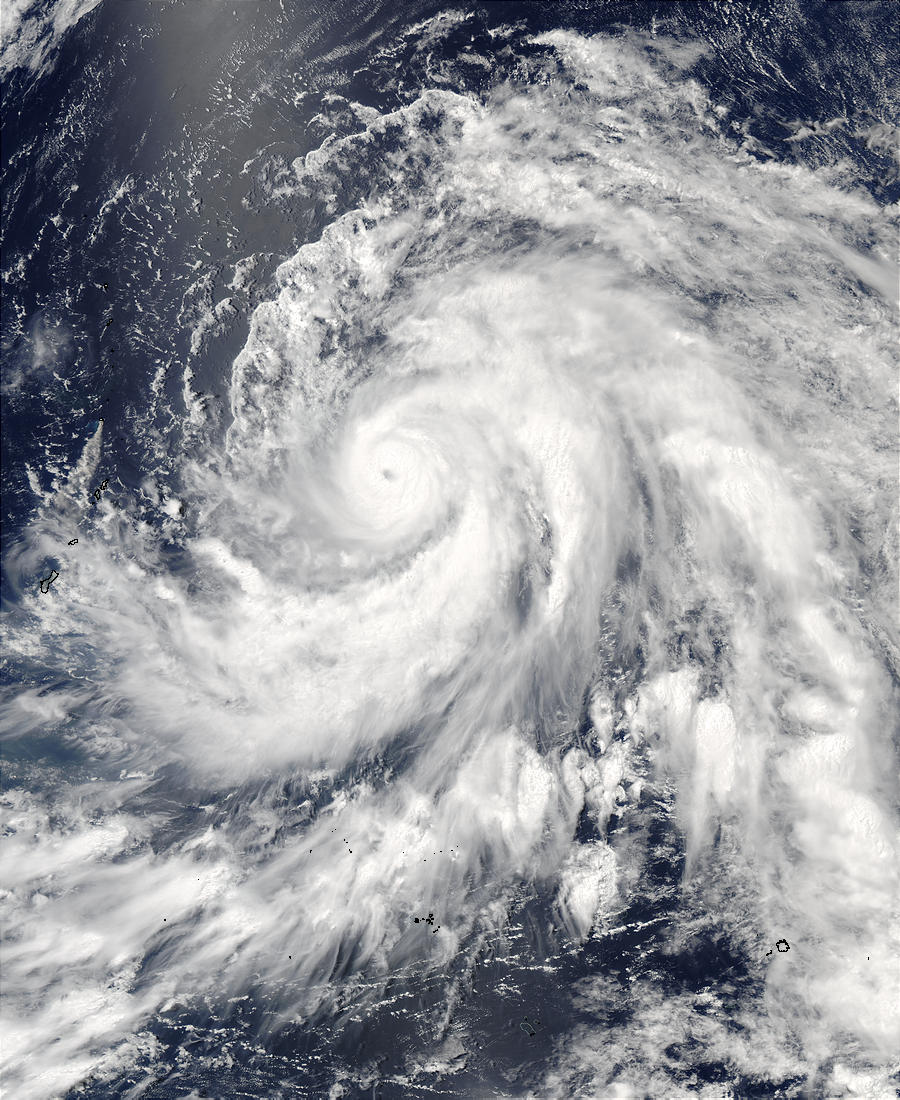 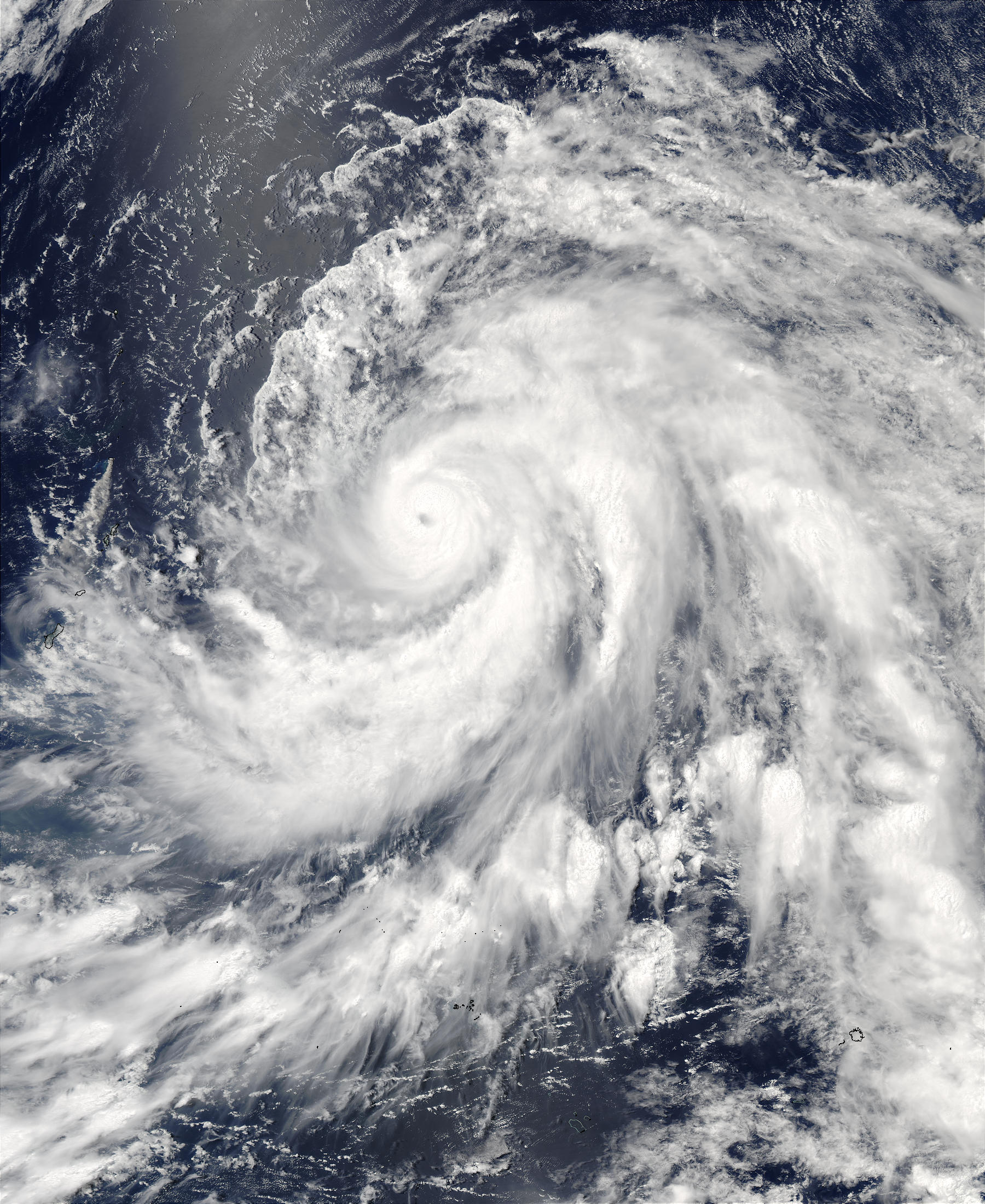 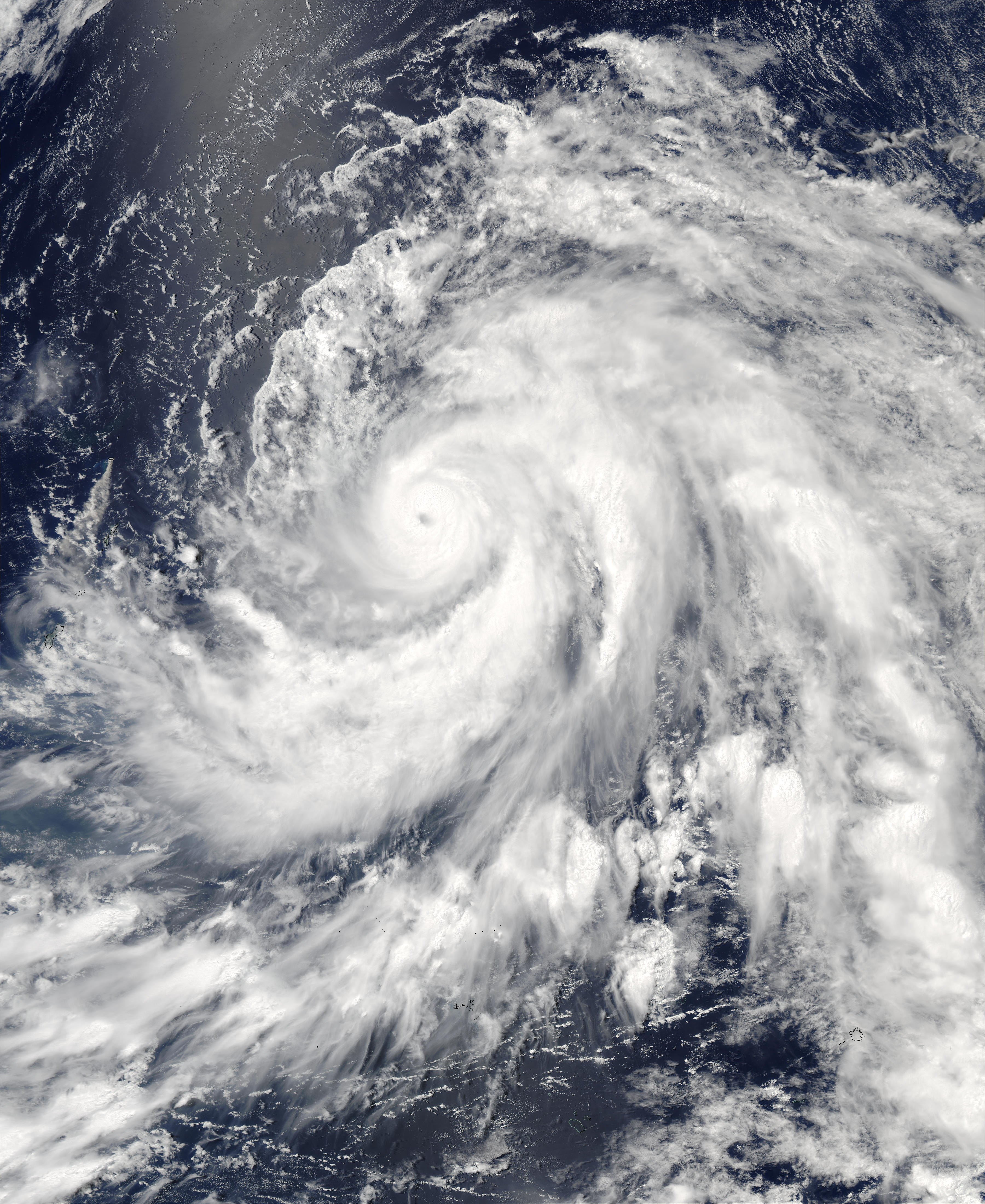 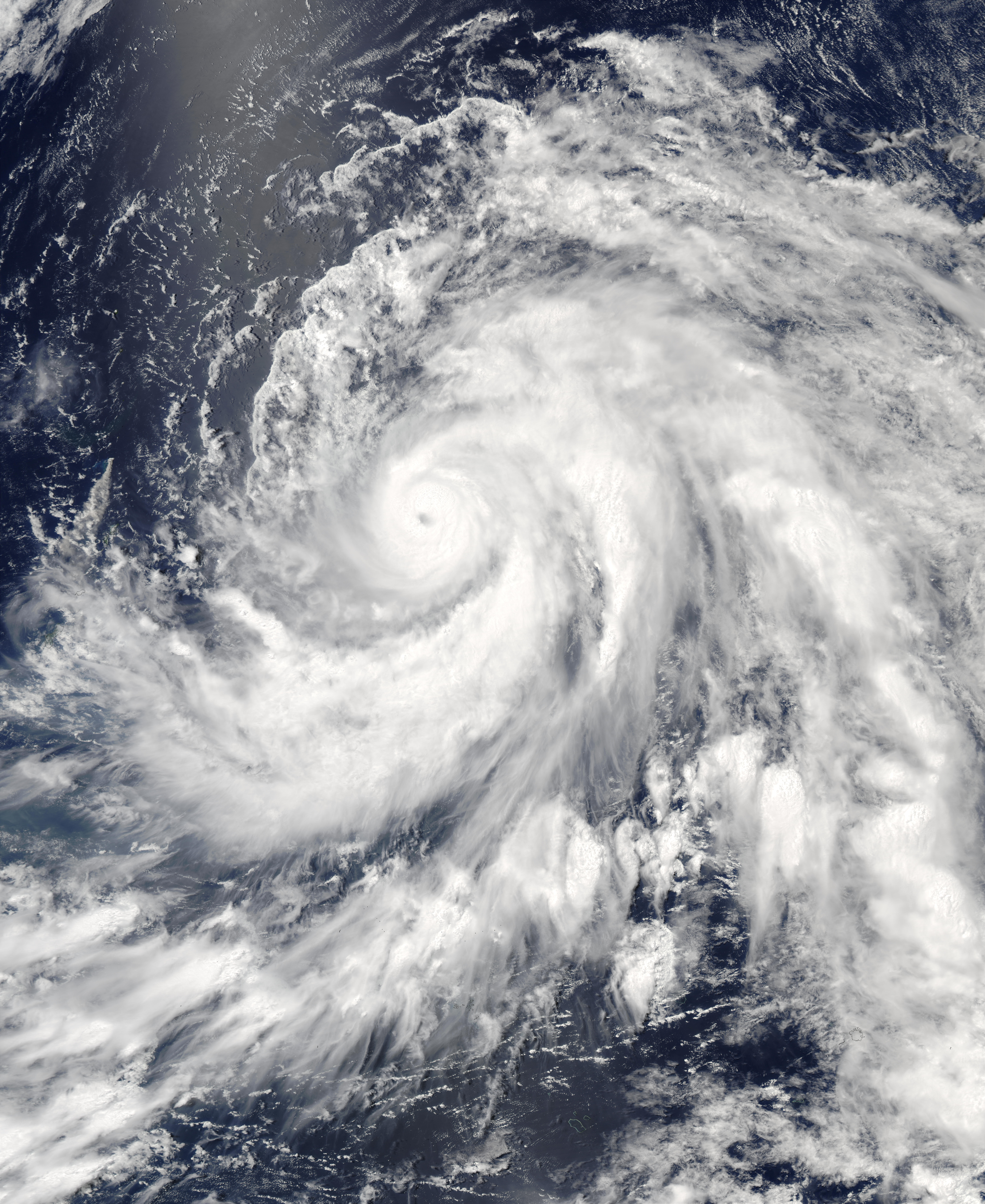 In a mere four days, Tropical Cyclone Chan-hom in the southeast Asian region of the Pacific Ocean grew from a Level 1 storm with 65 knot winds, up to a Level 4 with 115 knot winds, and back down to 1 (1 knot = 1.15 mph). Chan-hom put Guam, Saipan, and the other Northern Mariana Islands on a typhoon watch for a couple of days, but ultimately didn´t come near enough to the islands to bring anything more than rain and a little volcanic ash from the erupting Anatahan Island volcano. Chan-hom traveled on a northeasterly path past the islands, and eventually died out on May 27, 2003. This Moderate Resolution Imaging Spectroradiometer (MODIS) image of the storm was acquired on May 23, 2003, by the Aqua satellite.