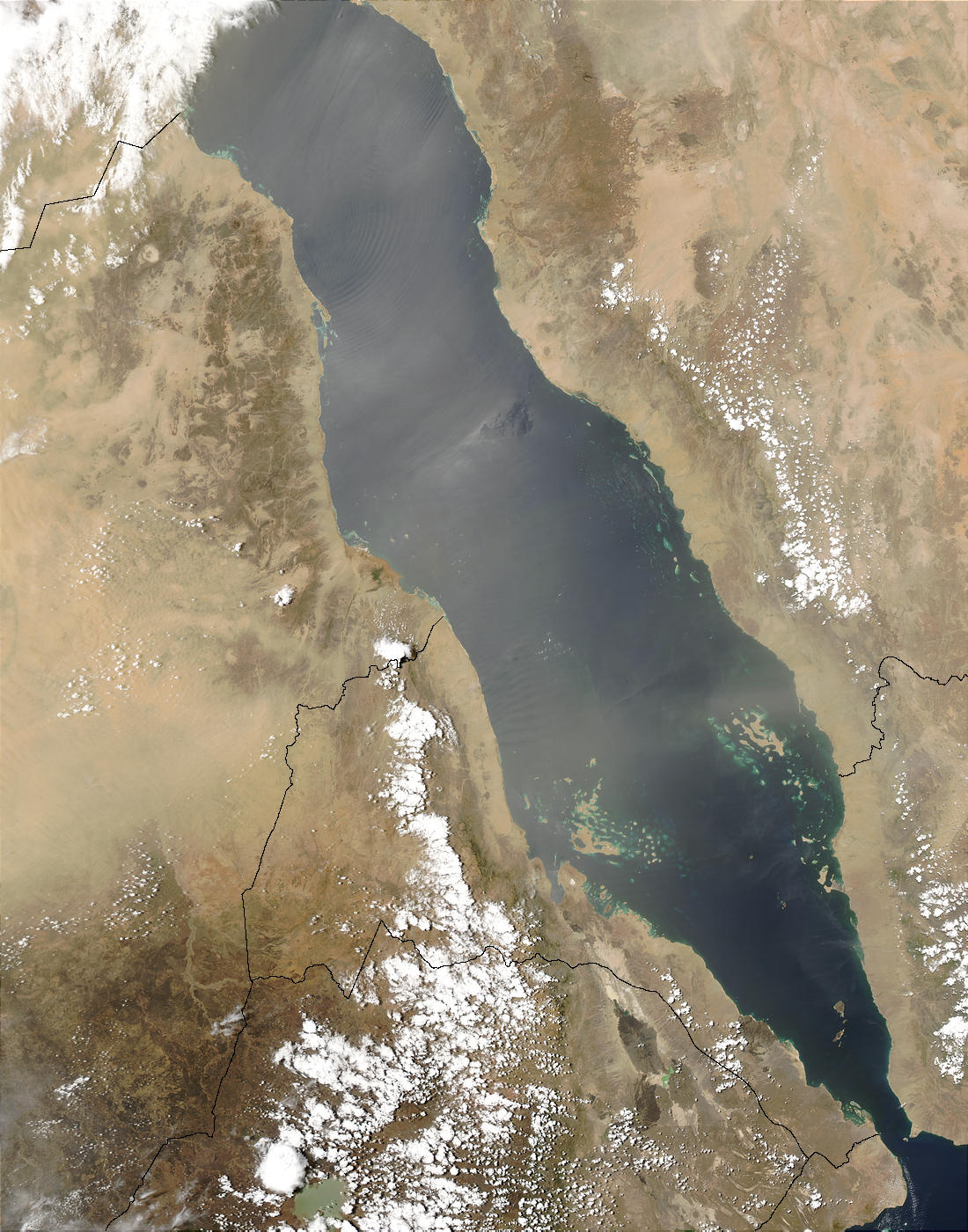 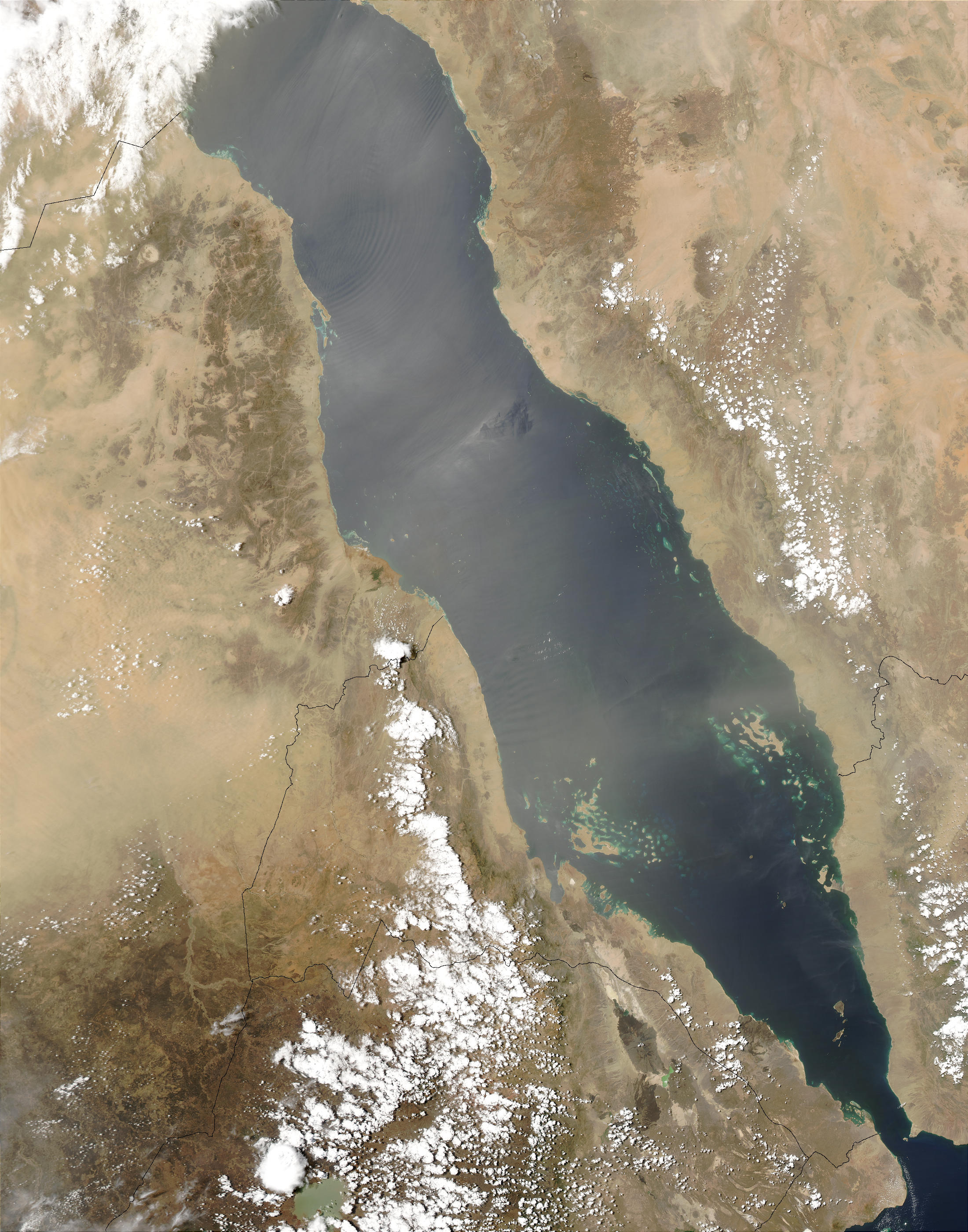 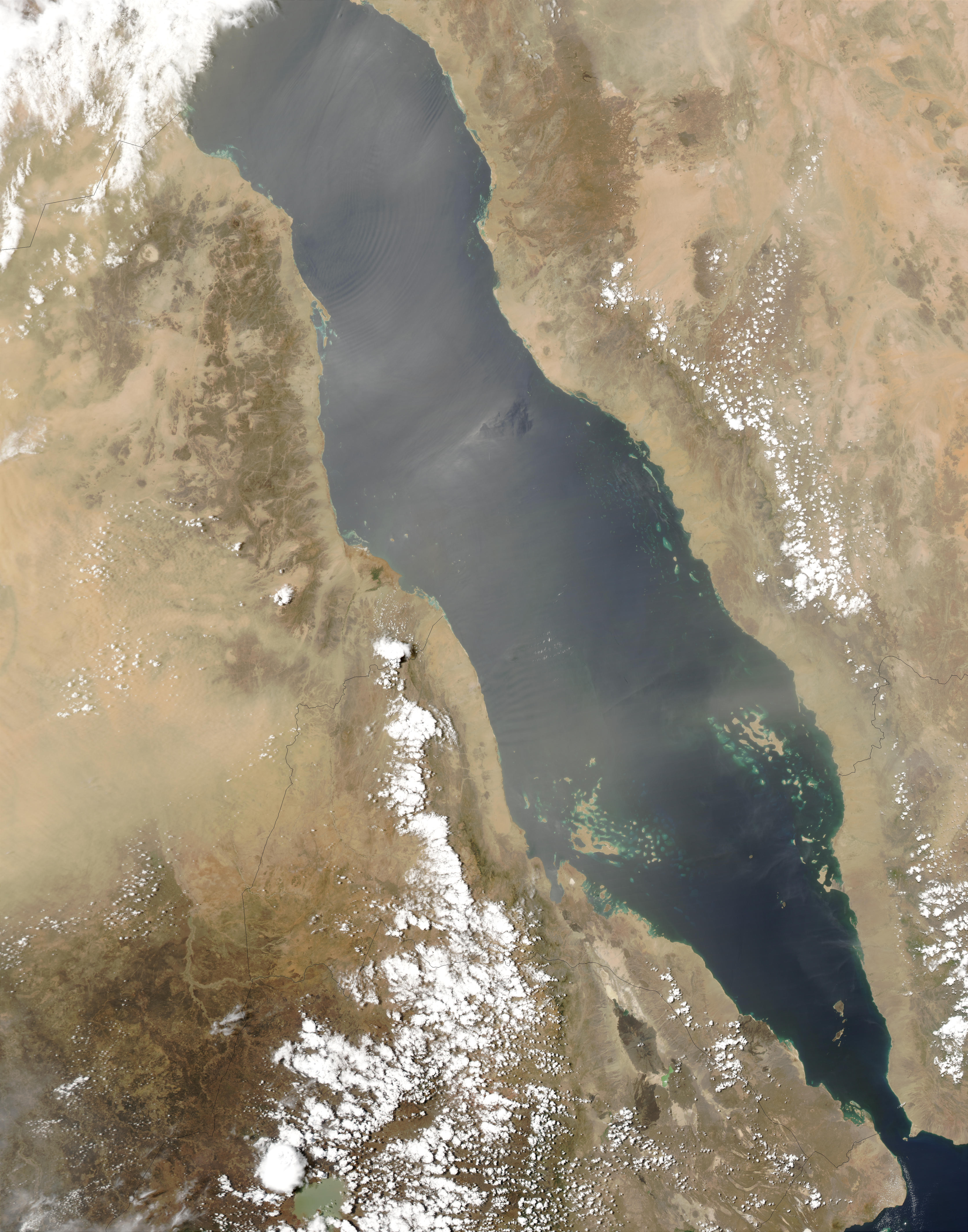 Dust Storms over the Red Sea

The Red Sea borders the Arabian Peninsula on the east, and also marks the division between Africa and the Middle East. This sea, imaged here during dust storms by the Aqua MODIS instrument on May 31, 2003, played an important role in trade for thousands of years, until the late 1400s. When the Suez Canal opened in 1869, its importance to global trade increased as one of the major shipping routes between Europe, East Asia, and Australia.

Surrounding the Red Sea are (clockwise from upper left) Egypt, Saudi Arabia, Yemen, Eritrea, and Sudan. Dust storms are common in this region due to the proximity of a number of deserts. The dust in the air appears as a veil of varying translucence flowing across most of the image. Just south of the Red Sea´s connection to the Gulf of Aden (via the Bab al Mandab strait) sits Djibouti. To the west of Djibouti and Eritrea is Ethiopia. This sea has a high saline content and is usually quite warm (around 85 F during the summer).