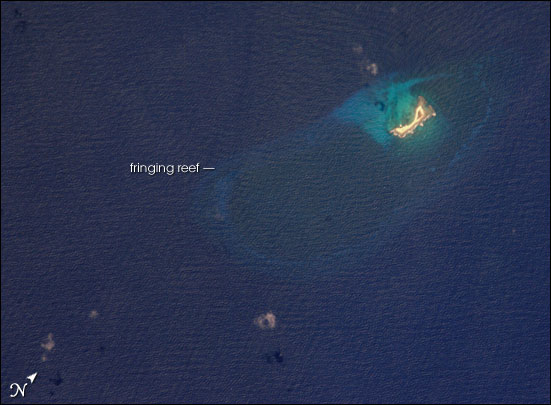 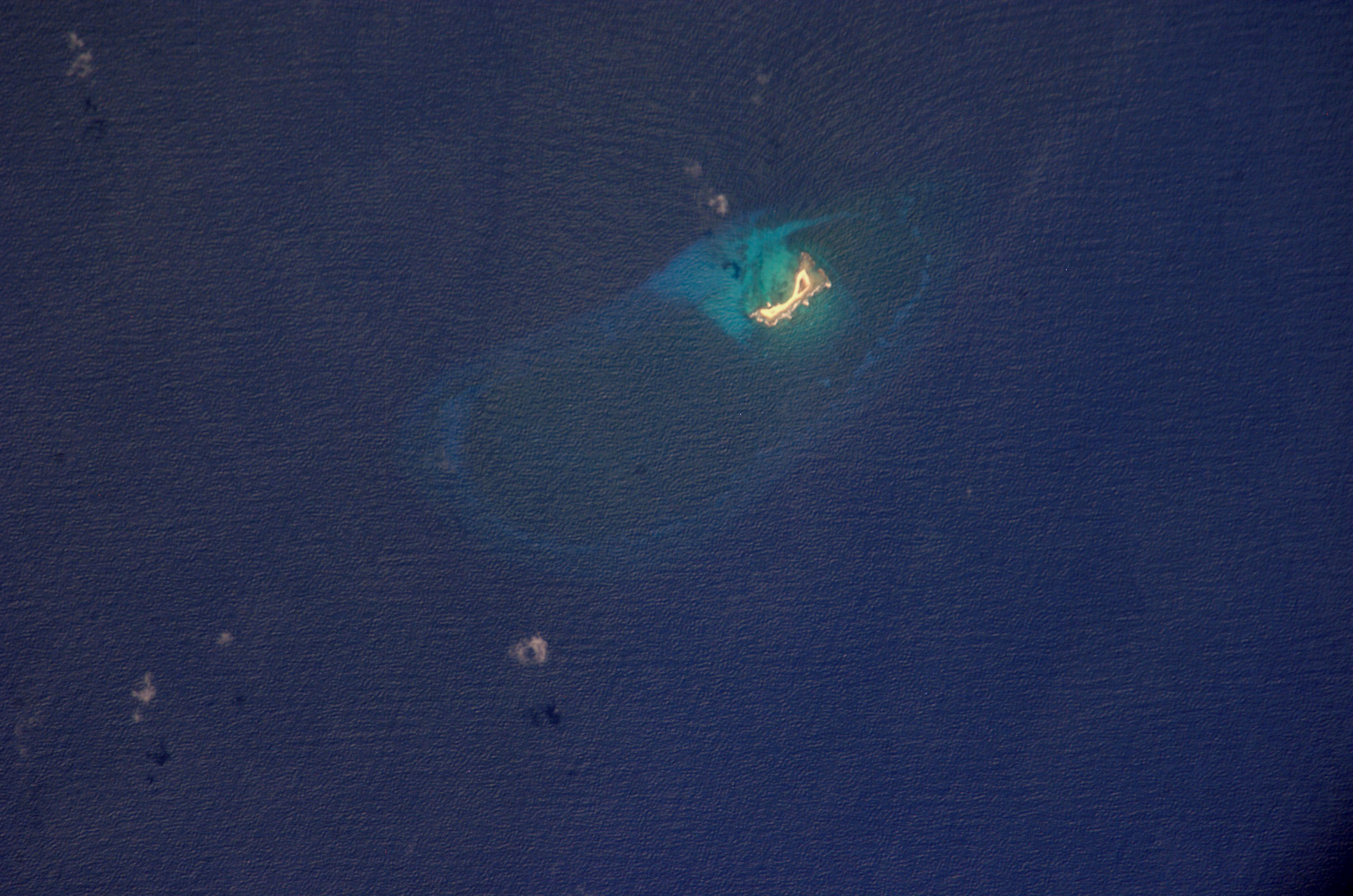 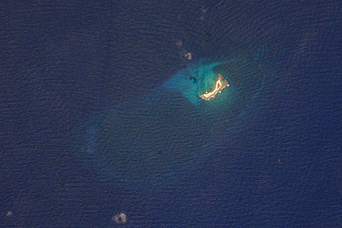 Named Isla de Aves in Spanish, (meaning “Island of the Birds”) Aves Island lies west of the Lesser Antilles in the Caribbean. It provides a nesting site to green sea turtles (Chelonia mydas) and, of course, birds. Because the abundant bird droppings, known as guano, could be used in fertilizer and gunpowder, guano miners worked on the island until they depleted the supply. Since its discovery by Europeans, likely in the late 16th century, Aves Island was subsequently claimed by several European nations. The island is currently claimed by Venezuela, although disputes about ownership of the island, and the surrounding exclusive economic zone in the Caribbean, continue today.

Astronaut photograph ISS013-E-27590 was captured on May 27, 2006, with a Kodak 760C digital camera using an 800 mm lens, and is provided by the ISS Crew Earth Observations experiment and the Image Science & Analysis Group, Johnson Space Center. The image has been cropped and enhanced to improve contrast. Lens artifacts have been removed. The International Space Station Program supports the laboratory to help astronauts take pictures of Earth that will be of the greatest value to scientists and the public, and to make those images freely available on the Internet. Additional images taken by astronauts and cosmonauts can be viewed at the NASA/JSC Gateway to Astronaut Photography of Earth.