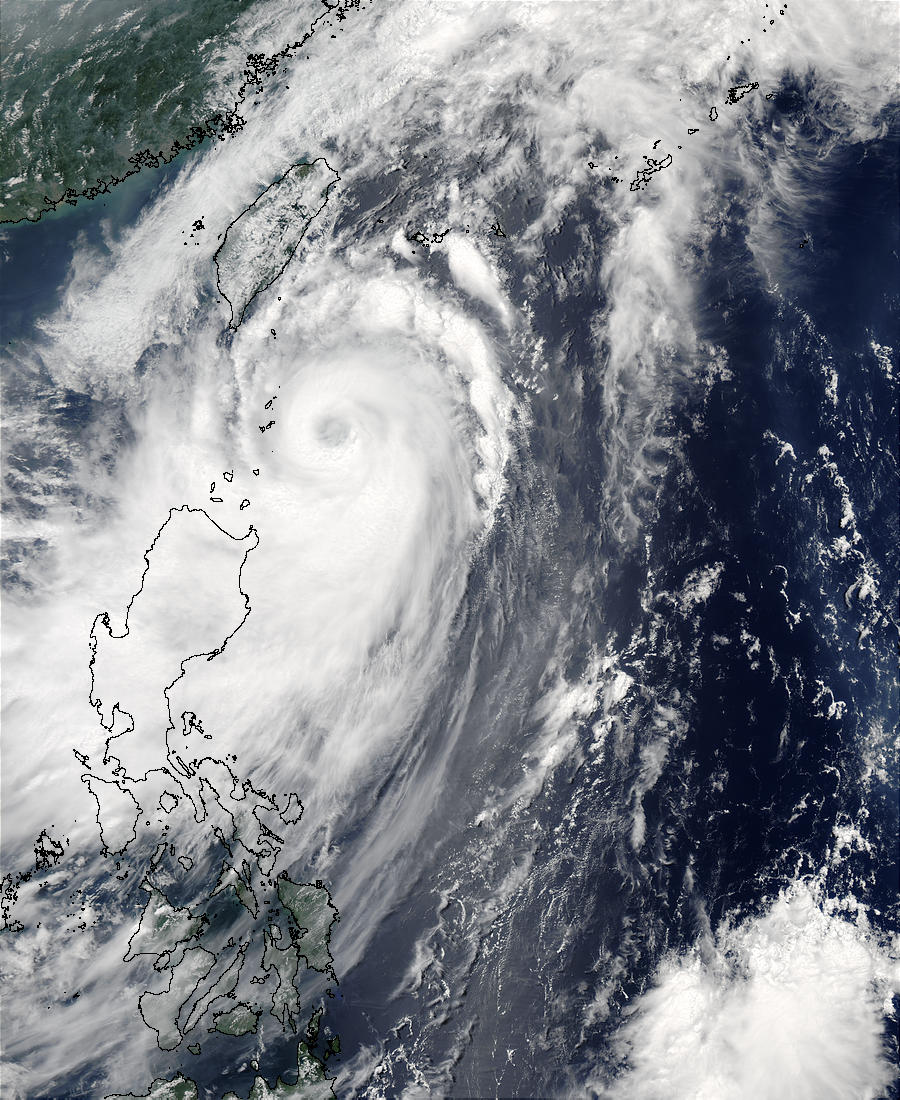 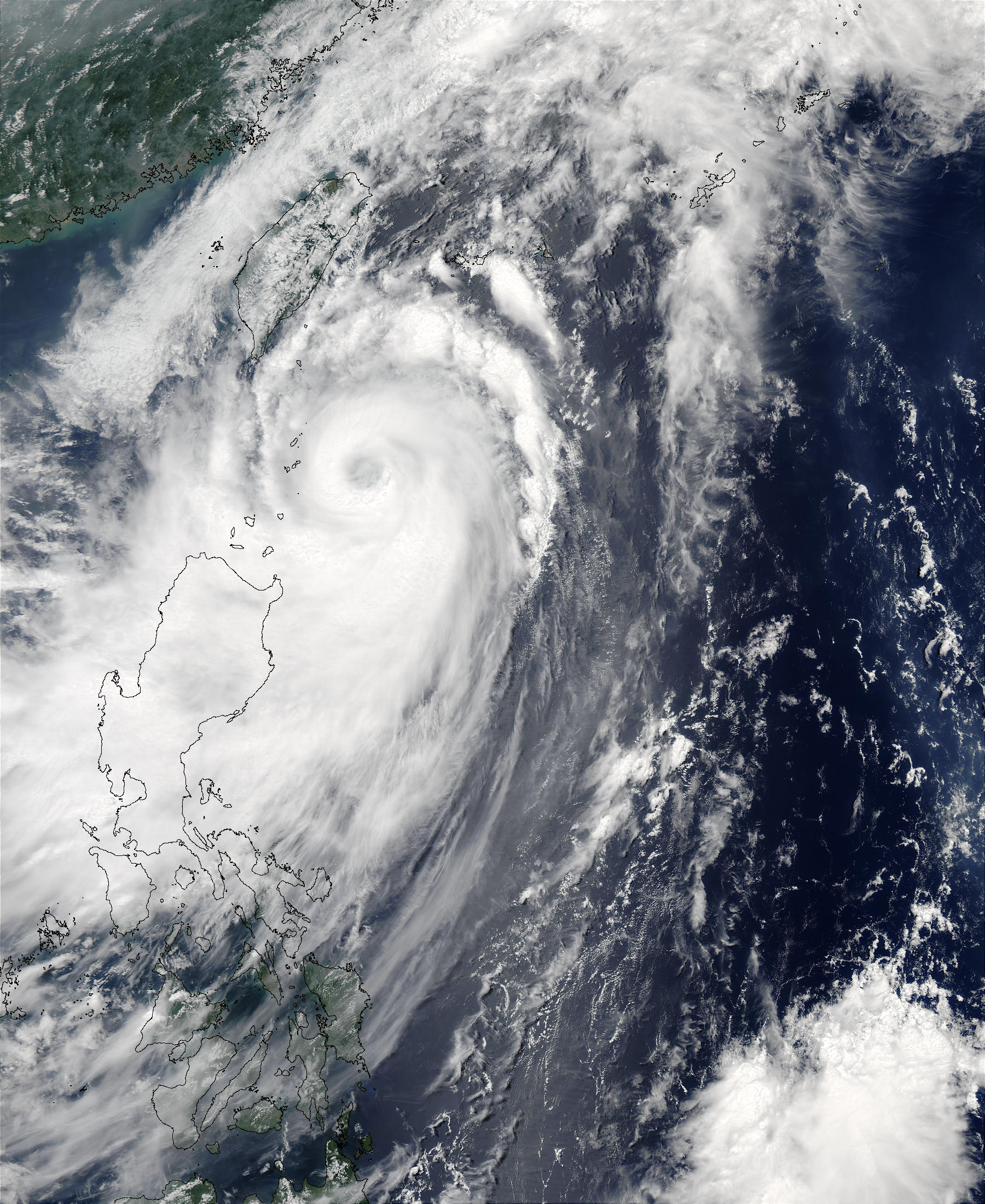 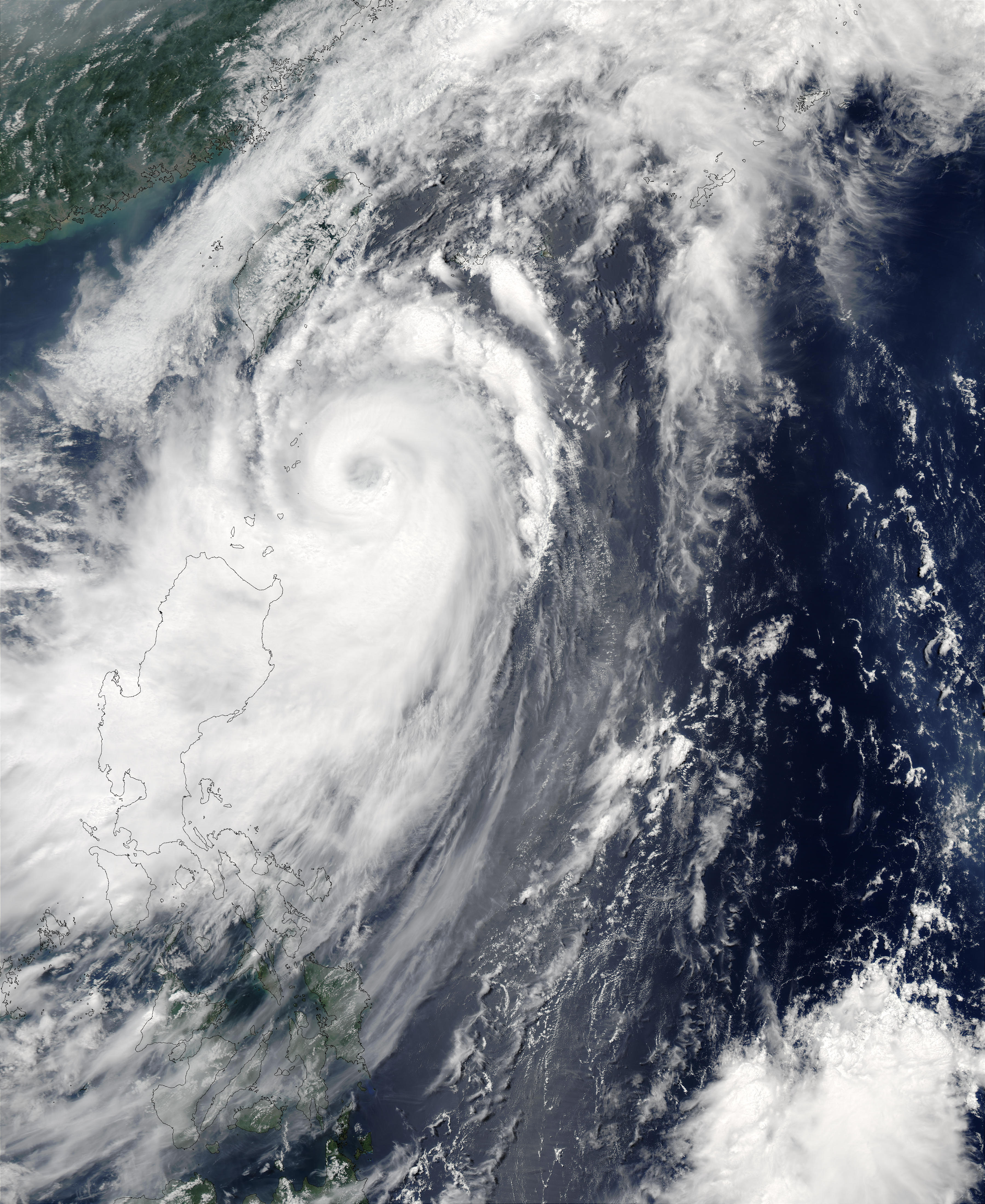 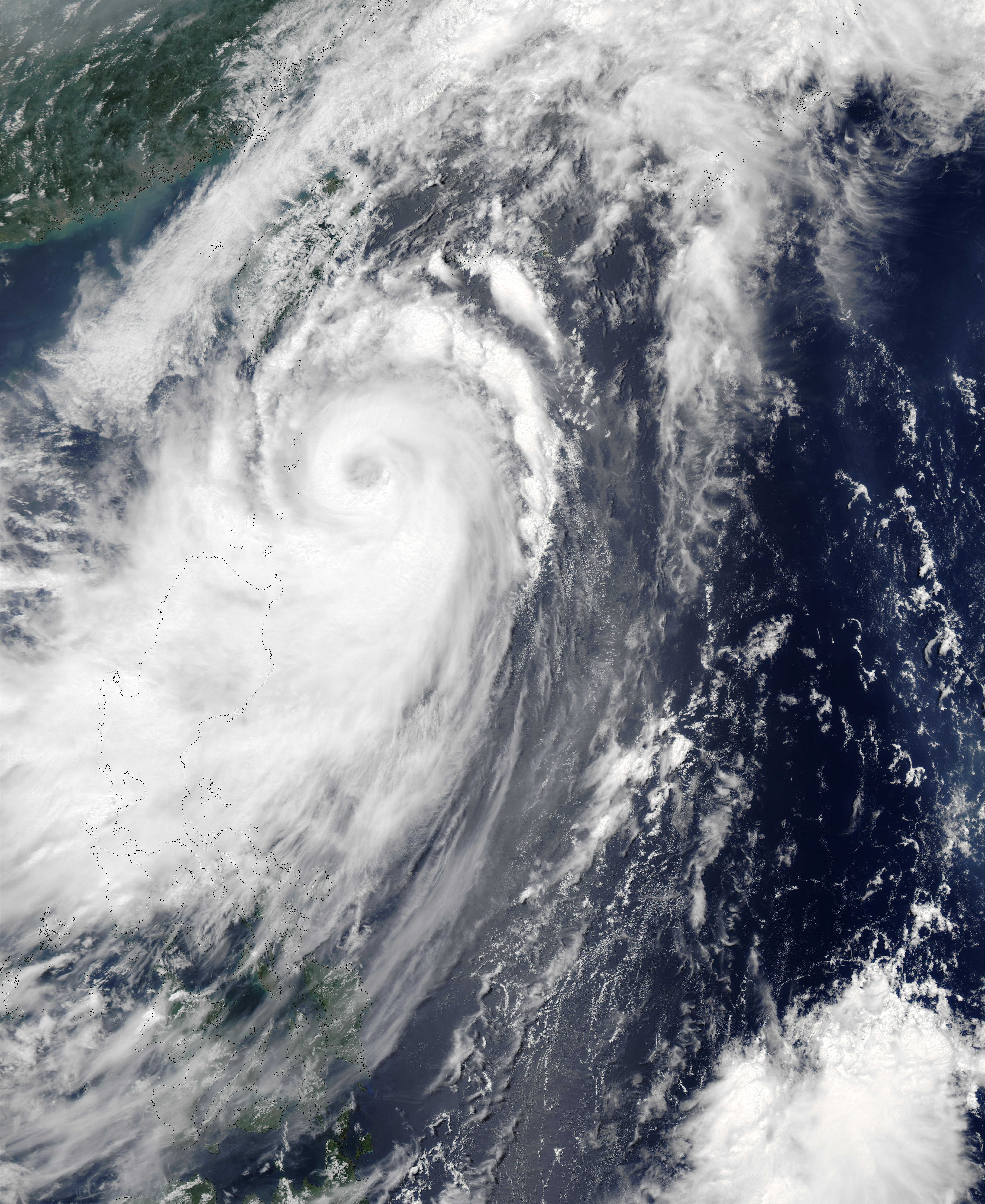 On Tuesday, June 17, 2003 the MODIS instrument onboard the Aqua spacecraft captured this true-color image of Tropical Cyclone Soudelor in the Philippine Sea. At the time of the image, Soudelor (07W) was centered near 22.0 degrees north and 123.5 degrees east, and had sustained winds near 105 mph and gusts to 125 mph. The typhoon was moving to the north-northeast at 12 mph and this track was expected to continue over the next 24-36 hours, so Soudelor will pass to the west of the Ryukyu Islands and move near Kyushu. Rain and thunderstorms will cause locally heavy rainfall from Taiwan through the Ryukyu Islands and into southern Japan.