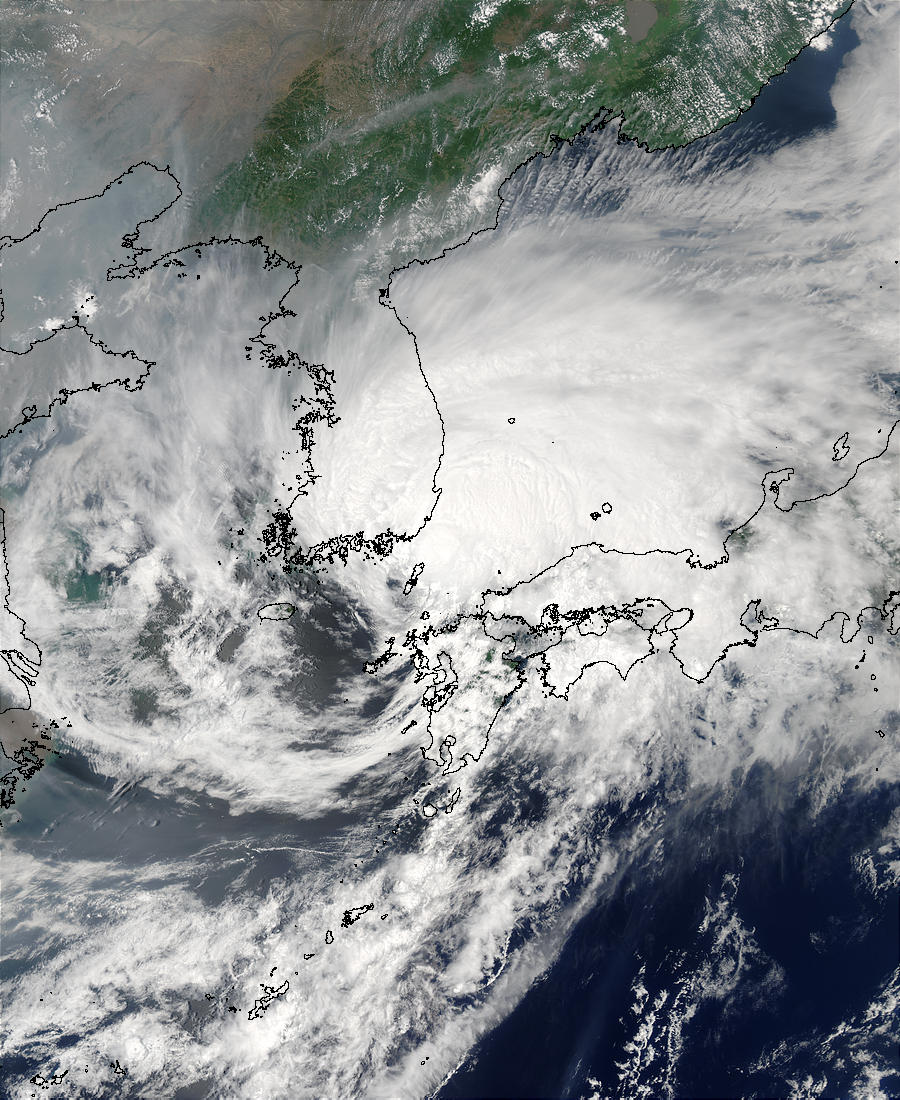 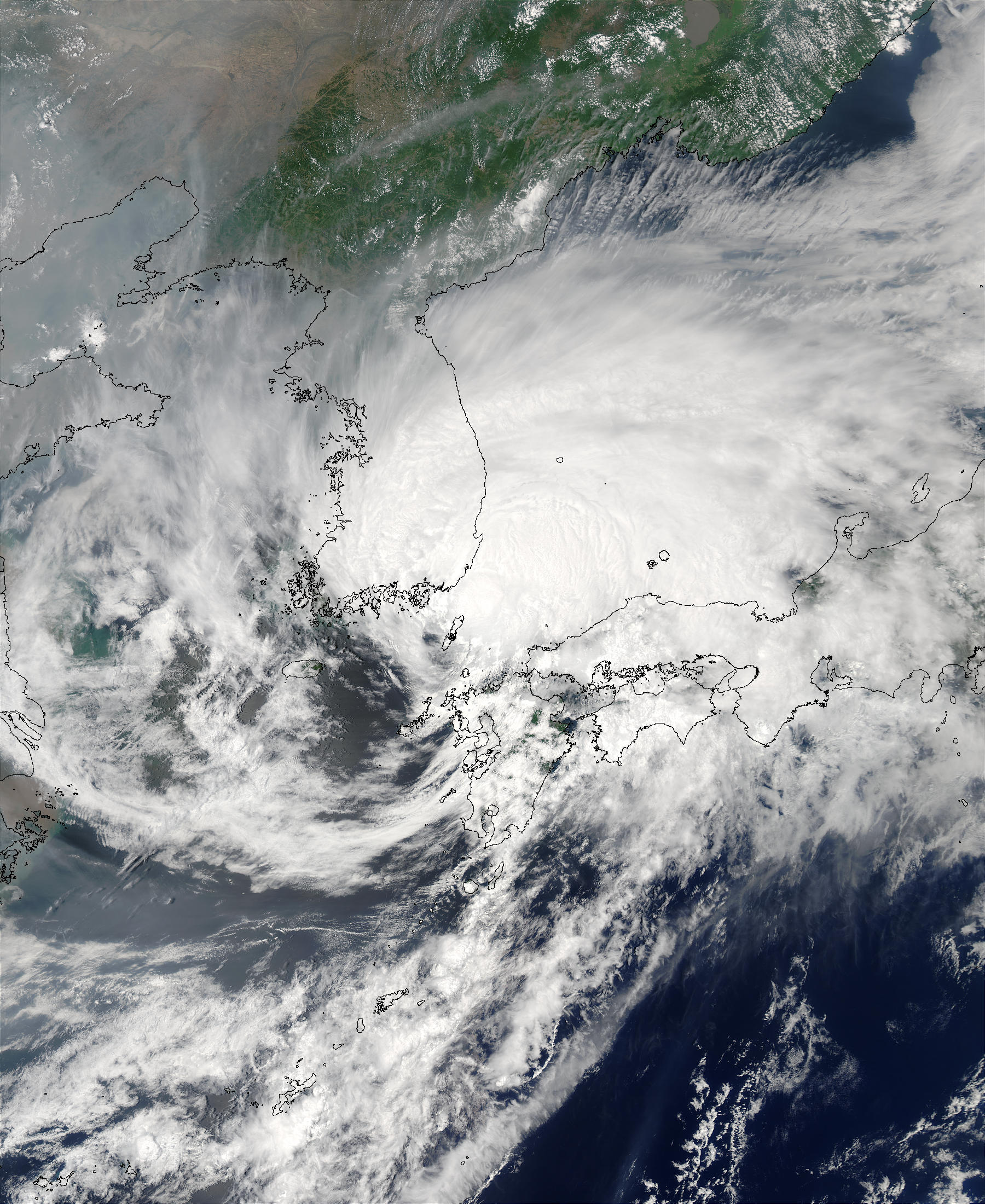 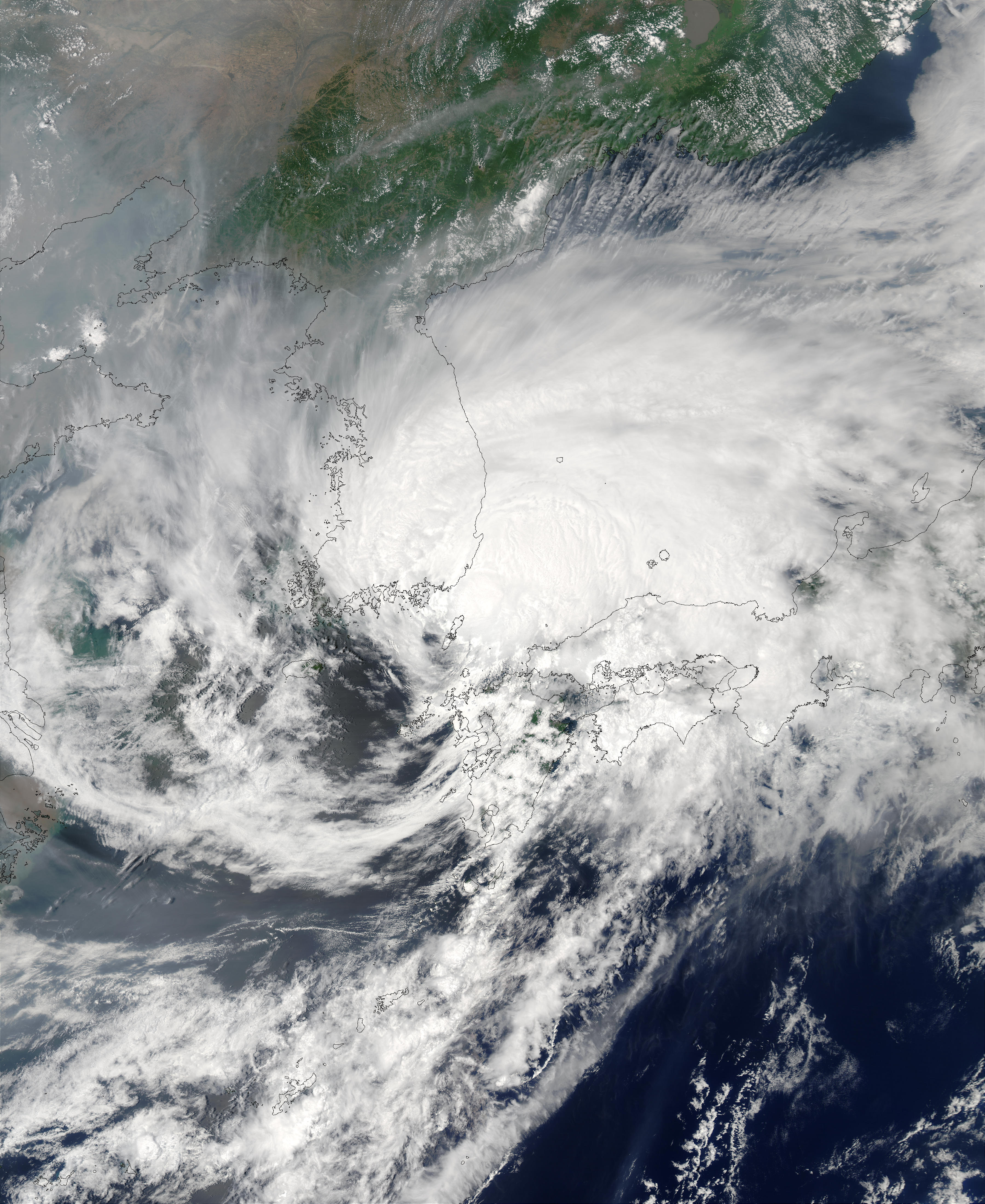 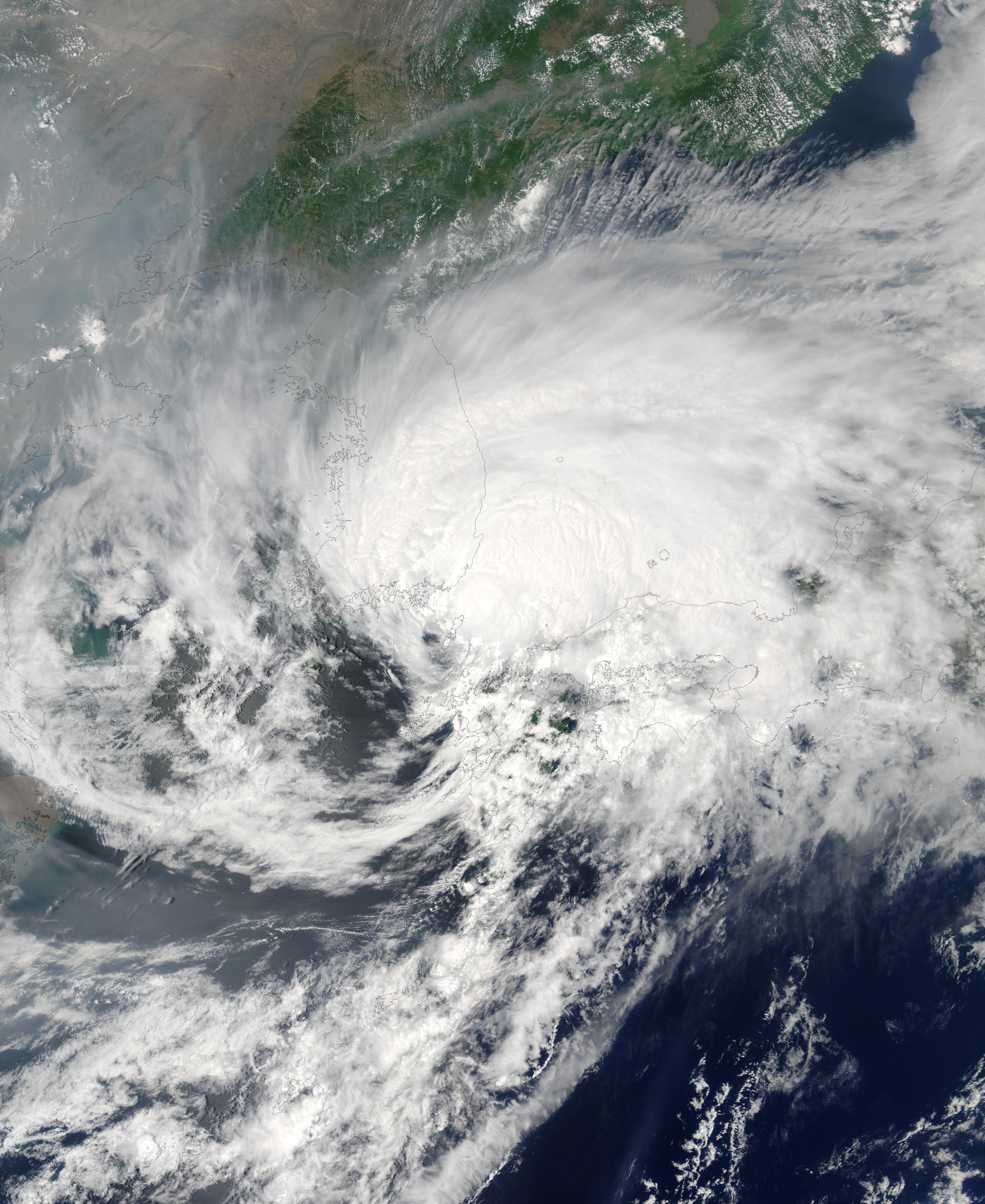 On Thursday, June 19, 2003, the Moderate Resolution Imaging Spectroradiometer (MODIS) instrument onboard the Aqua spacecraft captured this true-color image of Typhoon Soudelor centered between Korea and Japan at the southern edge of the Sea of Japan.

At the time this image was taken Soudelor was packing maximum sustained winds of 70 mph with slightly higher gusts. The Japan Meteorological Agency had issued heavy rain, strong wind, and high wave warnings for southern Kyushu, but was expecting the storm to weaken over the next 12 hours.