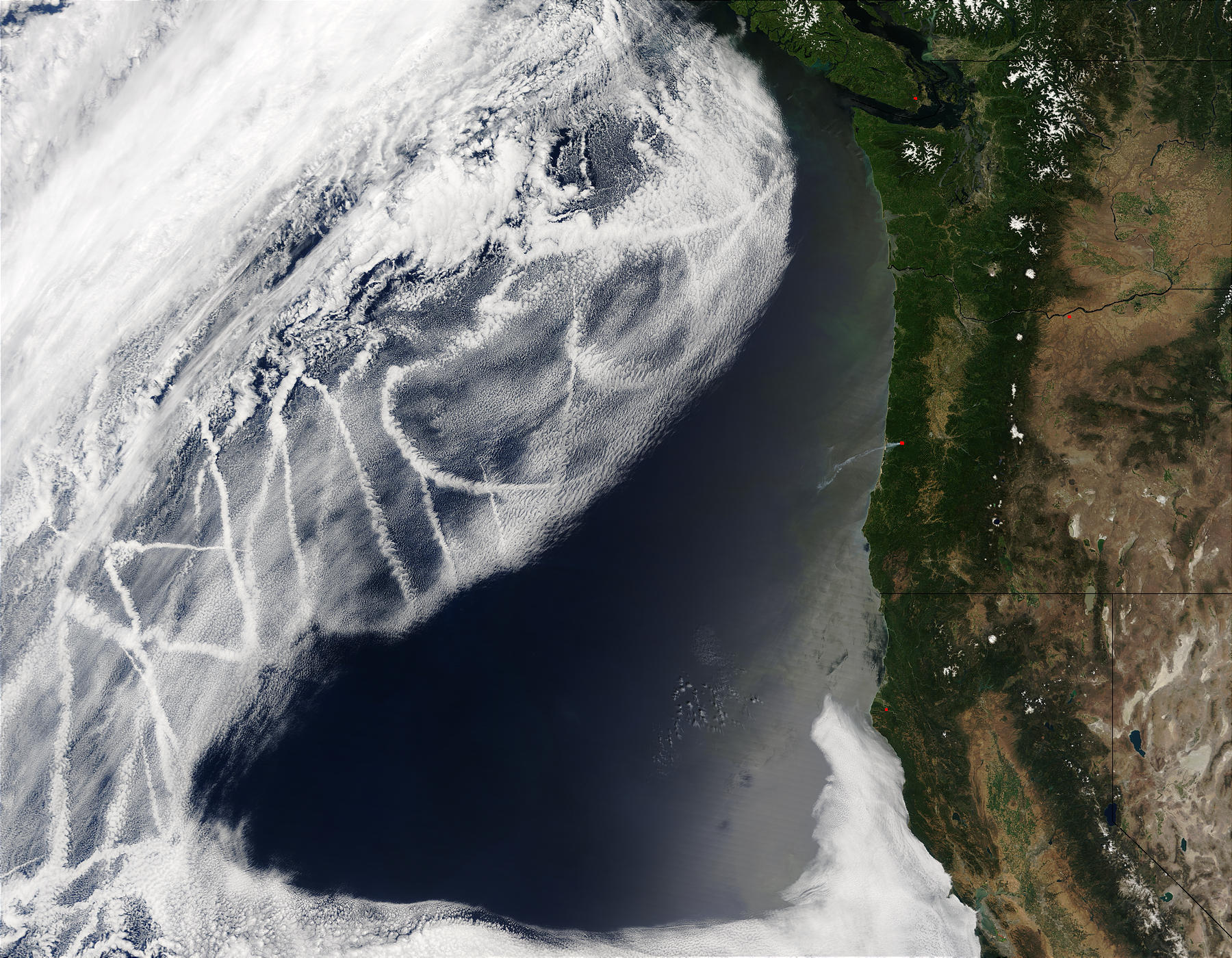 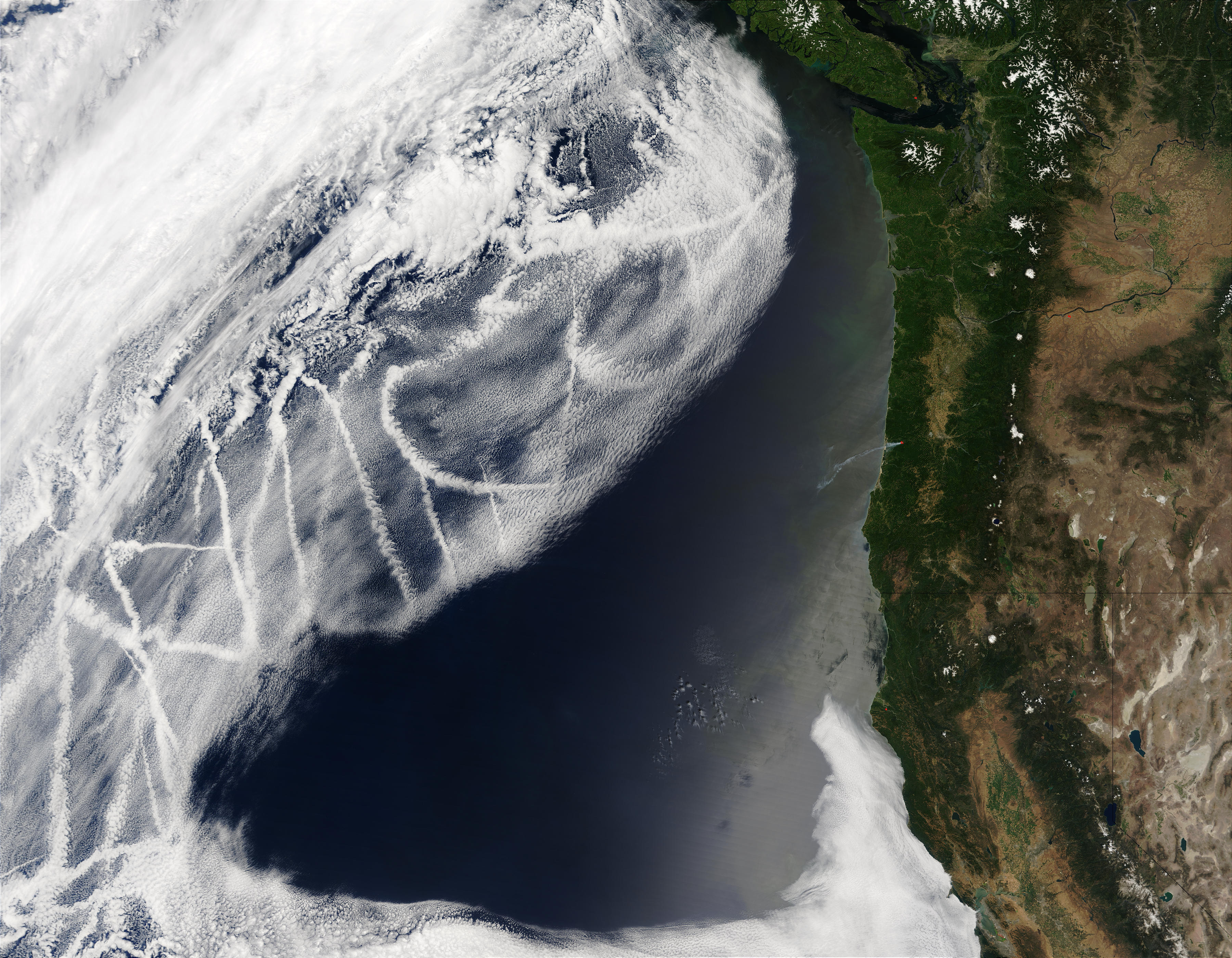 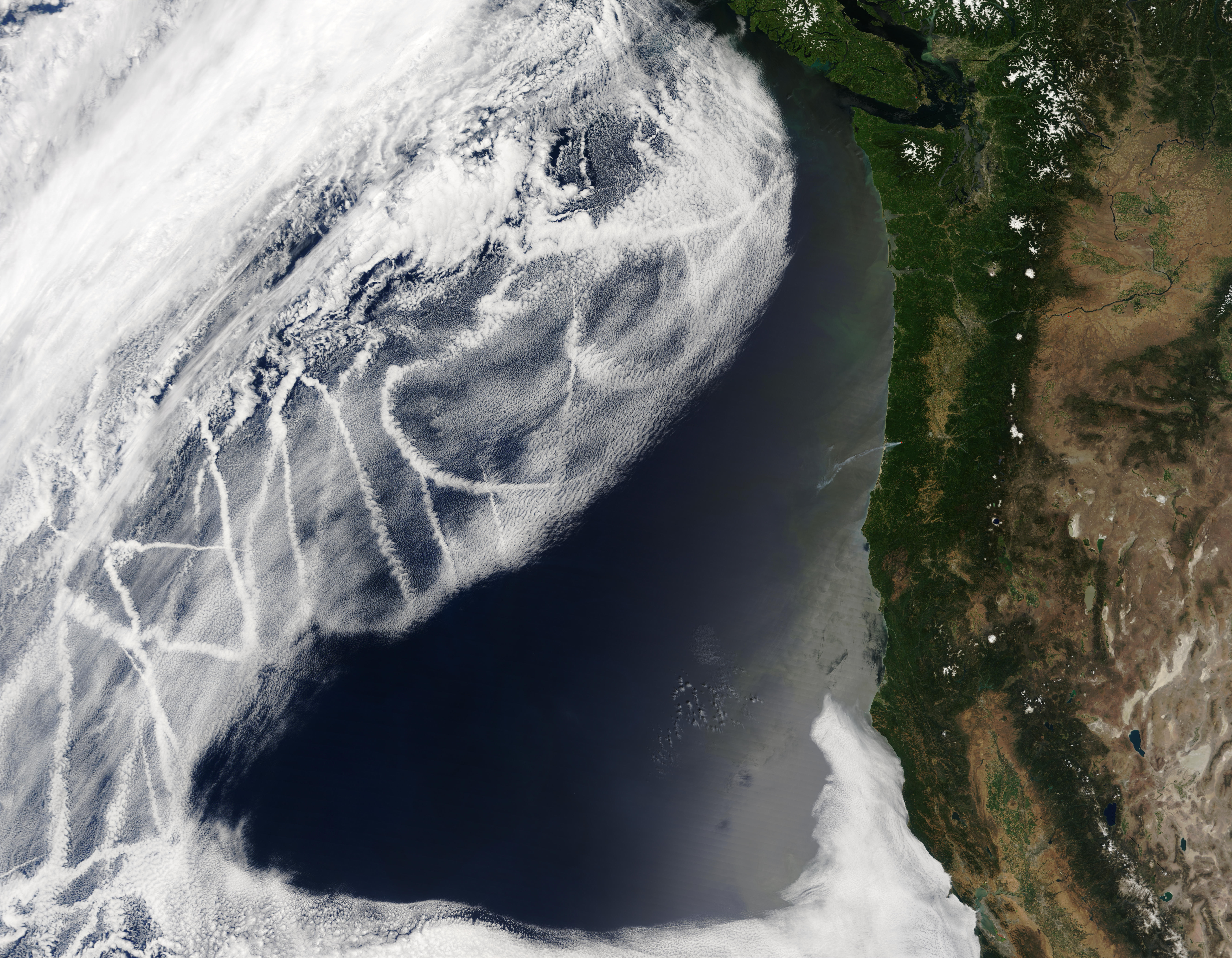 Out in the Pacific Ocean, low clouds form the backdrop for dozens of ship tracks. Ship tracks are a certain type of water cloud formed in the wake of ships under very specific criteria. First, a ship must produce very fine particulate matter in its exhaust. These small particles act as ’seeds’ (called cloud condensation nuclei) for clouds by attracting nearby water particles. Second, a ship must travel through an area of super-saturated air (air that is extremely humid). If the air isn’t humid enough, the seeds will not attract enough water to form cloud particles. Third, the air mass must be very stable. If the air wasn’t stable enough, the seeds would scatter throughout the atmosphere. Though they still might form cloud particles, they wouldn’t necessarily form in the wake of the ship, which is a requirement for being called a “ship track“.

In this true-color Terra MODIS image acquired on June 28, 2003, the ship tracks formed where clouds were already present, between about 100 to 600 kilometers (60 — 375 miles) off of the coast of Canada’s British Columbia and the United States’ Washington, Oregon, and California states. Also visible in the image are four fires (marked in red). One fire is just outside of Victoria (British Columbia’s capital). A second fire is just south of the center of the Washington-Oregon border. The third fire, which is exhibiting a visible smoke plume, is west of Eugene, Oregon. The last fire is east of Cape Mendocino in northern California.