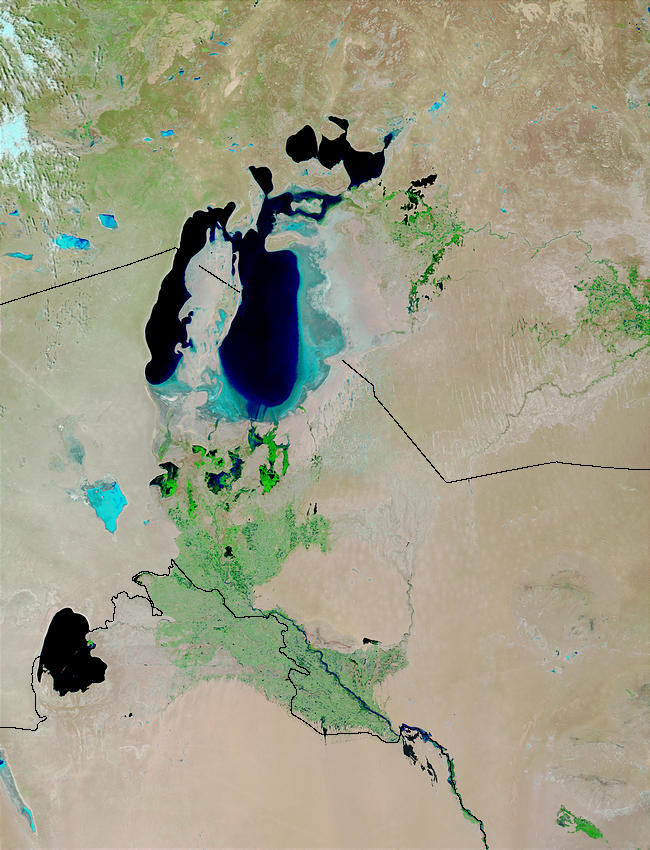 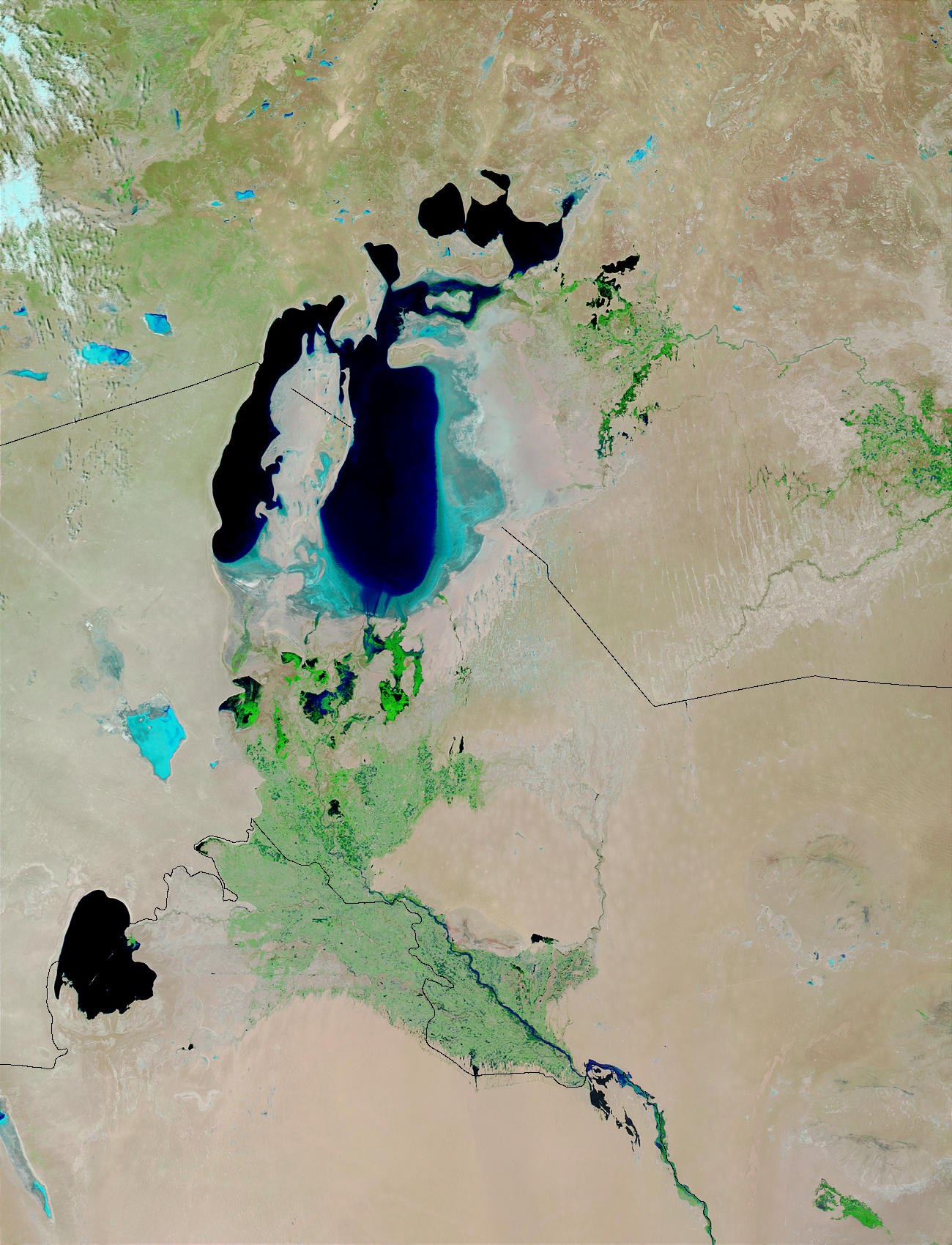 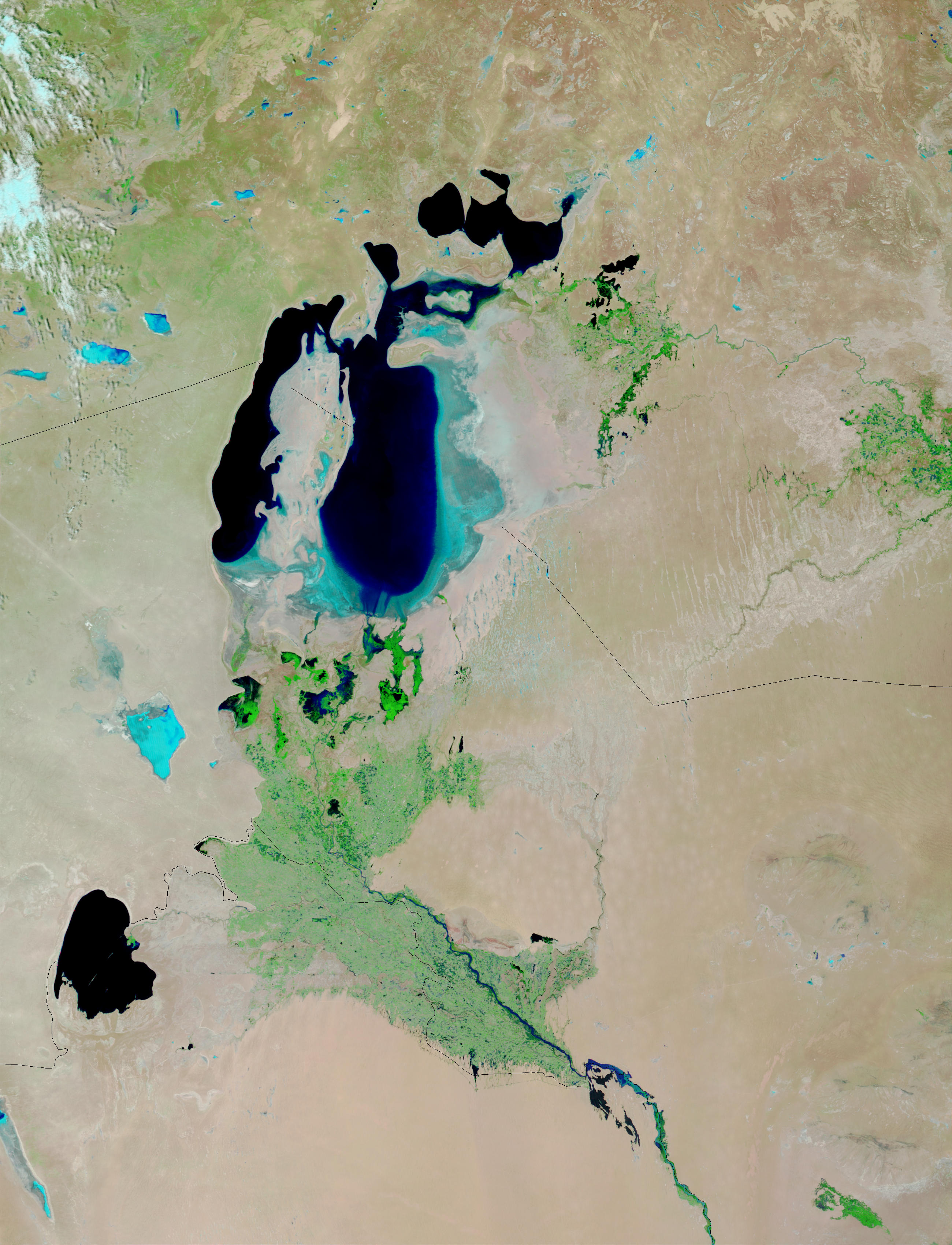 This pair of true- and false-color Terra MODIS images features the Aral Sea in western Asia, between Kazakhstan to the north and Uzbekistan to the south. The Sea is actually a salt lake, and though it used to be the world’s fourth largest lake, it has been slowly shrinking since the 1970s when its two main rivers, the Syr Darya (north) and the Amu Darya (south), were diverted for agricultural purposes.

One feature that is harder to pick up in the true-color image is the prevalence of dry salt beds left by the slowly evaporating water. In true-color, they reflect bright white, while in the false-color image, these salt beds appear as a bright turquoise blue, and indicate how big the Sea used to be. Other dry salt beds are also scattered around the region.