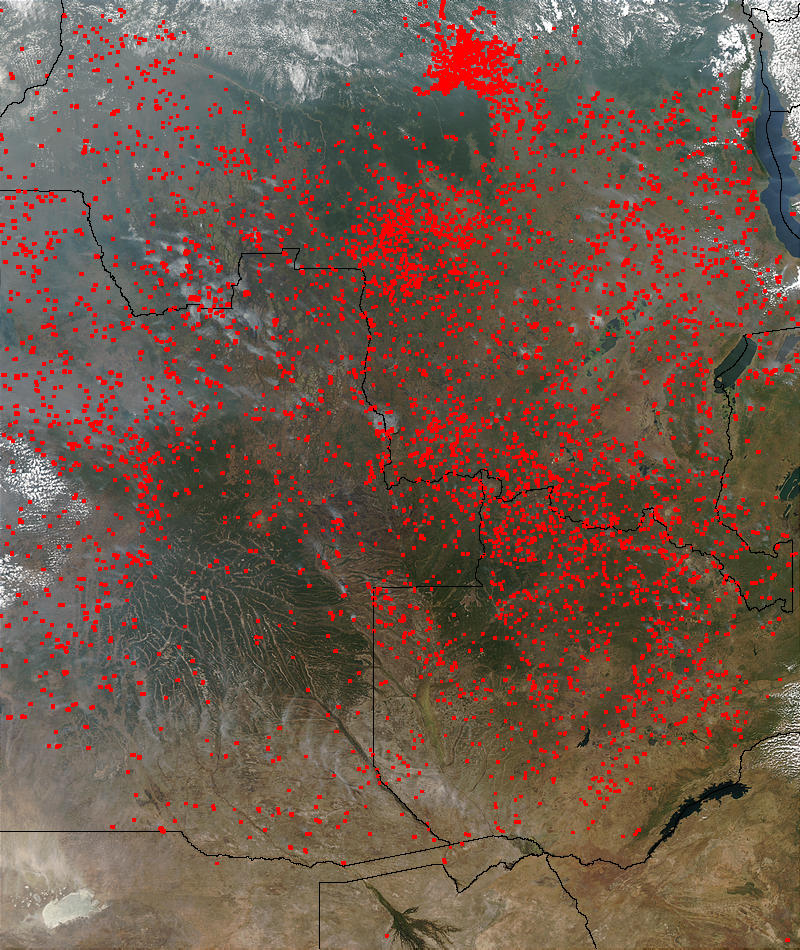 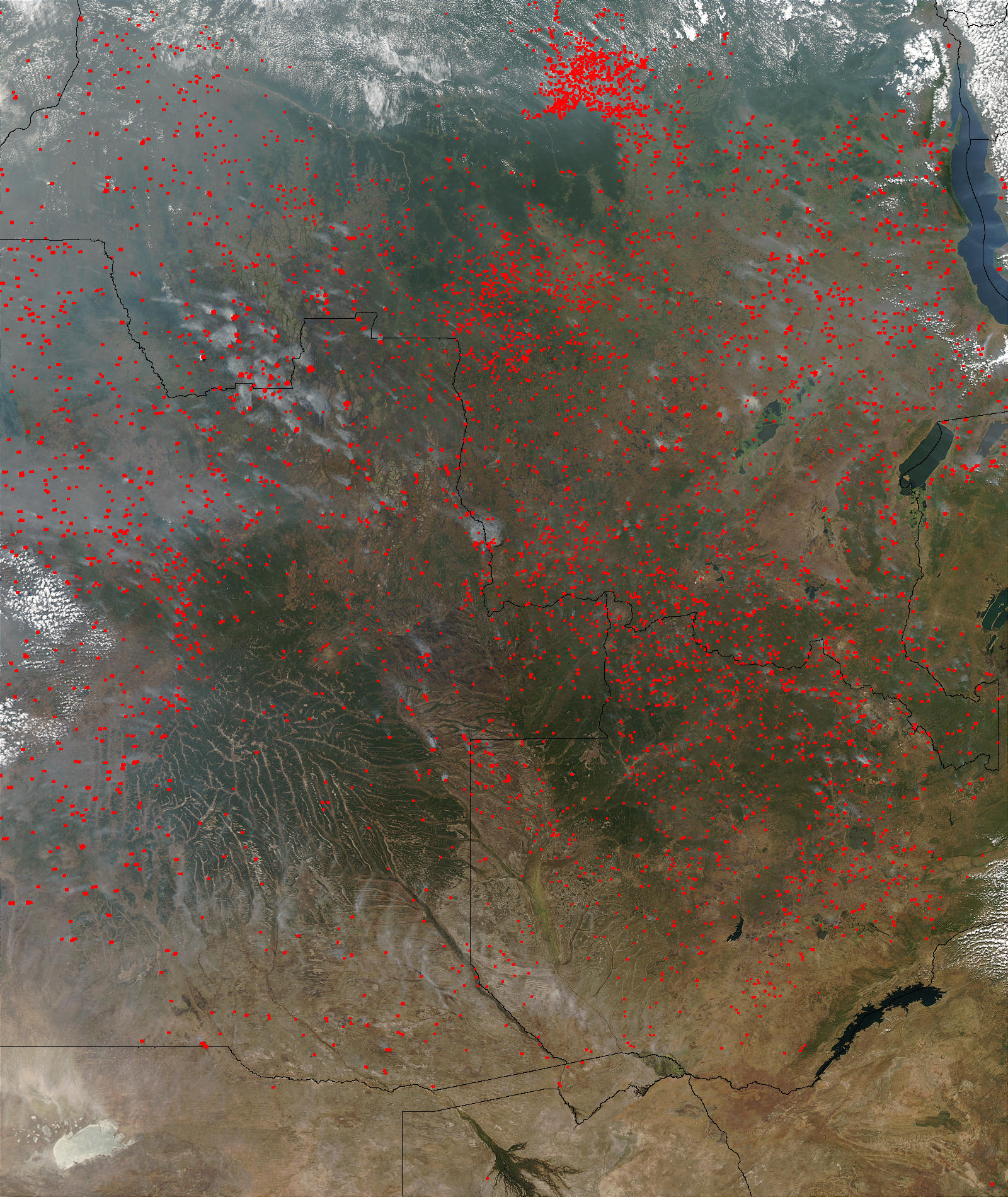 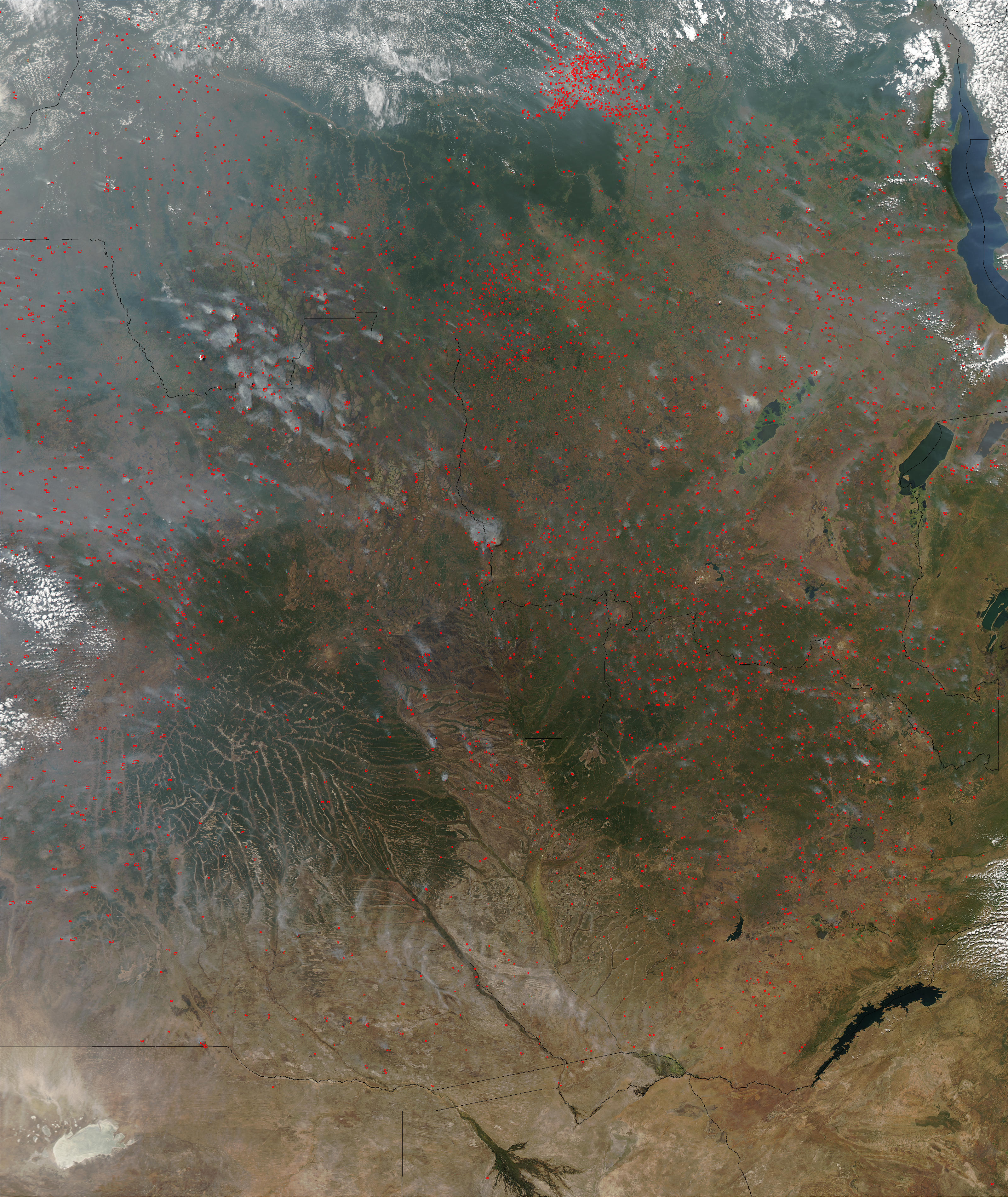 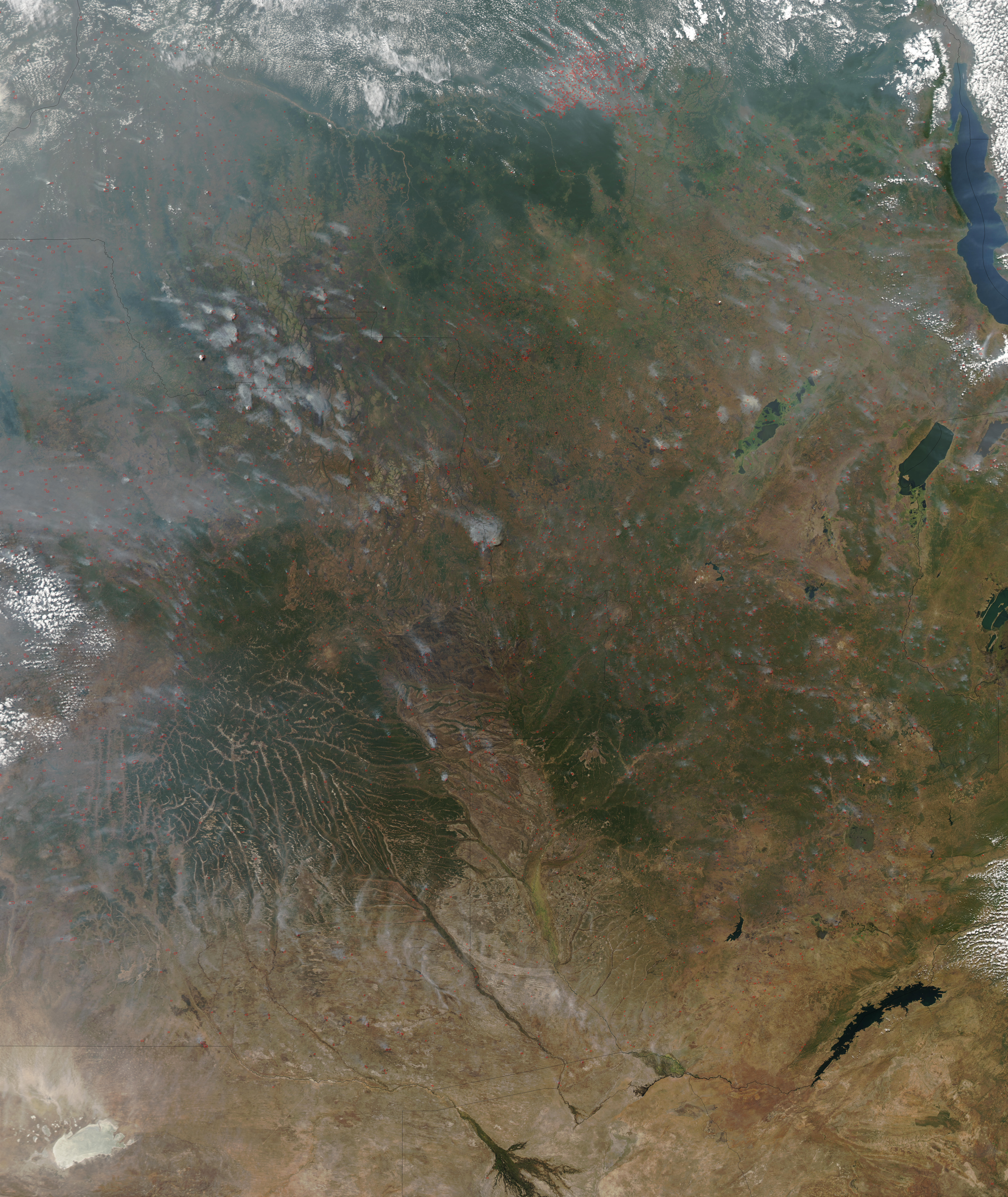 Fires in Angola, the Democratic Republic of the Congo, and Zambia

An astounding number of fires were detected by the Moderate Resolution Imaging Spectroradiometer (MODIS) on the Aqua satellite during its flight over central Africa on July 11, 2003. In this scene, there were more than 10,000 active fire detections. In many cases these are small, individual fires, but in some cases, there were detections in multiple adjacent pixels, which indicates a larger fire. The majority of the fires are in Democratic Republic of Congo (top), Angola (left), and Zambia (right).

In many respects Africa is a continent of fire. For thousands of years farmers and herders in the terrain south of the Sahara Desert have employed fire as a resource management tool—clearing land for farming or renewing grazing land. The area of the continent affected shifts with the seasons, and the southern Africa burning season usually doesn’t peak until August.