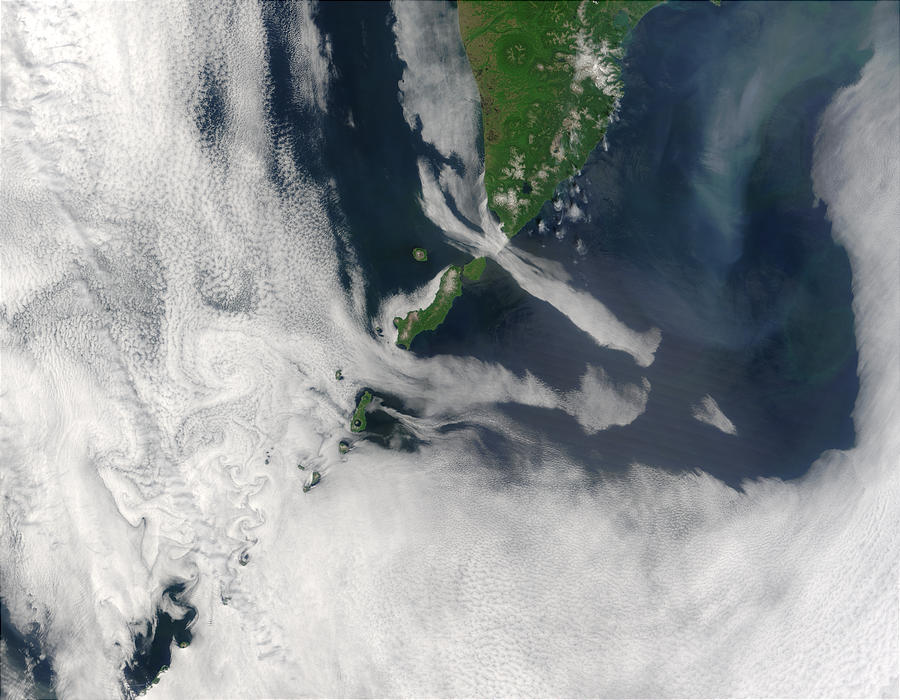 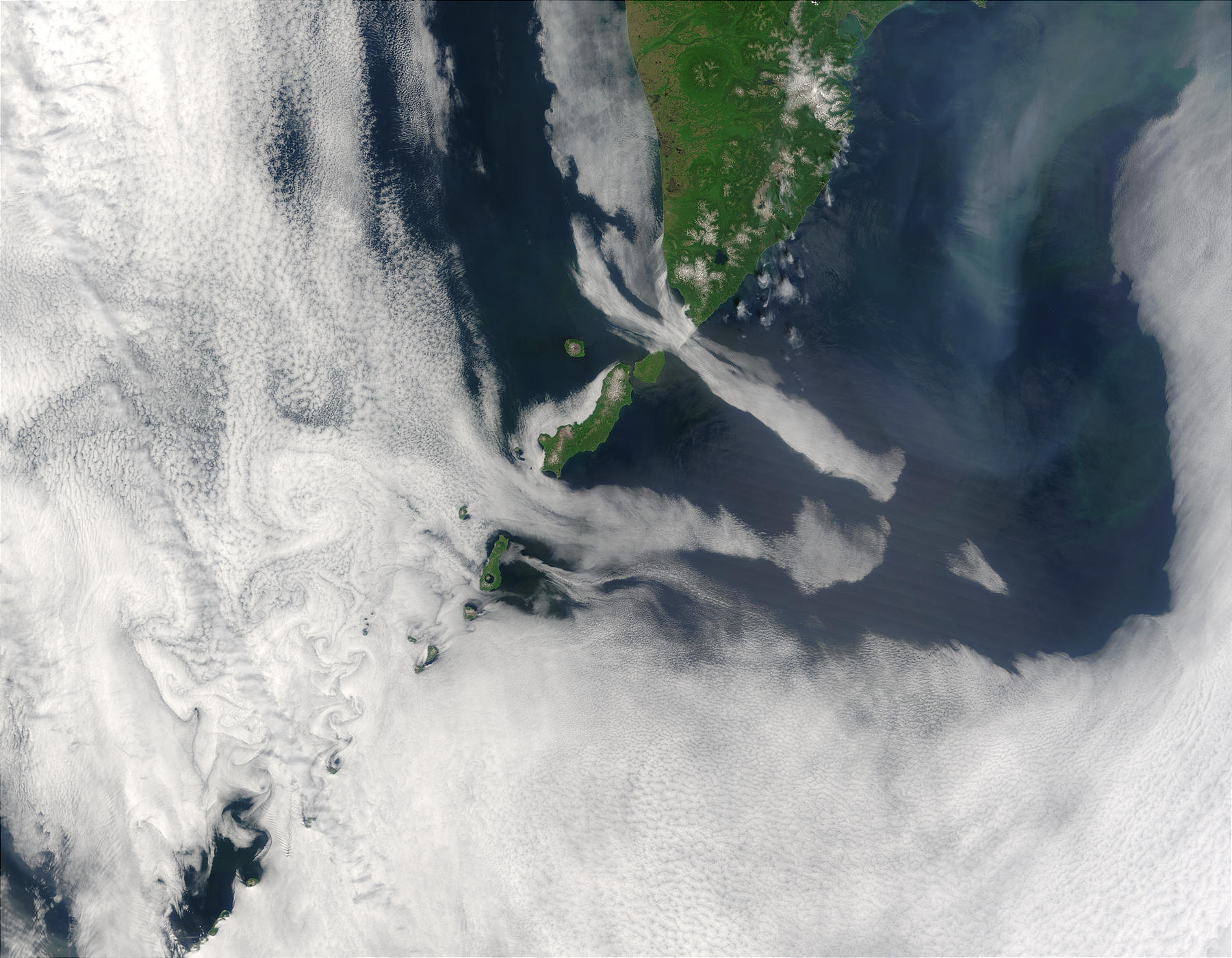 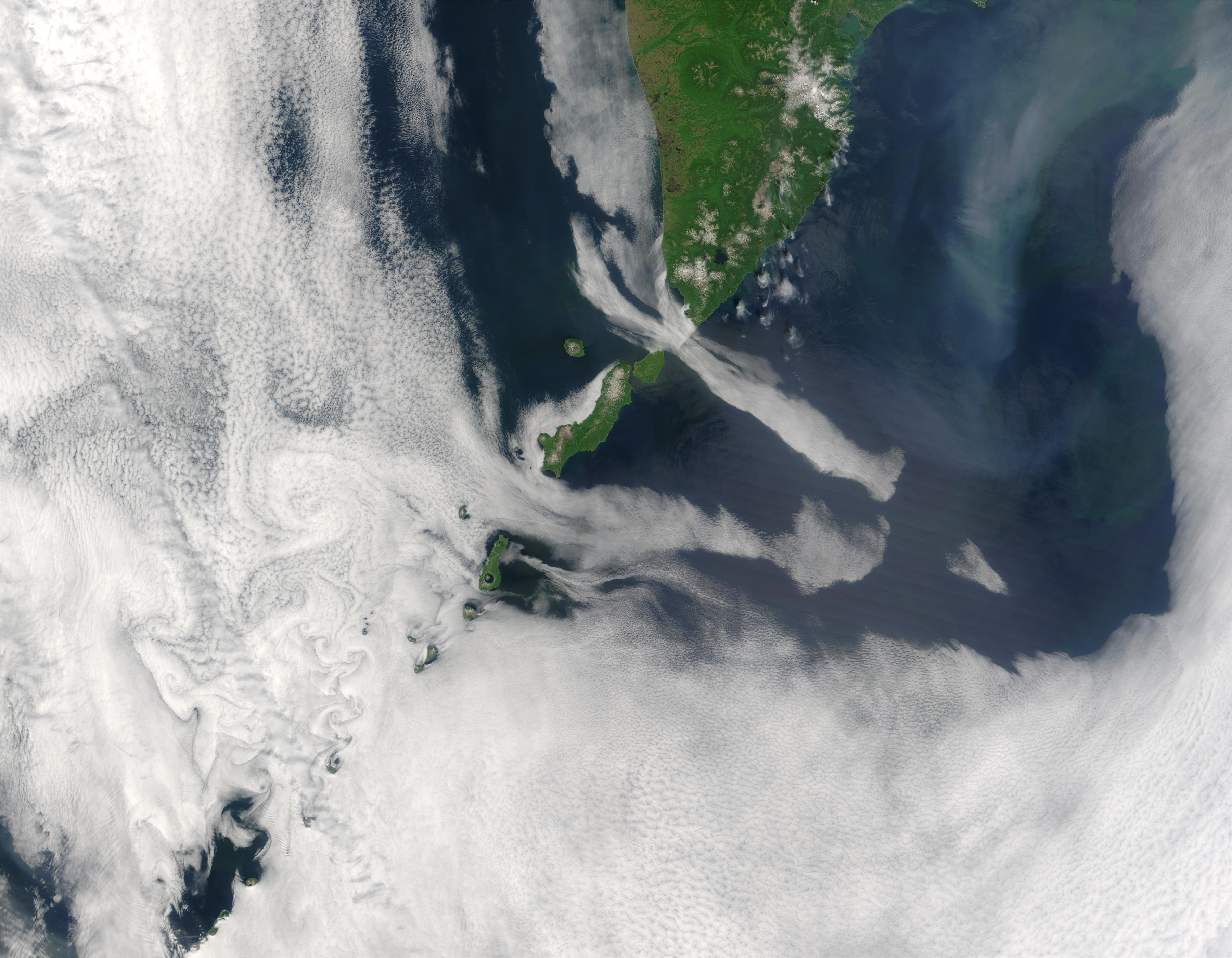 Like water flowing over a rocky stream bed, clouds trickle past the Kuril Islands on their way from the Pacific Ocean to the Sea of Okhotsk, creating interesting patterns and eddies along the way. Meanwhile, the islands and Kamchatka Peninsula glow with the bright green radiance of summer; a pleasing contrast to their usual covering of pristine white snow. And snaking down the eastern side of Kamchatka is a ribbon of smoke originating with fires burning farther up the peninsula and on the mainland.

Down toward the lower left portion of the image, the islands cause swirling eddies in the clouds, which are more scientifically known as vortex streets. The low-level winds cause the clouds to line up in the same direction as they move past the islands — this phenomenon is referred to as a “street”. The islands disrupt the wind´s movement, which causes the eddies to form — referred to as “vortices”.

This true-color Terra MODIS image was acquired on July 11, 2003.