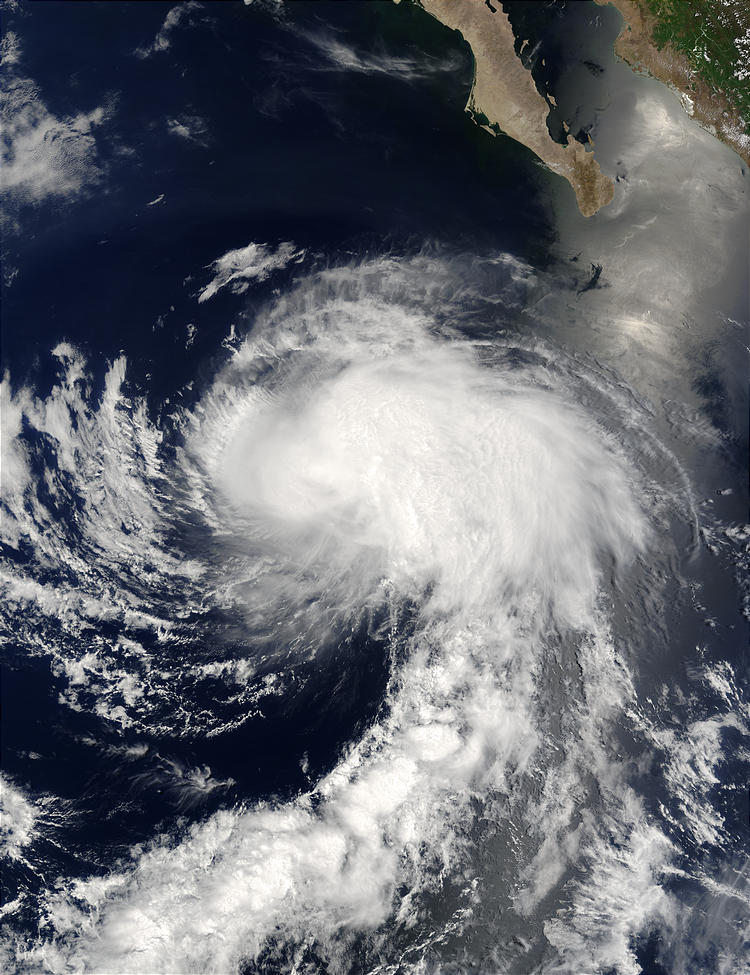 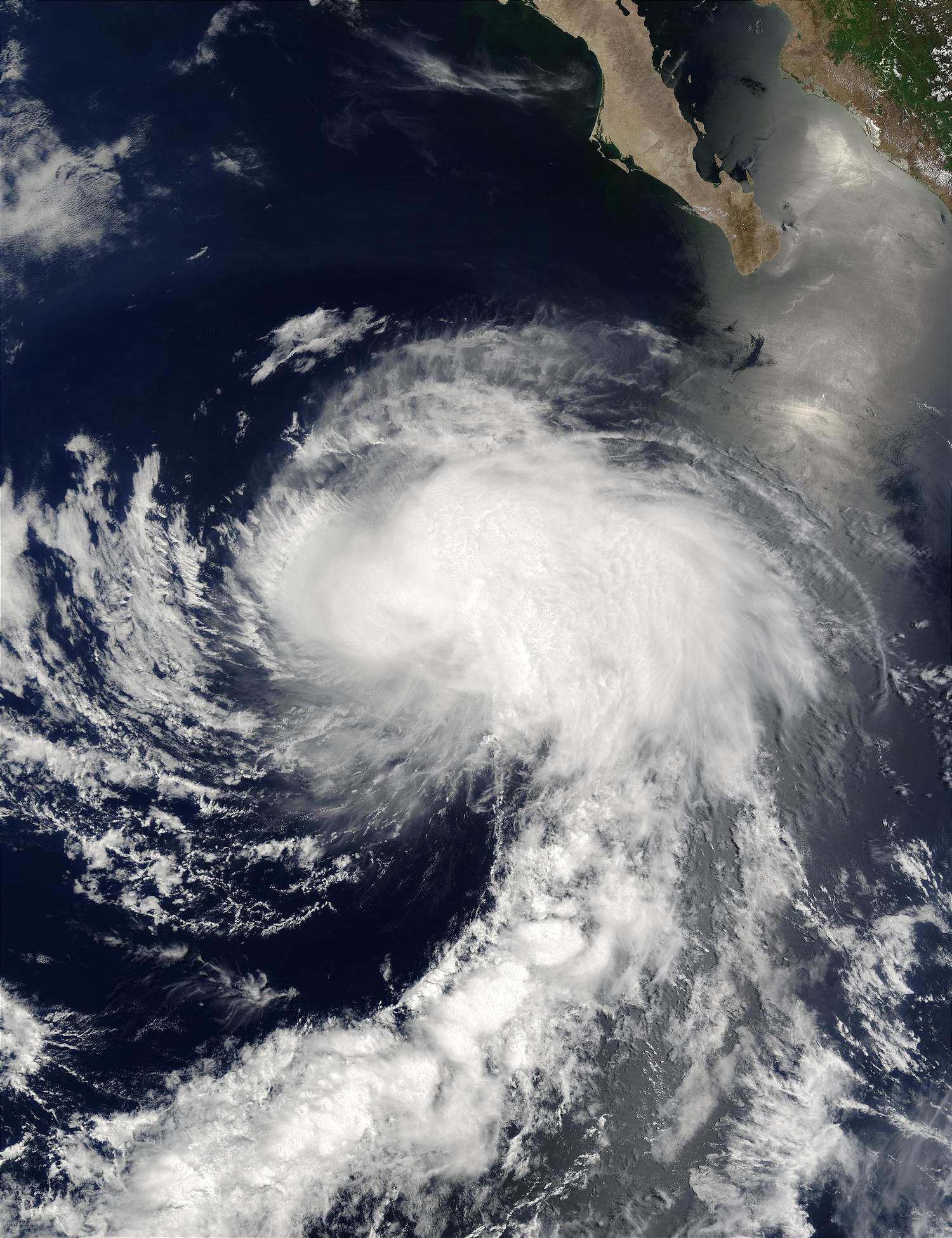 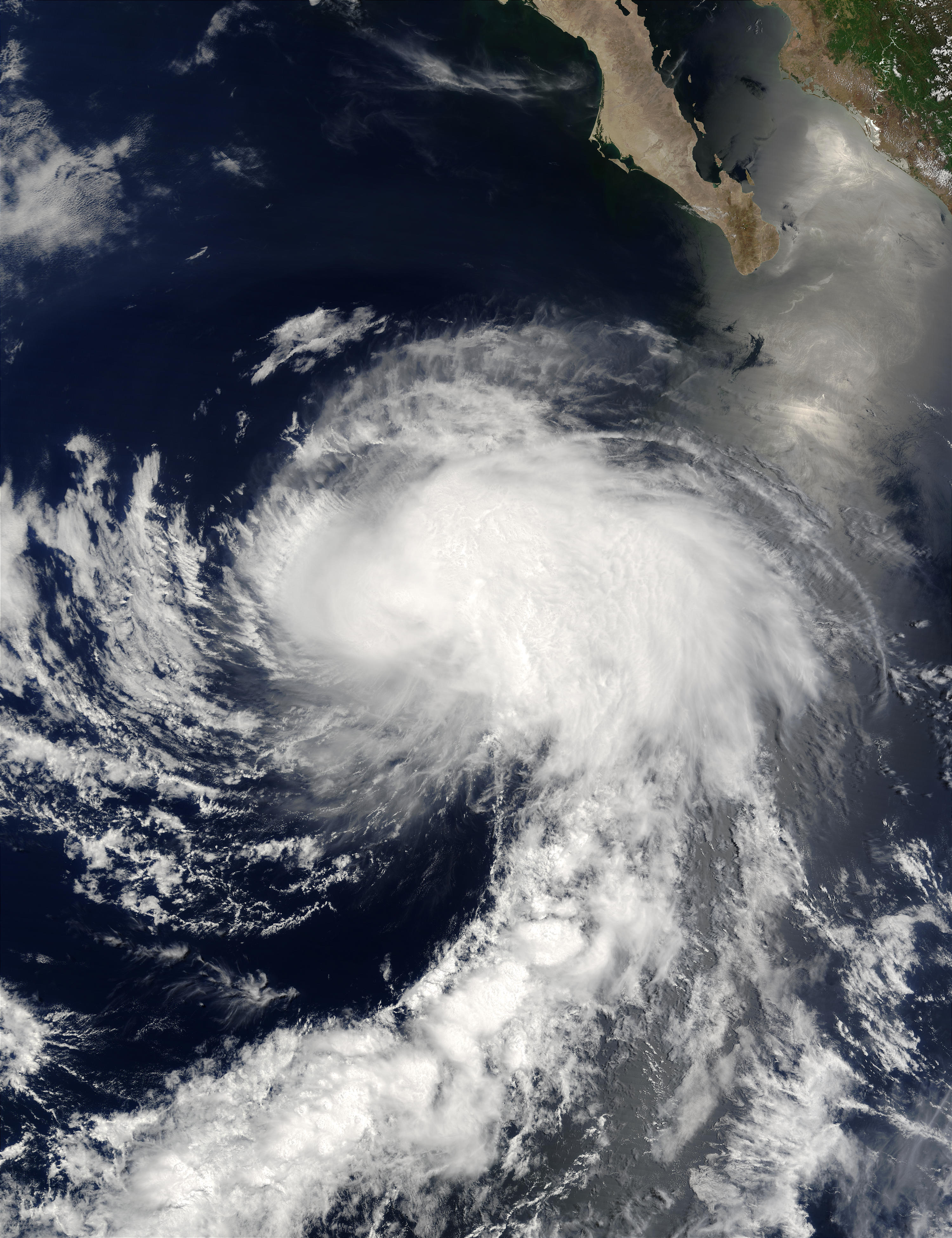 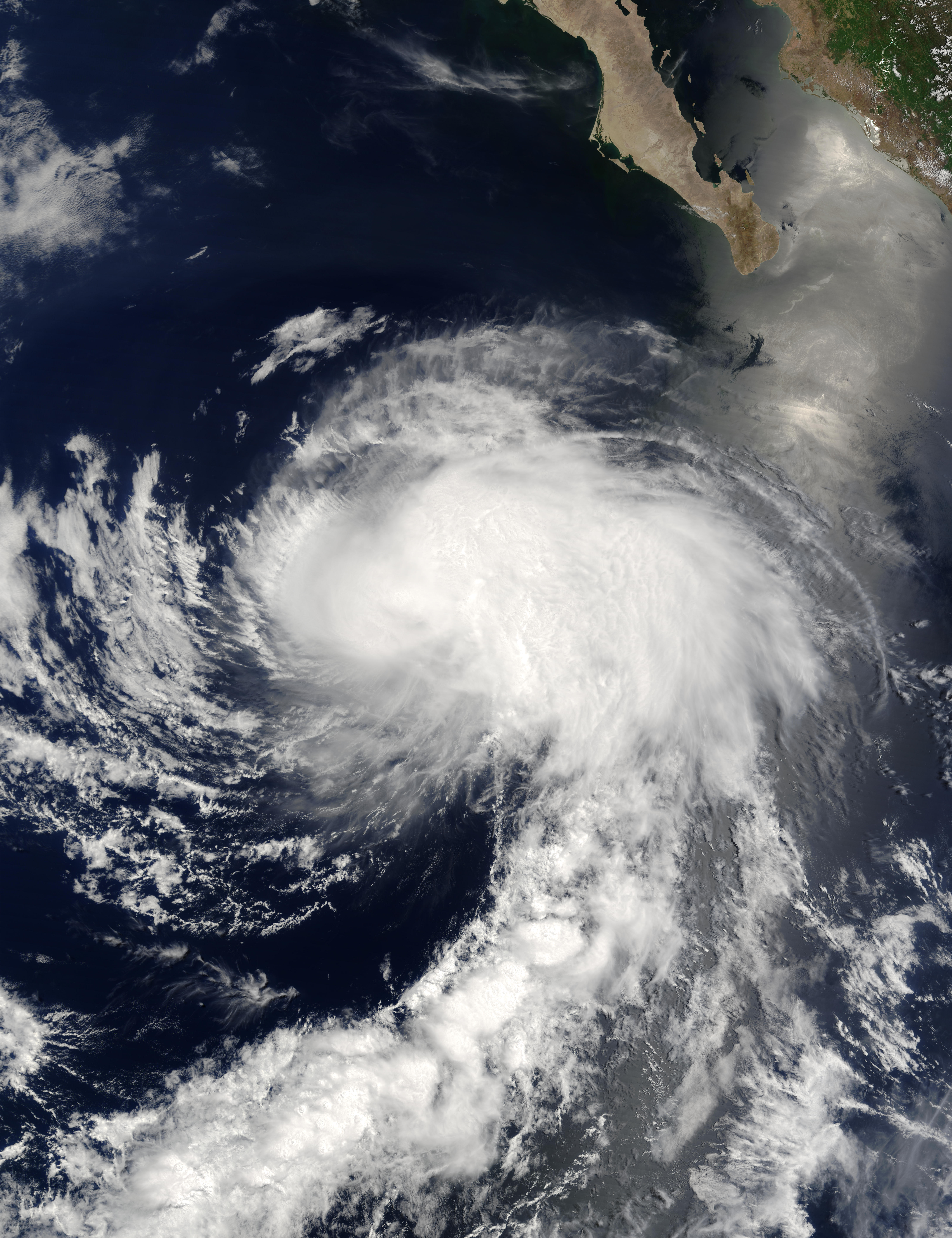 On July 12, 2003, the MODIS instrument onboard NASA’s Terra satellite captured this bird’s-eye view of Tropical Storm Enrique in the warm Pacific waters southwest of Cabo San Lucas. At the time of this image Enrique had a minimum central pressure of 994 millibars with sustained winds near 55 knots (63 mph) and higher gusts to 65 knots (75 mph). Enrique was moving to the northwest at 13 knots (15 mph) and was expected to gradually weaken as it encountered cooler waters.