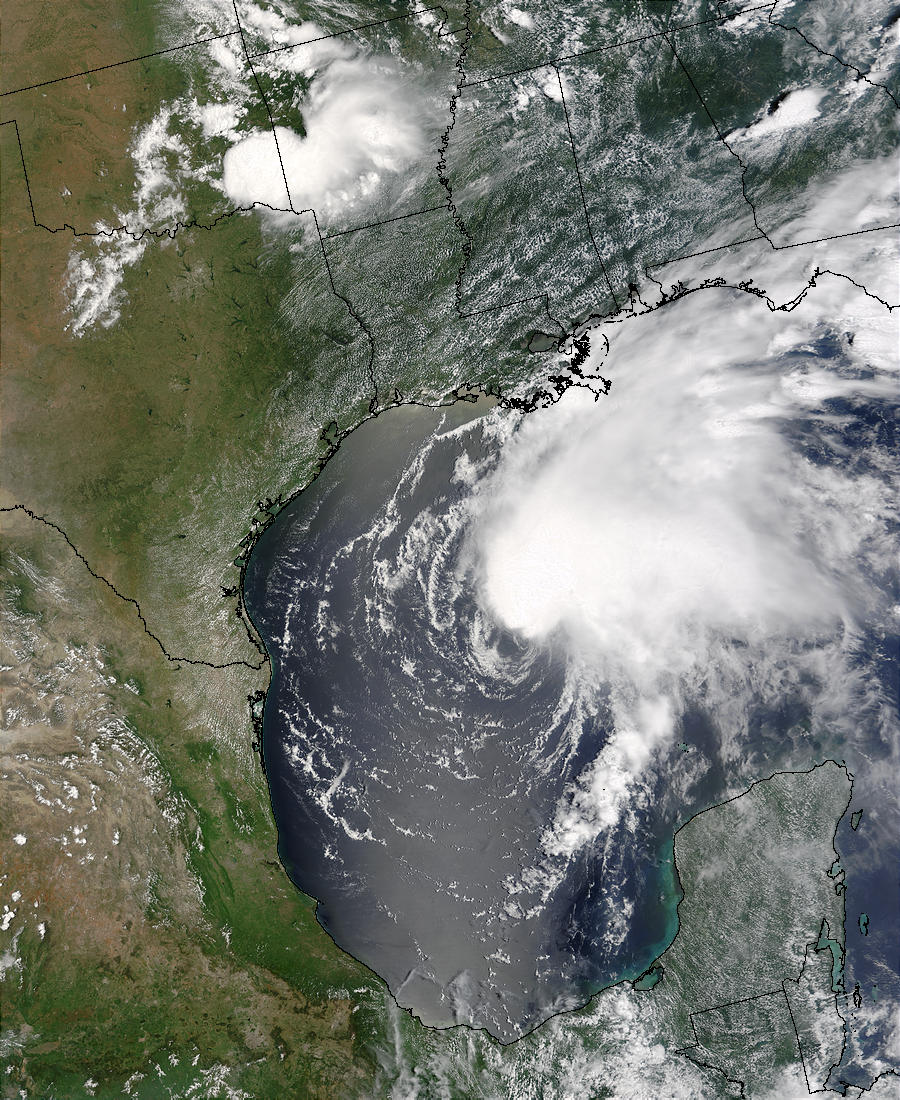 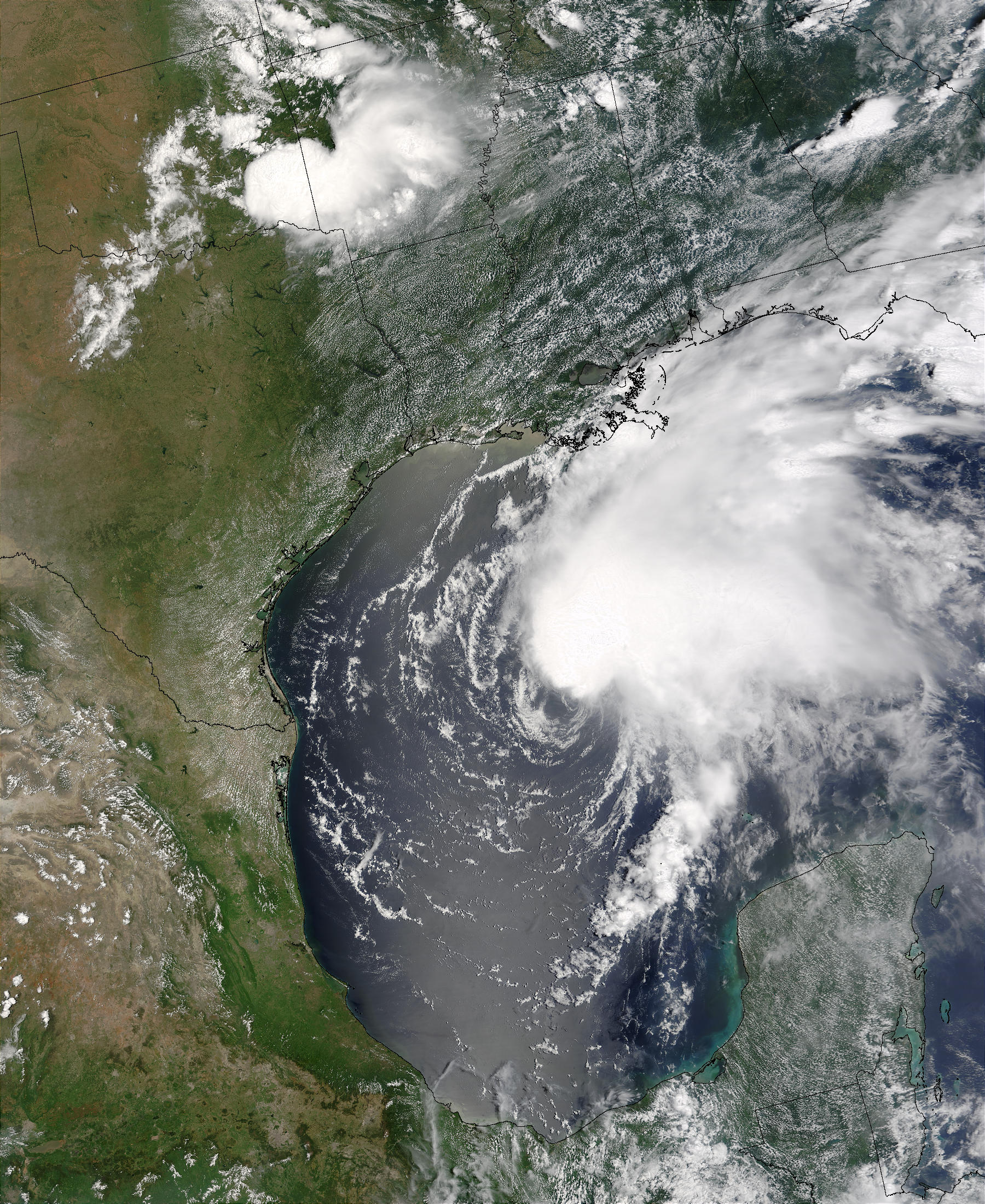 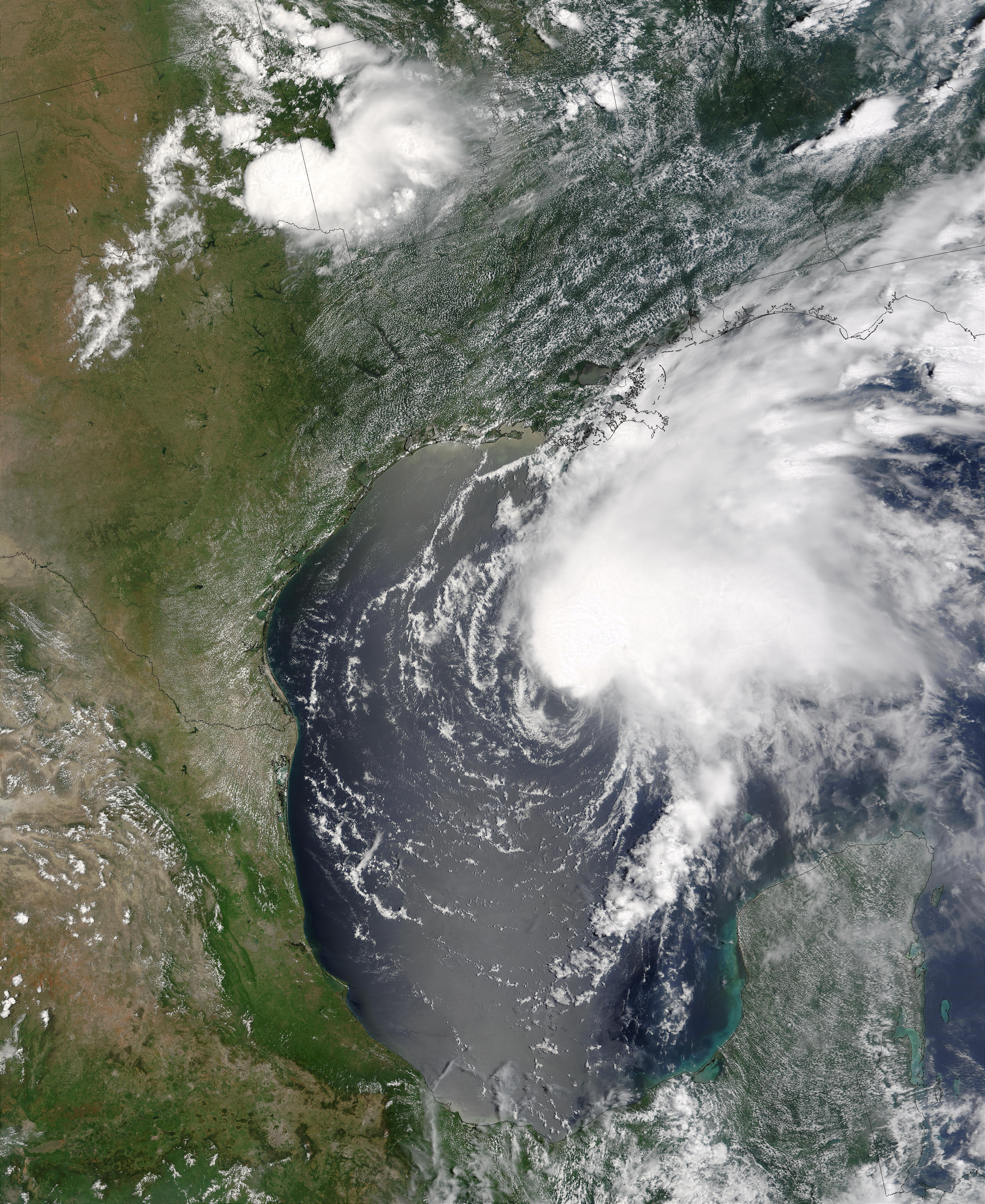 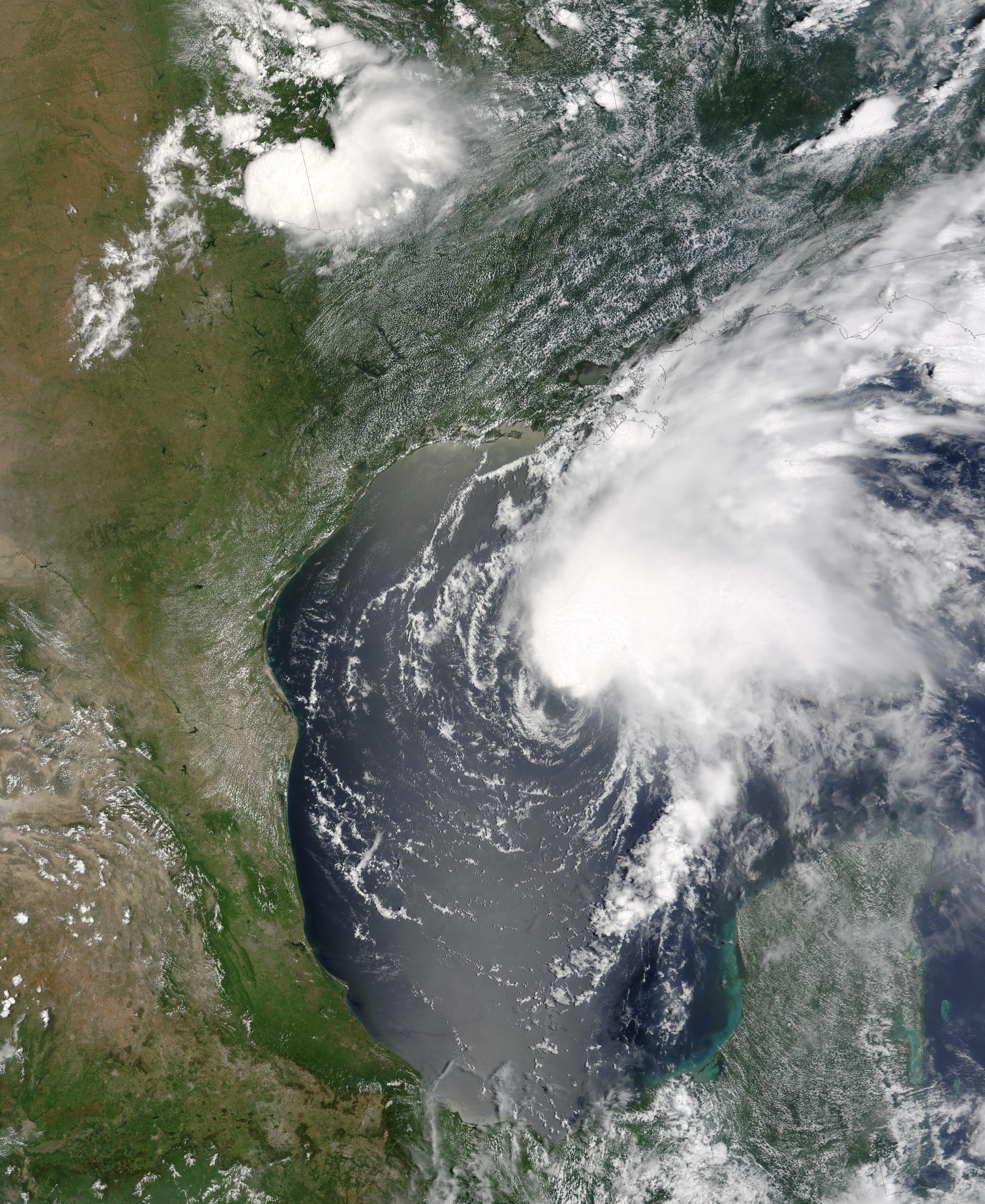 On July 13, 2003, the MODIS instrument onboard NASA’s Terra satellite captured this bird’s-eye view of Tropical Storm Claudette churning in the warm Gulf of Mexico waters. At the time of this image Claudette was centered near 25.3 north latitude and 92.4 west longititude, or about 315 miles east of Brownsville, Texas. Air Force Reserve Unit Reconnaissance aircraft were reporting maximum sustained winds were near 60 mph with a minimum central pressure of 996 millibars.