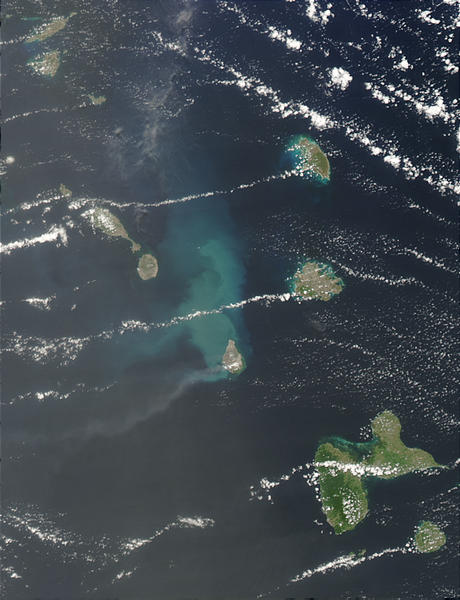 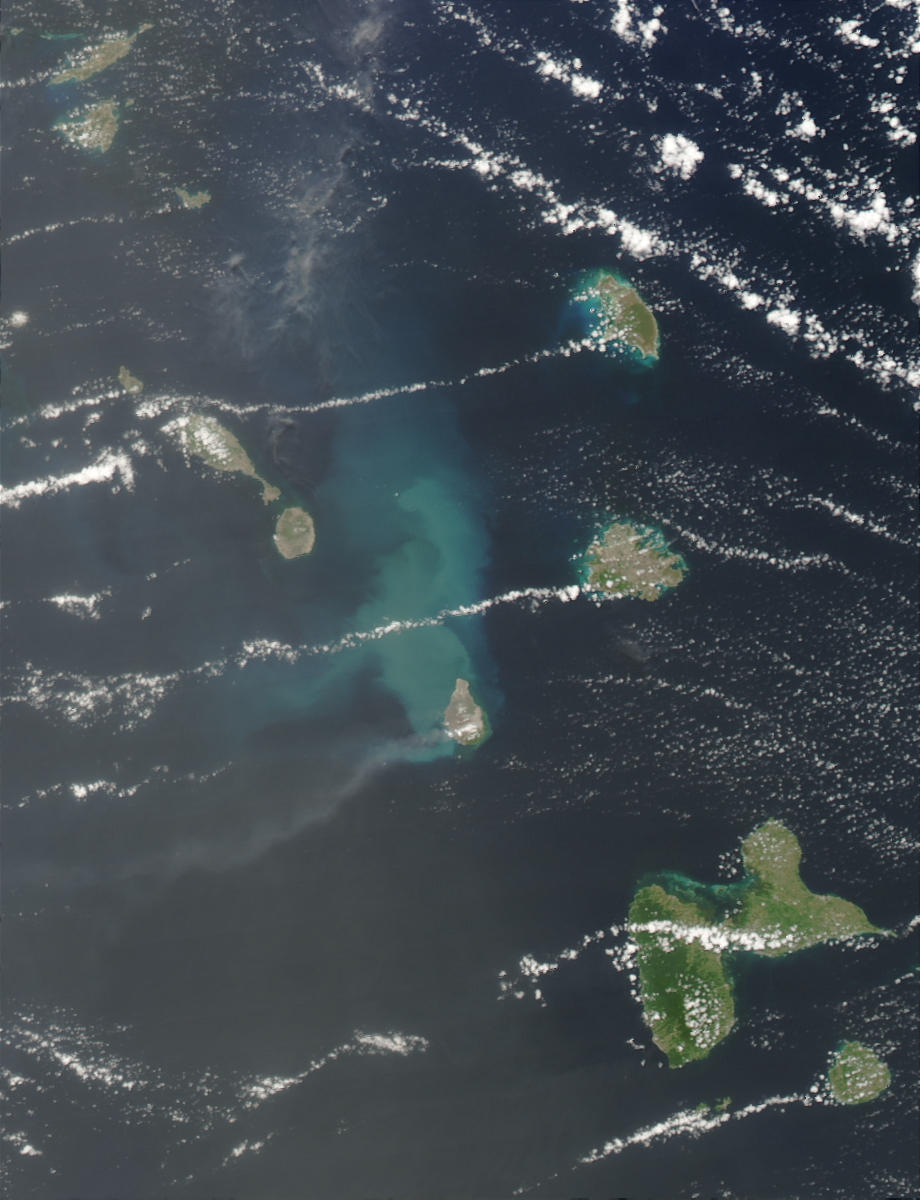 In the West Indies, the Soufriere Hills Volcano on the island of Montserrat erupted explosively between July 12-14, 2003, causing collapse of portions of the volcanic dome and creating huge pyroclastic flows (fast-moving clouds of hot ash and rock) that spread 2 kilometers out over the ocean. In places on the tiny island, the flows deposited a layer of ash 115 mm (4.5 inches) deep. The explosions and collapses of the volcano modified the island topography especially in the Tar River Valley on the southeastern side of the island, where pyroclastic flows have gouged a deep canyon.

This Moderate Resolution Imaging Spectroradiometer (MODIS) image from the Aqua satellite on July 14, 2003, shows the ash plume from the erupting volcano (center) drifting westward from the southern end of Montserrat, while the waters surrounding the island are bright blue-green, probably from the ash scattered over the surface.