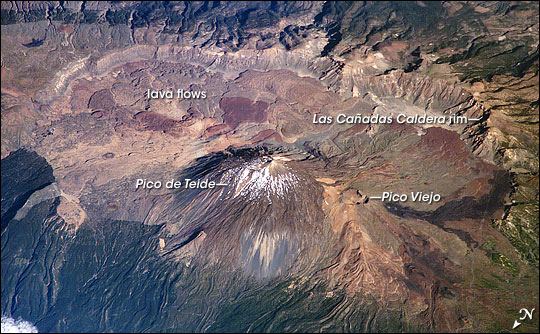 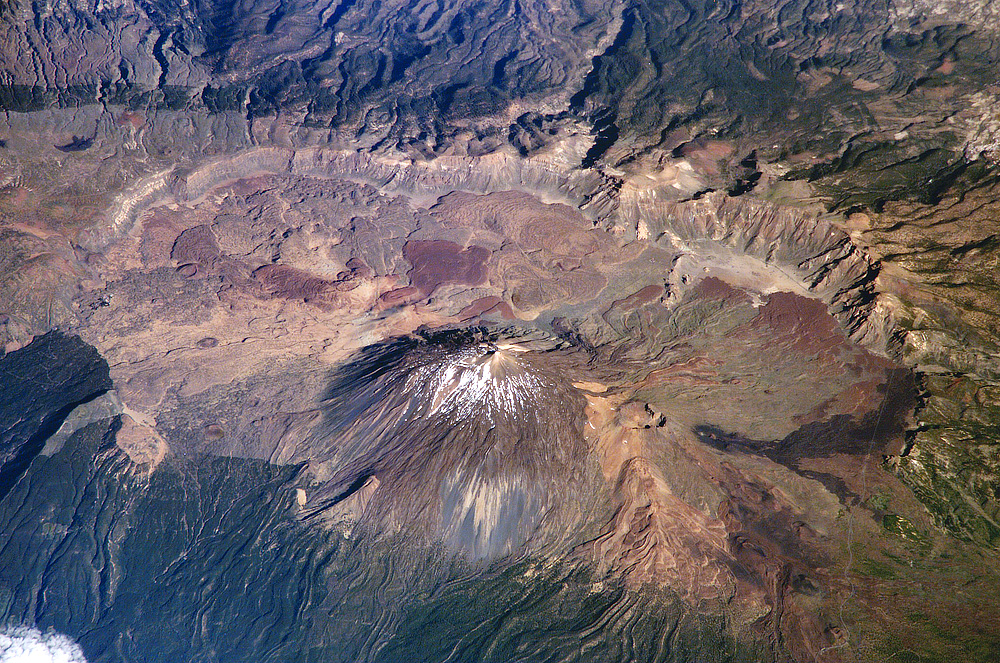 Tenerife is the largest of the Canary Islands, a Spanish possession located off the northwestern coast of Africa. The central feature of this astronaut photograph is the elliptical depression of the Las Cañadas Caldera that measures 170 square kilometers (about 65 square miles).

Astronaut photograph ISS013-E-23272 was acquired June 8, 2006, with a Kodak 760C digital camera using an 800 mm lens, and is provided by the ISS Crew Earth Observations experiment and the Image Science & Analysis Group, Johnson Space Center. The International Space Station Program supports the laboratory to help astronauts take pictures of Earth that will be of the greatest value to scientists and the public, and to make those images freely available on the Internet. Additional images taken by astronauts and cosmonauts can be viewed at the NASA/JSC Gateway to Astronaut Photography of Earth.