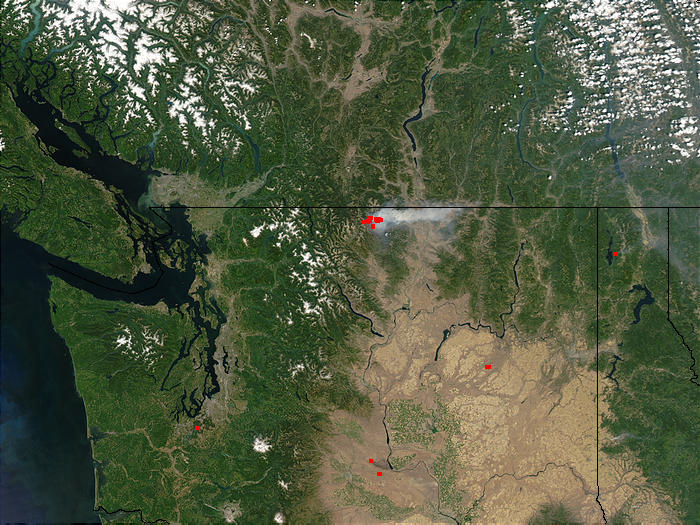 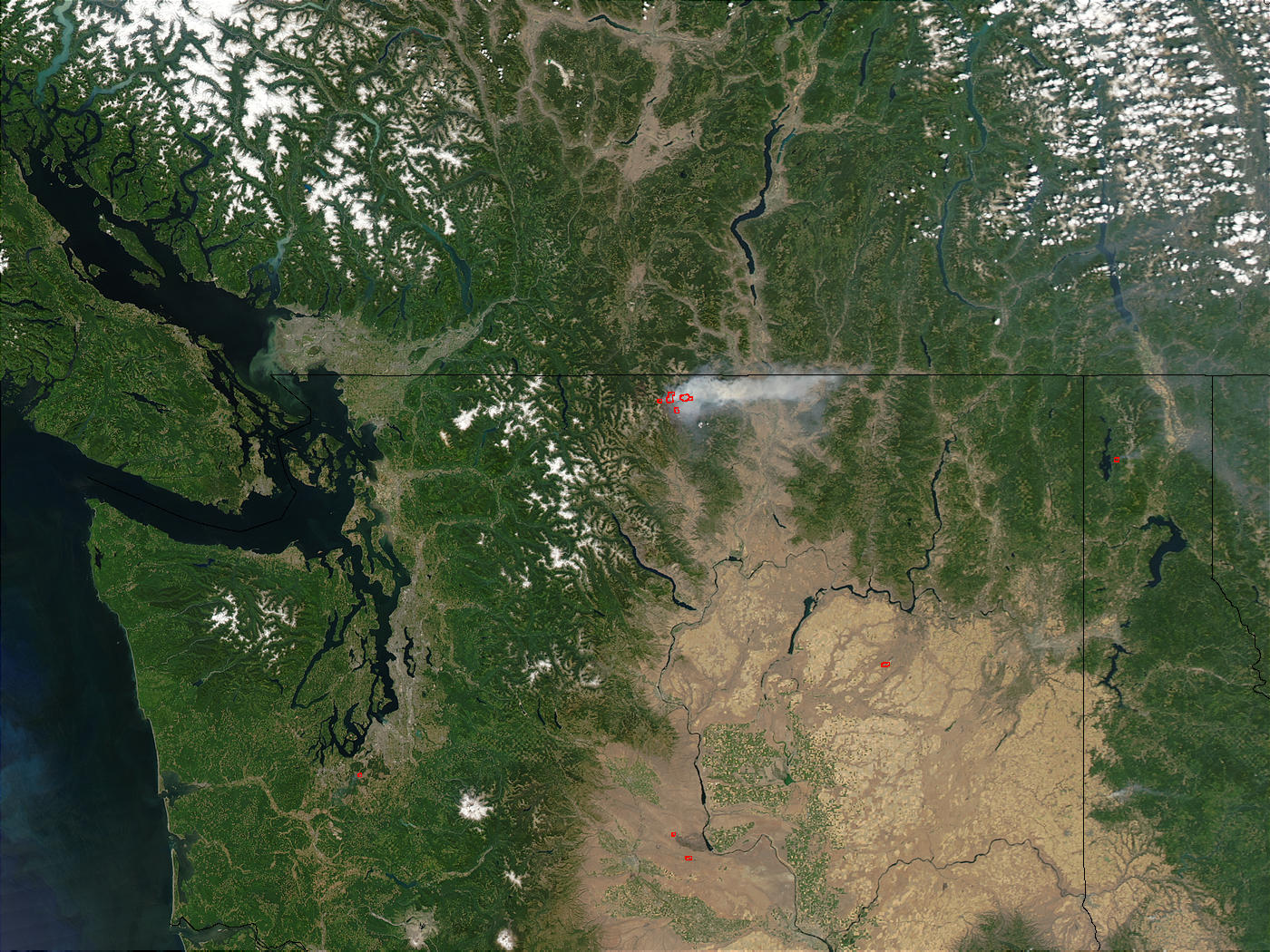 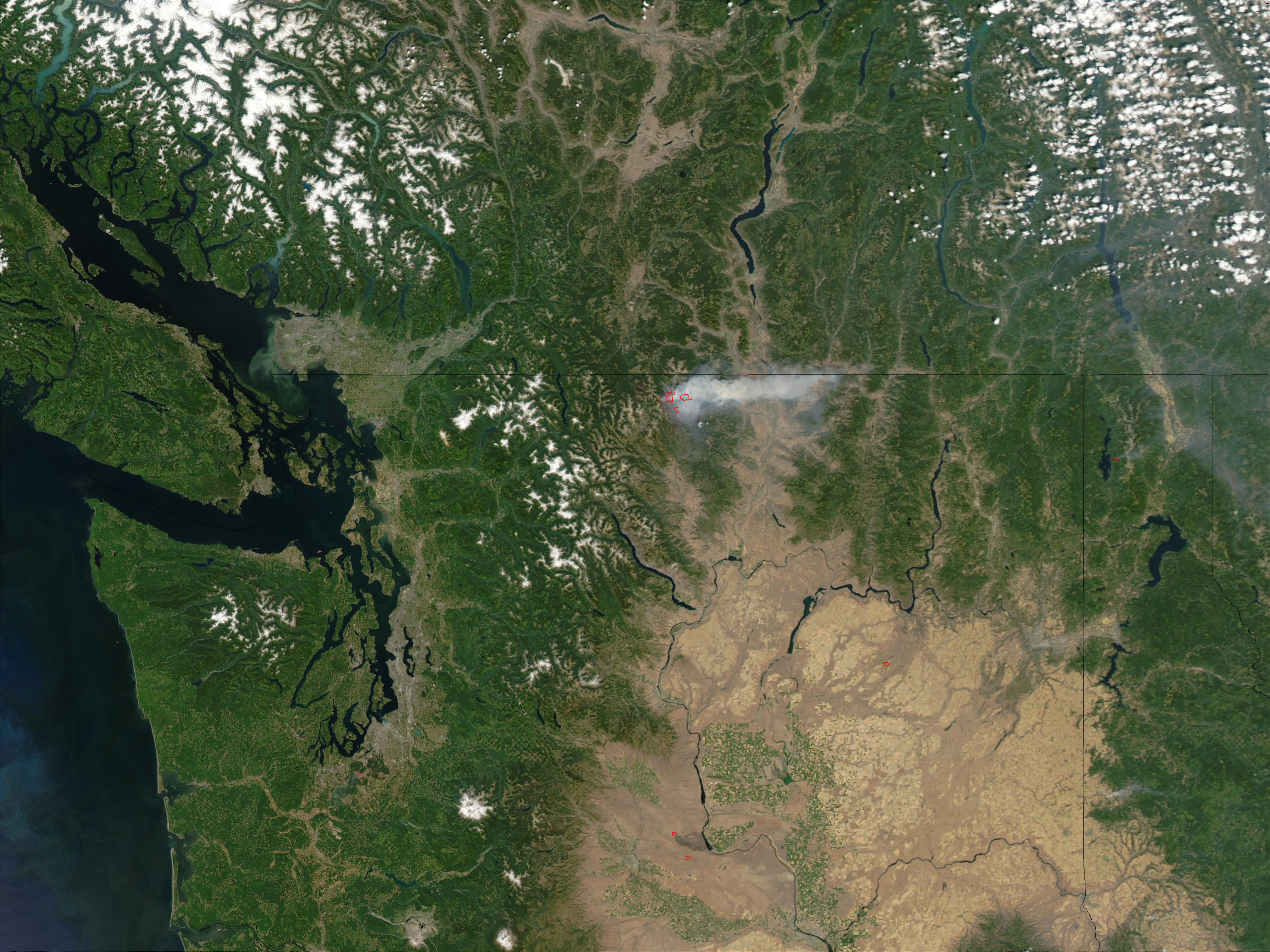 Although two of three blazes of the Fawn Peak Complex Fire were extinguished soon after they began on June 29, 2003, the third fire, the Farewell Creek Fire, continued to grow as of July 28, 2003, when this Moderate Resolution Imaging Spectroradiometer (MODIS) image was captured by the Aqua satellite. The fire, marked with red in the center of the image, was nearly 69,000 acres and only 35 percent contained. Low humidity and high temperatures continue to make the fire difficult to control.