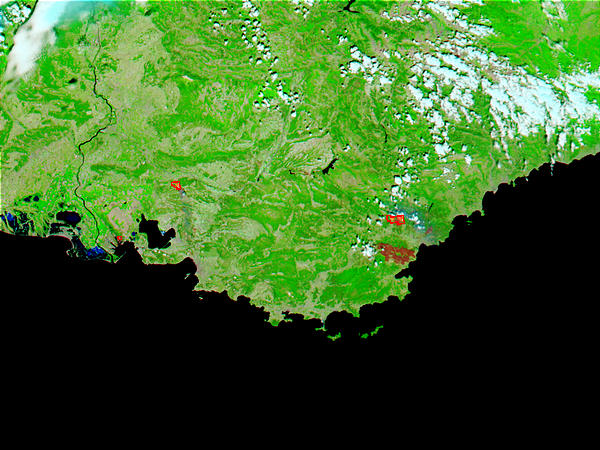 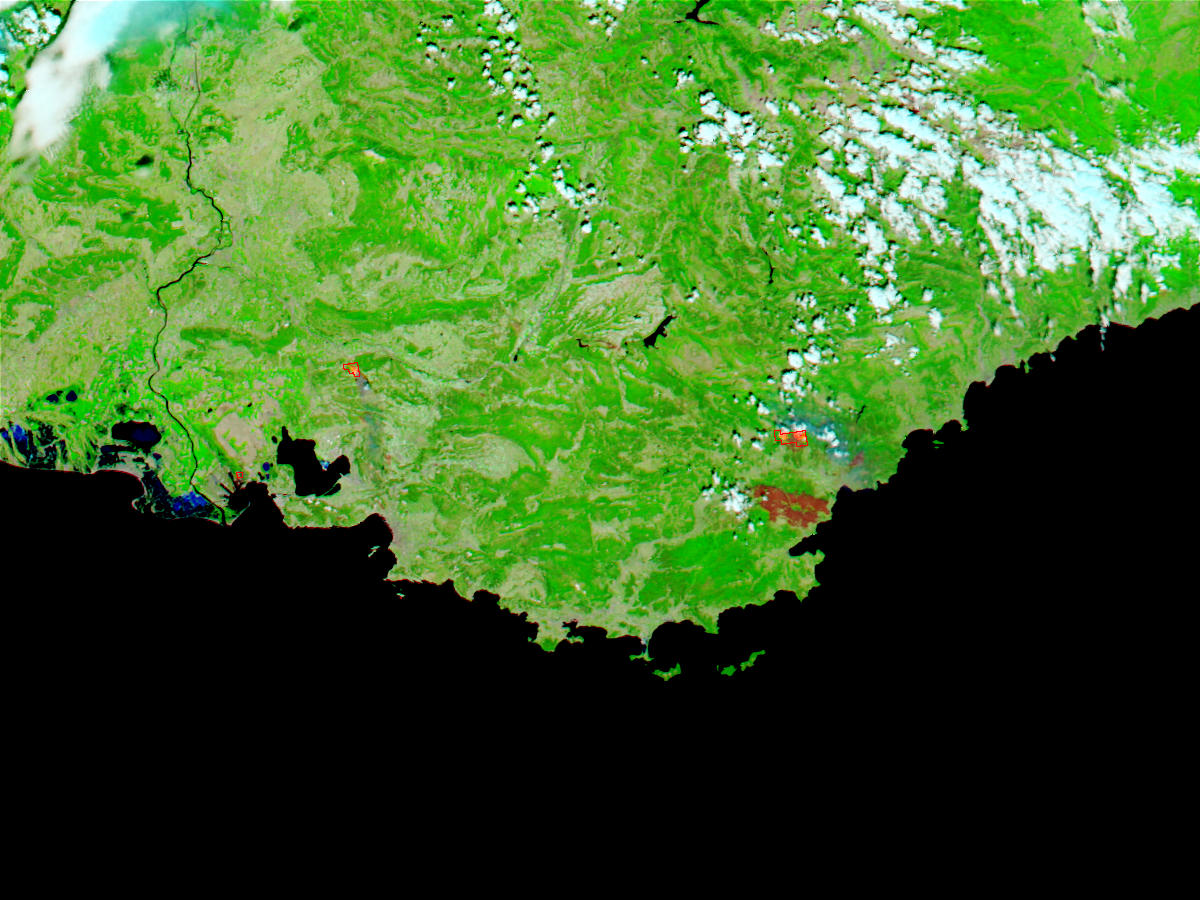 As many as thirty forest fires were started in the last week of July 2003 along France’s Mediterranean Coast. Several tourists were killed and thousands more evacuated by the fires, which appear to have been started by arson, according to news reports. The fires are being helped along by exceptionally dry and sunny weather. This image from the Moderate Resolution Imaging Spectroradiometer (MODIS) on the Aqua satellite was captured on July 30, 2003. The scene shows southeastern France in false-color, enhanced to show the burned areas, which appear brick red. Active fire detections are marked with red outlines.