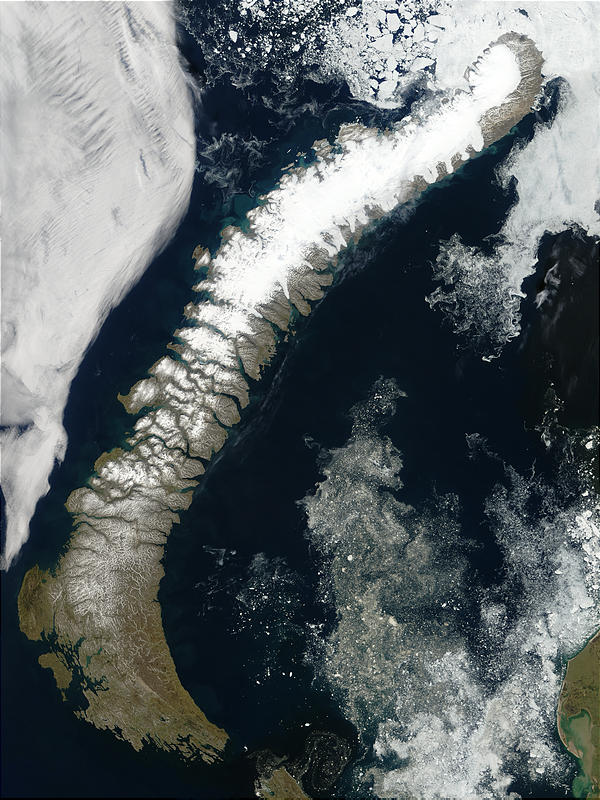 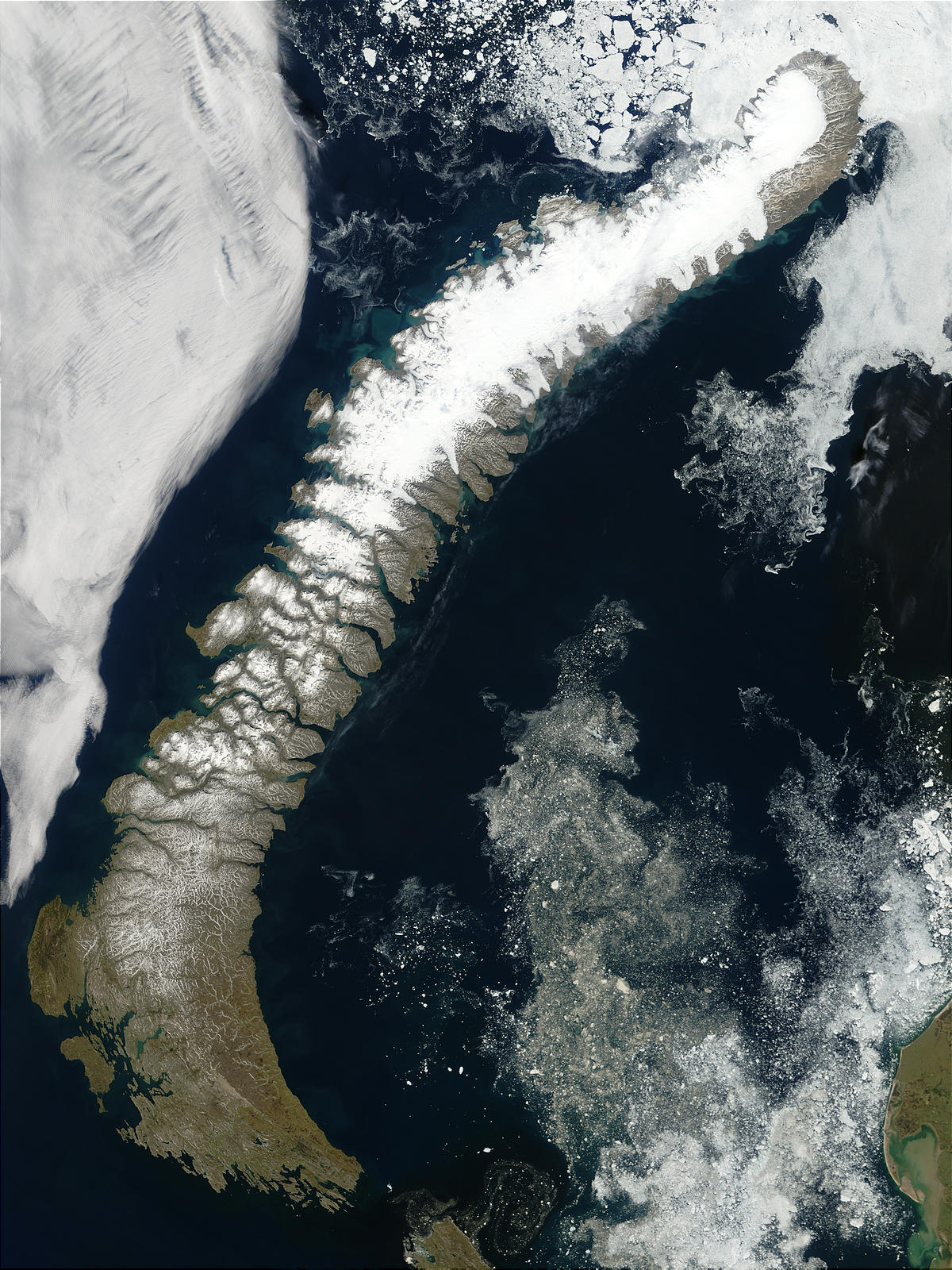 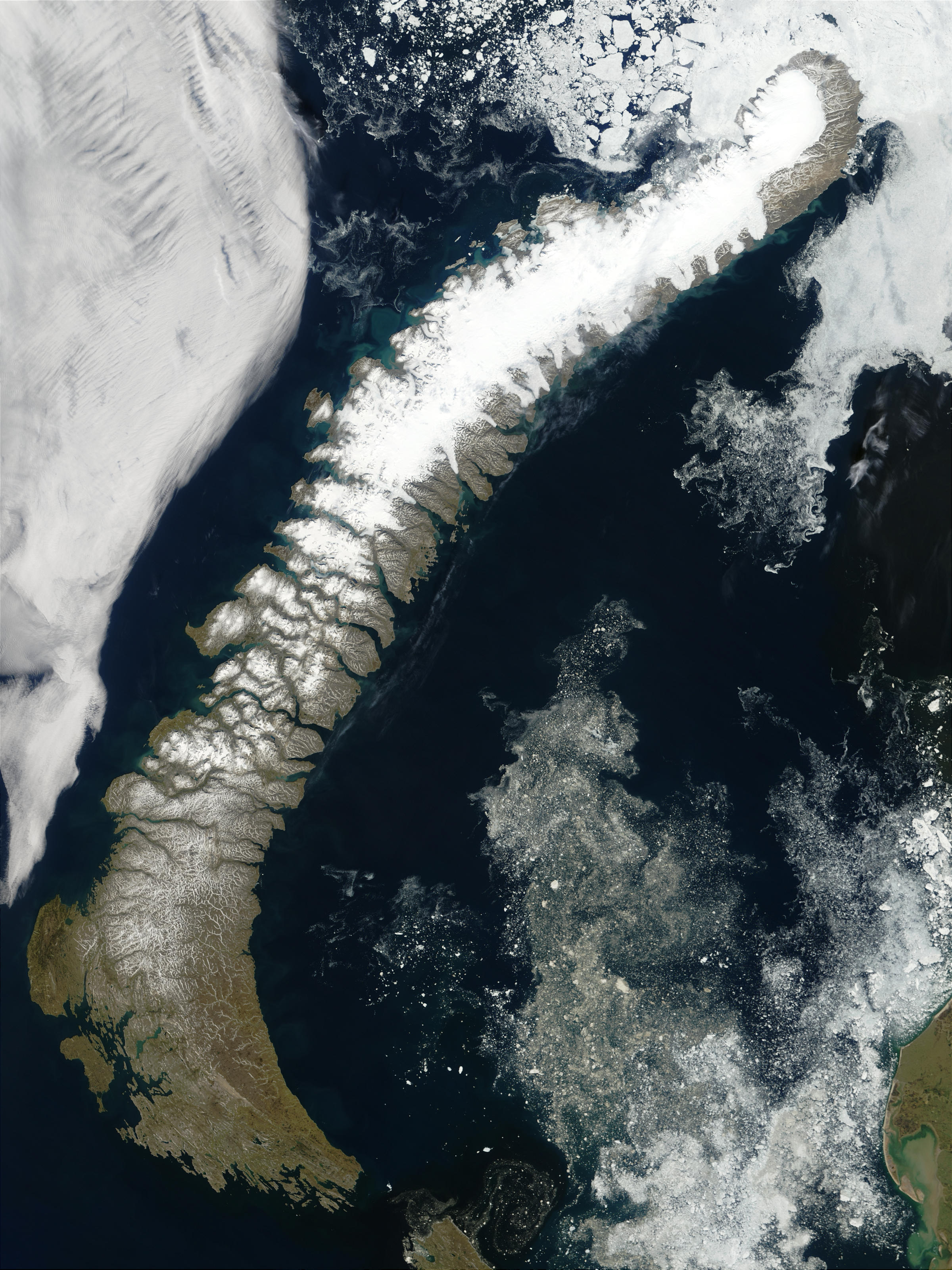 Curving between the shallow Kara Sea (east) and the deeper Barents Sea (west) is the Novaya Zemlya archipelago. It consists of two main islands, the northern Zemlya and the southern Novaya, which are separated from each other by a narrow strait. The islands are the northern edge of the Ural Mountains, the southern end of which are in northern Kazakhstan, a length of over 2,400 kilometers (1,500 miles). The northern island is mostly covered by the Gory Mendeleyeva glacier, and the climate is that of an arctic desert. The southern island is more hospitable, and supports a tundra environment.

Floating on both of the seas is quite a lot of sea ice. The sea ice in the northern Barents Sea features quite a few large floes of sea ice, while the sea ice to the south is broken up into much smaller pieces. This true-color Terra MODIS image was acquired on July 29, 2003.