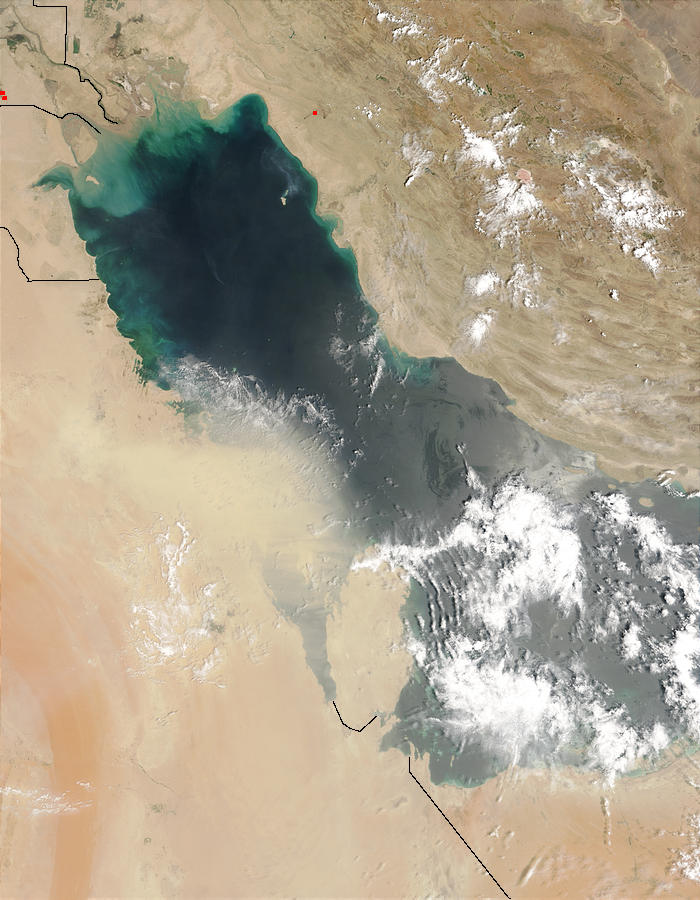 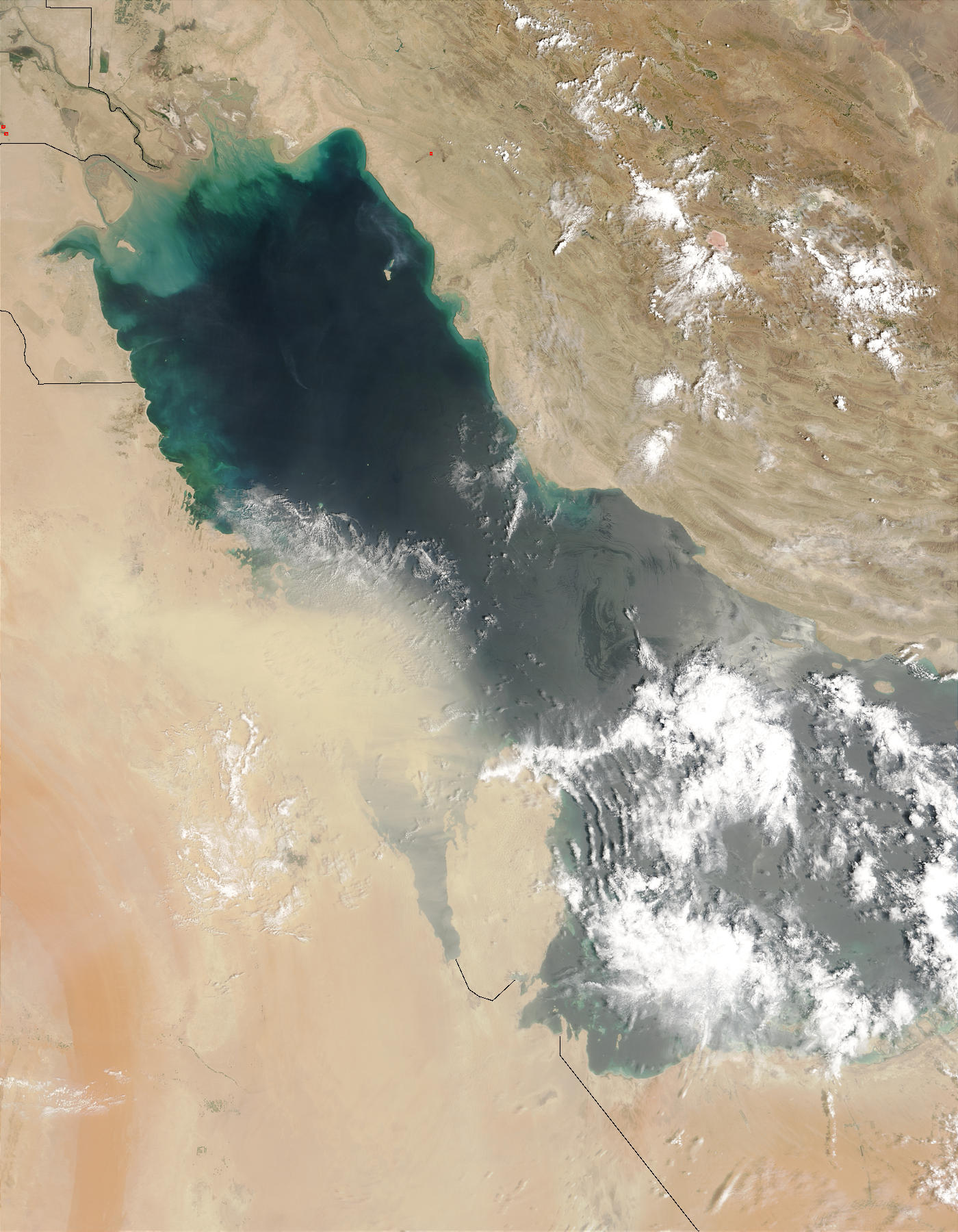 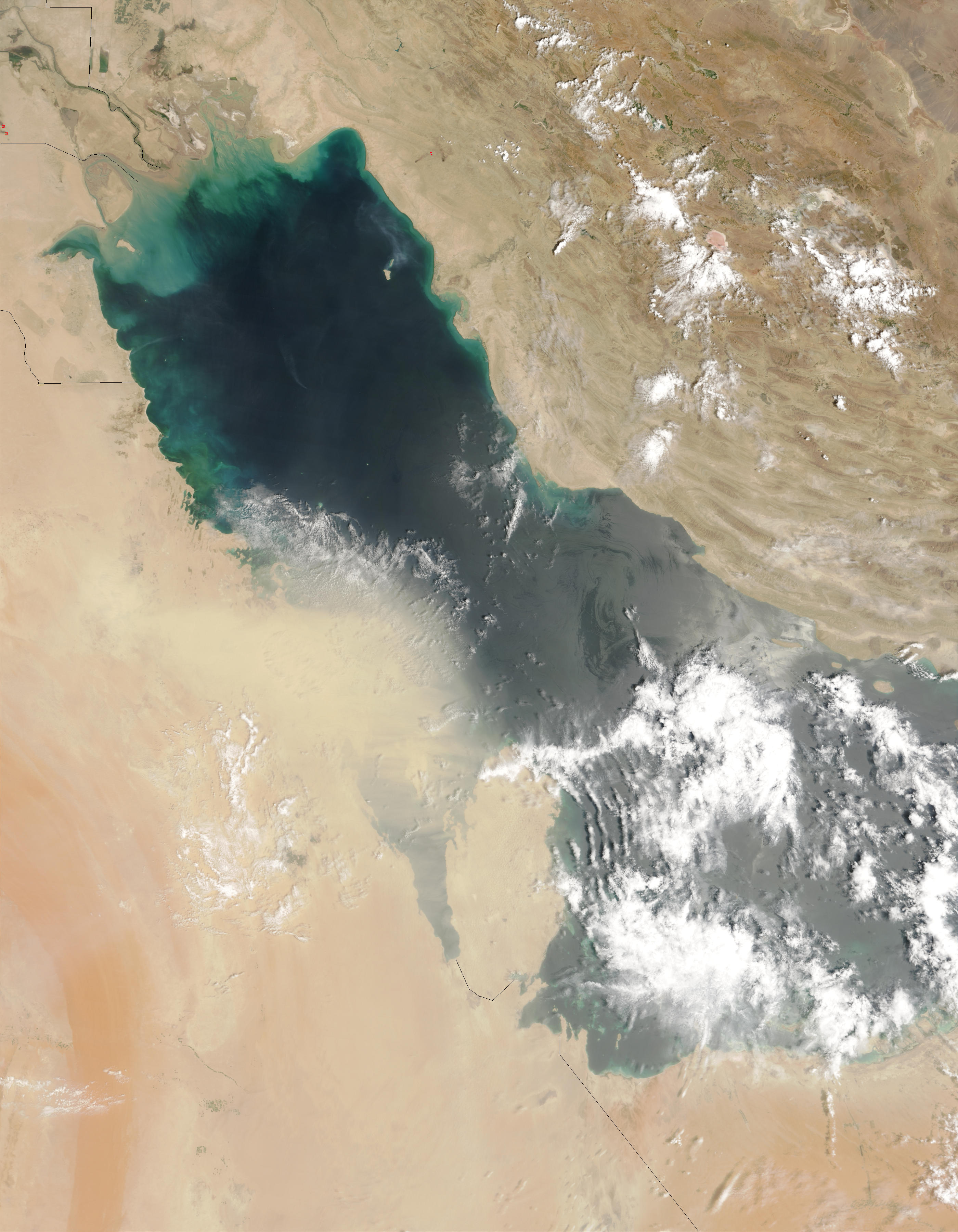 Dust storms over the Persian Gulf

A thick cloud of dust and sand sweeps out of the desert of Saudi Arabia and into the Persian Gulf in this true-color Terra MODIS image acquired on August 5, 2003. The cloud is dense enough to completely obscure the land and water beneath much of it, including the island-nation of Bahrain, which sits between Saudi Arabia and the Qatar peninsula.

In the northern part of the image, clouds of turquoise color the water at the apex of the Gulf. It's likely that the beautiful colors were caused by sediments carried into the Gulf by the Tigris (north) and Euphrates (south) rivers, though the more greenish swirls along the coasts (away from river mouths) may be caused by microscopic marine life.

MODIS also detected a couple of active fires, which are marked in red. Two of the fires were detected in southern Iraq near the Kuwaiti border, while the other was detected in western Iran.