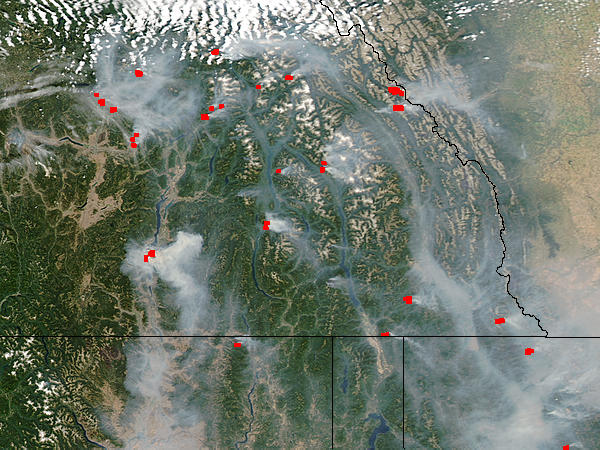 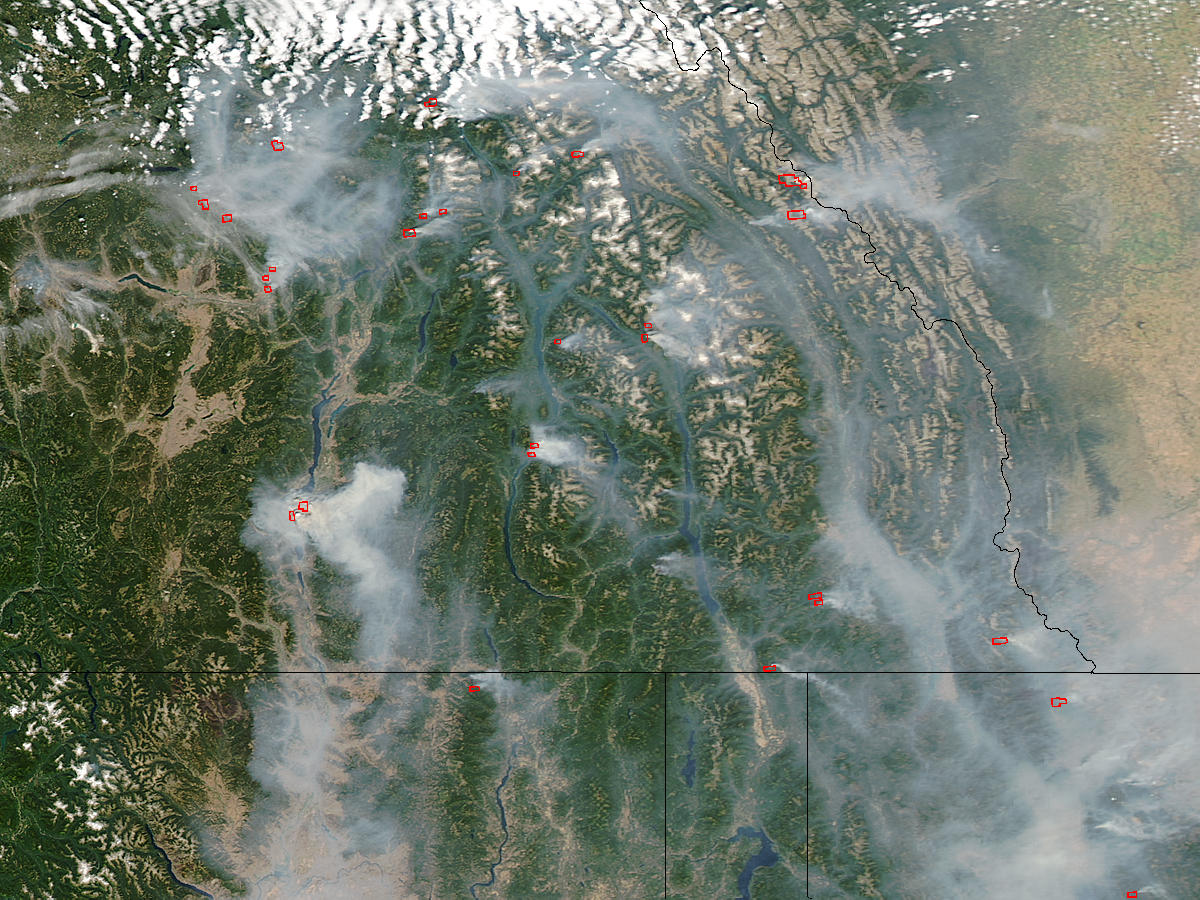 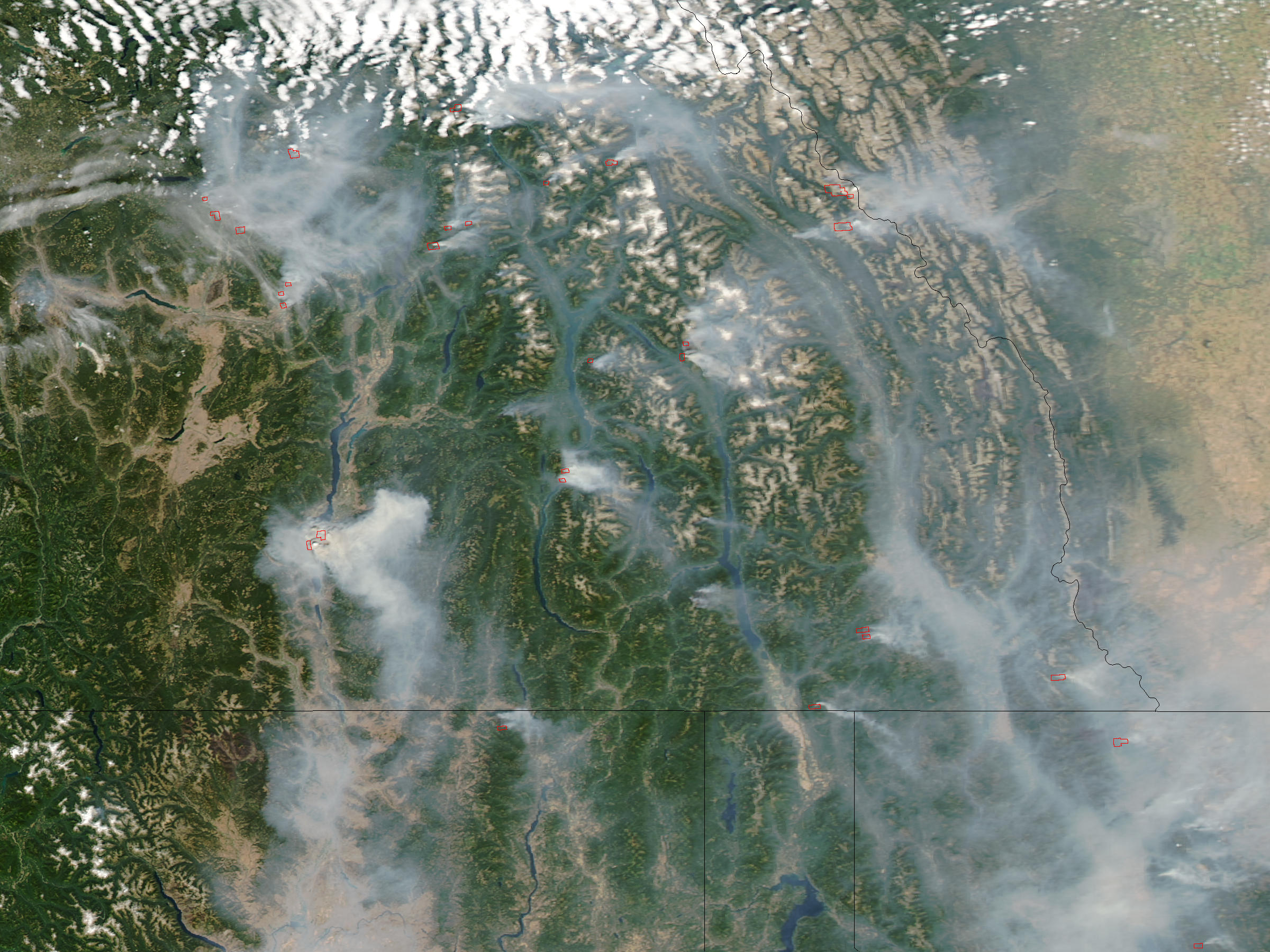 Fires and smoke in British Columbia

Dozens of large fires were burning across British Columbia, Canada, on August 20, 2003. The fires (marked with yellow) have forced hundreds of people to evacuate their homes and put thousands on evacuation alert. This image of the fires was captured by the Moderate Resolution Imaging Spectroradiometer (MODIS) on the Aqua satellite. British Columbia is at top left, with Alberta to the east. At the bottom are Washington, Idaho, and Montana.