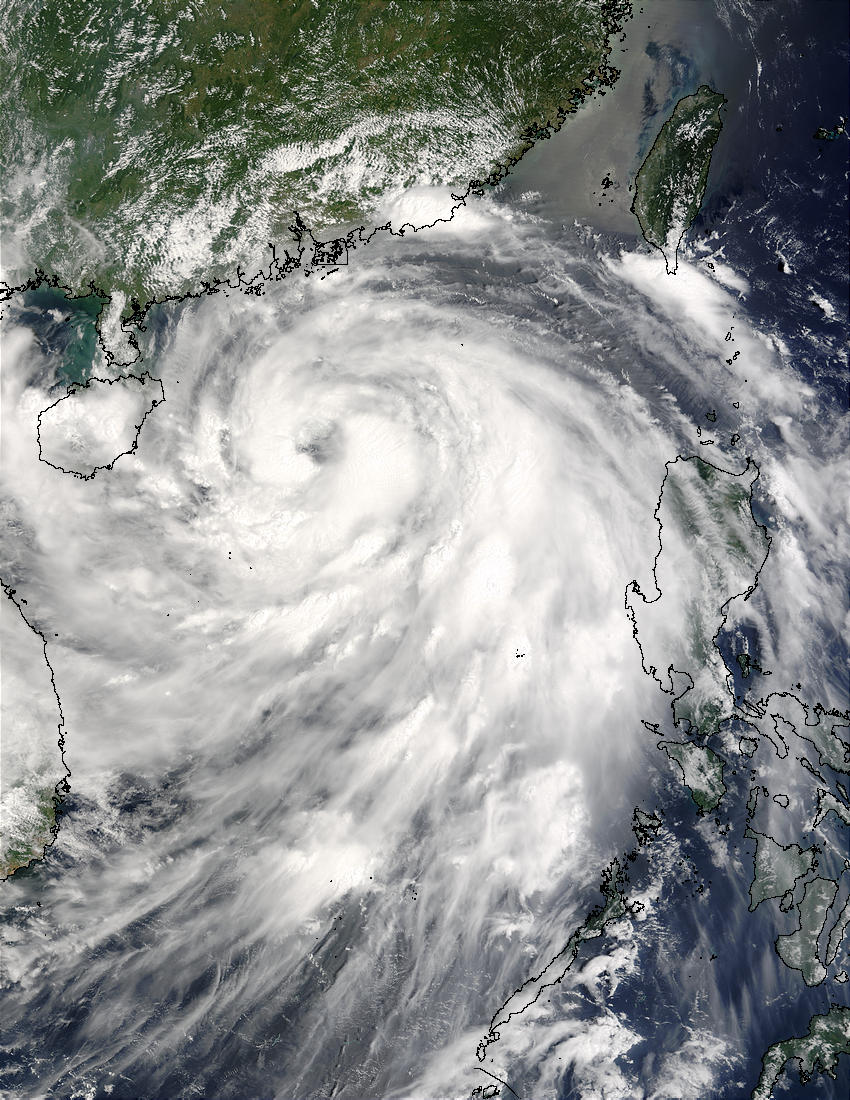 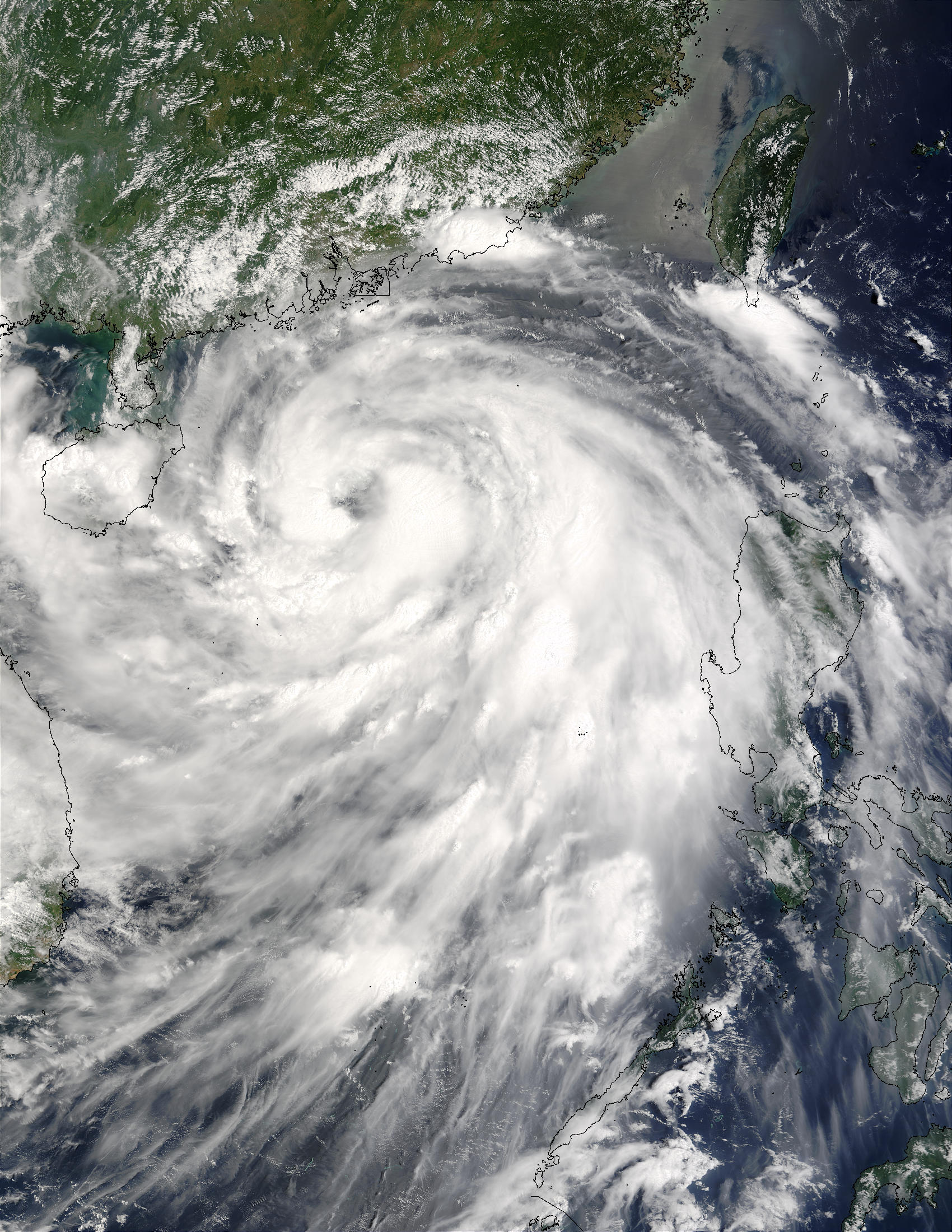 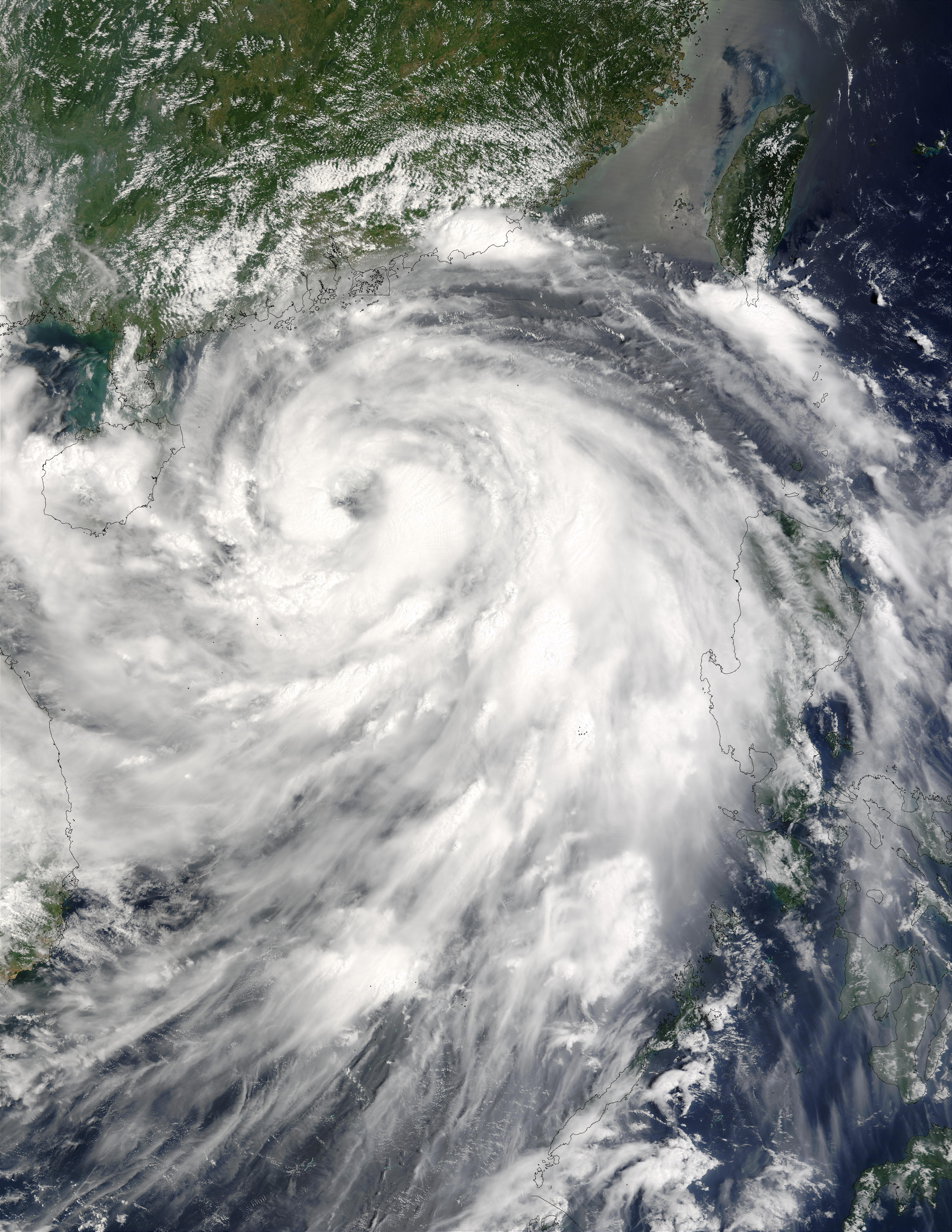 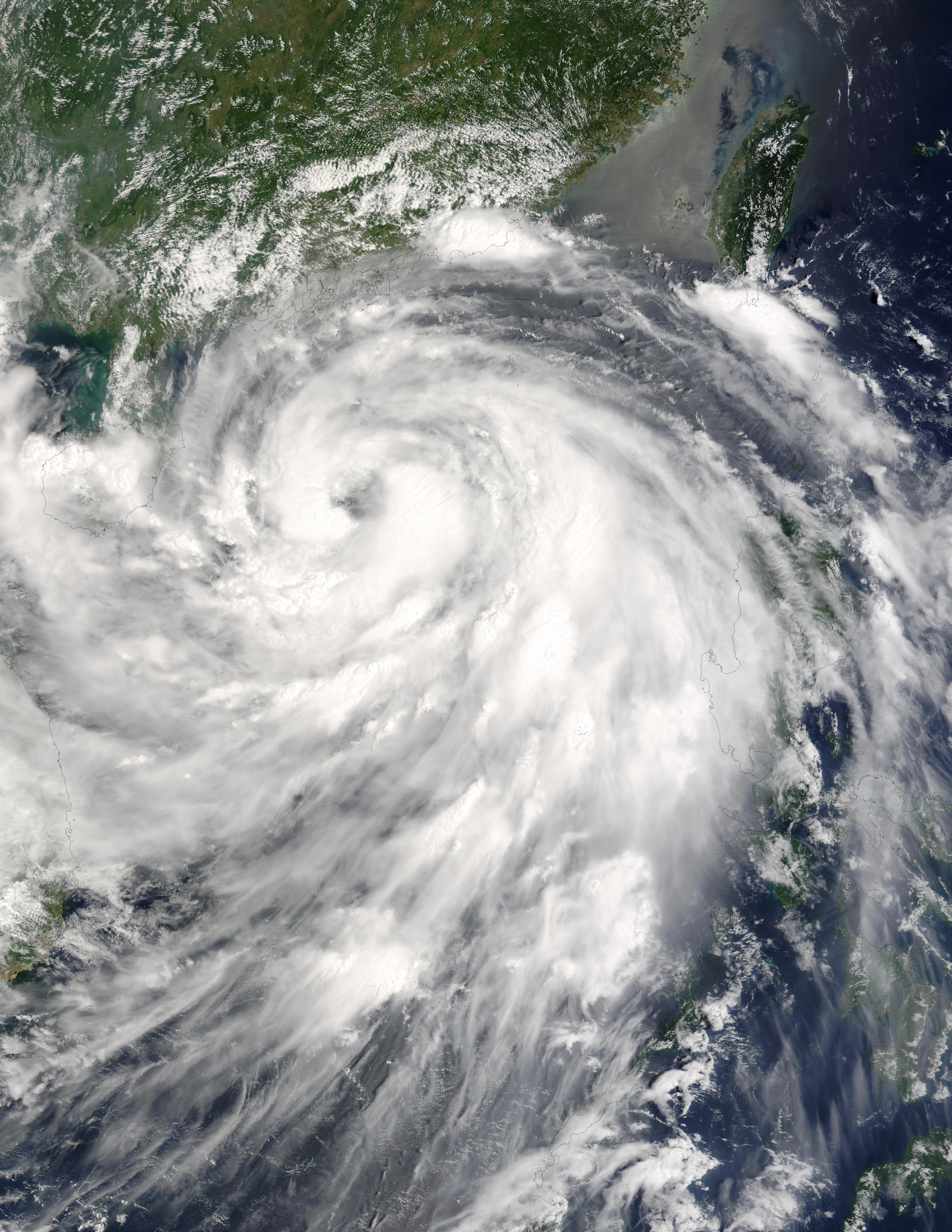 The MODIS instrument onboard the Terra spacecraft captured this bird’s-eye view of Typhoon Krovanh on August 24, 2003, at 03:00 UTC as it was churning in the South China Sea.

The Hainan Provincial Meteorological Observatory said that the typhoon was centered approximately 80 km west of the Philippines and was expected to affect south China’s Hainan and Guangdong provinces by late Sunday.