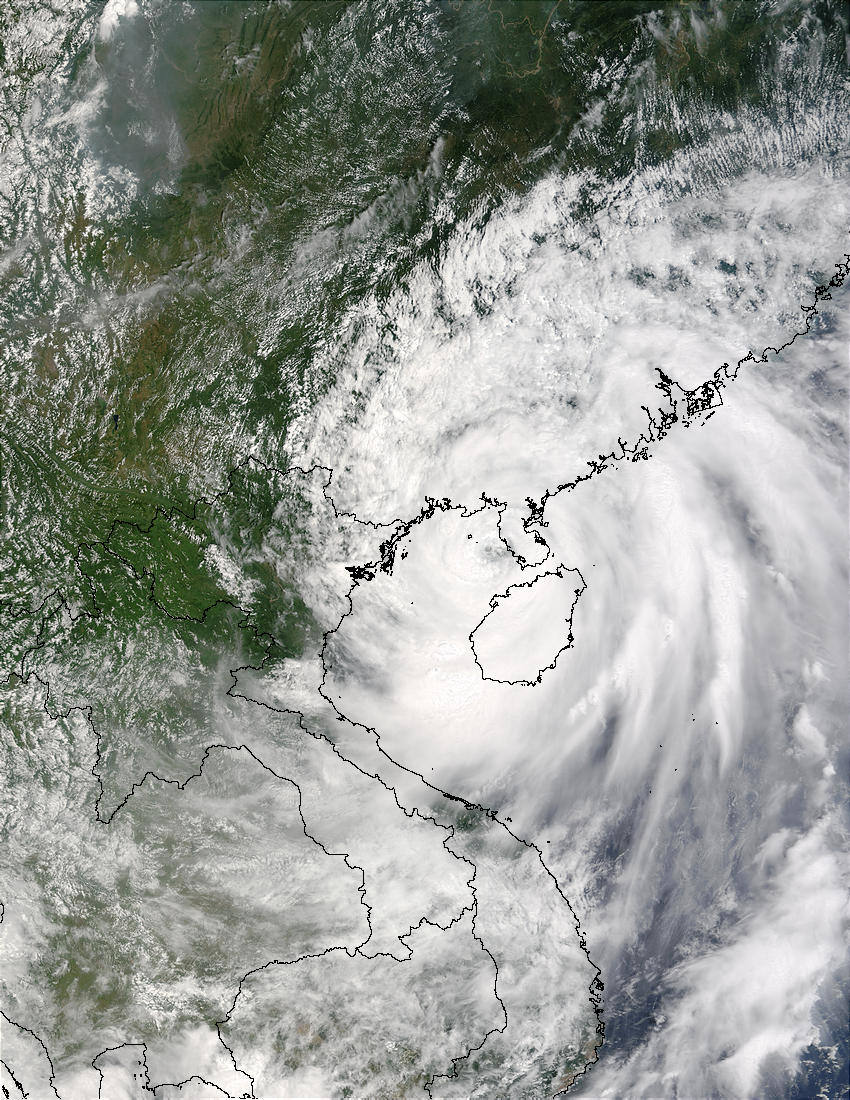 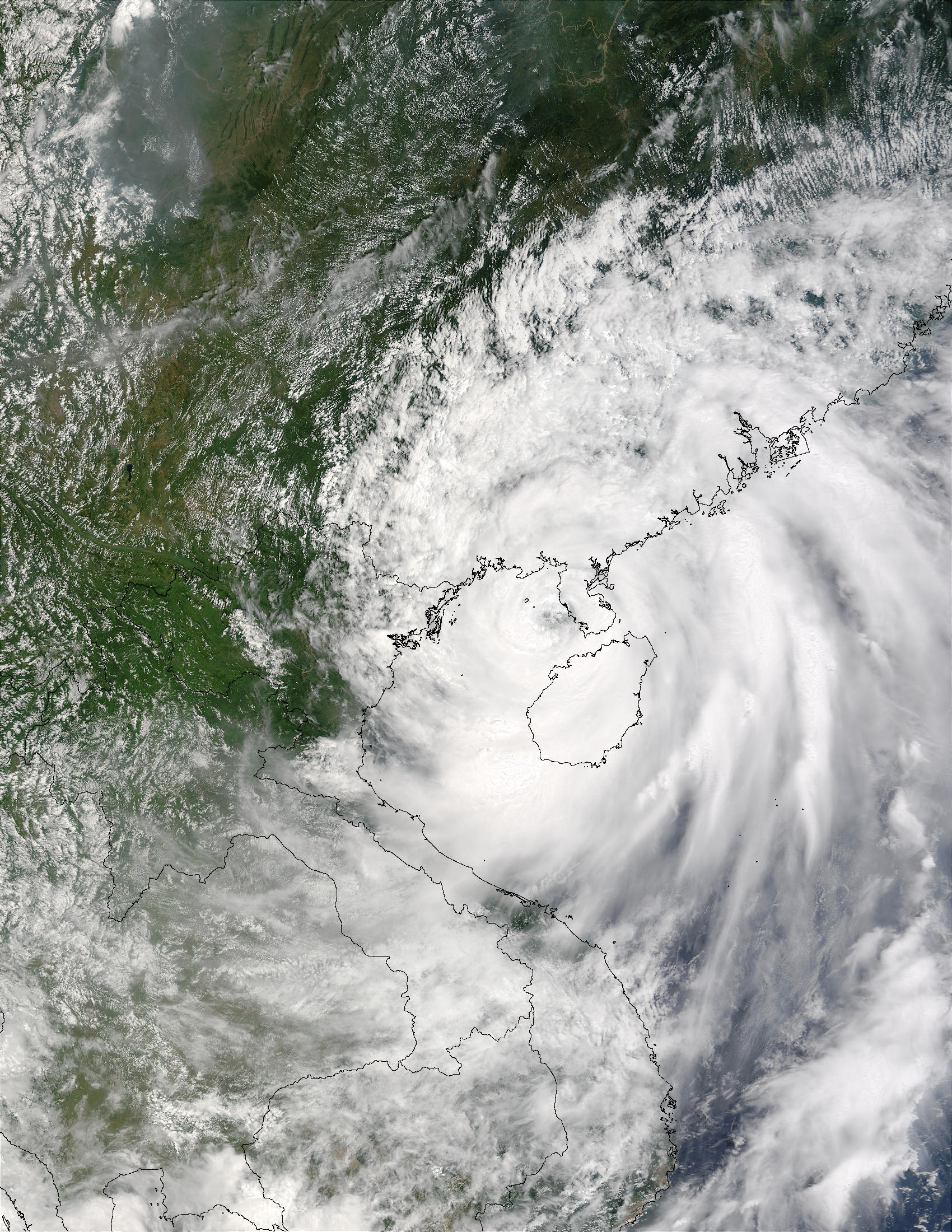 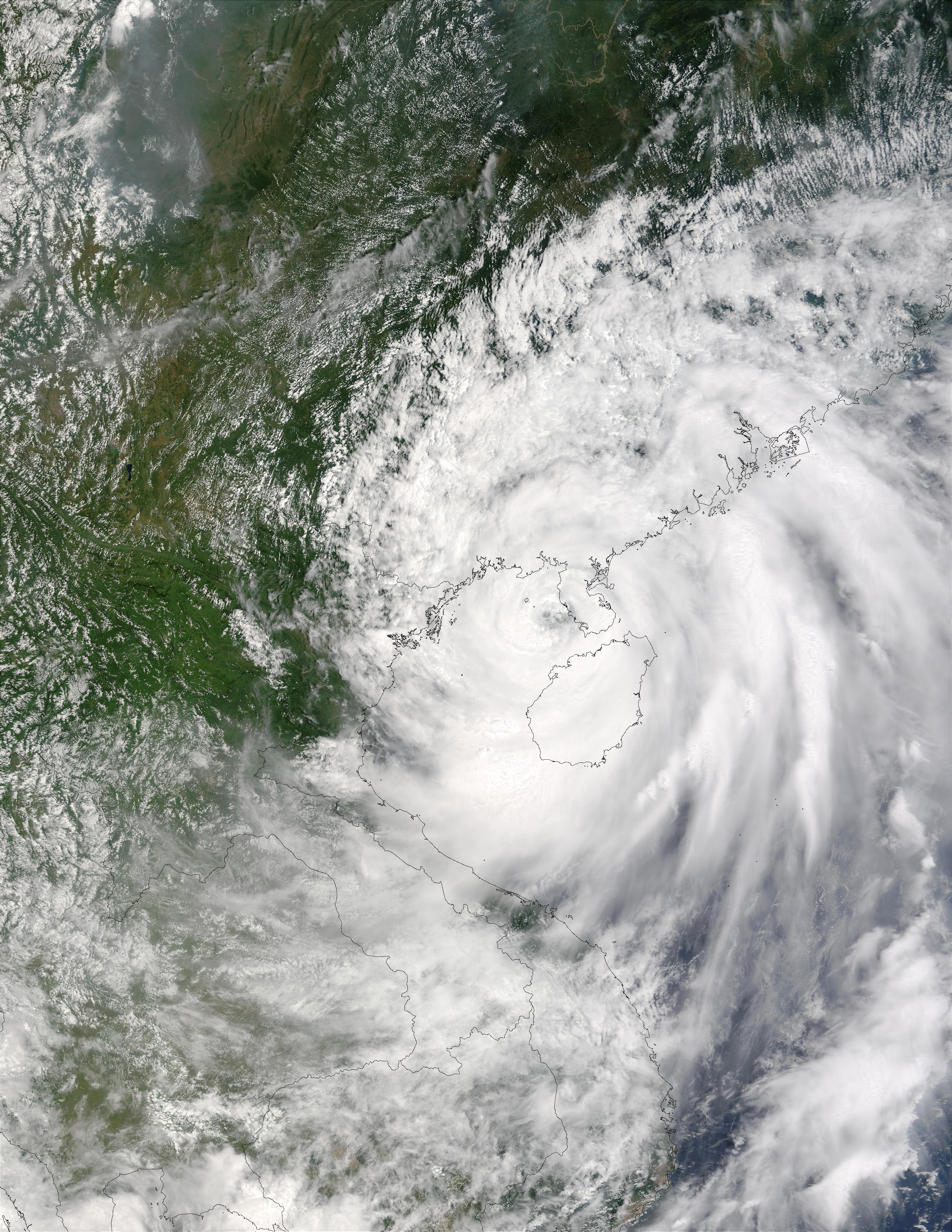 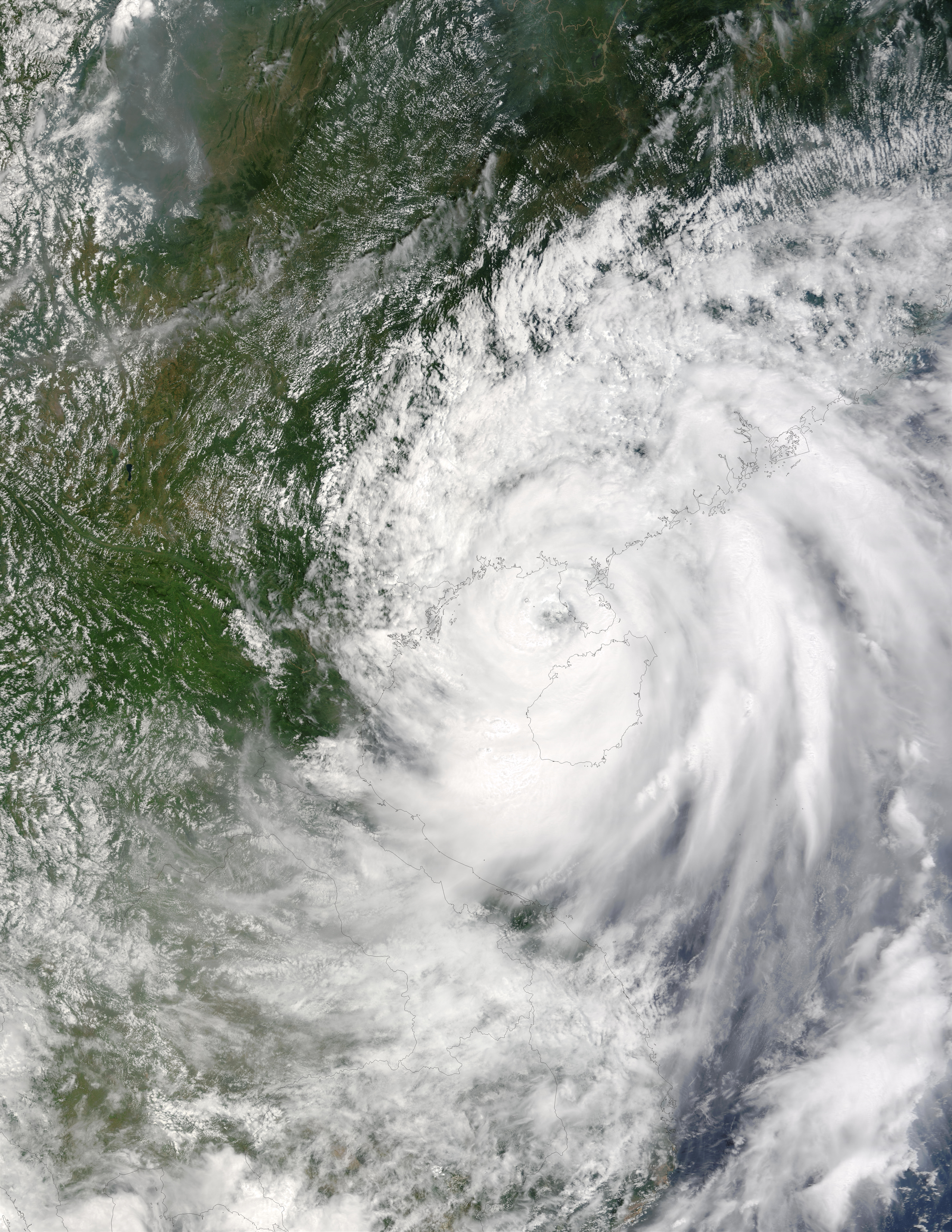 The MODIS instrument onboard NASA’s Terra spacecraft captured this true-color image of Typhoon Krovanh as it was exiting the tropical island province of Hainan on August 25, 2003. Krovanh slammed into the island with howling winds and heavy rains and cut electricity in parts of its capital, Haikou.