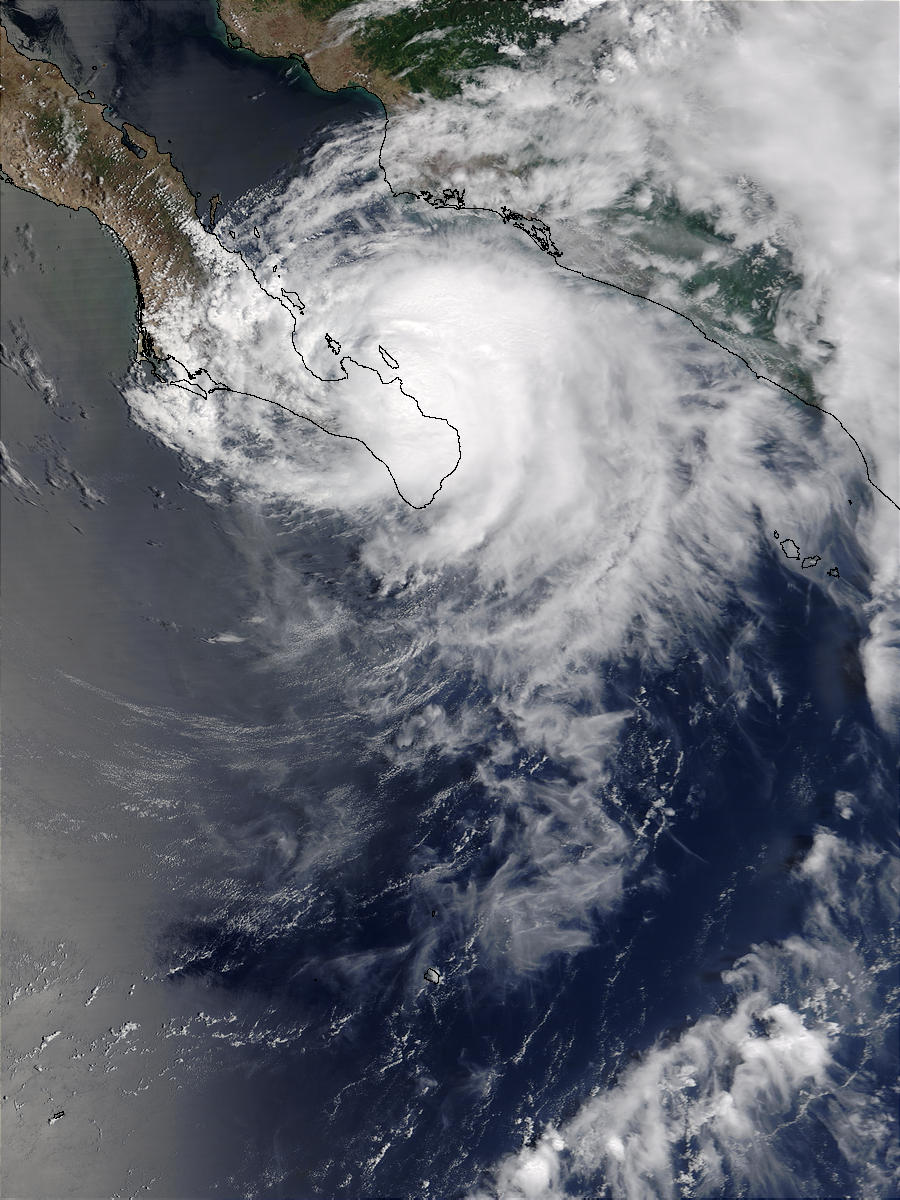 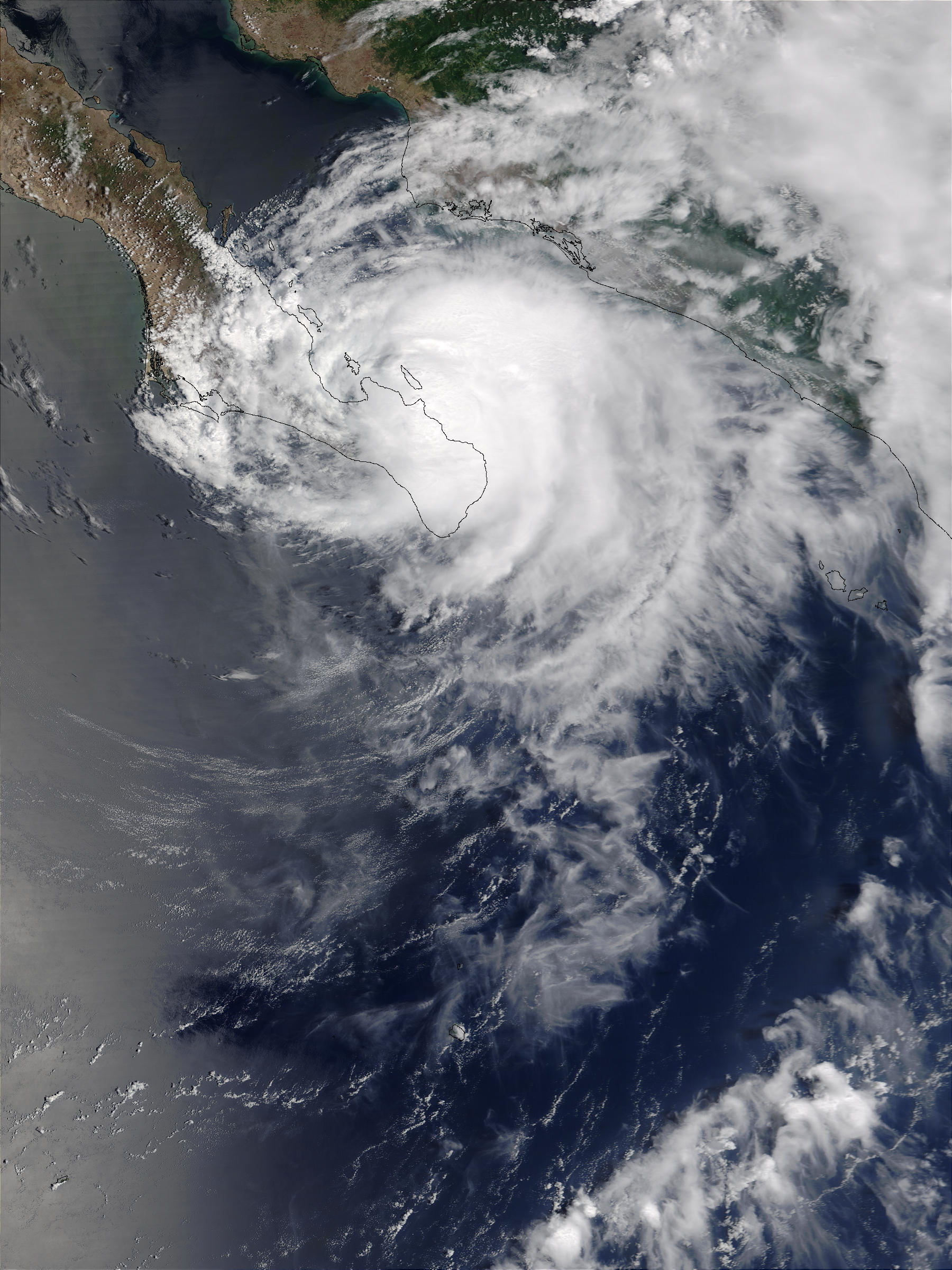 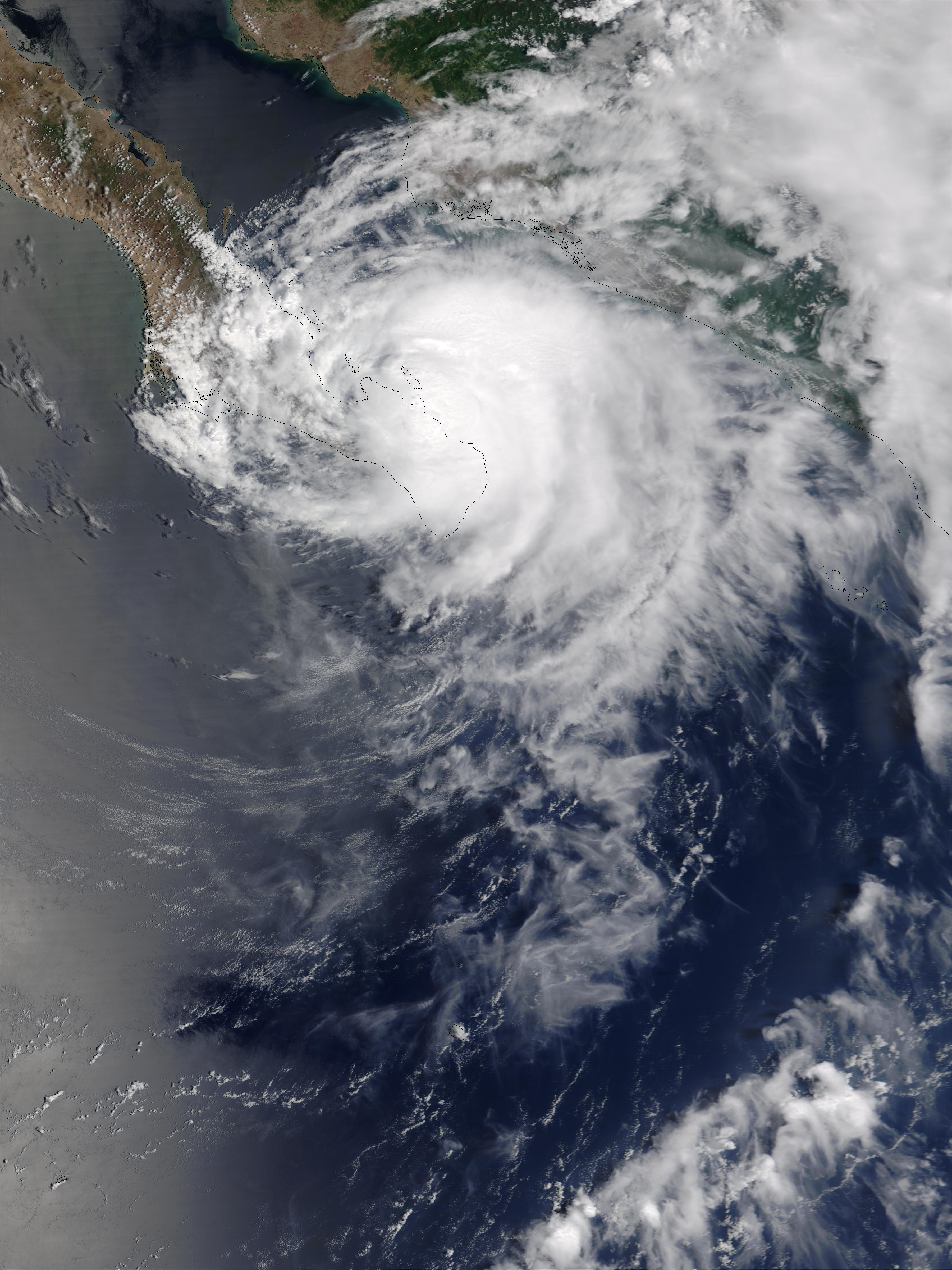 The MODIS instrument onboard NASA$#8217;s Terra spacecraft captured this true-color image of Hurricane Ignacio at 11:25 a.m. PDT on August 25, 2003. At the time of this image, Ignacio was packing maximum sustained winds of 75 mph (125 km/hr) with slightly higher gusts. The storm was feeling the effects of the land mass of Baja, California as evidenced by the cloud pattern on the western side of the storm becoming less organized.