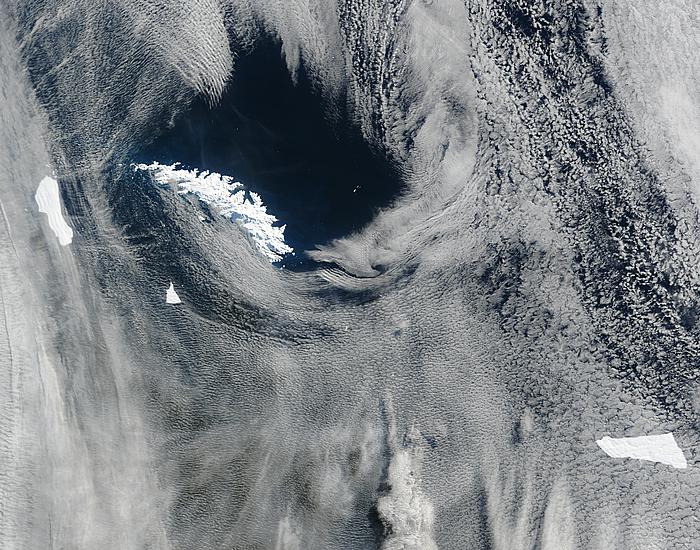 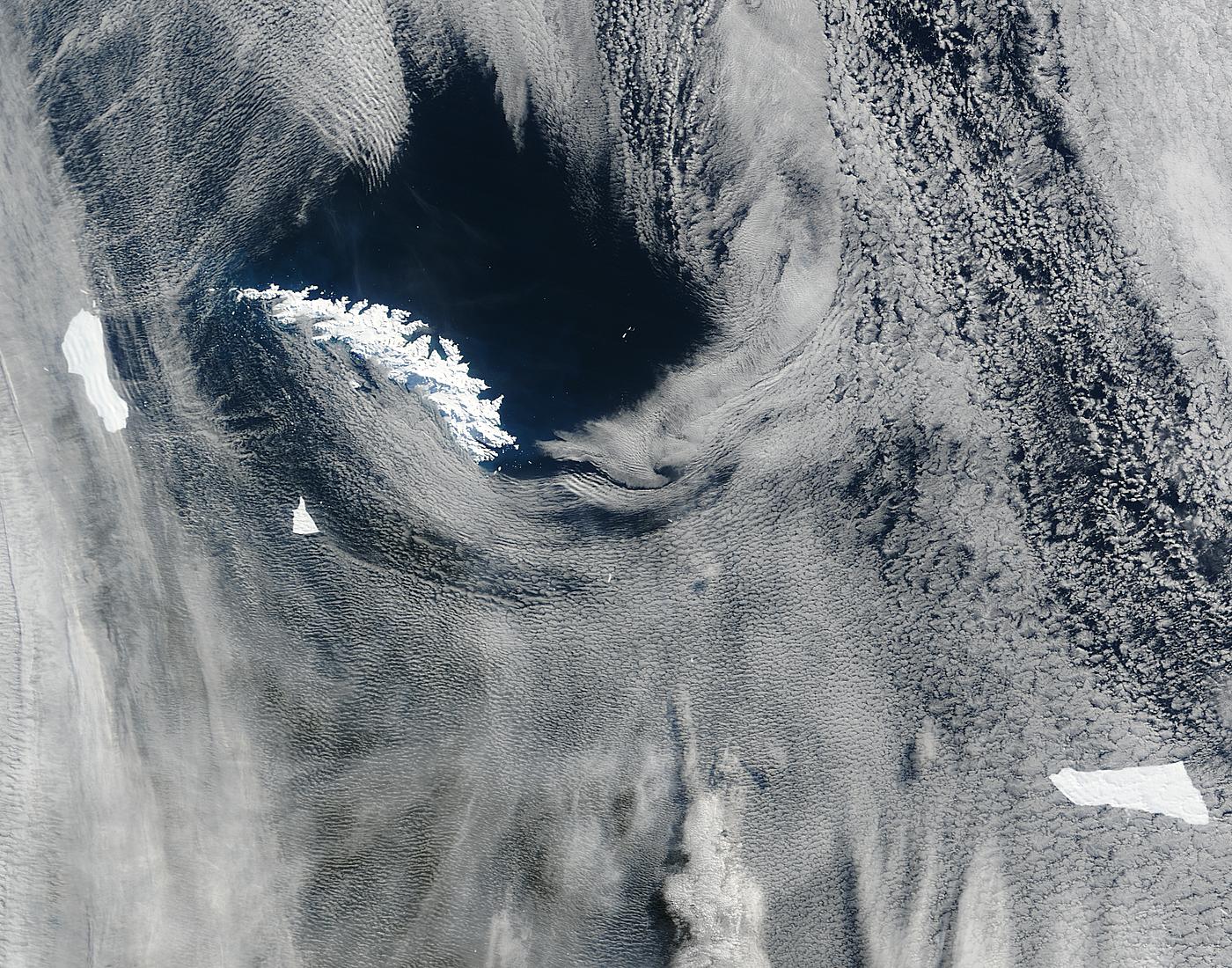 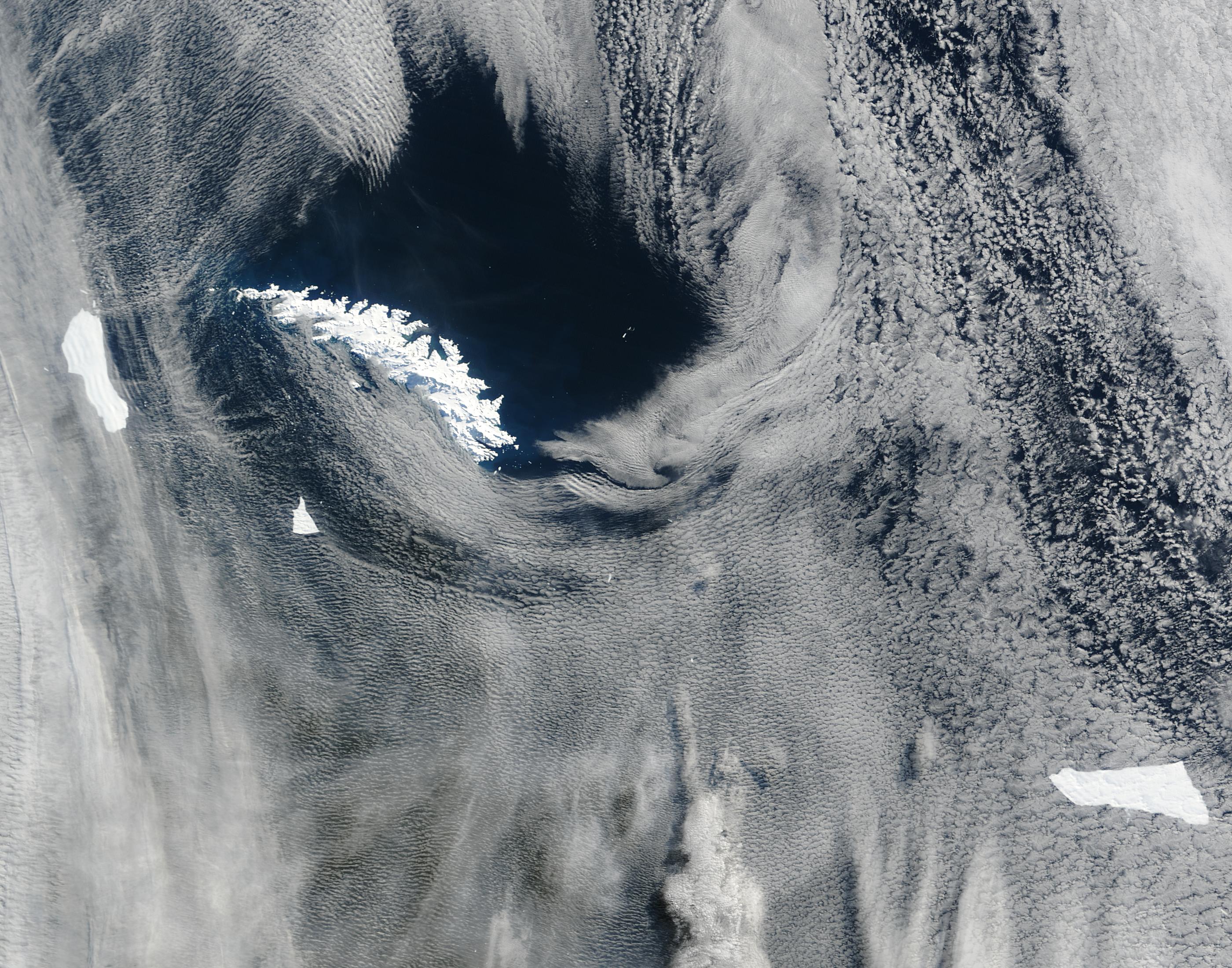 South Georgia Island, which sits in the center of this true-color Terra MODIS image, is covered in snow and glaciers, making it as brightly white as the huge icebergs that float slowly past. The three icebergs were likely calved somewhere in Antarctica, and are being carried toward South America by the currents of the South Atlantic Ocean. The southern tip of South America, Cape Horn, lies some 1,200 miles (1,930 km) west of this island.

South Georgia island is not permanently inhabited, as its climate is too harsh and agriculture is practically nonexistent. Instead, its population fluctuates with the seasons - during the warmer months, tourists come to the island to observe its wildlife and the life in the surrounding waters. A permanent research station is also manned, but there are no civilian settlements.