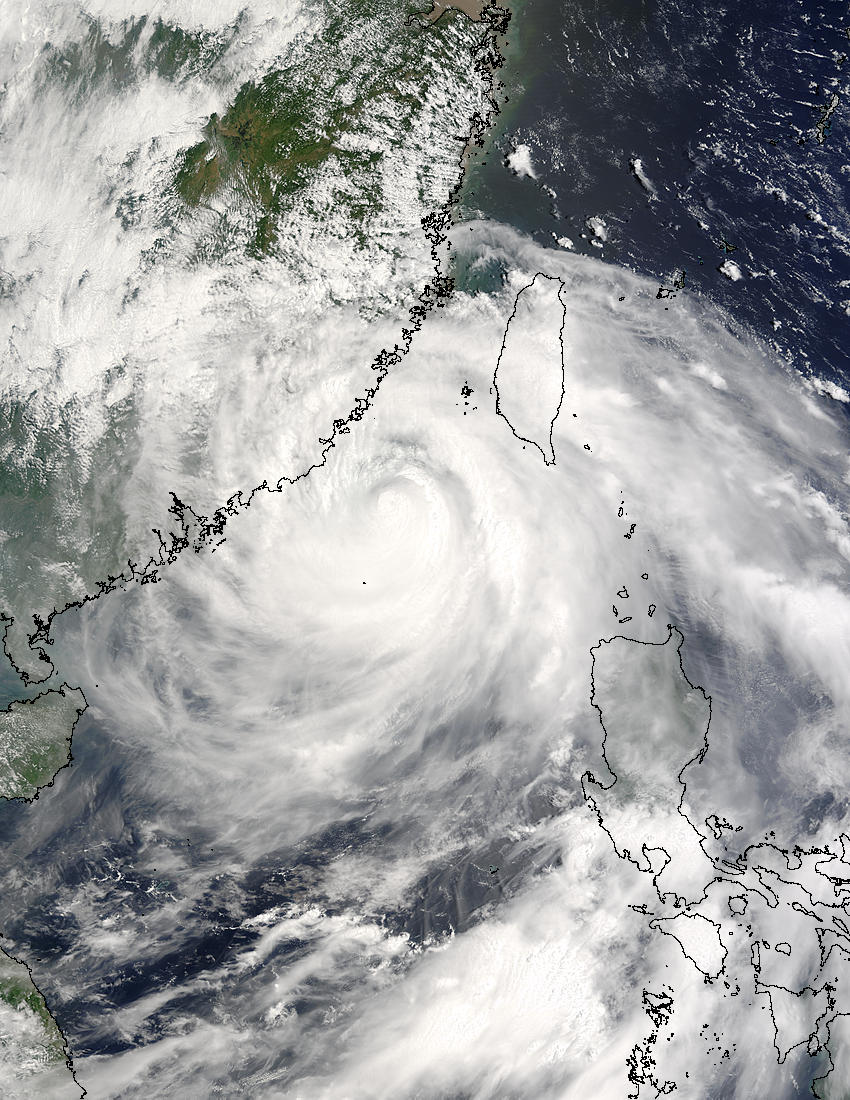 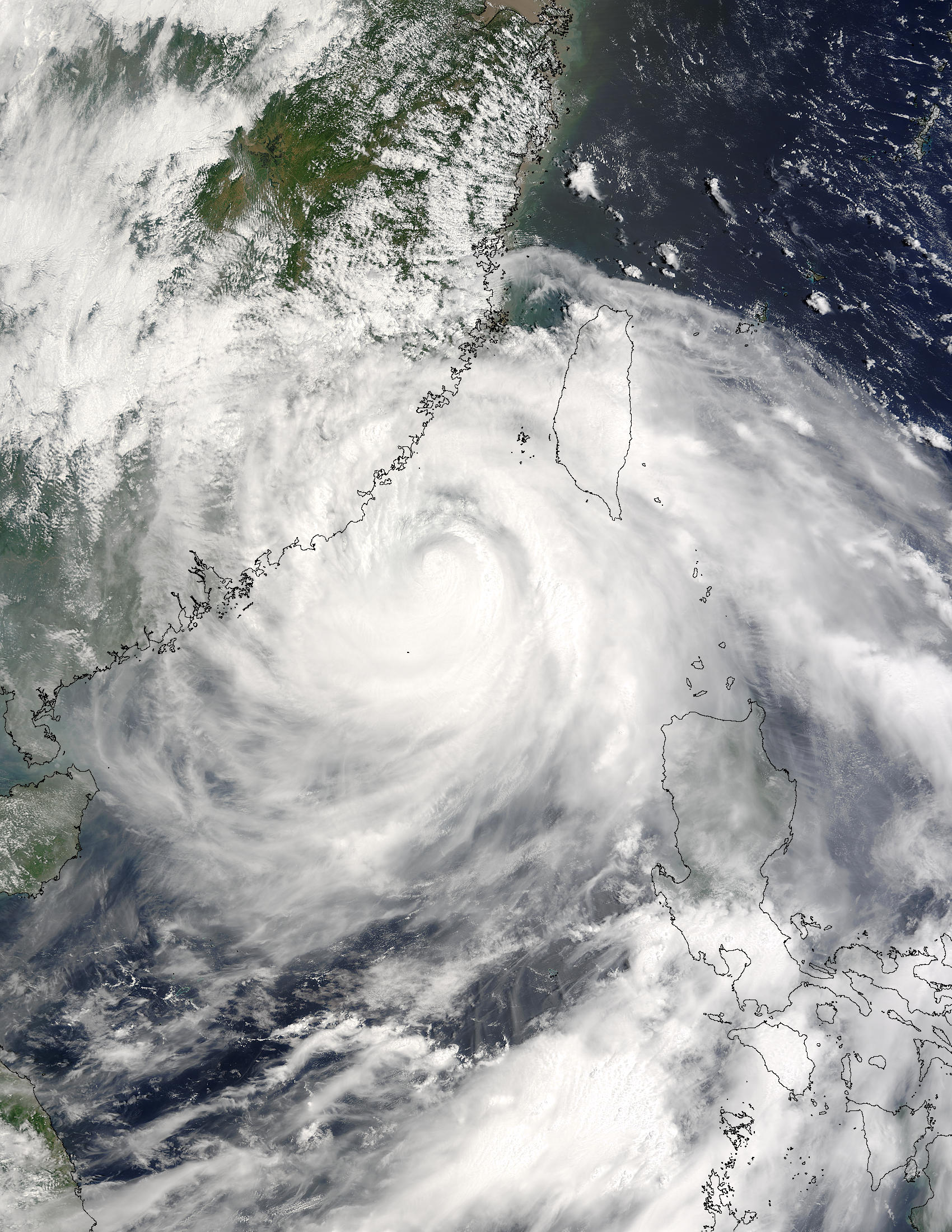 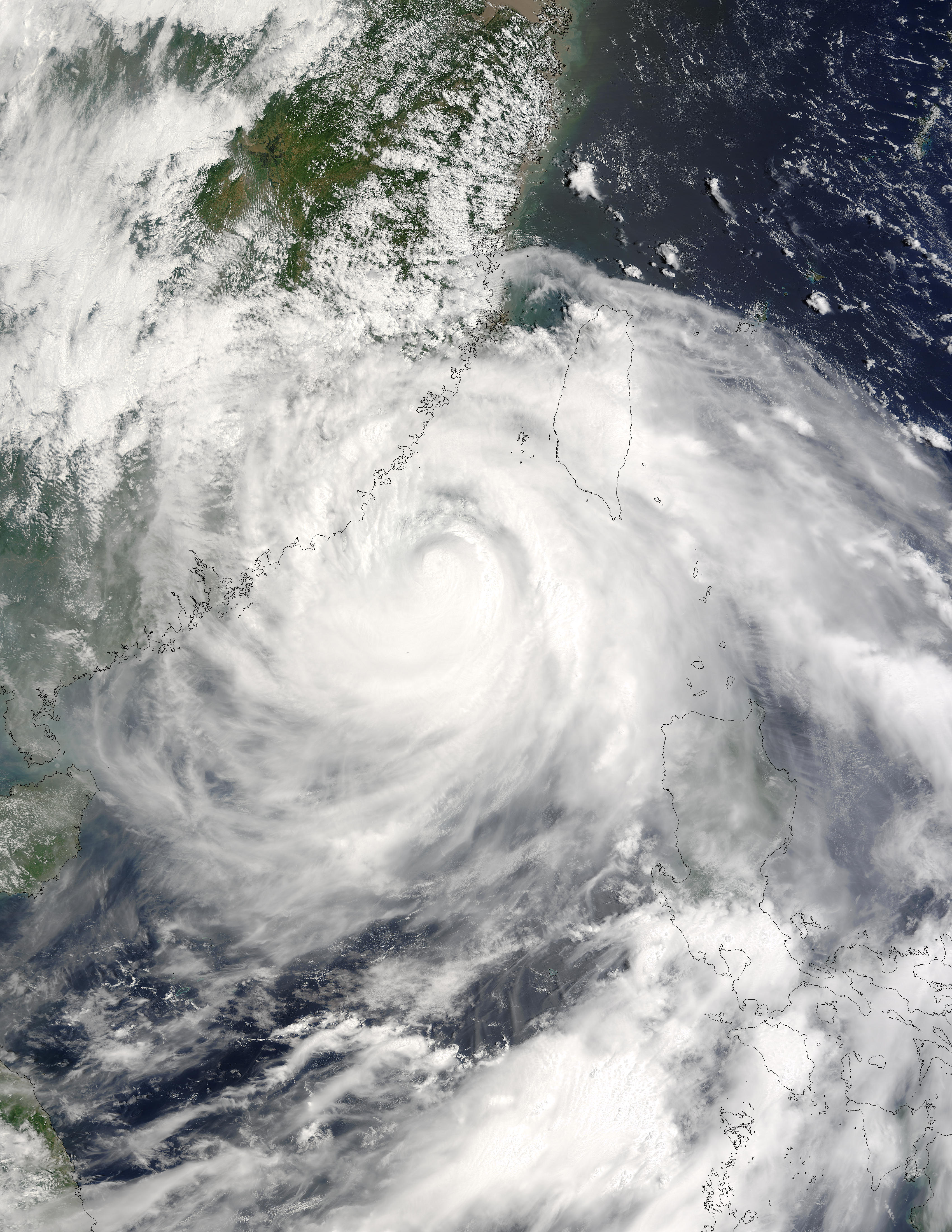 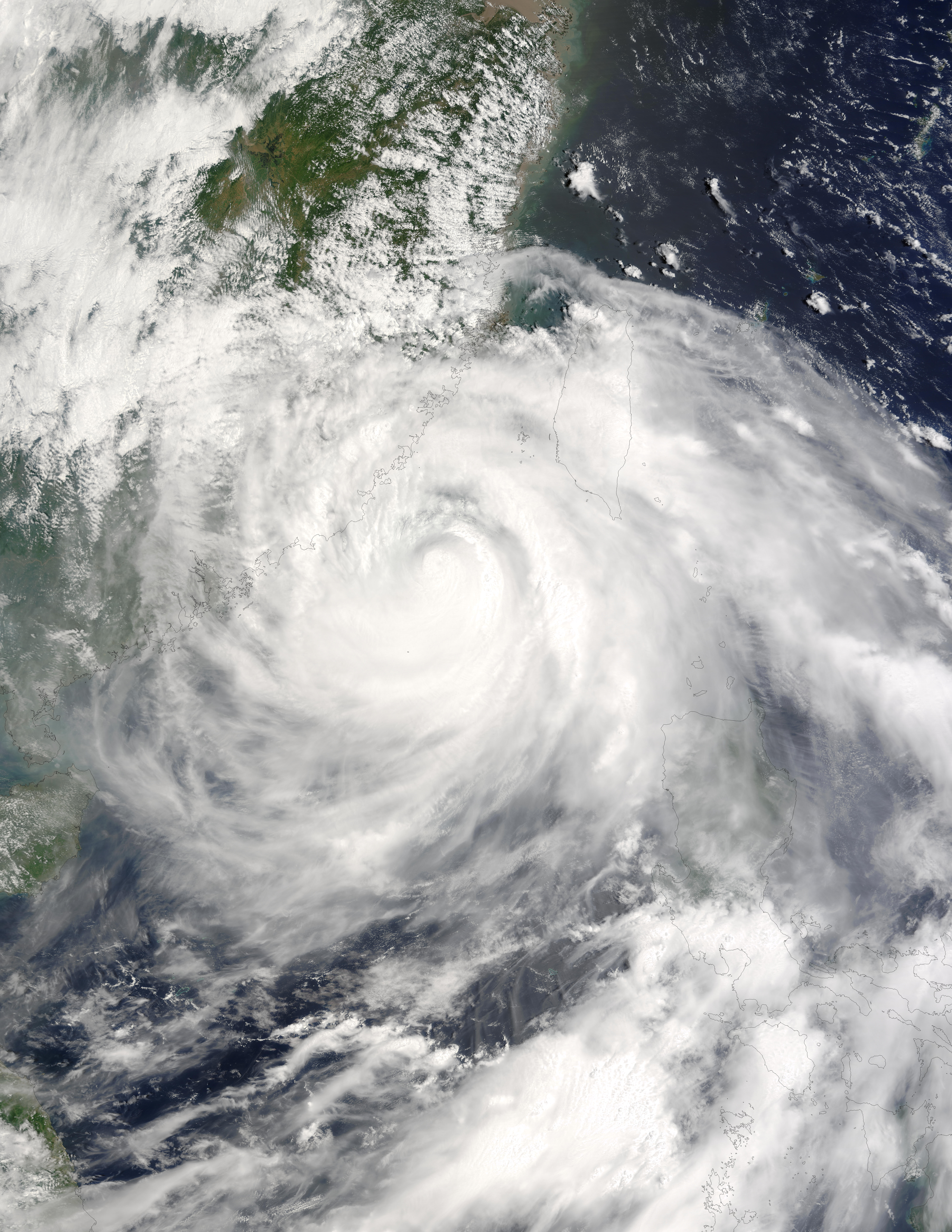 The MODIS instrument onboard NASA´s Terra spacecraft captured this bird´s-eye view of Typhoon Dujuan (Mandarin for azalea) as it was located just off the coast of China, near Hong Kong. At the time this image was taken on September 2, 2003, Dujuan was packing sustained winds near 70 mph with higher gusts and was moving toward the west-northwest at 21 mph.