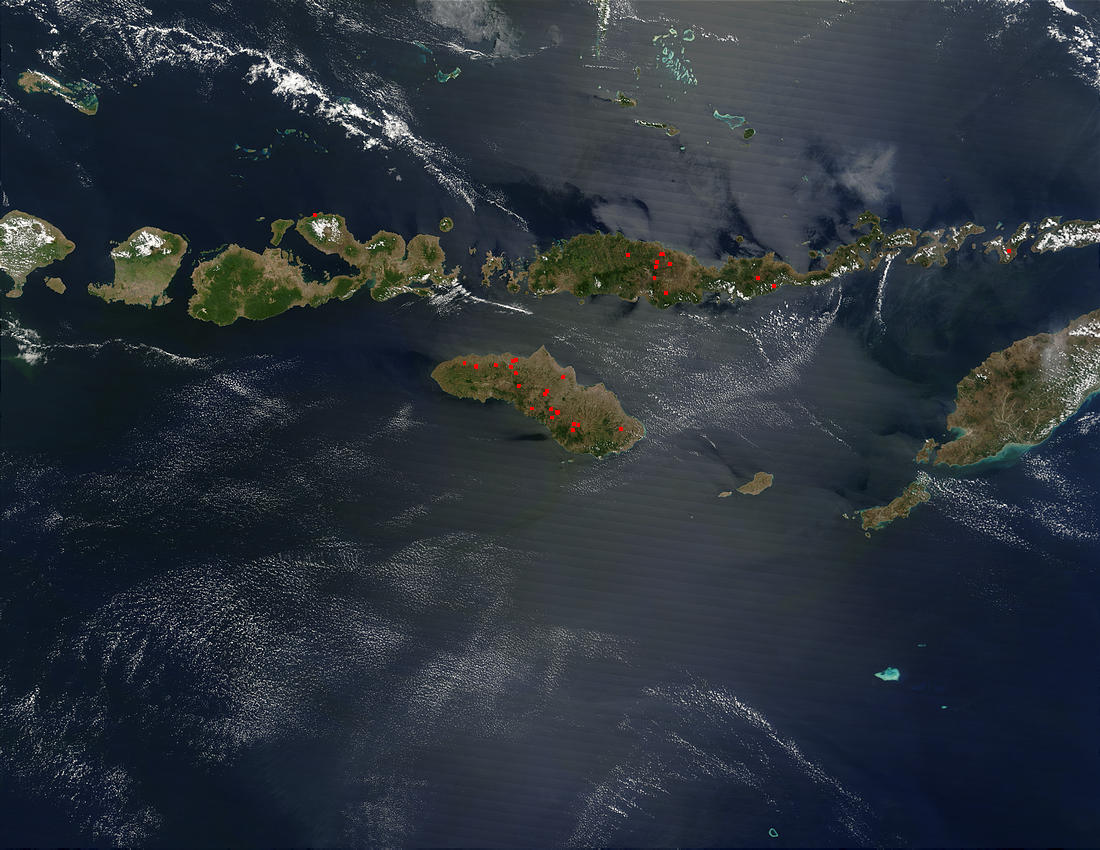 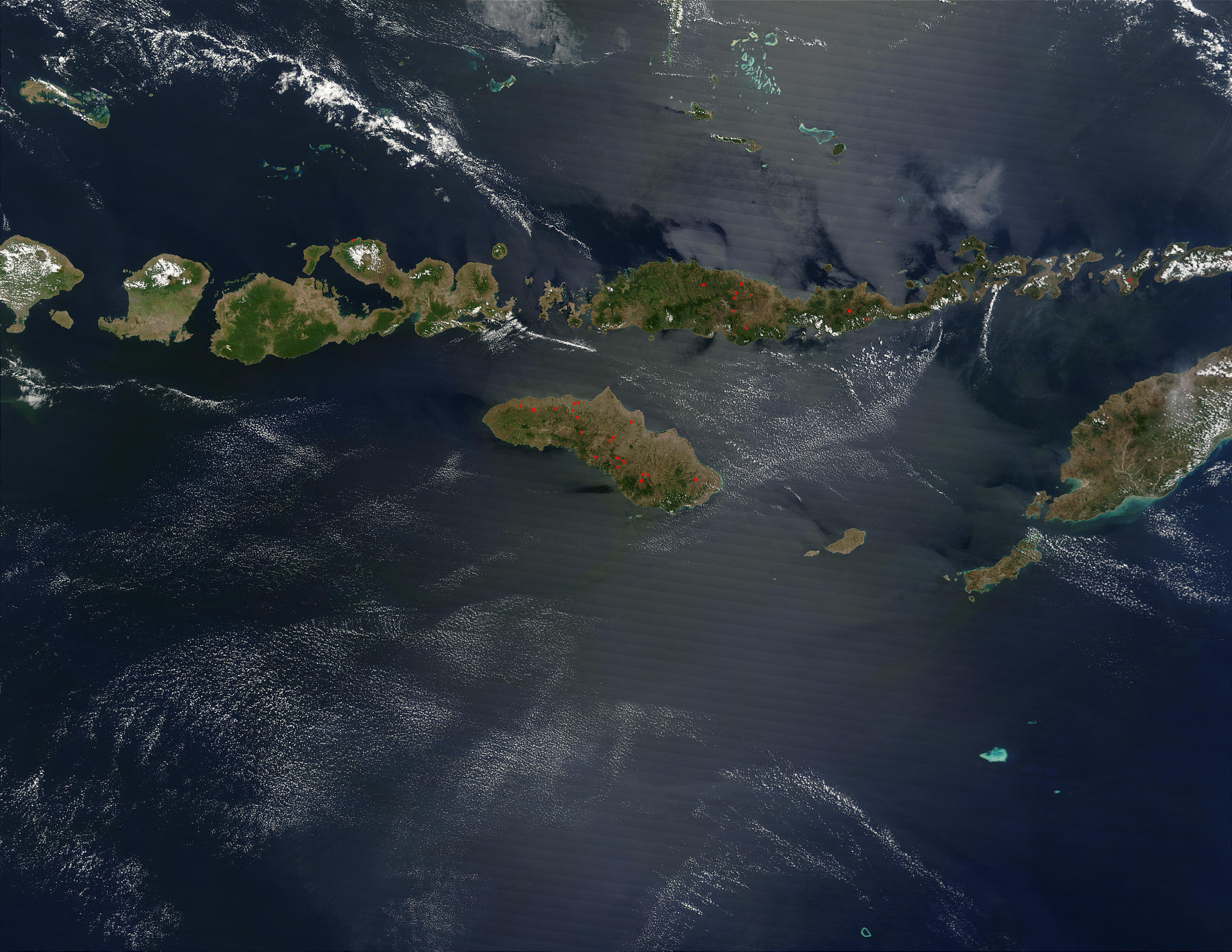 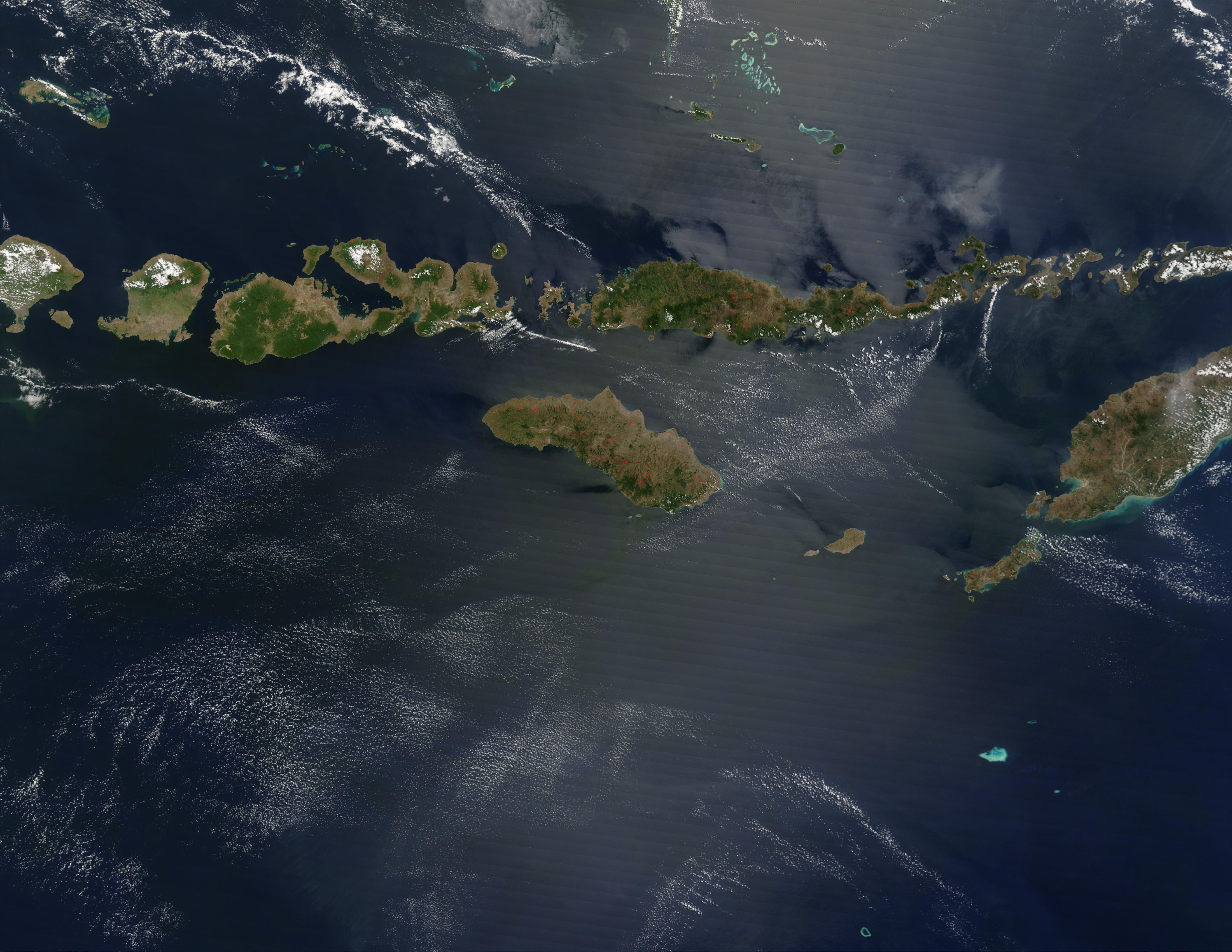 Forming the southern arc of central Indonesia, the Lesser Sunda Islands link the island of Java (west) to the island of Timor (east). The islands stretch 1,200 kilometers west to east, and traverse the waters of the Timor, Sawu, Banda, and Flores Seas, as well as the Indian Ocean. Dotted across the islands are a number of fires, which are marked in bright red.

Two tiny islands in this chain, Komodo and Rinca, are famous for being the home of dragons —of the non-mythical variety. Komodo Dragons are four-legged monitor lizards that are extremely fierce. They can weigh up to 130 kg (287 lbs) and grow to be over 3 meters (about 10 feet) in length. Komodo Dragons are a protected species, with only about 5700 of them living on these two and other smaller local islands. Komodo, Rinca, and Padar Islands (as well as numerous smaller islands) are part of Komodo National Park, which was established in 1980, and which was declared a World Heritage Site in 1991. Komodo Island is located just to the west of Flores Island, which is the long thin island dotted with numerous fires in the upper center of the image. This true-color Terra MODIS image was acquired on August 30, 2003.