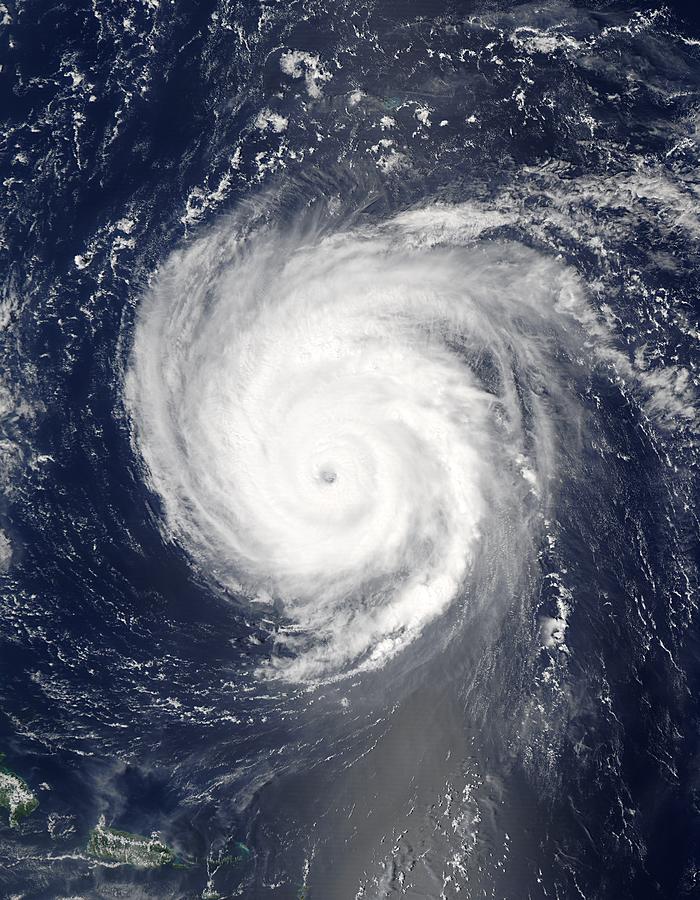 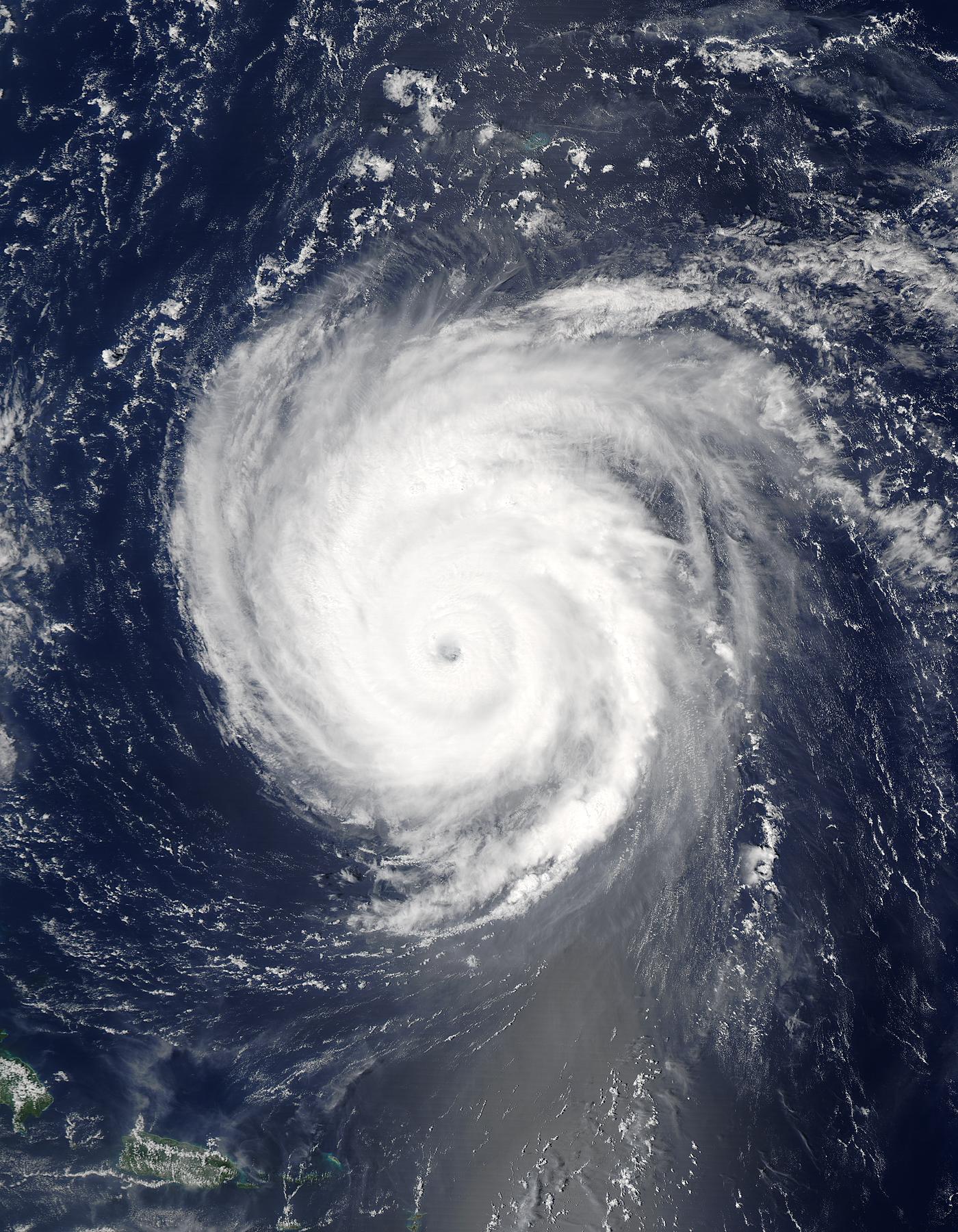 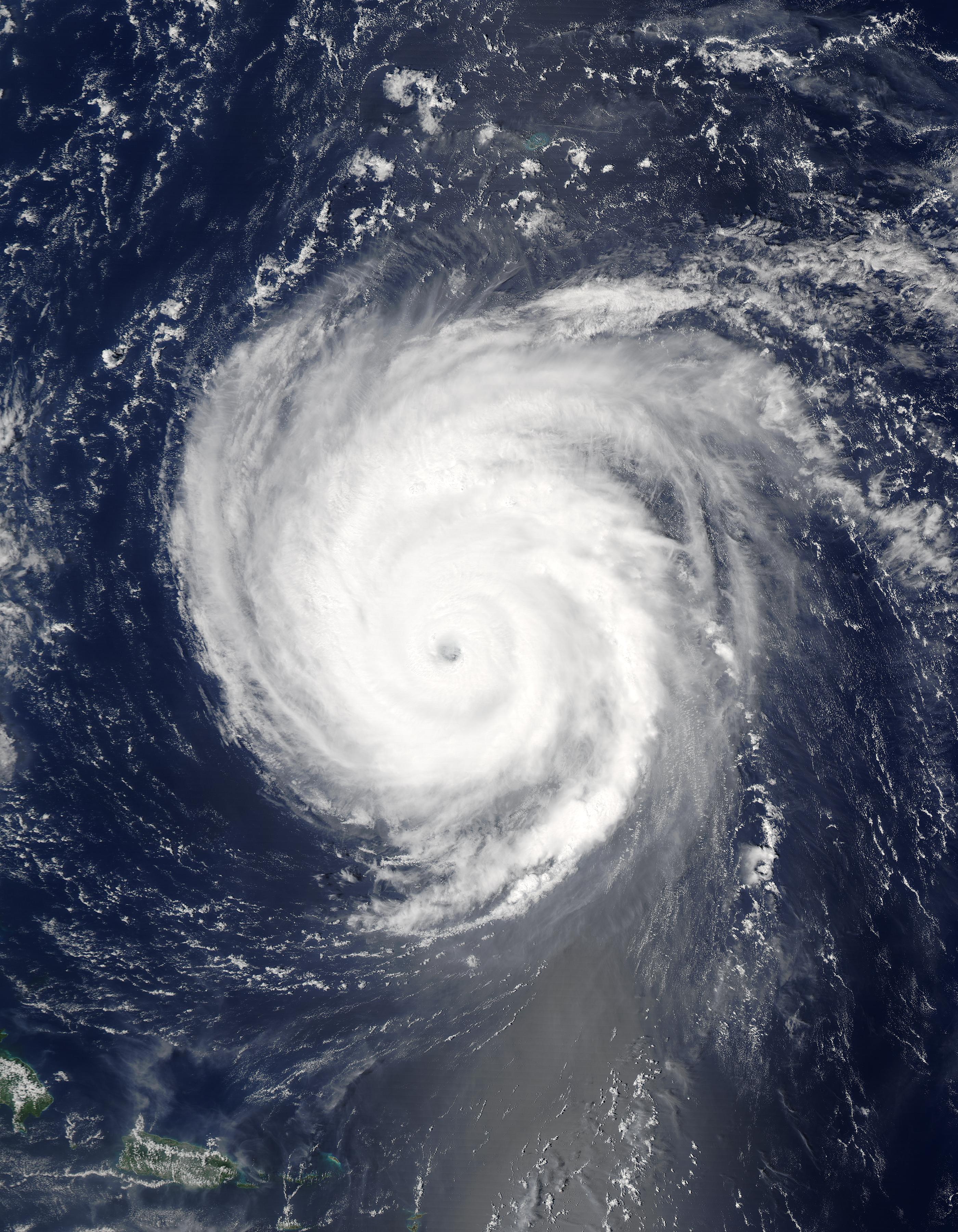 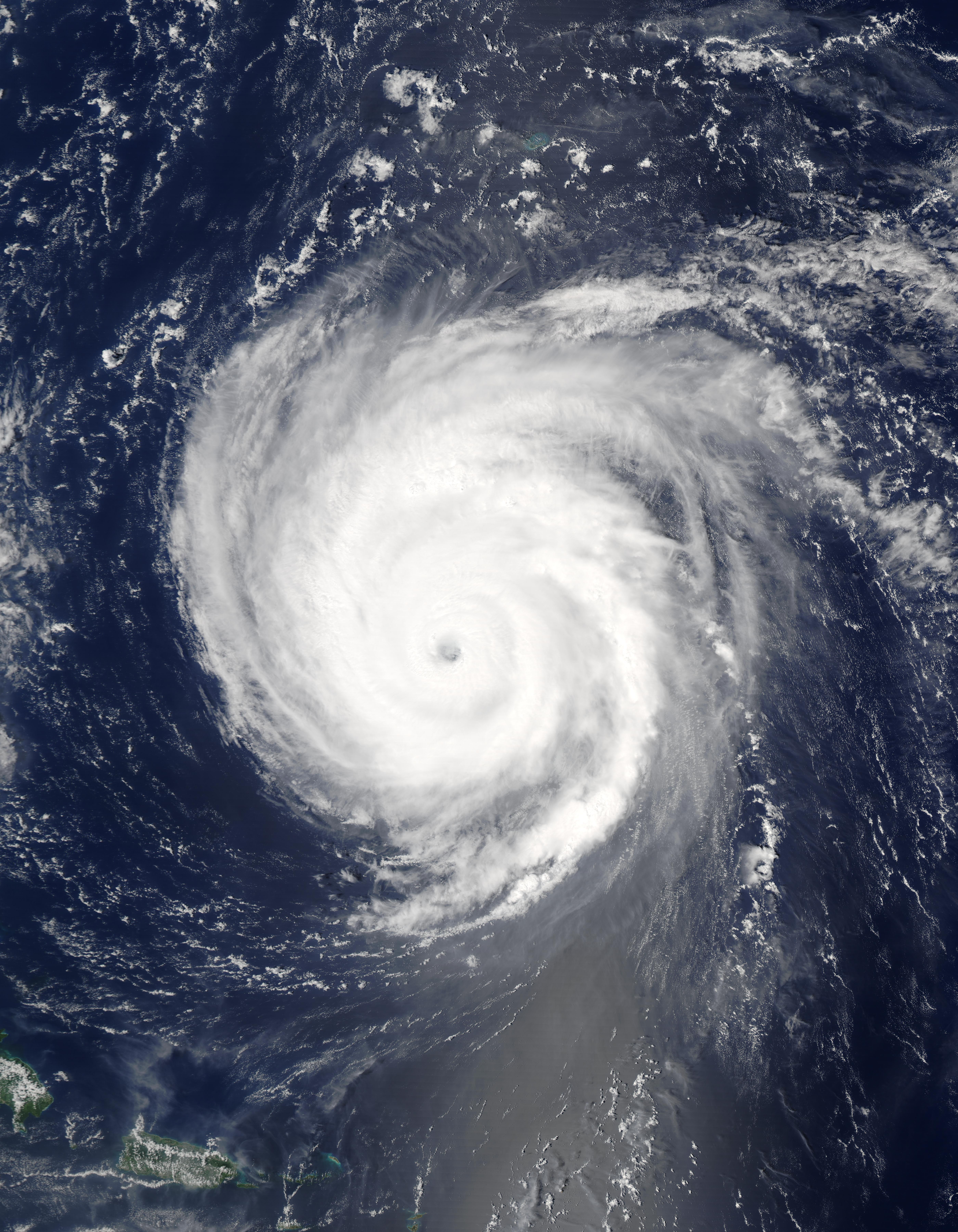 Hurricane Fabian poses an imminent threat to the tiny island of Bermuda, just visible outside the storm´s northern reaches in this Moderate Resolution Imaging Spectroradiometer (MODIS) image. At the time this image was taken on September 4, 2003, the storm packed sustained winds of 120 miles per hour with gusts up to 150 miles per hour making it a Category 3 storm on the Saffir-Simpson Hurricane Scale. The image was captured by NASA´s Aqua satellite at 2:15 local time.