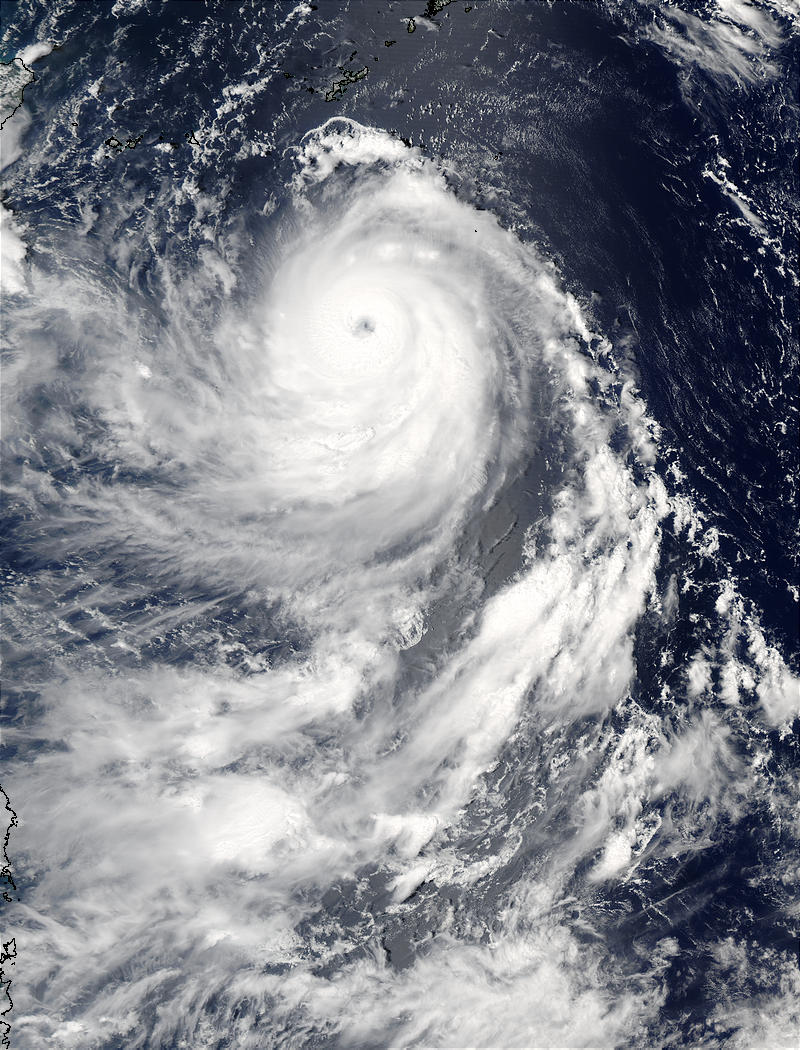 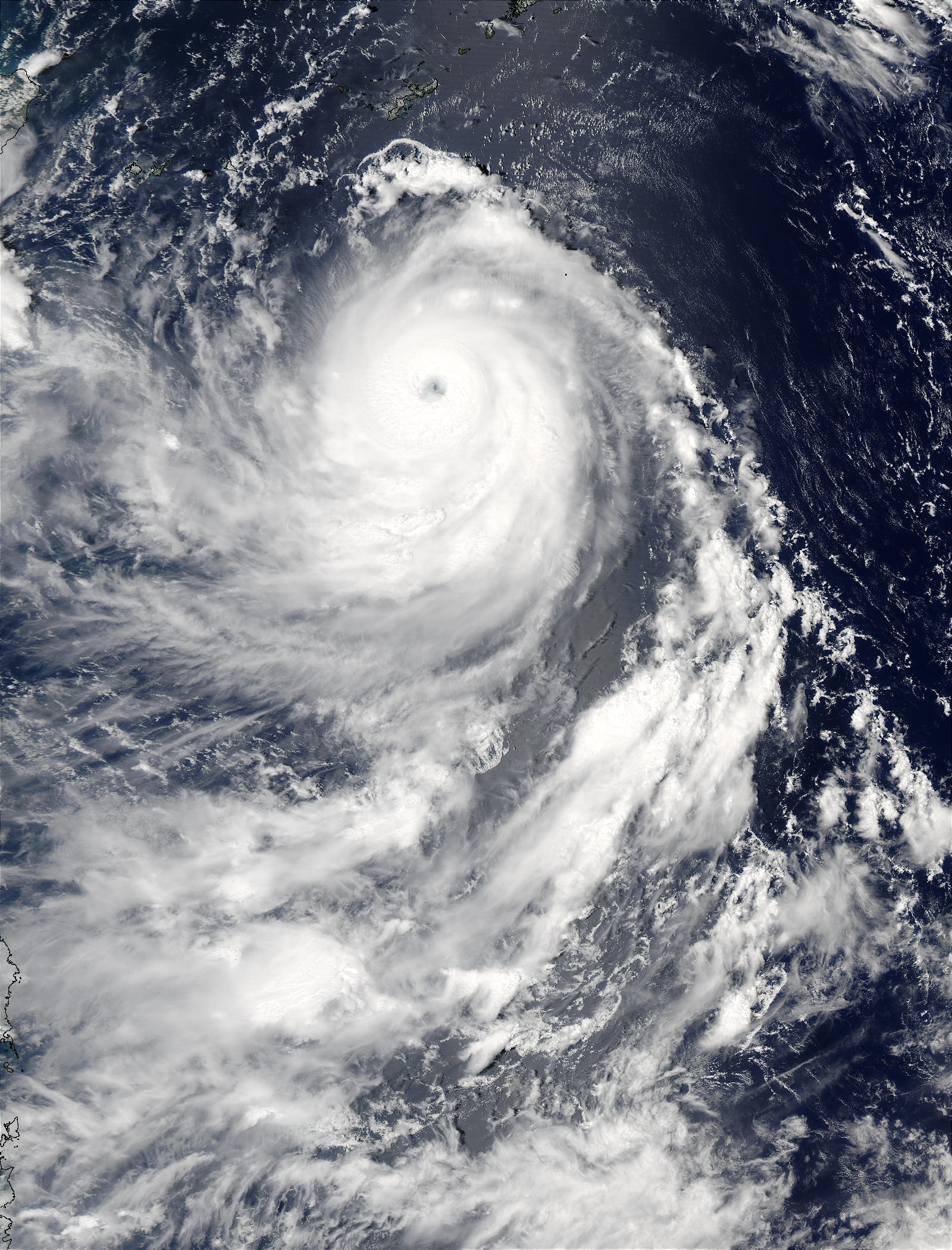 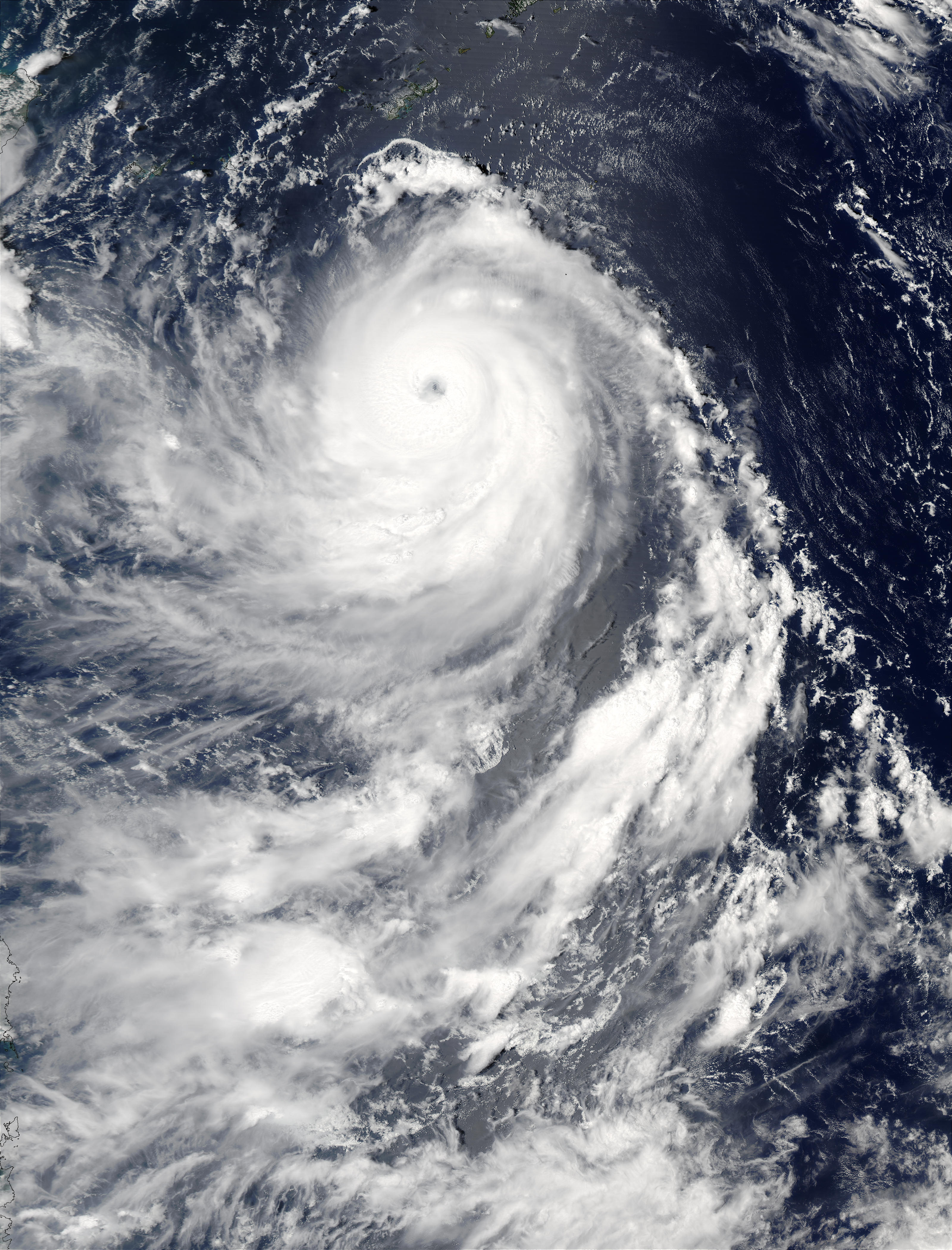 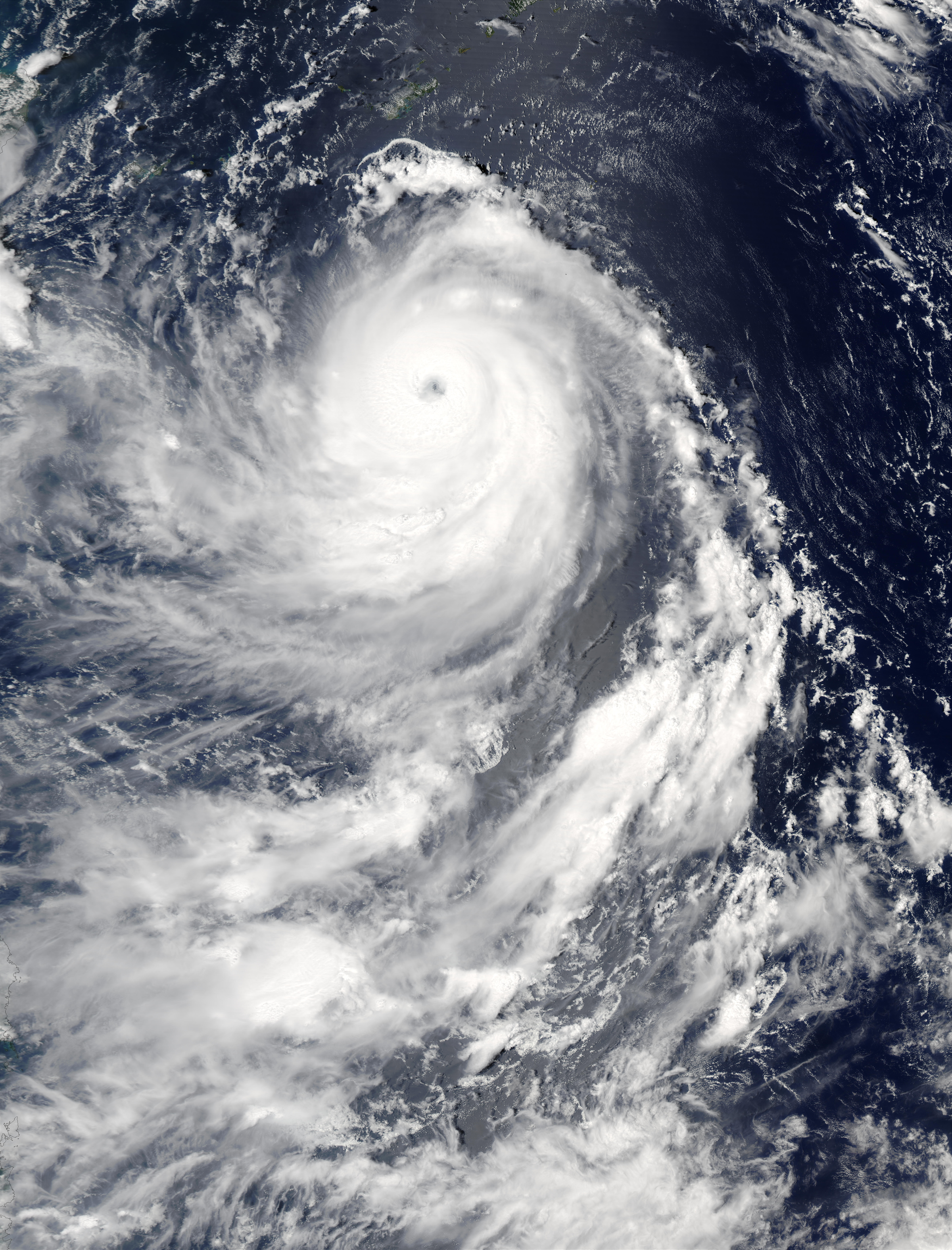 The MODIS instrument onboard NASA’s Terra satellite captured this true-color image of Typhoon Maemi located south-southeast of Okinawa, Japan. At the time this image was taken, Maemi was packing sustained winds of 130 mph with gusts to 160 mph.