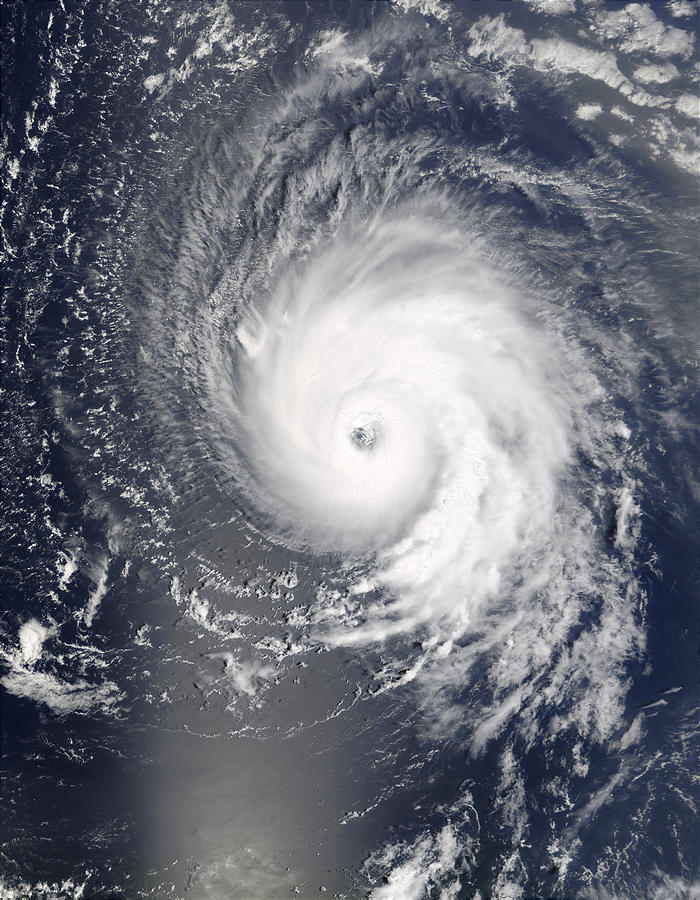 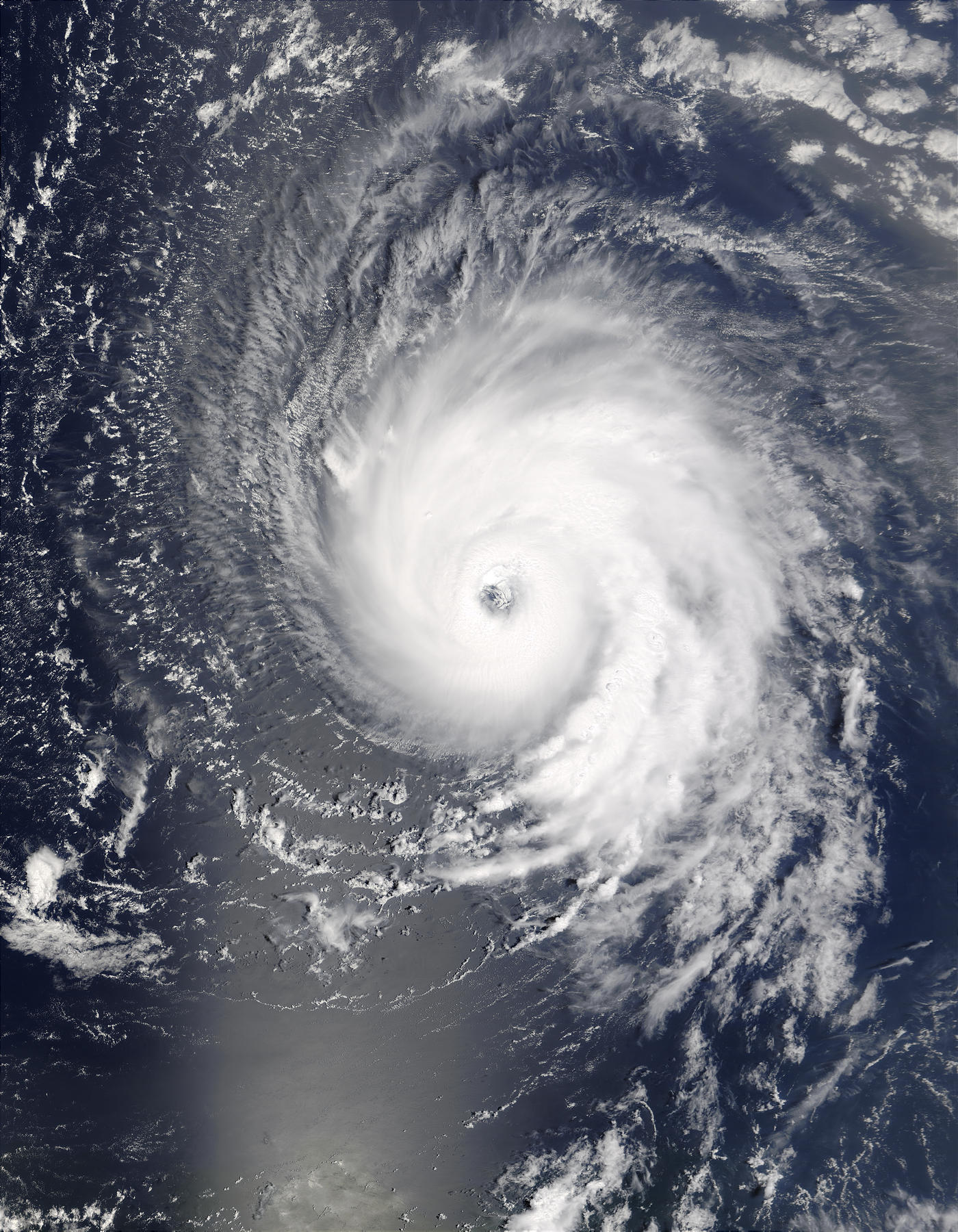 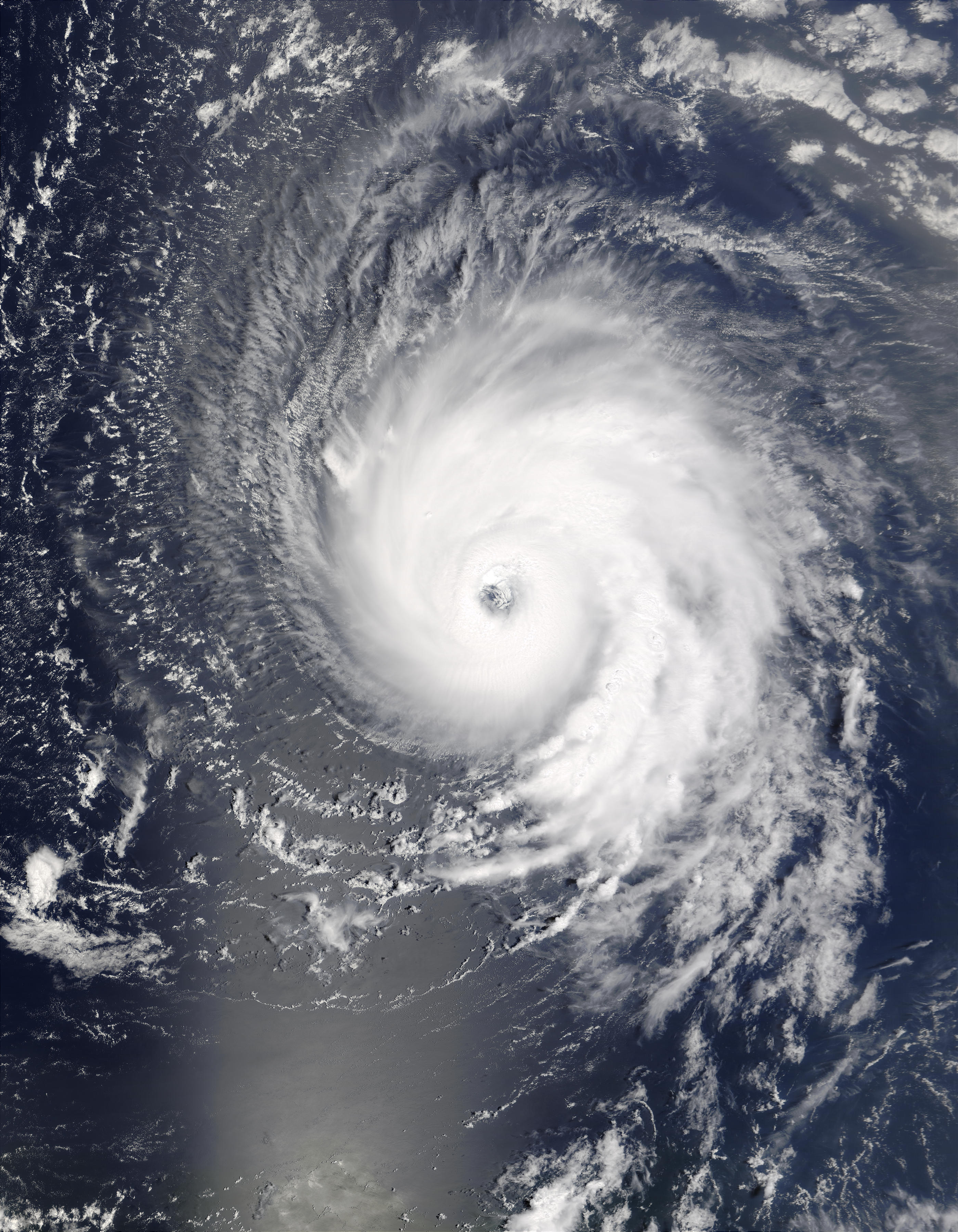 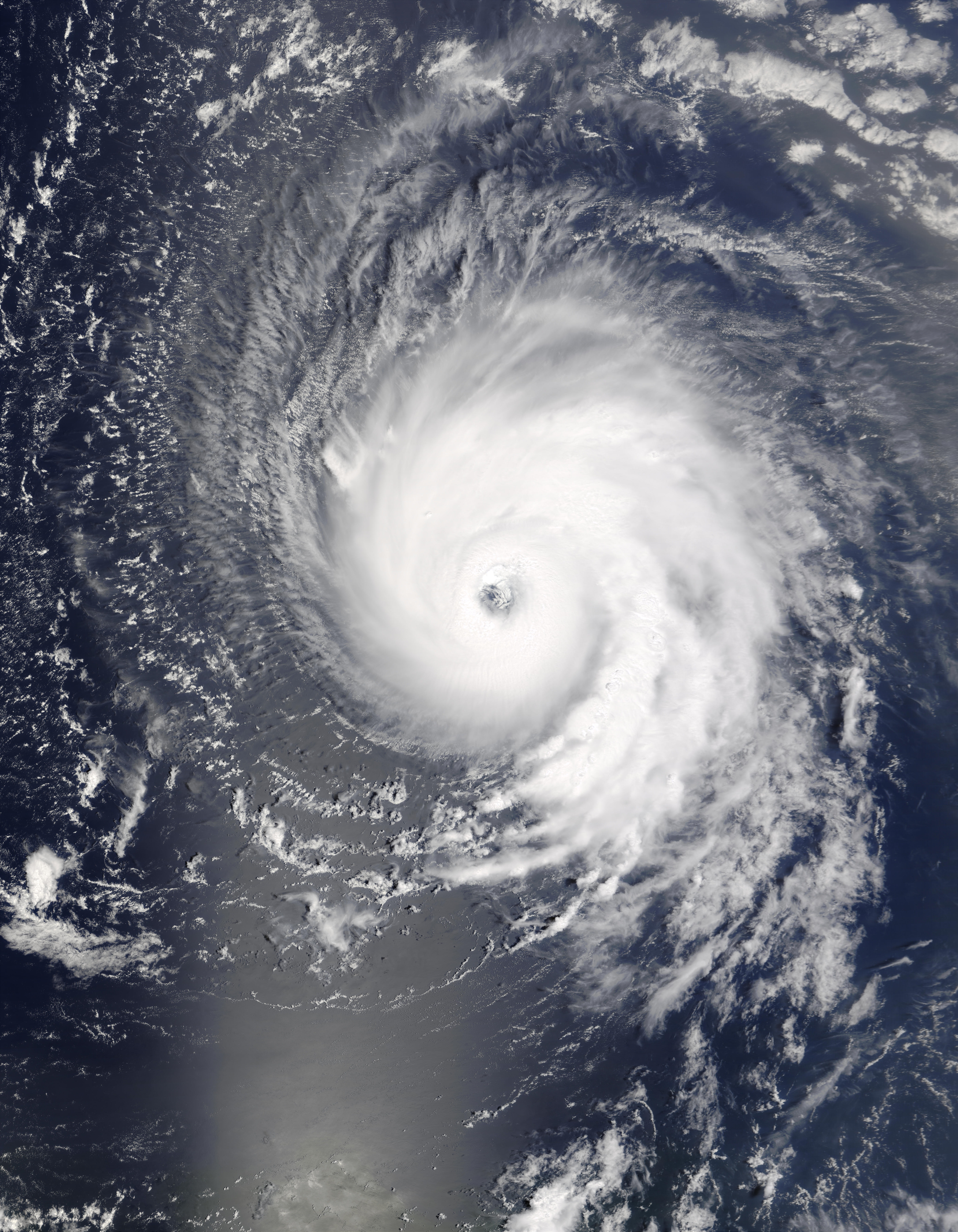 The MODIS instrument onboard NASA’s Terra satellite captured this bird’s-eye view of Hurricane Isabel churning away in the tropical Atlantic ocean. At the time this image was taken on September 8, 2003, Isabel had become the second major hurricane of the season (Category 3 on the Saffir-Simpson scale) with maximum sustained winds of 115 mph. Isabel was located approximately 1265 miles east of the Leeward Islands and was moving towards the west-northwest at 14 mph.