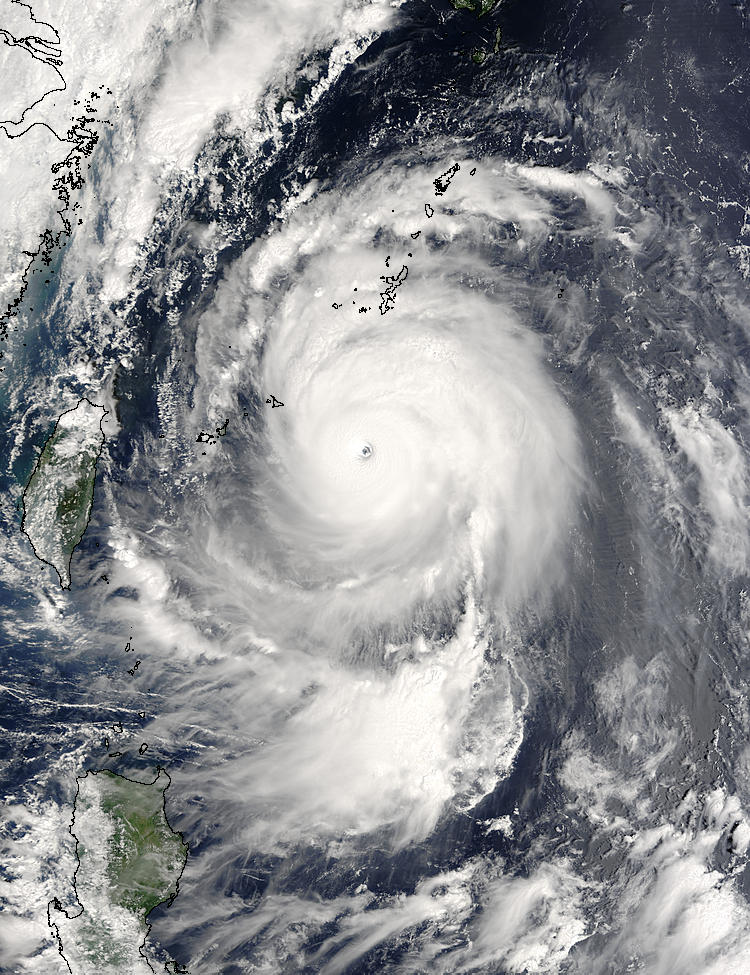 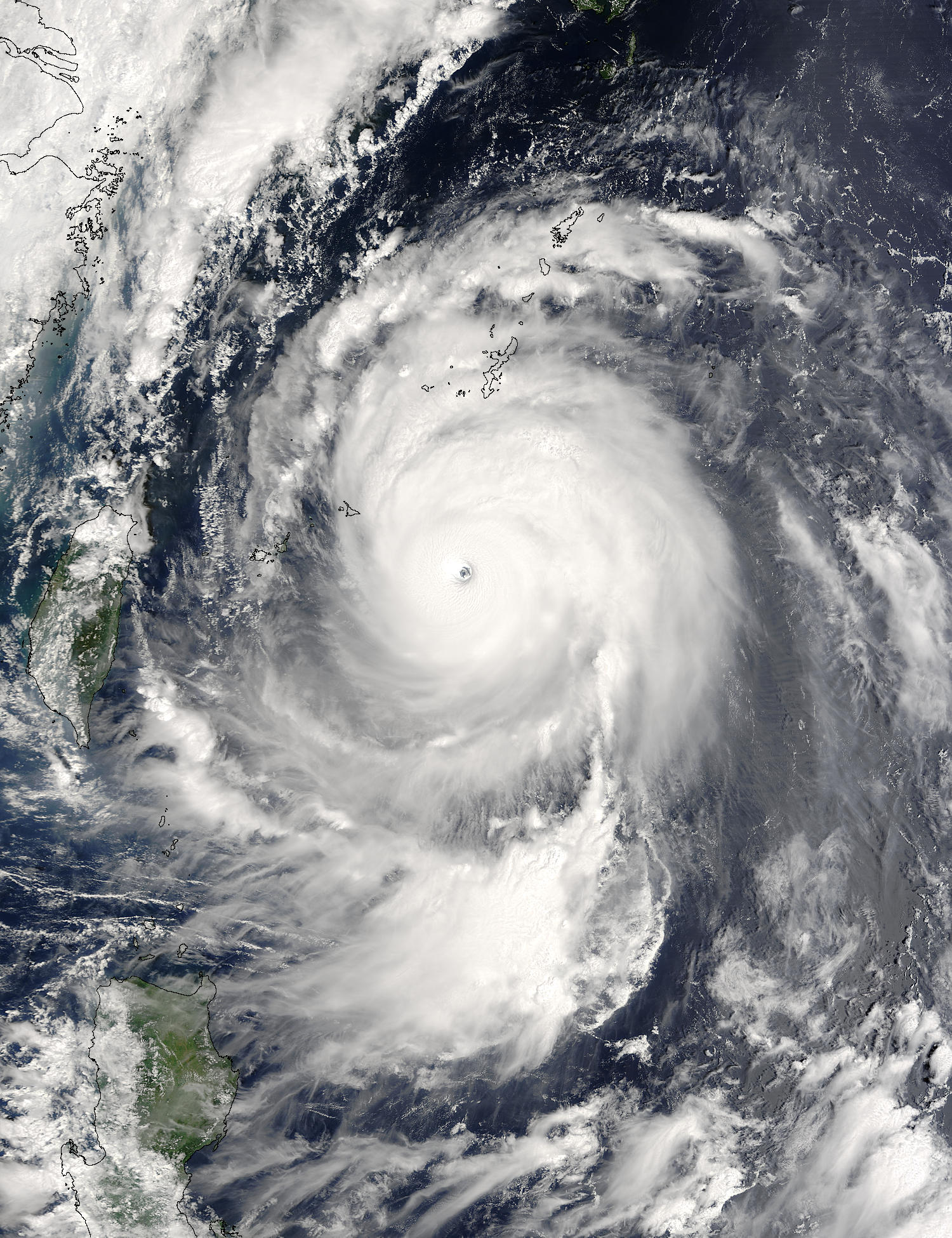 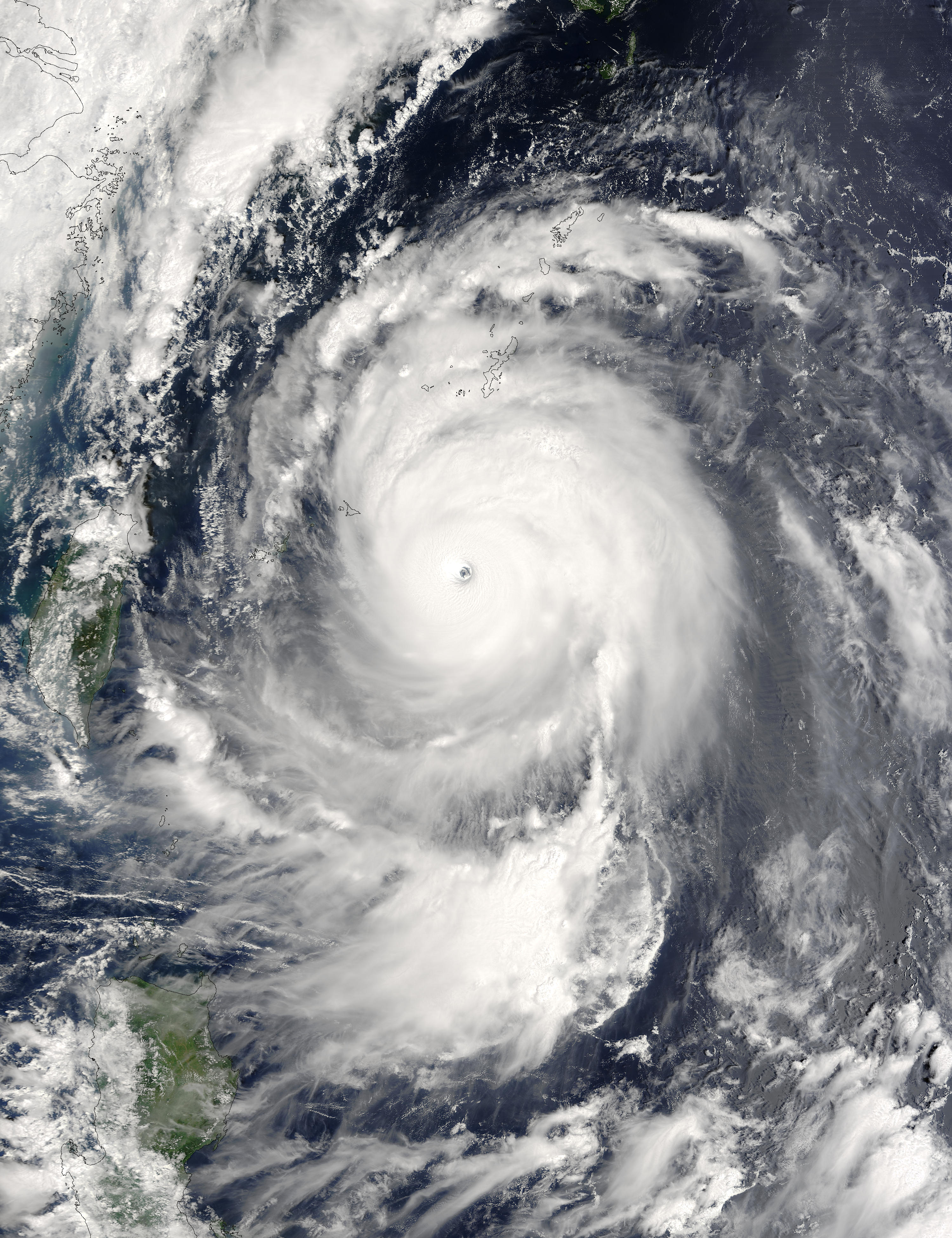 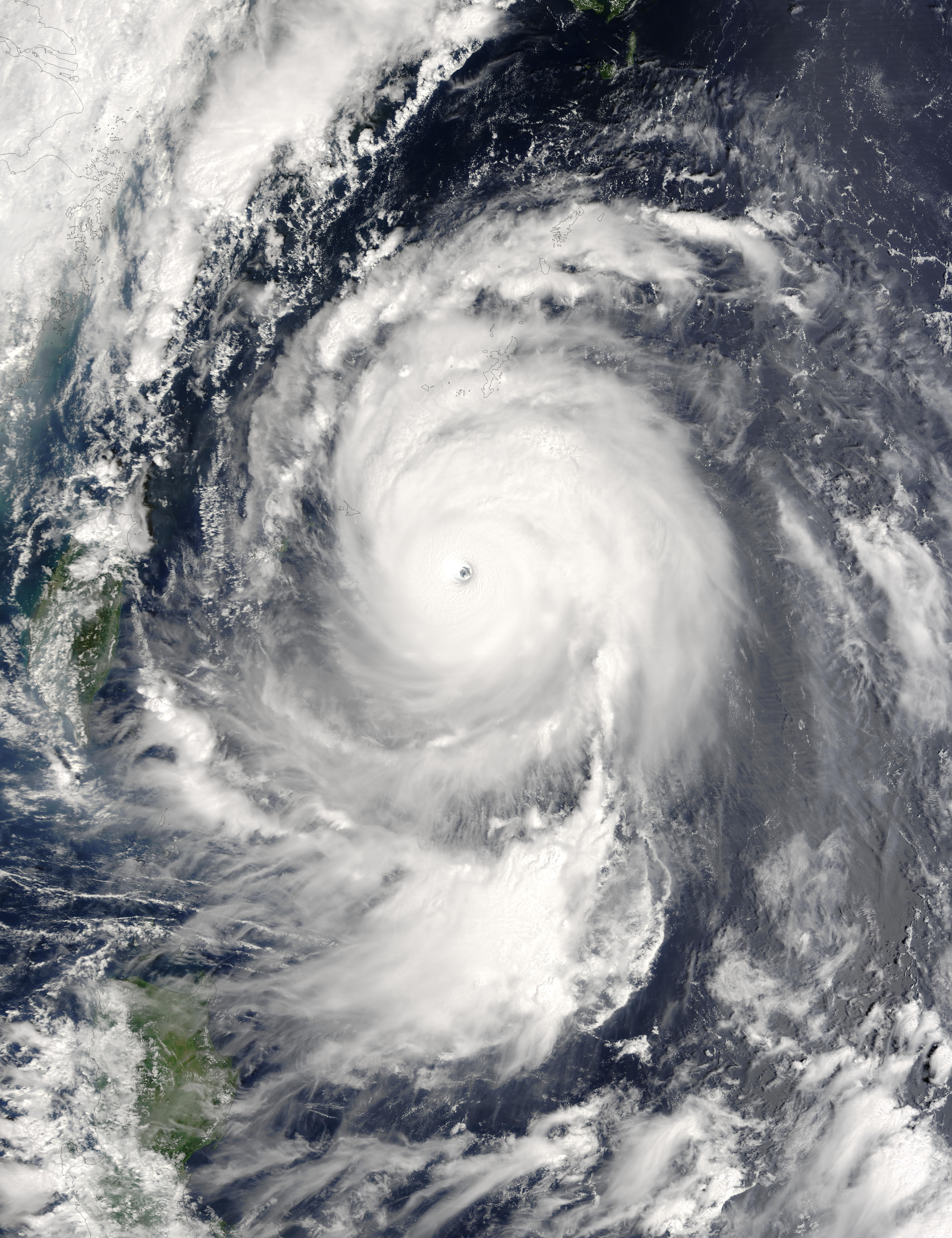 The MODIS instrument onboard NASA’s Terra satellite captured this true-color image of Typhoon Maemi located south-southeast of Okinawa, Japan on September 10, 2003. At the time this image was taken, Maemi was packing sustained winds of 172 mph with gusts to 200 mph.

By this time, Maemi had grown into a super-typhoon, a category that the U.S. Joint Typhoon Warning Center reserves for storms with sustained wind speeds greater than 150 miles per hour. Super Typhoon Maemi would be roughly equivalent to a category 5 hurricane on the Saffir-Simpson Hurricane Scale.